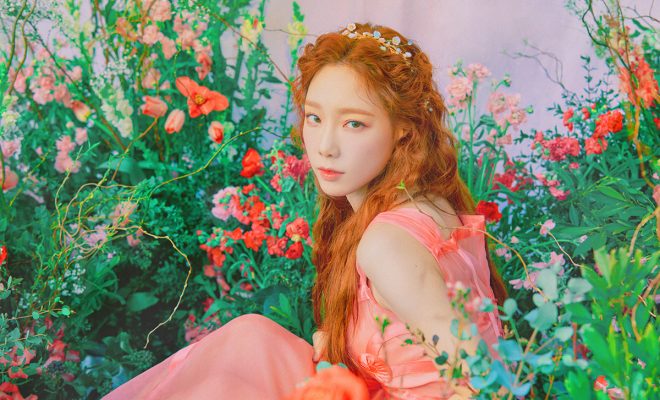 By Prerna Mistry | May 5, 2020
FacebookTwitter
SubscribeGoogleWhatsappPinterestDiggRedditStumbleuponVkWeiboPocketTumblrMailMeneameOdnoklassniki

Taeyeon is back and is already making fans blissful with “Happy”!

Taeyeon looks radiant in her comeback single “Happy.” Her rich vocals evoke a certain euphoria that is hard to miss within the track as well as in it’s MV. 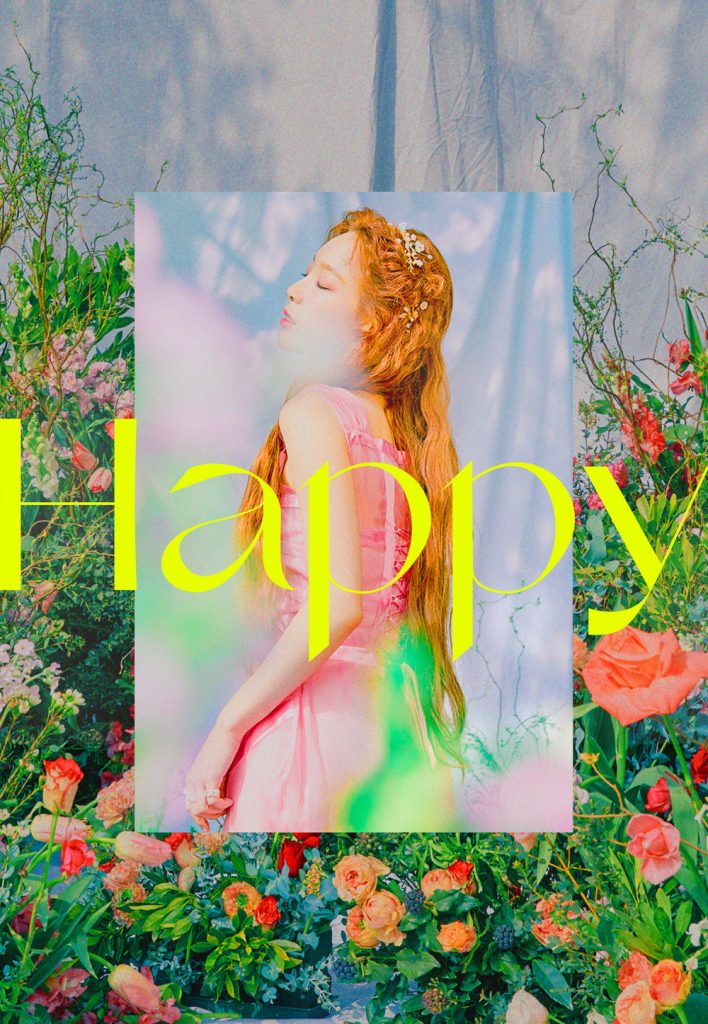 Earlier on March 3, Taeyeon surprised fans with the announcement of her comeback with a bewitching teaser image for her upcoming single, “Happy,” that showed a resplendent Taeyeon looking like art personified. The image was posted on SM Entertainment’s SNS with the release date for March 9 to coincide with Taeyeon’s birthday.

Besides this, a nostalgia invoking teaser was released as part of the announcement as well.

Unfortunately, on March 9, Taeyeon’s father passed away unexpectedly due to a cardiac arrest. And understandably, the comeback as well as her broadcast activities at the time were put on hold.

However, on April 30, both SM Entertainment and Taeyeon revealed the new date of her much awaited comeback “Happy” on May 4 on their SNS.

A second teaser to commemorate the comeback was released on May 2. It showed Taeyeon looking charming and charismatic in each frame.

The track is as happy as it can be! When you hear “Happy,” for the first time, irrespective of whether you’re familiar with they lyrics, it makes you want to sing along to it, due to the track’s romantic feel and dreamy vibe.

The song really makes you smile at least once. “Happy,” embodies a very vintage – an almost 50s mood, with its doo wop style melody. It starts off with a retro piano tune later advancing into orchestral brassy tones and heavy percussions.

Taeyeon sounds just like a dream; she doesn’t delve into many complex notes that she’s showcased with her powerful vocals over the years.

However, having said that, the simplicity of the beat of the track harmonizes effortlessly with Taeyeon’s voice. “Happy,” is a feel good song that without a doubt should exist in everyone’s playlists!

Vibrant, colourful, delightful – you name it, it’s all that and more! Taeyeon is breathtaking in each and every frame.

The MV maintains an old world charm throughout. Especially with the way everything’s depicted, all from the decor, the cassettes, the vintage television set as well as Taeyeon’s fashion style with space buns, bell bottomed jeans and the 90s inspired sweater top. The amount of detail put into the planning of the video’s overall style is notable.

The stills are very tranquil flaunting idyllic cinematography, with the cutesy filters and aesthetics. Towards the end of the MV, Taeyeon looks no less than a Disney princess especially when she’s singing in a floral setting with a mic decorated in flowers, a flower crown adorning her auburn tresses as she stuns while looking regal in a pink dress.

The MV is the perfect expression of the track as it brings out the optimism of “Happy,” to life in the most picturesque manner.

Hellokpop, as an independent Korean entertainment news website (without influence from any agency or corporation), we need your support! If you have enjoyed our work, consider to support us with a one-time or recurring donation from as low as US$5 to keep our site going! Donate securely below via Stripe, Paypal, Apple Pay or Google Wallet.
FacebookTwitter
SubscribeGoogleWhatsappPinterestDiggRedditStumbleuponVkWeiboPocketTumblrMailMeneameOdnoklassniki
Related ItemscomebackHappyTaeyeon
← Previous Story Taeyeon Impressively Tops Music Charts With New Single “Happy”
Next Story → OH MY GIRL Reigns On Korean YouTube Charts With Mini-Album “Nonstop”