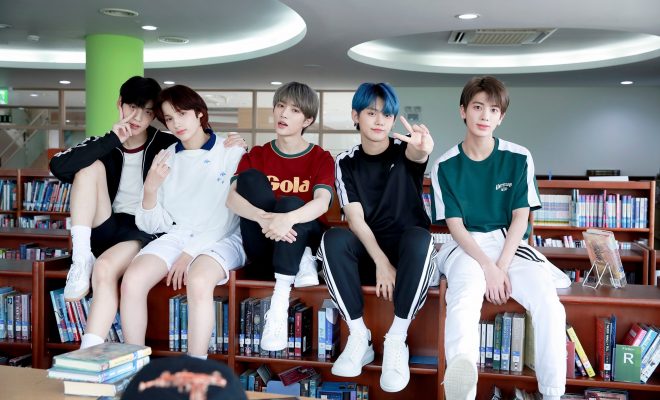 Utterly a magical comeback for TXT!

Seven months after their debut, TXT is back and continues to pursue their dreams. Following the group’s “dream chapter” series album, The Dream Chapter: Magic is truly an enchanting music experience. 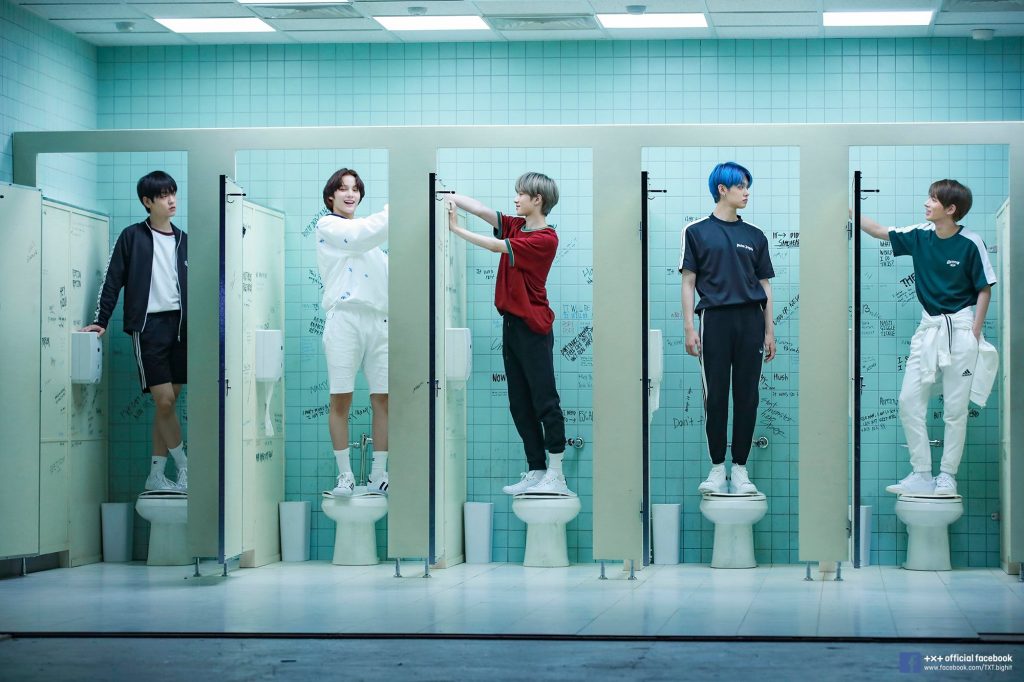 Unveiling their image and photo teasers, the album’s title track will lead us to a whimsical world full of magic.

Since their comeback announcement on October 1, TXT were dropping teasers that leave the fans in awe. On October 2, the group released an album concept trailer brimming with dazzling visual effects. It was followed by the concept trailer’s dance focus on the next day.

Besides the video trailers, the quintet also unveiled group and individual GIFs and photo collage teasers entitled “Sanctuary” and “Arcadia” on October 6 and 7 respectively. 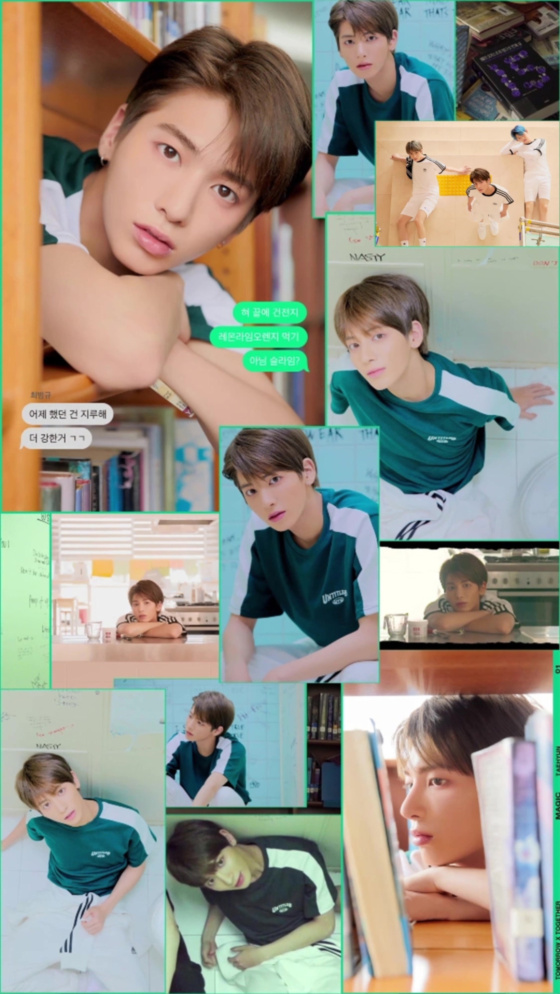 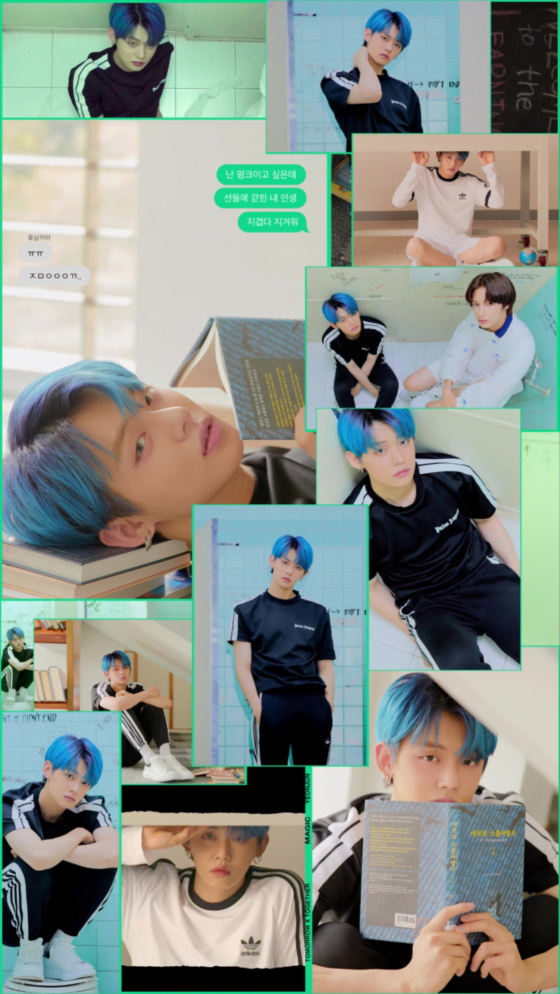 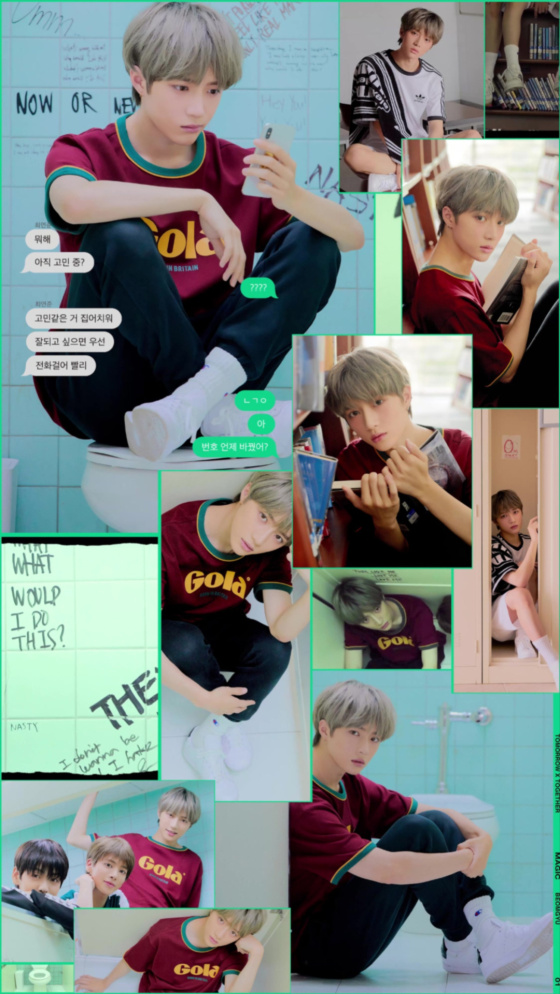 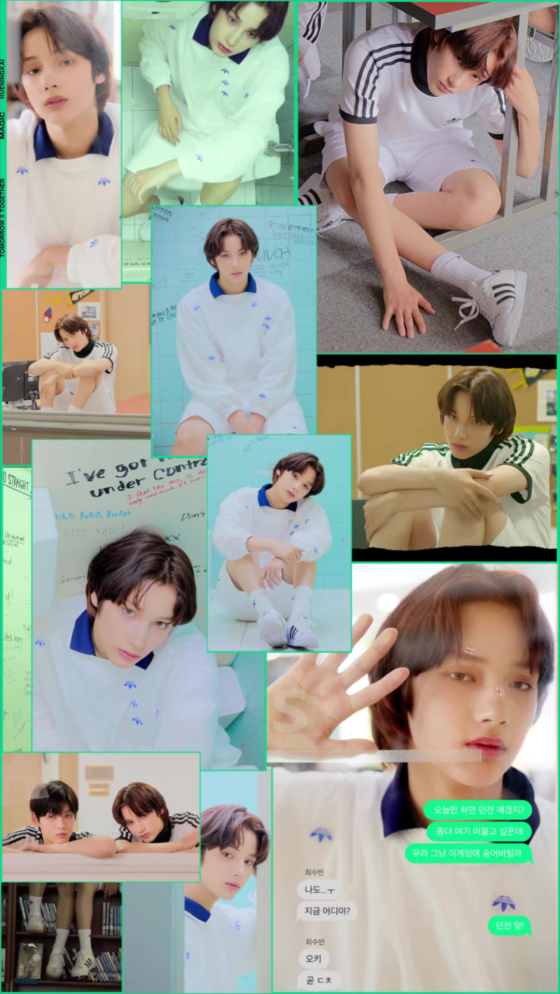 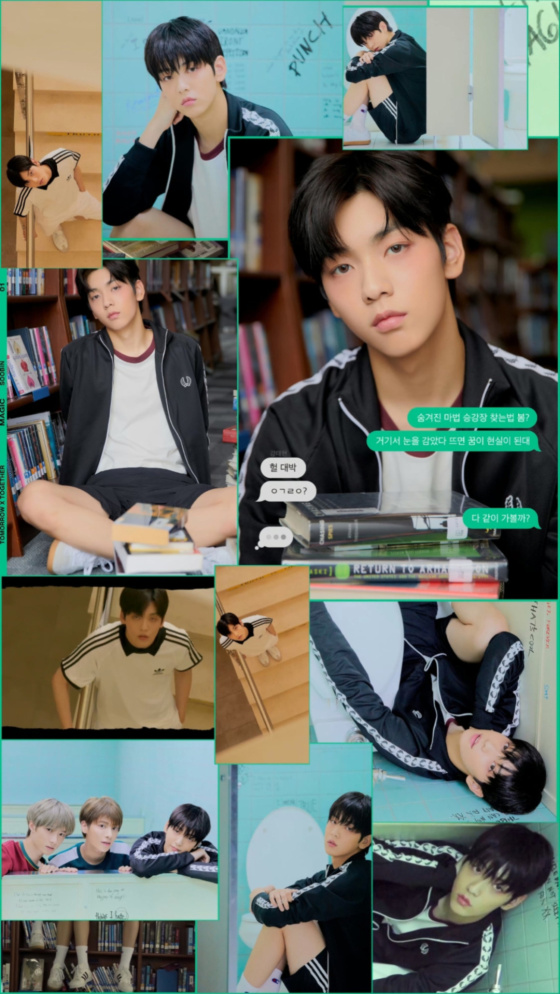 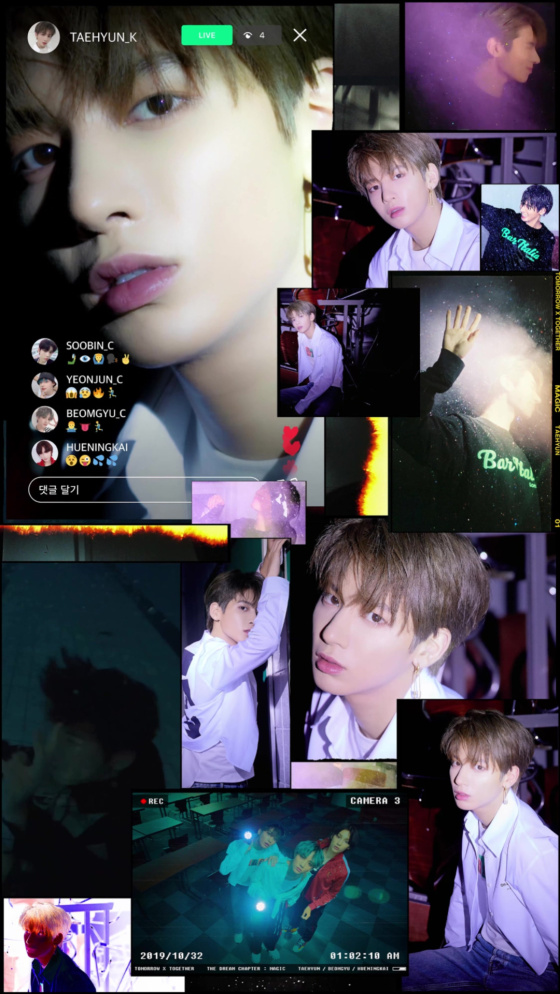 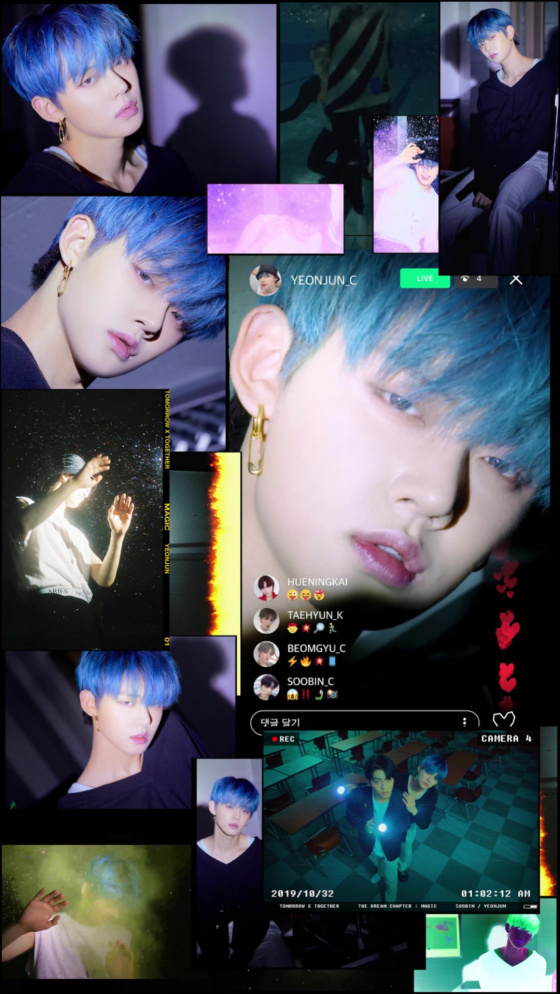 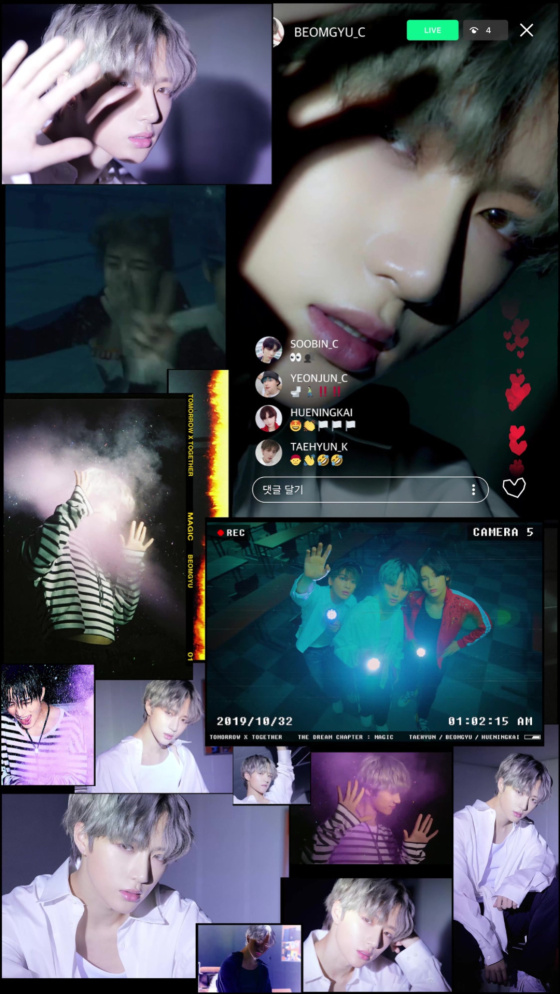 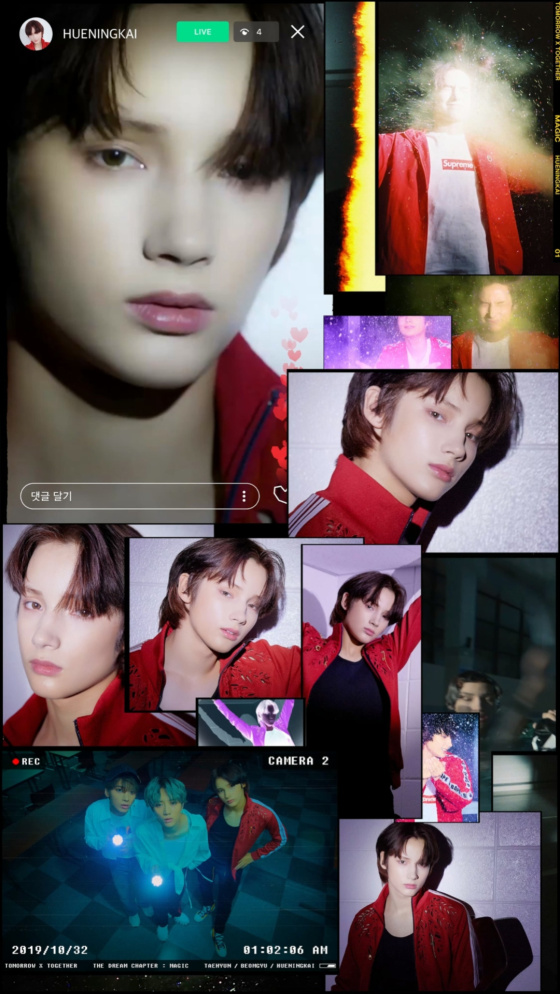 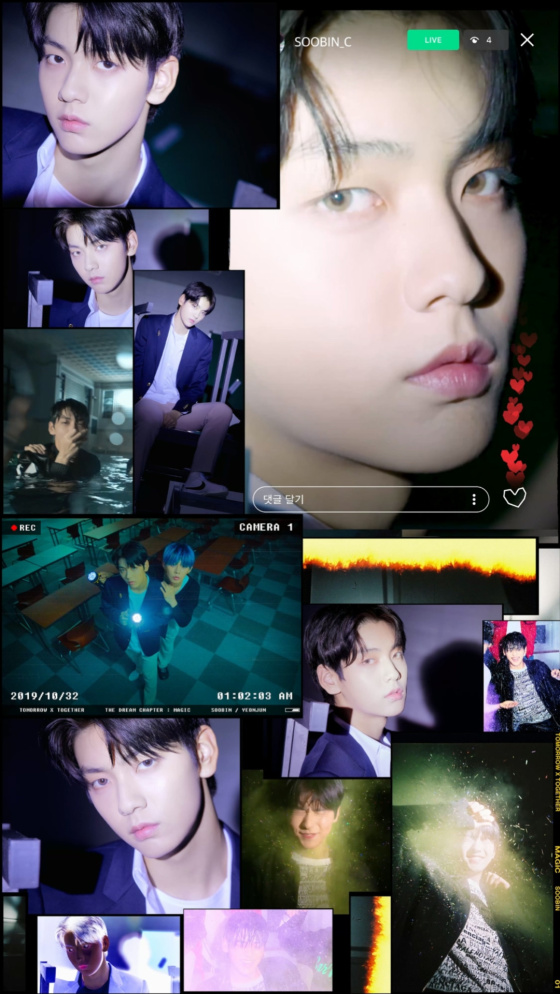 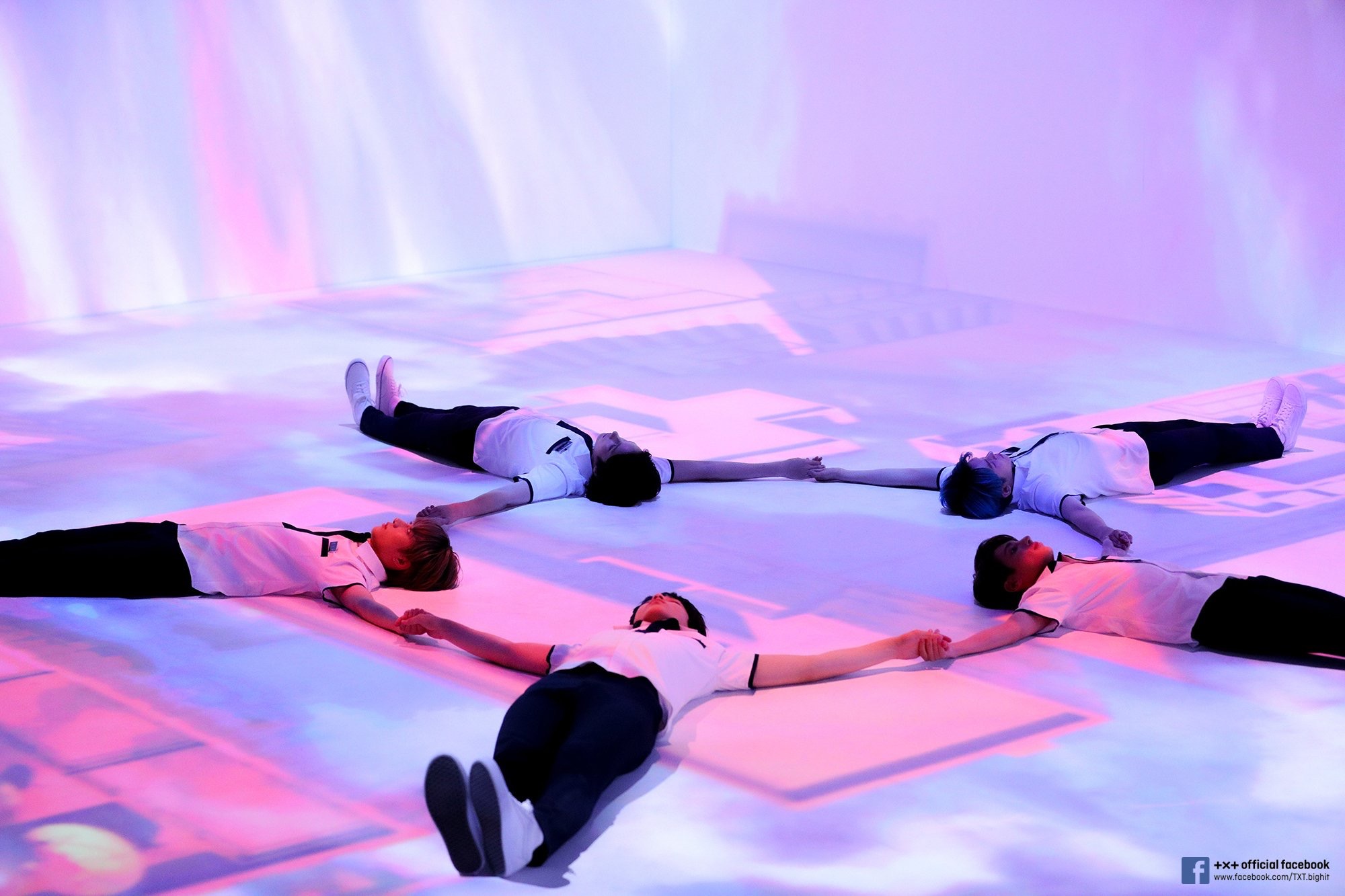 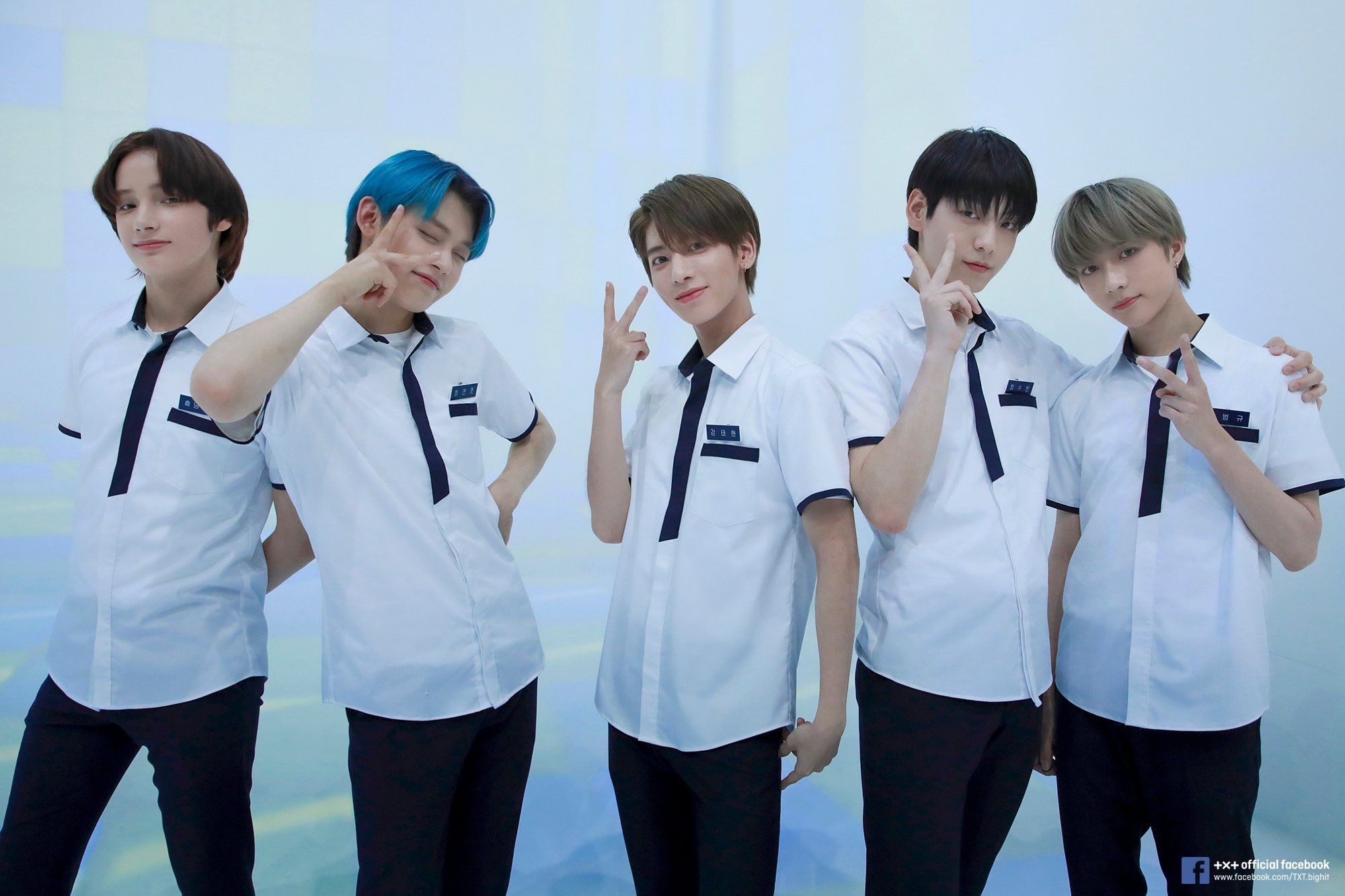 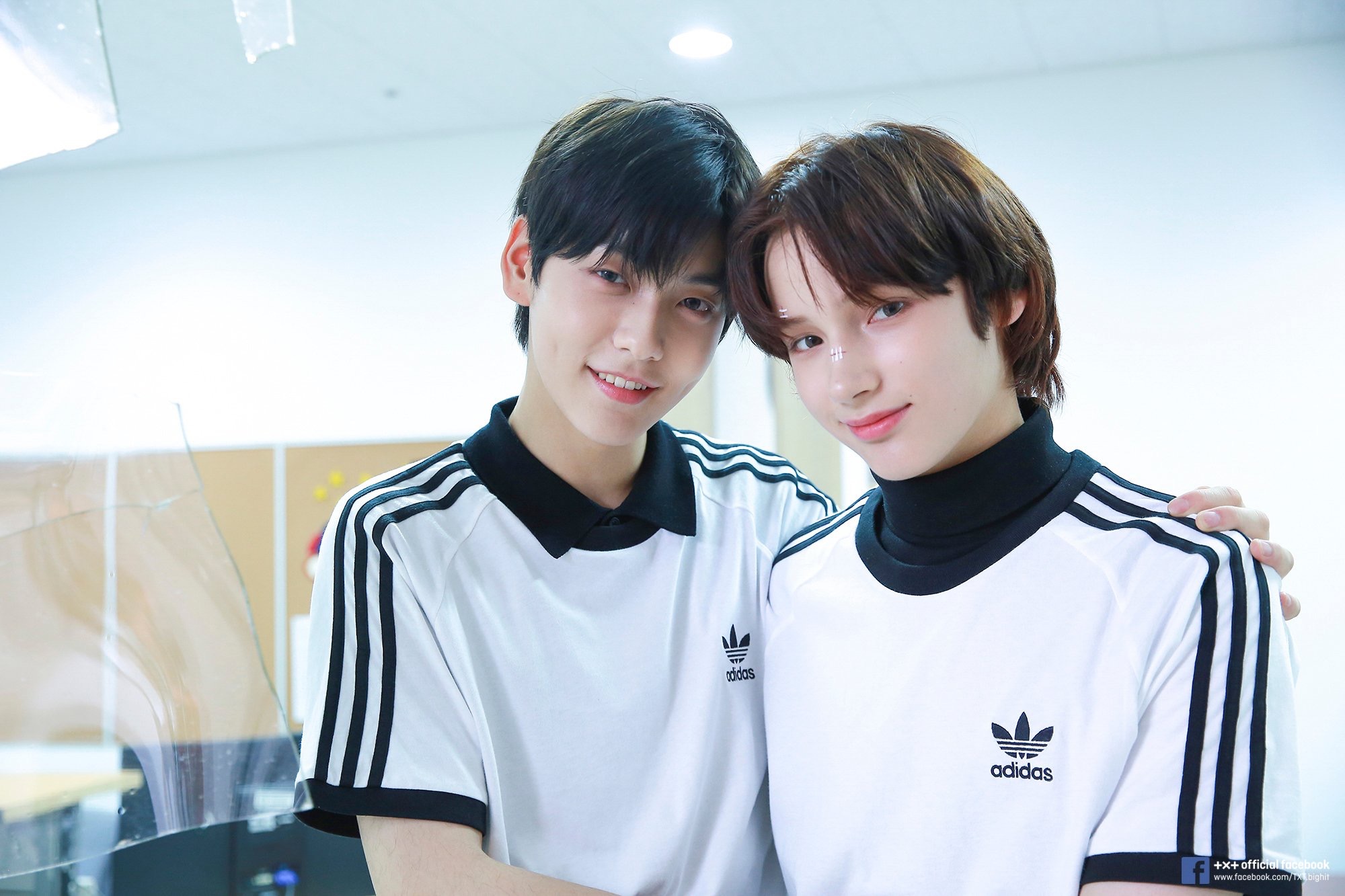 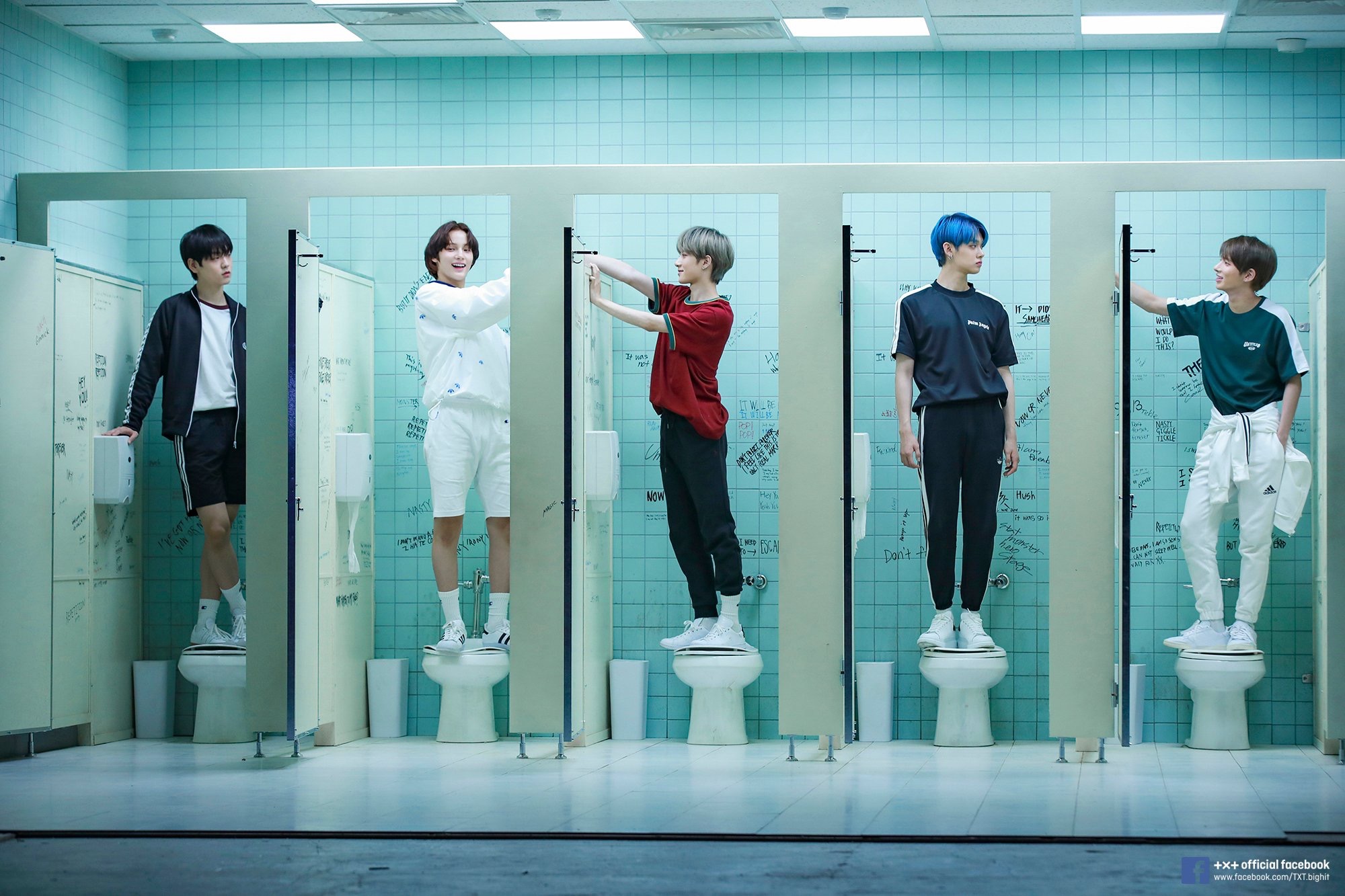 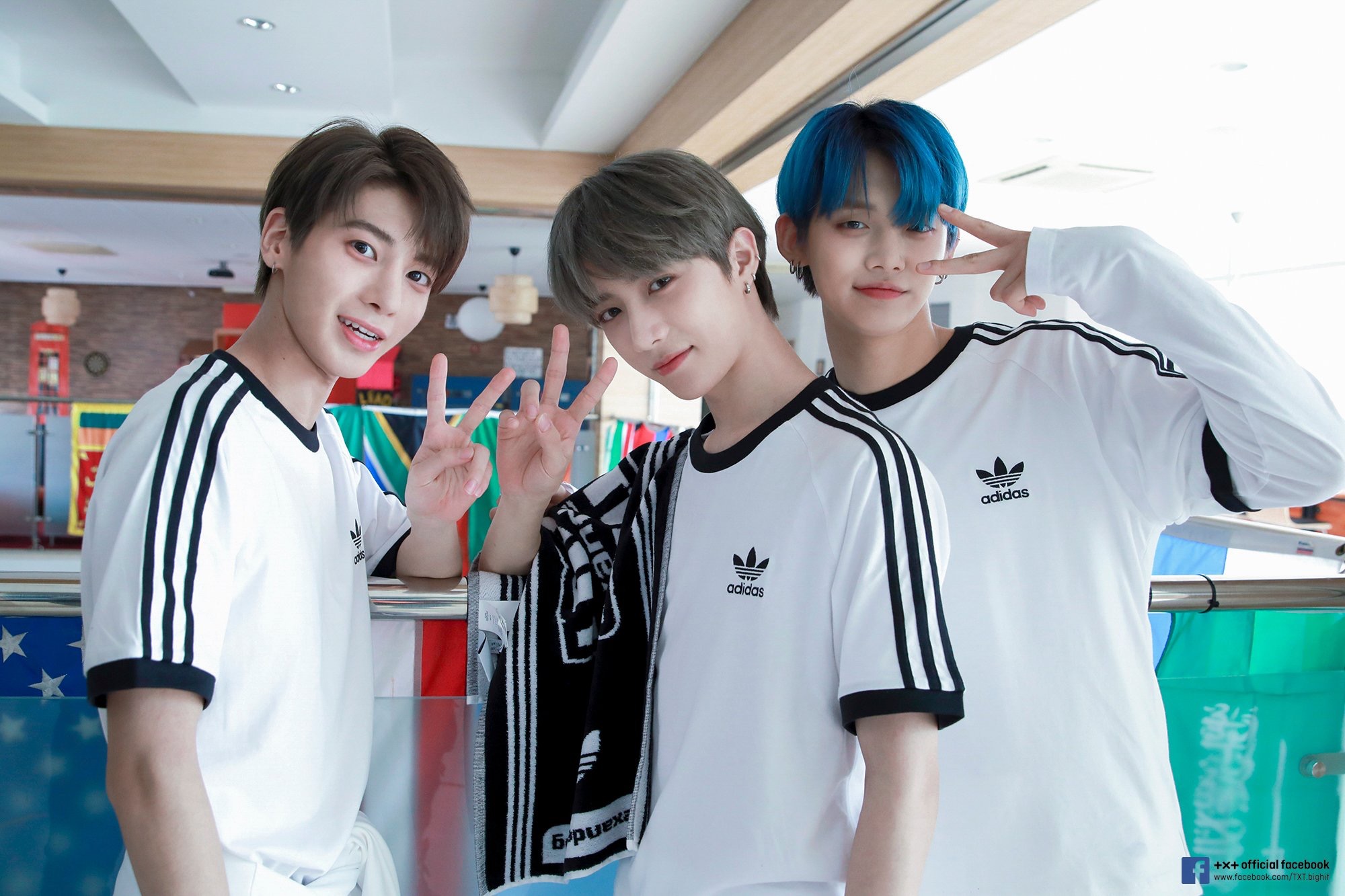 Spellbounded by the fascinating teasers, the album is composed of eight songs that will continue to tell a wonderful journey of the boy band. 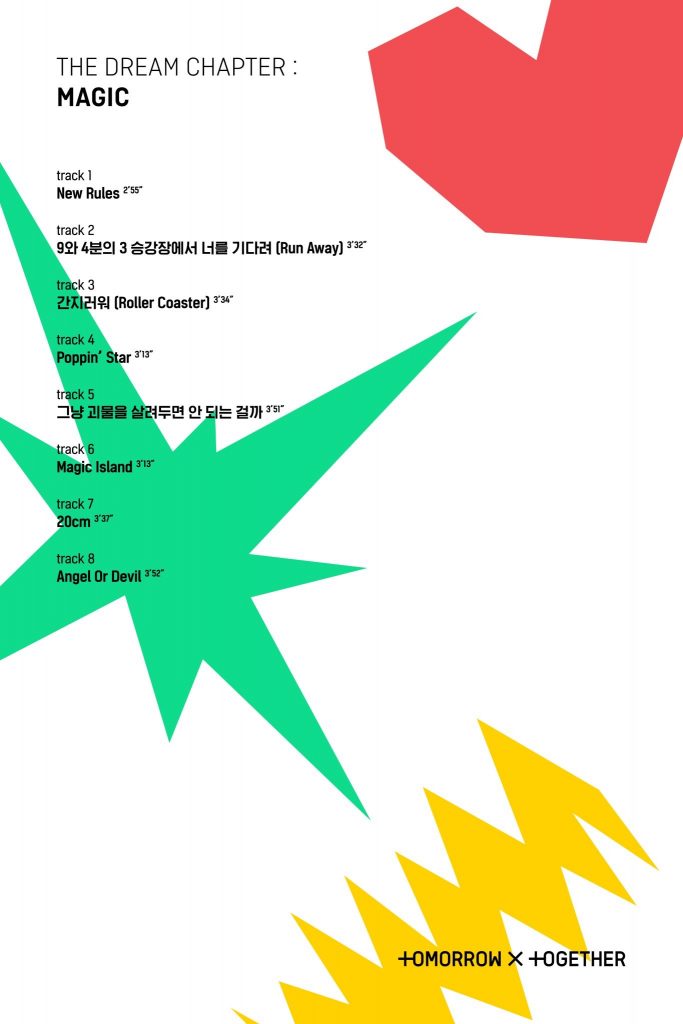 Inviting more to plunge on their magical world, the album’s title track “9 and Three Quarters (Run Away)” video teasers were released on the 13th and 16th of October.

The music video teasers includes a preview of the group’s magical music experience and amazing performance.

Causing trouble to the listeners’ hearts, the track “New Rules” is a song about breaking the rules and creating new ones. Rules keep things in order and is defined by society’s standards. Thus, it limits our actions, happiness and our wants. And by breaking these social norms are the only way we can achieve our freedom.

An emotional pandemonium ride is what the song “Roller Coaster” brings. The feeling of riding the roller-coaster is like what we perceive for our first time experiences — it is scary but full of excitement.

“Angel Or Devil”, just like the song’s title, is all about the two voices endlessly fighting in and out of our head. Specifically, the song is about what to choose between rushing things or taking it slow in a relationship.

Just like the popping powder candy, the song “Poppin’ Star” is about that tingling feeling and sweetness of falling in love. Leaving our fears behind and enjoying the moment is what the track “Can’t We Just Leave The Monster Alive?” is about.

“Magic Island” is such a dreamy song, telling to not forget our memories with our loved ones.
While “20cm” track is a childhood sweetheart love story — as they grew taller, his love for her also grows.

Magic used as a noun is the power of apparently influencing the course of events by using mysterious or supernatural forces. (From Oxford Dictionary)

Chanting magic words is one of the ways we often used to get what we desire. Magic makes us happy. It gives us hope and somewhat help us escape from our sad reality.

Running away from reality is what the song “9 And Three Quarters (Run Away)” depicts. I personally like how magical the music and its lyrics are. They infused a Harry Potter vibe music and used the iconic platform 9 ¾. Additionally, it added hints of the “bibbity boppity” which reminds me of fairy tales.

Hellokpop, as an independent Korean entertainment news website (without influence from any agency or corporation), we need your support! If you have enjoyed our work, consider to support us with a one-time or recurring donation from as low as US$5 to keep our site going! Donate securely below via Stripe, Paypal, Apple Pay or Google Wallet.
FacebookTwitter
SubscribeGoogleWhatsappPinterestDiggRedditStumbleuponVkWeiboPocketTumblrMailMeneameOdnoklassniki
Related ItemsTXTTXT The Dream Chapter Magic
← Previous Story KARD’s BM Flexes Lit Self-Produced Solo Track “Habanero” With Fun Music Video
Next Story → INFINITE’s Nam Woo Hyun Gets Enlisted For Mandatory Military Service As A Public Service Worker