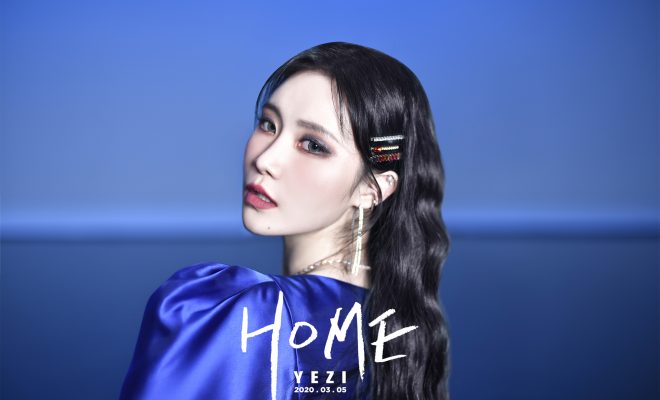 On March 5, Yezi returns with a new heartfelt single translated to an aesthetic music video.

On February 21, Yezi released her comeback scheduler through his official social media platforms. 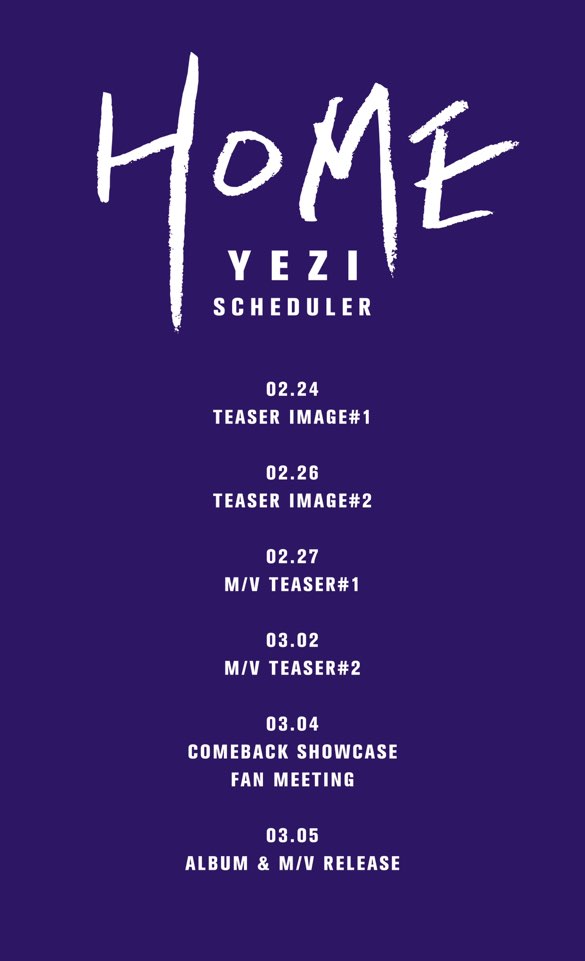 The three teaser images manifest three shades of emotions. It illustrates stages of longing someone through notions of night, morning and the glorious golden hour. 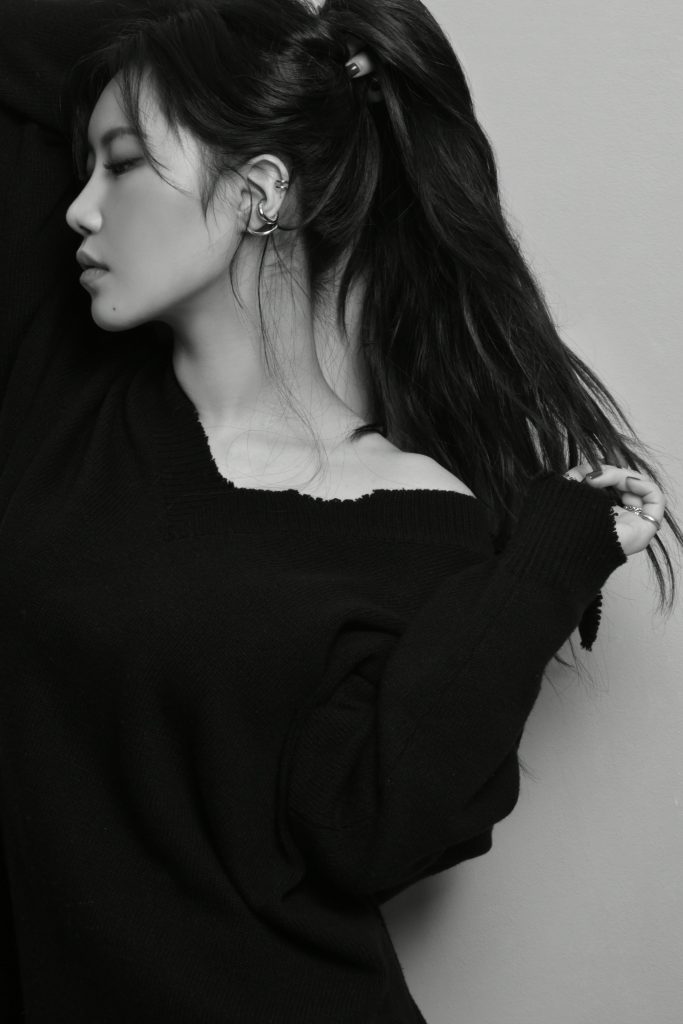 The first photo evokes strong emotions of gloom from yearning someone. It also depicts night which somehow represents its general emotions for its monochrome theme. 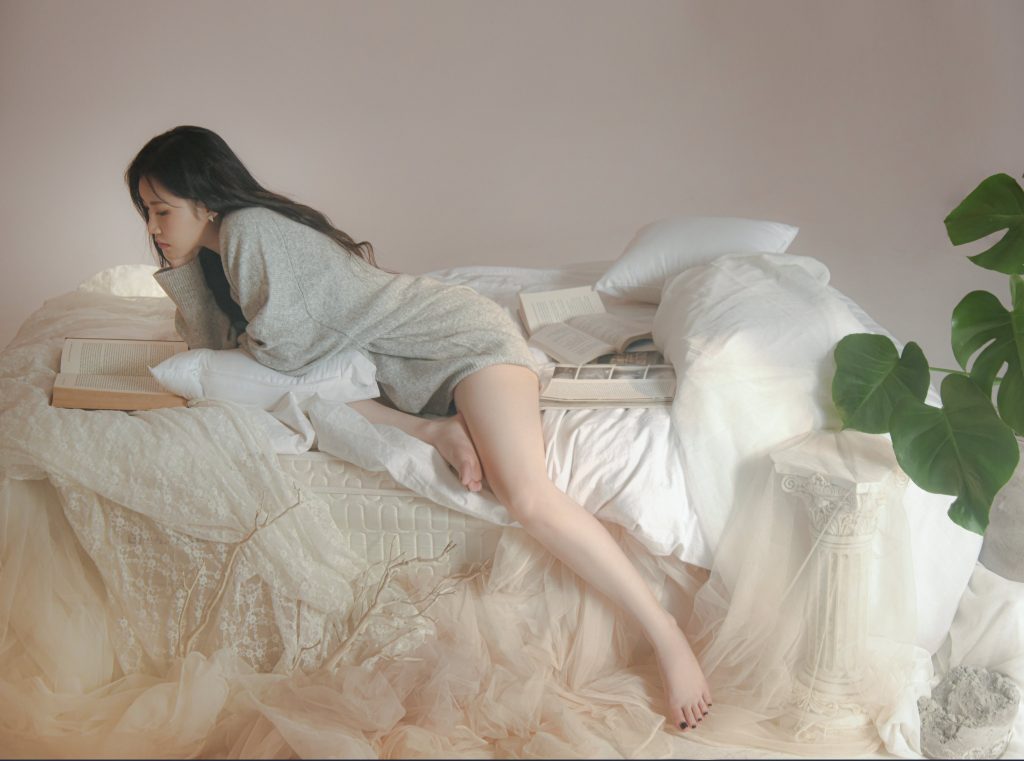 Meanwhile, the second photo conveys a message of sincerity and faith. Its white theme of morning describes the start of a new beginning. 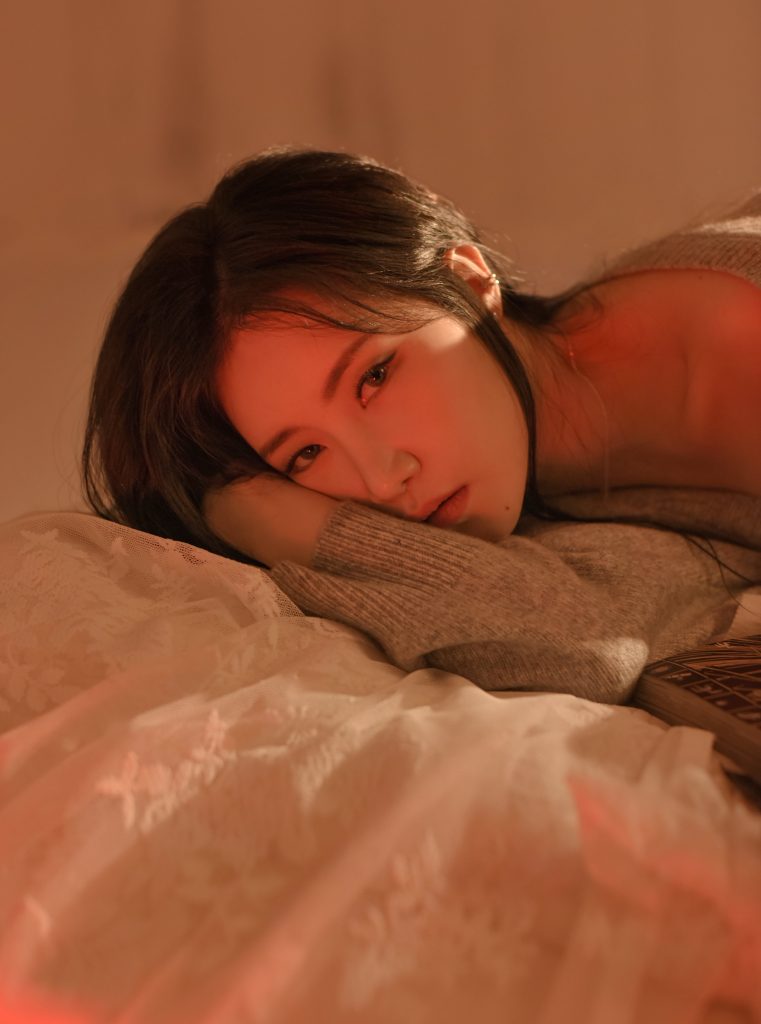 Lastly, the third photo beams the general idea of the golden hour – the enlightenment and warmth. It expresses a form of remembrance and positivity that the waiting season will end and that the love will bloom together.

Afterwards, Yezi unveiled the teaser image 2. It also comprises of three photos. The second teaser images hint more of what her music video is all about.

In the first photo, she is sitting on top of stacked beds. The beds lie on a mystic water with a purple background. 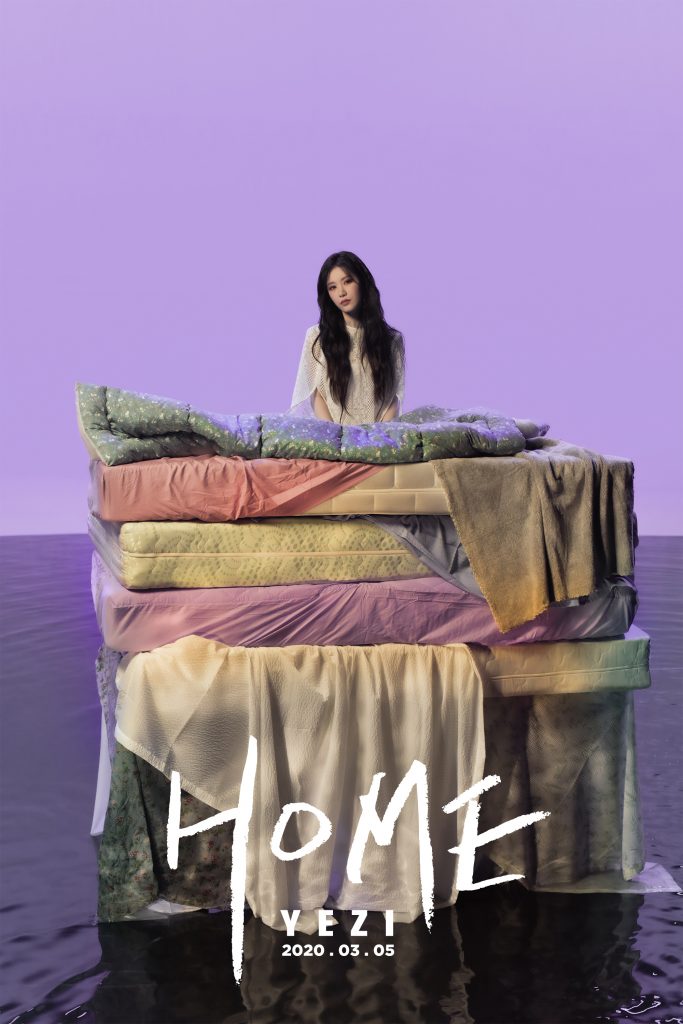 The second picture of teaser image 2 highlights more of her visuals. Strutting the blue satin outfit, it revealed Yezi’s confidence and freedom. It reflects her longing for someone to return. 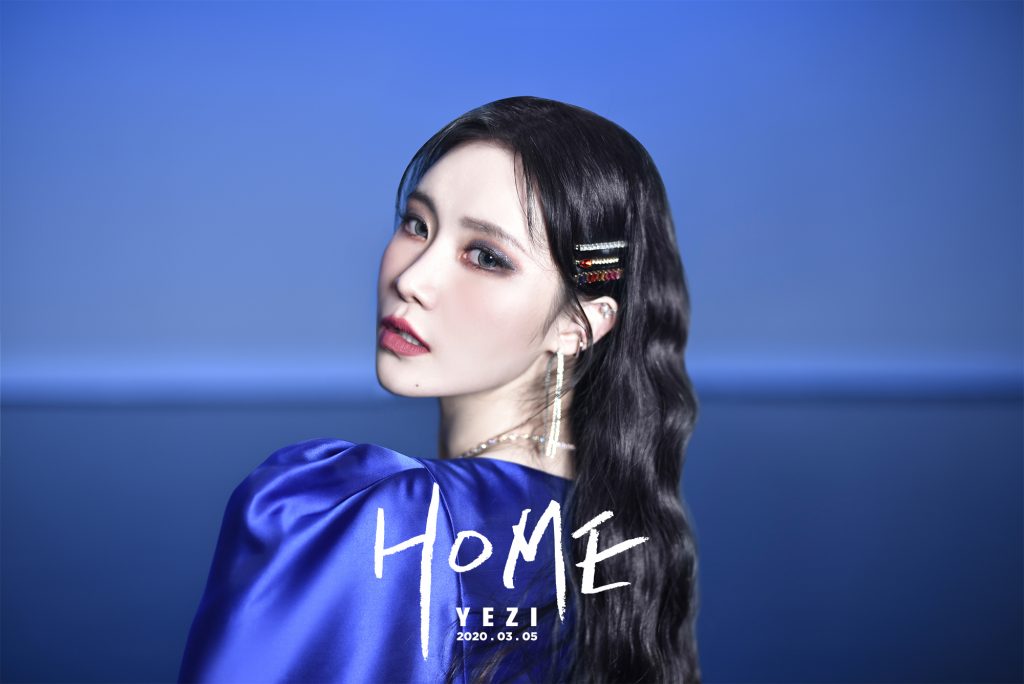 She also displays warmed color teaser of her in dazzling outfit and fuzzy lights in the background. 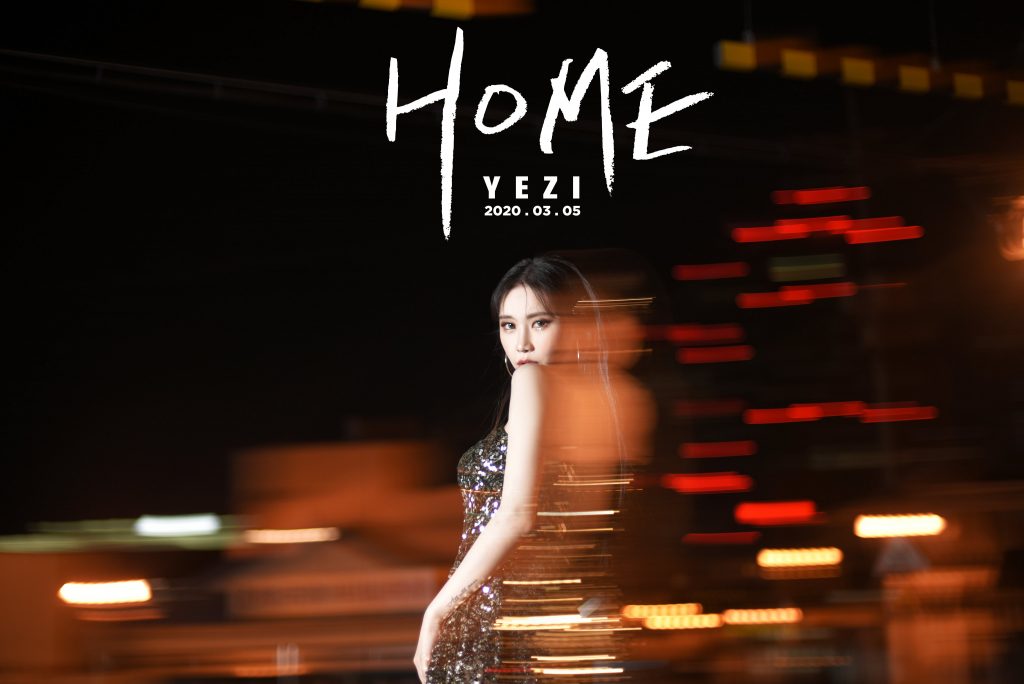 Simultaneously, Yezi released her MV teaser 1 on February 26. The 21-second video teaser imparts a message of missing and longing for the person she considers as her “home”. The video is strikingly good, a hint of its elegant choreography and the soft killing part of the song.

Also, on March 2, Yezi paraded her MV teaser 2. It features more of the song’s choreography and picturesque snaps.

Meanwhile on March 4, she successfully carried out her comeback showcase for the much-awaited music video release.

Finally, “Home” made its music video premiere on March 5. The song, which the singer helped write the lyrics for, highlights her powerful voice, accompanied by electric guitar and piano.

Beyond any doubt, “Home” is such a masterpiece. As soon as the video starts, it draws a mystic feeling of pure sentiments. The way it was filmed gives an aesthetic presentiment.

It clearly delivers a message of missing someone despite of odds and ends. That someone pertains to as her home. It is being in comparison to the literal home and the feeling a home provides.

Her sweet sentimental yet powerful voice contributes in bringing a different vibe to the song. Additionally, “Home”’s catchy chorus was also endorsed with a chic choreography. A bit of rap flows which Yezi is known for are eminent which gives a calming and hip vibe.

The play of lights and the amazing camera shots are partly responsible for a wonderfully made music video.

But above all, “Home” explores the story of yearning and missing someone’s safe haven. The general meaning it wanted to convey is successfully brought up through various ways it should have been.

Hellokpop, as an independent Korean entertainment news website (without influence from any agency or corporation), we need your support! If you have enjoyed our work, consider to support us with a one-time or recurring donation from as low as US$5 to keep our site going! Donate securely below via Stripe, Paypal, Apple Pay or Google Wallet.
FacebookTwitter
SubscribeGoogleWhatsappPinterestDiggRedditStumbleuponVkWeiboPocketTumblrMailMeneameOdnoklassniki
Related ItemsComeback 2020Comeback SpotlightHomeK-popsingleYezi예지
← Previous Story GOT7’s Mark Sets To Serenade With New Heartwarming Solo Single In Time For White Day
Next Story → MONSTA X Lays Out Lyrics For Upcoming Japanese Single “Wish On The Same Sky”