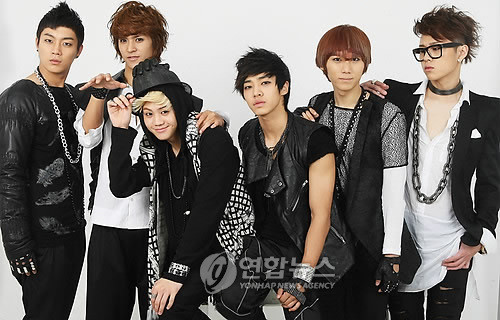 K-Pop Debut Look Back: How BEAST Delivered A “Shock Of The New Era”

Before they were HIGHLIGHT, they were BEAST: a group of performers who searched and climbed their way to the top

People know their group by many variations of their name: BEAST, B2ST, and HIGHLIGHT. One thing’s for sure: they are a group who has definitely lived up to the title “Boys to Search for Top.” Over the course of their career, these boys have produced hits that have helped them stand out from the rest—and inevitably etch their names into K-Pop history.

Today, let us celebrate their tenth year in the industry by looking back at their debut—when they redefined K-Pop and delivered a “Shock of the New World.” 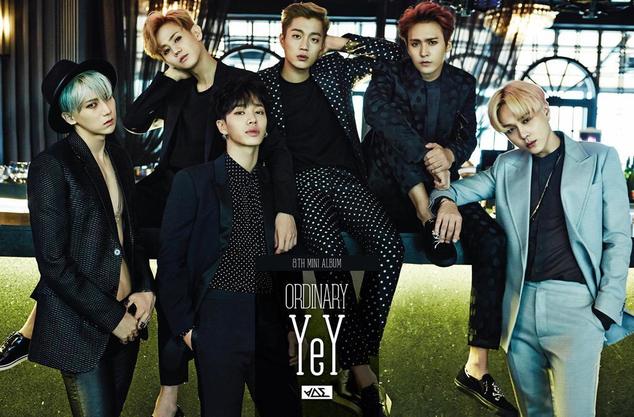 Delivering The “Shock Of The New Era”

In October 2009, Doojoon, Junhyung, Yoseob, Gikwang, Dongwoon, and Hyunseung broke out onto the music scene through their debut showcase at the MTV GongGae Hall. After that, BEAST made their name known to the world through their debut performance of “Bad Girl” at KBS’ Music Bank.

The group showed potential for growth early on, as Ministry of Culture, Sports and Tourism awarded them Rookie of the Month for December of that year.

The group’s meteoric rise to fame, however, would come in a year after their debut. On February 2010, BEAST began promoting “Mystery,” one of the tracks on Beast is the B2ST—a track that would later lead to their debut album selling over 40,000 copies months after its initial release.

A month after, the group released one of the tracks that would essentially cement their names in K-Pop history. On March 2010, the group released Shock Of The New Era: headlined by the single “Shock,” which earned them their first music show win from M! Countdown.

Shock Of The New Era easily sold 20,000 units in Korea alone, and was later certified Gold Disk in Singapore.

“So Beast” In Japan

After establishing their careers in the Korean music industry, BEAST naturally began breaking into the Japanese music industry. On November 2010, the group released Beast – Japan Premium Edition: which debuted 13th on the Oricon weekly album charts. Days later, they held their showcase at the Tokyo Big Site in Odaiba, Tokyo.

A year later, the group formally debuted in Japan by releasing a Japanese version of “Shock”. Though promotions for their release were cancelled due to the Tohoku Earthquake, the Japanese re-release of “Shock” still rose through the ranks and landed on the second spot of the Oricon charts.

Alongside their rising success in Japan, BEAST was also earning awards left and right back in Korea. In December 2010, the group was named one of 2010’s most photogenic figures by the 11th Korean Visual Arts Festival. Days after, they were awarded the Yepp Newcomer Award at the 25th Golden Disk Awards.

Hanteo Chart would later report that BEAST had sold 107,006 copies between January to October 2010 with four of their released mini-albums, making them the only rookie group to have sold over 100,000 album units in 2010.

Between 2016 and 2017, BEAST went through a series of changes in terms of member line-up and management. On April 2016, Hyunseung announced his departure from the group: citing musical differences between him and the other members of the group.

Two months later, the group released their first full-length album as a five-piece group titled Highlight, lead by the tracks “Butterfly” and “Ribbon.” This would be their last release under the management of Cube Entertainment.

Before the year ended, the quintet announced the launch of their new entertainment company Around Us Entertainment, and their subsequent departure from Cube Entertainment. Because of trademark claims over the band name BEAST, Doojoon, Junhyung, Yoseob, Gikwang, and Dongwoon were unable to continue promoting under said name.

READ: BEAST Stays Together After Cube’s Contract By Establishing Own Label

The quintet took their fans by surprise on February 2017, as they announced that they will continue promoting as one group: this time under the name HIGHLIGHT. In light of this, the group re-debuted through the mini-album Can You Feel It?, led by title tracks “Plz Don’t Be Sad” and “It’s Still Beautiful”

Since 2018, Doojoon and Yoseob have been working on completing their mandatory military service. Earlier this year, Junhyung announced his departure from the group.