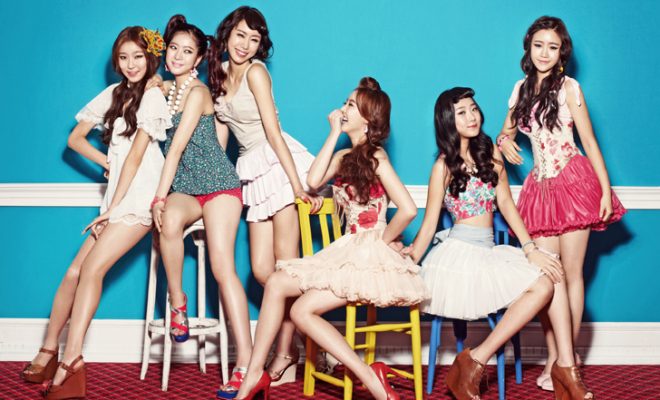 Let’s wind the clock back to 2011: when Dal Shabet brought their glitzy glamour to the music scene for the first time.

The year is 2011, and shining stars Dal Shabet have made their presence known by topping the charts.

Their rookie year proved their capabilities to be great, as they earned awards from the 19th Republic of Korea Entertainment News Awards and the 2011 Bugs Music Awards.

Through their career, Serri, Ah Young, Jiyul, Kaeun, Subin, and Woohee showcased their versatility when it came to concepts, as well as their vocal prowess.

To celebrate their ninth year in the industry, let us take a look back to when Dal Shabet became a “Supa Dupa Diva” group. 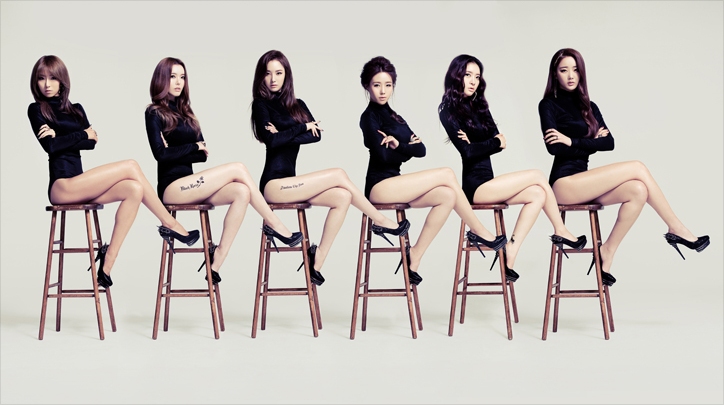 As the first group to make their debut in 2011, Dal Shabet certainly hit the ground running. On January 3, Viki, Serri, Ah Young, Jiyul, Kaeun and Subin released the music video for “Supa Dupa Diva”— which topped real time and music station charts during its promotion period.

Later that same year, the group geared up for a funky comeback that would bring the group to even greater heights.

On August 10, the girls returned to the soundwaves through “Bling Bling”—the only song that would go on to break into the top ten of Gaon’s music charts.

Becoming A “Hit U” In The Music Scene

The beginning of 2012 saw a dramatic transformation in Dal Shabet’s image and concept—as seen in their fourth EP, Hit U.

The transformation seemed to benefit the group, as Hit U went on to top Gaon’s physical music charts.

The album sold 11,000 copies, and was included in Gaon’s monthly chart that year.

2012 also saw a few line-up changes for Dal Shabet, as Viki announced her departure from the group in May.

Happy Face Entertainment later announced that Woohee would be replacing her, and that Serri would be taking up the leader position for the group.

With the new lineup, the group released “Have, Don’t Have”, which was described as “a disco song that is easy for listeners to sing along to and the lyrics describe a girl’s cute feelings towards a guy”.

The EP charted ranked fifth on Gaon’s Weekly Chart, and twentieth on its Monthly Chart.

A year later, the song was named the most played girl group song in Korean fashion stores by GS Shop.

How To Reunite And “Be Ambitious”

Between 2017 and 2018, most of Dal Shabet’s members announced their departures from Happy Face Entertainment.

Subin signed on as a talent for SidusHQ, while Serri and Ah Young announced their departures from the agency—but not Dal Shabet. A year later, Subin signed on to KeyEast Entertainment.

The group would later reunite through a photo exhibition and a mini-concert titled Be Ambitious. The exhibition was done in Seoul’s Gallery K from September 29 to October 5, with the mini-concert taking place on the last day of the event.