WJSN CHOCOME whips a fascinating debut with a cute and bubbly single album!

Soobin, Luda, Yeoreum and Dayoung form the unit group WJSN CHOCOME, debuting on October 7 with their single album HMPH!. The girls manage to escape the feeling of their original group, WJSN, and show a whole new attractive part of theirs. 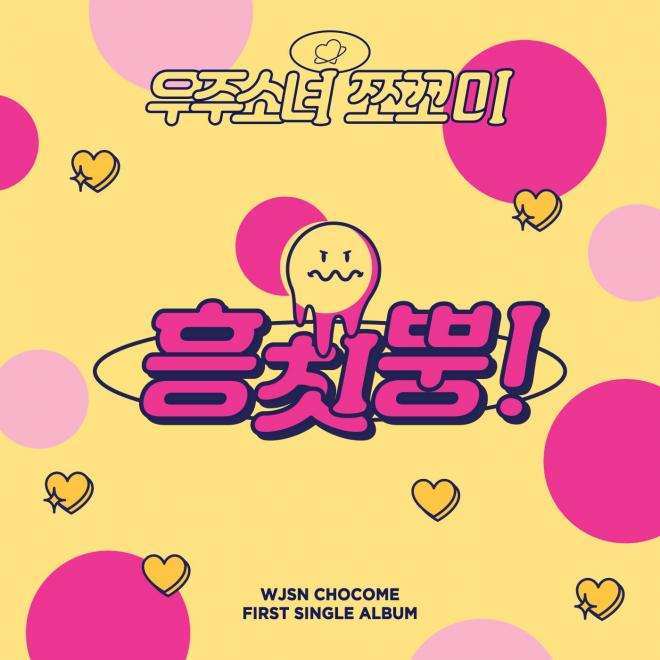 The unit’s announcement arrived with a surprise image posted on WJSN’s official social platforms. It revealed the name CHOCOME under which the four members would promote, along with its single’s title HMPH!.

Following shortly after, the girls’ agency shared their schedule, starting the official countdown. As stated in the image, the idols prepared various content to unveil prior to the unit’s debut.

Starting off, the first revealed detail was the track list. From the girly picture with scattered candy on it, fans could see the names of the two songs that the single will bring, including the title of the same name as the album’s.

From September 25 to 27, the idols unveiled the concept photos in which they donned different looks. In one of the sets, the girls transformed into eye-catching bright clothes and big ribbons, showcasing their diverse style.

The members also portrayed a lovely side with their tutu dresses, looking as sweet as candy. Lastly, they stirred up the excitement with their nostalgic retro styling, which was taken with much interest by fans.

The unit then uploaded moving images as the next prepared content, showcasing each member’s unique and bubbly charm,

To finish off the teasers, WJSN CHOCOME uploaded a music video and single album previews. The video which hinted at the atmosphere of the title song’s official clip, stood out with the various attires and settings, as well as the glimpses at the choreography of the catchy piece.

Meanwhile, the album sneak peek showed a couple photos of the girls, while highlighting parts of the track list.

The title track “HMPH!” is a vintage disco pop song, which maximizes the bubbly and lively charms of the members. The song captures the attention with its addictive hooks and its lyrics, which cutely portray one’s innermost feelings to another person who doesn’t know them.

Another point to enjoy while listening is the melody which can easily pull the listeners on their feet and make them groove along.

The second piece on the list is the remake version of “Ya Ya Ya”, which originally belongs to first-generation K-pop girl group Baby V.O.X. The song was reinterpreted in the tropical and moombahton style and shows the friendly and lovely side of WJSN CHOCOME.

Furthermore, the members; vocals stood out while delivering this delightful music number.

The music video for “HMPH!” kicks off with a comedic start that matches the catchy tunes of the song. The clip unfolds a lot of scenarios and brings many funny moments, which viewers can enjoy. Just like the track, the video emits a lively atmosphere filled with a lot of energy thanks to the members.

Also, the cute dance is easy to follow along and is just as addictive to copy the moves. The bright side which WJSN CHOCOME presents is a mood-lifter that anyone can appreciate and have fun watching.