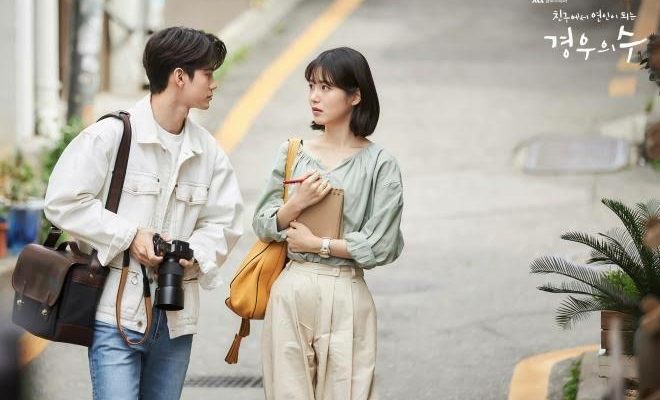 K-Drama Sneak Peek: “More Than Friends” Strides Into The Uncharted Territory Of Romantic Love Between Friends

What awaits the unfulfilled romance between two people after finally acknowledging that being more than friends with each other has long been overdue?

Timing serves as a huge predicament in fulfilling the long-conceived love between close friends after leaving it hanging for years – this is the premise More Than Friends threads on.

This new series draws an elaborate sketch of the travails two persons encounter as they cross the line of friendship – from harboring an unrequited love, to acknowledging it and finally trying to realizing it. 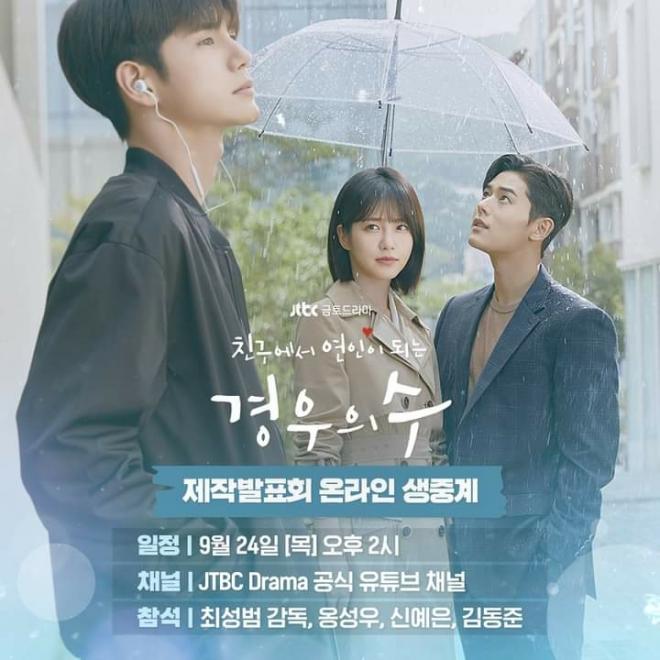 The story goes back ten years ago. Kyung Woo Yeon (Shin Ye Eun) is an 18-year old vivacious and idealistic young lady who is excited to experience love for the first time. She unexpectedly falls in love with, of all people, her close friend, Lee Soo (Ong Seong Woo).

As she finds it difficult to keep her feelings to herself, she courageously confesses to him only to be rejected. 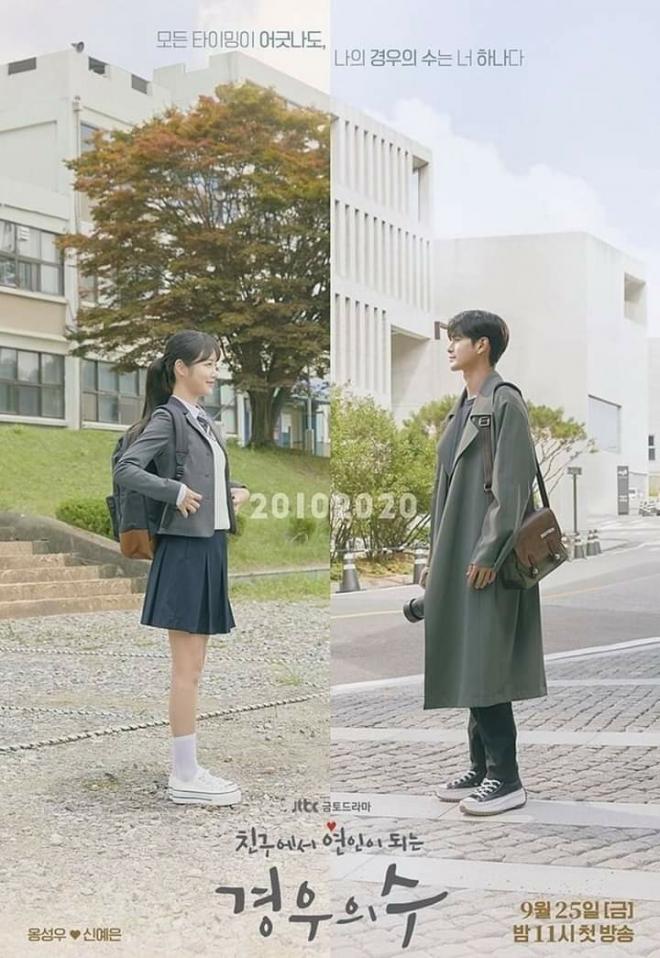 Seven years later, she tries her luck again but ends up unreciprocated for the second time. With strong resolve, she finally decides to move forward after years of enduring a one-sided pining for him. Meanwhile, Lee Soo flies abroad for personal reasons.

Woo Yeon’s failed relationships over the years take a heavy toll on her believing that her pathetic fate in love is cursed. It is only a matter of time for tables to turn after she crosses paths with the smooth yet assertive man who is resolute enough to win her over.

Fast forward to the present time, Woo Yeon presently works as a calligraphy artist who is so consumed to deliver her goals. She serendipitously meets the charismatic businessman, On Joon Soo (Kim Dong Jun). Completely swooned by her, Joon Soo, is willing to pick up all the broken pieces of Woo Yeon’s heart and make it whole again.

Meanwhile, after years of living abroad, Lee Soo finally comes home ready to bring life to the unfulfilled romance with Woo Yeon. But he finds himself in a tug-of-war of emotions after finding Woo Yeon in a smooth-sailing relationship with another man. 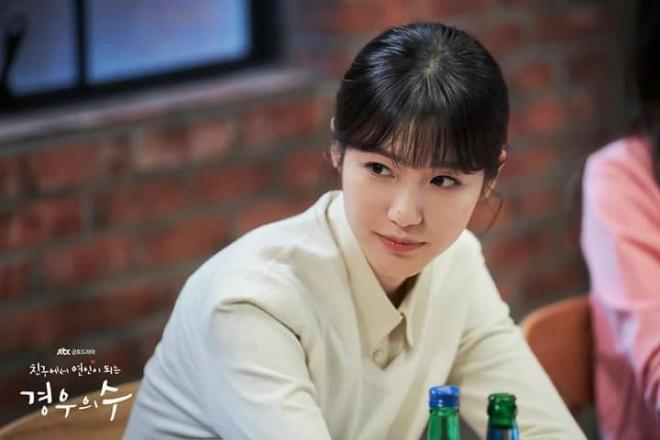 When young love should be all about butterflies in the stomach and fluttering hearts, it was not the case for Woo Yeon. Her first brush with romance left her innocent and carefree younger self ruined.

To make it even sadder, her long-standing unrequited love has affected her other relationships even when she tried to move forward. And the long line of unsuccessful relationships permeated her self-esteem that she ends up questioning her worth as a lady deserving to be loved.

All of that changed when she met On Jun Soo who was instantly smitten by her charm. 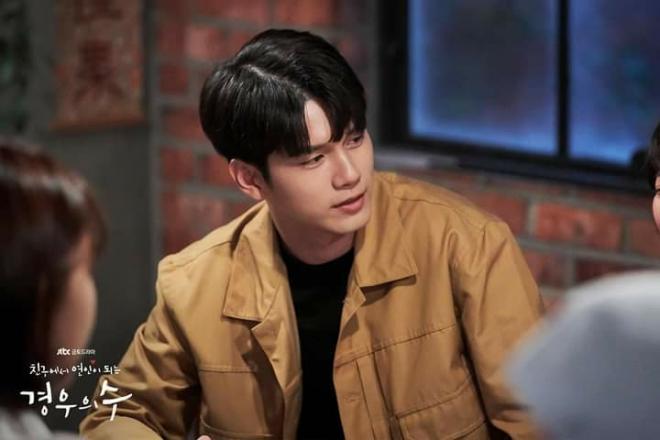 Time is a finite resource and Lee Soo learned it the hard way. A photographer by profession, he exhibits a charming yet sullen personality. He left for abroad to expand his perspectives in life but came back to South Korea to trace the roots of his happiness.

After years of being estranged with each other, he finally reunited with Woo Yeon, the woman who harbored a one-sided affection for him for years.
But it was not the case this time after seeing her with another man. He realized that what he has been missing for years has already knocked on his door a long time ago. 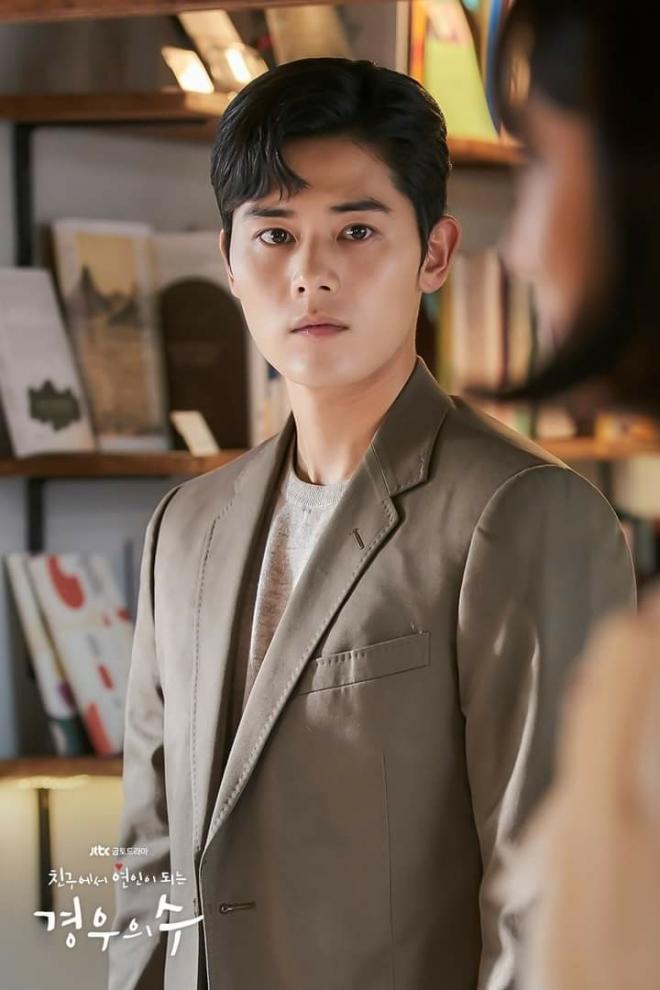 Second chances are meant to rub off past  misgivings. For Joon Soo, who seems to have everything in him – a well-off upbringing and a successful career, a second chance in romance could be his saving grace from the pangs of the past

He became stoic and cold after being broken almost beyond repair by his first love. But Woo Yeon’s irresistibly endearing character swept him away. And he is determined to lay all his cards down to get her by his side.

At the helm of the production team is Director Choi Sung Bum. He is quick to differentiate More Than Friends from other dramas that deal with youth romance. He describes it as a narrative that details the progress of a romantic love between friends through series of phases – from conception, denial, suppression, until its realization.

For him, such love is not a coincidence but rather a tedious process where both parties acknowledge and decide on it after series of experiences that lead both of them to look back and finally fulfill it.

More Than Friends is set to premiere on September 25 on JTBC network. It will also be available for streaming on iQiYi.