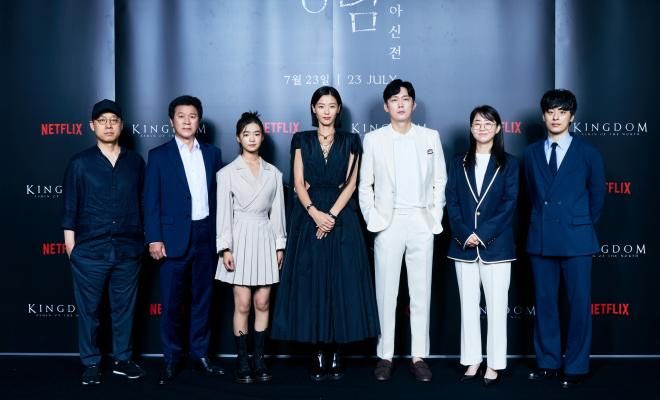 5 Key Points To Look Forward In “Kingdom: Ashin of the North”

Set to uncover the story of Ashin and the resurrection plant that spurred the tragic plague in Joseon, Kingdom: Ashin of the North is all ready for its global premiere on July 23!

But before the special episode of the phenomenal hit series Kingdom releases worldwide, check out the details and insights shared by the creative team and lead cast in the recent press conference.

Tracing The Beginning of the Plague

The Kingdom series is much-loved all over the world and one of the most compelling aspects of the series is the unique backstory. The Kingdom universe, created by writer Kim Eun-hee, is rich and complex.

Director Kim Seong-hun shared some of the things he found most engrossing about the series and pointed out how “infection happens through hunger” in the first season and the lengths that one will go to because of greed in season 2.

He further promised that there will be riveting points to look forward to in the special episode which serves as the very beginning of the Kingdom story. You definitely want to check out the first two seasons if you haven’t already! 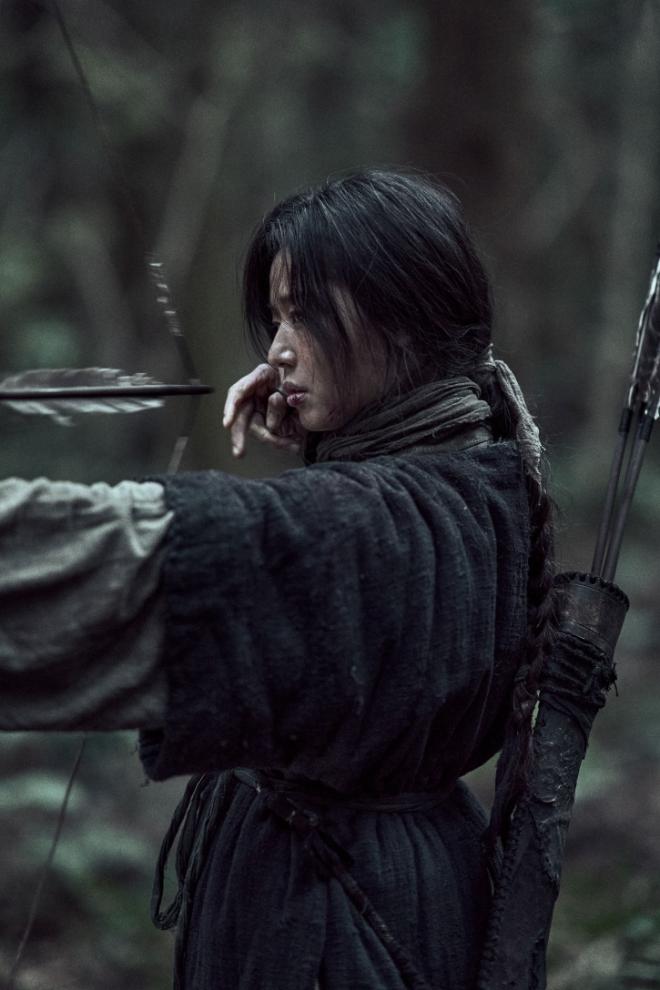 Kim Eun-hee is the renowned scriptwriter behind the Kingdom series, drama Signal, and movie Once in a Summer among other works. Likewise, Kim Seong-hun is a director who has worked on the Kingdom series and movies like A Hard Day and The Tunnel. Having worked together on the two seasons and the special episode, Kim Seong-hun said, “We are truly great partners and I really enjoy working with her.”

In the featurette, he also talks about how he told Kim Eun-hee that Kingdom: Ashin of the North “is her best writing yet.” Gianna Jun further complimented the writer and shared, “Kim Eun-hee was the reason for me joining. There was no reason for me not to.”

Gianna Jun made quite a stir with her appearance at the end of the second season. You may recognize the top actress from series like The Legend of the Blue Sea and My Love From the Star, but she’ll be portraying a much darker character through Ashin. Kim Eun-hee said, “I am a fan of Gianna Jun and I admired her wide spectrum when it comes to acting. She’s considered a queen of romantic comedies, but I also liked the deep anguish she portrayed in her movies Assassination and The Berlin File.”

Gianna Jun also talked about her love for the series and how she was eager to portray any small role in the Kingdom series, even a zombie. Luckily, Gianna Jun portrays Ashin who is the key character behind all of the events in the Kingdom series. You’ll be impressed by her nuanced acting as she emotes Ashin’s complex emotions. 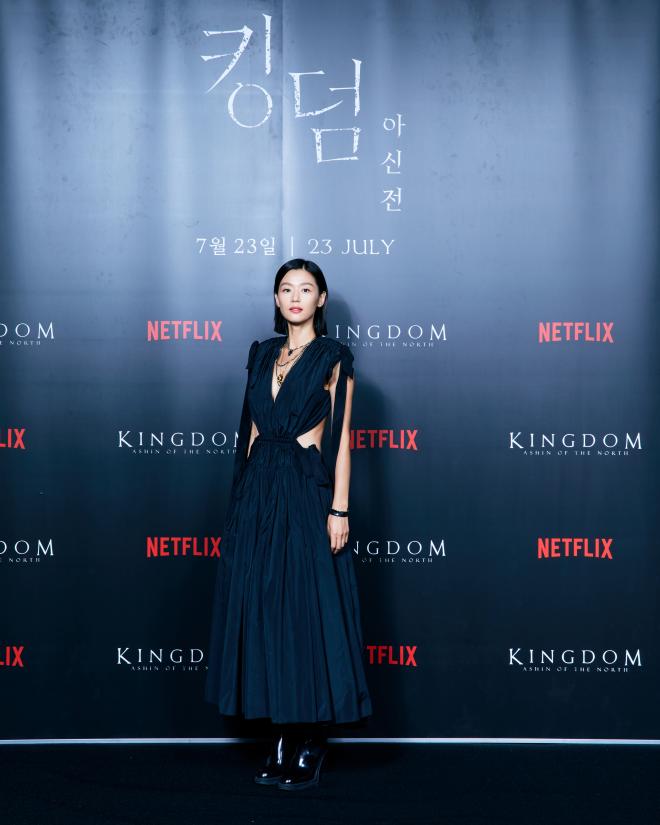 In addition to Gianna Jun, the cast is full of talented actors like Park Byung-eun, Kim Si-a, Kim Roi-ha, and Koo Kyo-hwan. Park Byung-eun also starred in Kingdom S2 as well as many other series and movies. Kim Si-a is a rising child actress who has impressed in movies like Miss Baek, The House of Us, and more. Gianna Jun shared, Kim Roi-ha is a veteran actor who has starred in numerous series and movies, and won’t disappoint with his acting as Ashin’s father.

Koo Kyo-hwan is an up-and-coming actor who never fails to portray a wide variety of characters. Kim Roi-ha commented, “Since the creators and cast are so great, I didn’t feel any pressure.” With all of the actors displaying such great acting skills, viewers will easily get immersed into the story. 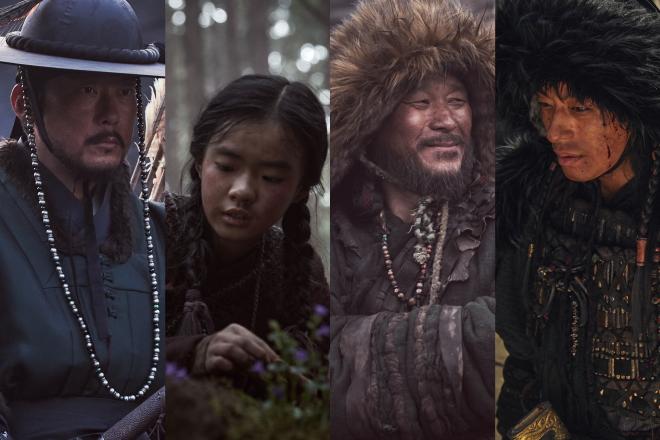 Kingdom: Ashin of the North takes place before the spread of the zombie plague occurs in the first two seasons. Kim Seong-hun divulged, “This story takes place in the northern frontier near the Amnok River.”

Kim Eun-hee explained, “I was curious about abandoned outposts in the north and thought about how the resurrection plant could have grown somewhere like that.” The setting also reflects the tensions between different groups in the northern region.

The historical setting adds to the elaborate story and proves it’s not like any other zombie story. 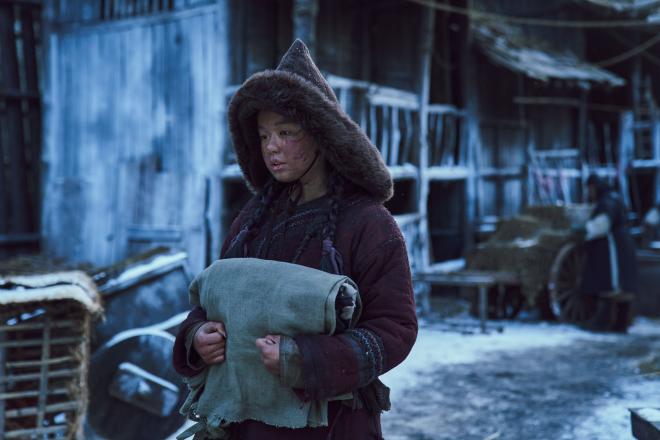 Watch the featurette and get ready for Kingdom: Ashin of the North when it premieres on July 23, 3PM Philippine time, only on Netflix!

Netflix is the world’s leading streaming entertainment service with 208 million paid memberships in over 190 countries enjoying TV series, documentaries and feature films across a wide variety of genres and languages. Members can watch as much as they want, anytime, anywhere, on any internet-connected screen. Members can play, pause and resume
watching, all without commercials or commitments.