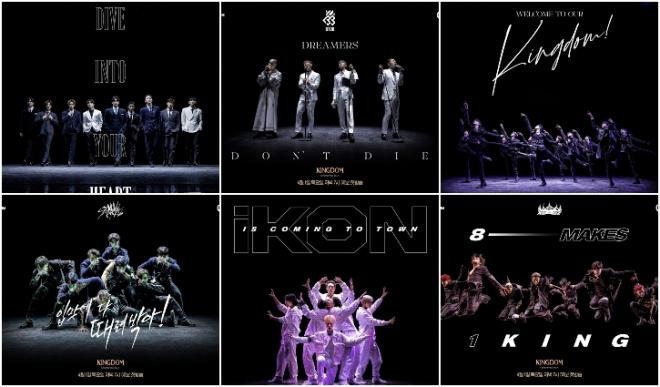 Before the anticipated stage battles, THE BOYZ, Stray Kids, ATEEZ, BTOB, SF9, and iKON were featured in their introductory stages and those are all mind-blowing.

To be judged in four rounds, the group with the highest cumulative score wins the crown. The criteria for judging are 25% group evaluation, 25% expert evaluation, 40% global evaluation by Korean and international fans, and the views on global platform 10%.

The winner gets to bag a reality show and special performance to be aired during Kingdom week. Hosting the show are iconic duo TVXQ – Yunho and Changmin, but the former stepped down from his hosting stint due to recent controversy. 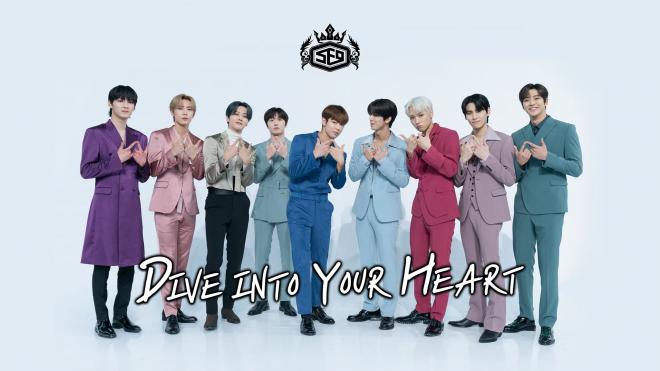 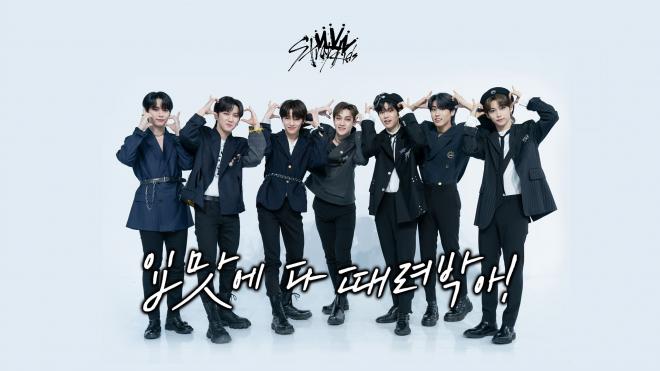 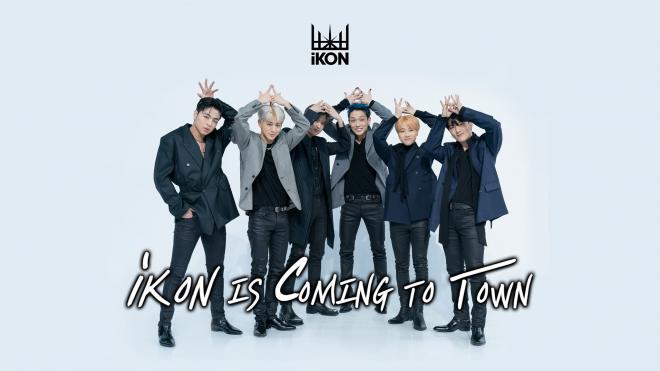 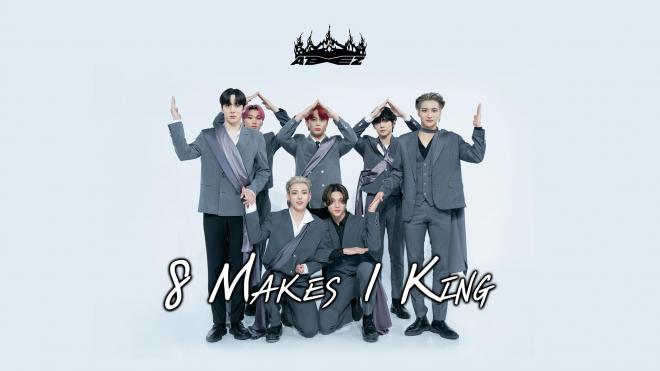 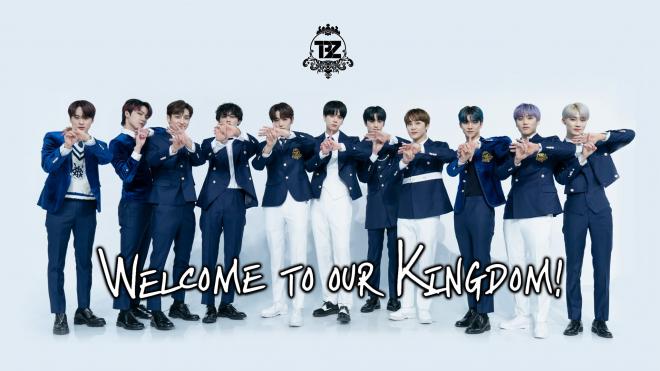 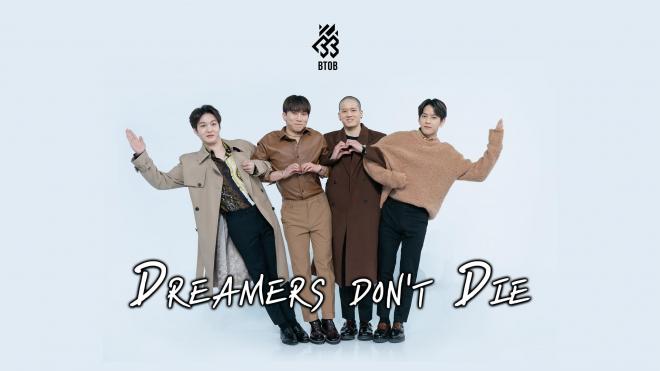 In case you missed it, below is the Introduction Stage of the six teams. Its theme is a performance of their own song which won 1st place in a music show. It must run for 100 seconds only.

It was also recorded and revealed on the same day and was judged by the global audience after the videos premiered. The winner of the introduction stages gets to have 1,000 benefit points and also chooses the first performer in the first round of the competition.

The youngest team received praises from their seniors with their elaborated stage complete with story and explosive dance routine. They chose BTOB for the next performers on the stage.

Mesmerizing the audience with a concert-like choir stage, the eldest group showed off experience and poise in their live vocal strength. Their juniors gave a standing ovation and were left in awe with their heart-fluttering vocals. Following their stage, they chose SF9 to continue the relay introduction stage.

Banking on their entrancing visuals and all-sync stage presence, SF9 were definitely good guys to bring home to our moms. The blindingly gorgeous performance in fact felt like a dance serenade.

All five teams look forward to Stray Kids’ performance. The group did not disappoint and poured out an intoxicating performance that settled on a high note all throughout. From utilizing props to their acrobatics, they presented a piercing stage worthy of praises.

THE BOYZ – “The Stealer” Epic Version

Motivated to show them the skills that brought them to Kingdom: Legendary War, THE BOYZ pulled off an epic showcase that definitely stole hearts! Impressing the other groups with their fiery stage, it definitely loops in the mind like a happy memory.

Capping off the Introduction Stage, iKON served an iconic performance. Coming from previous survival shows, they aim to present cool performances albeit worrying of how hard the process could be. They definitely delivered the right groove with their swag stage!

All six teams powered amazing performances, but Stray Kids’ “Miroh” took the global fans’ hearts making them secure the benefit points. They also chose the sequence of how the groups will go on stage for the first round. 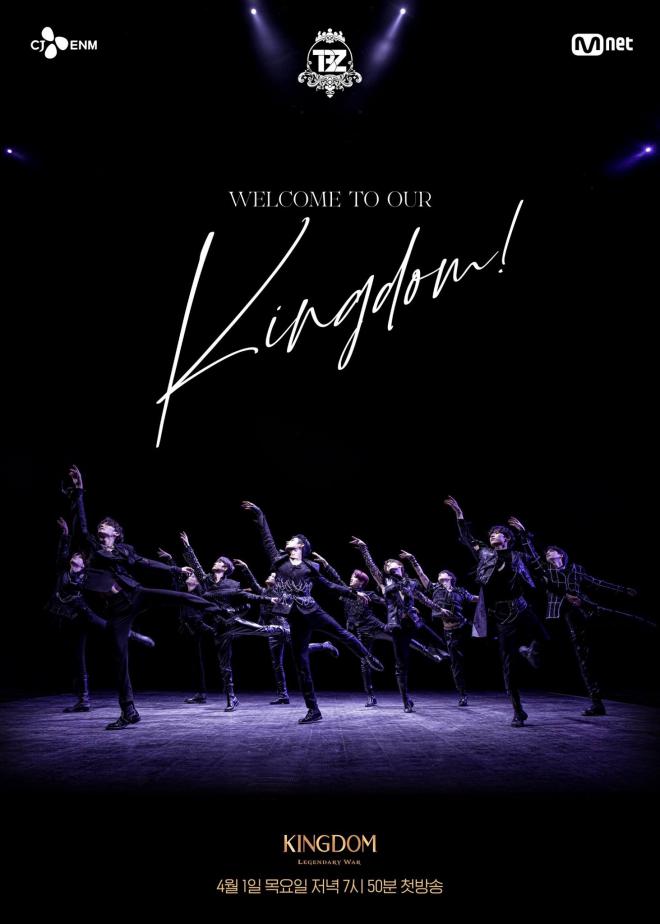 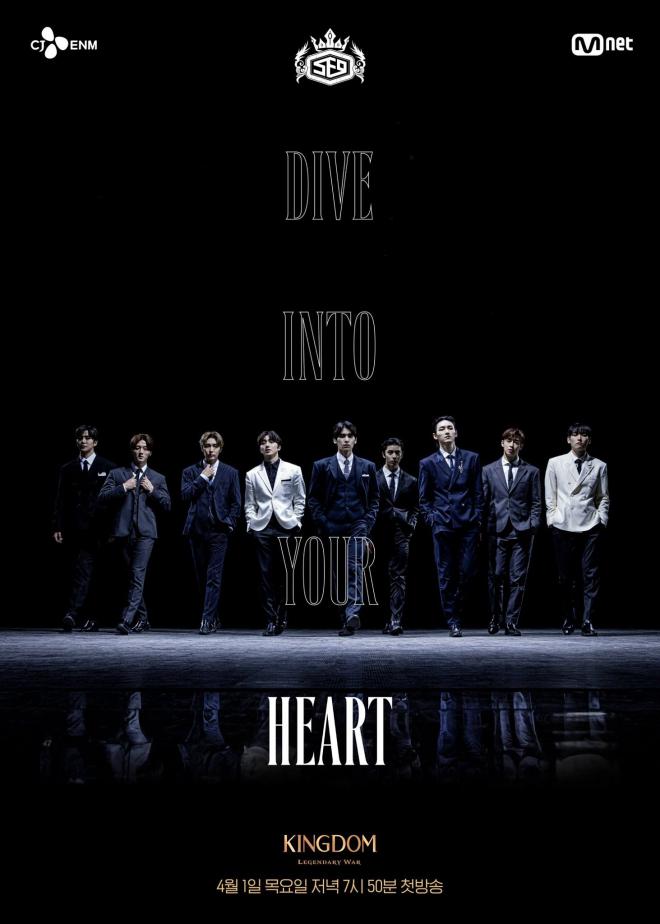 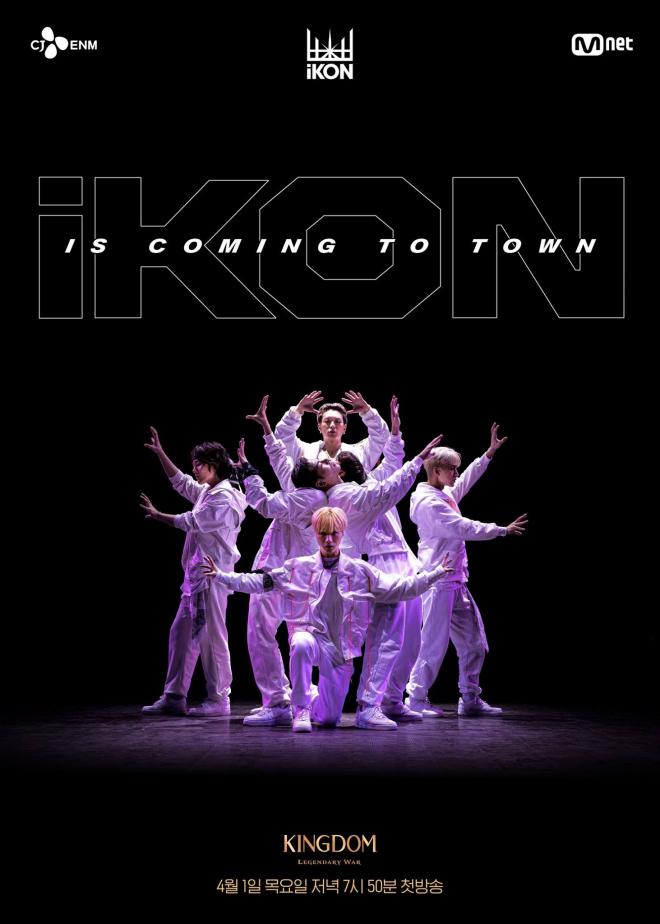 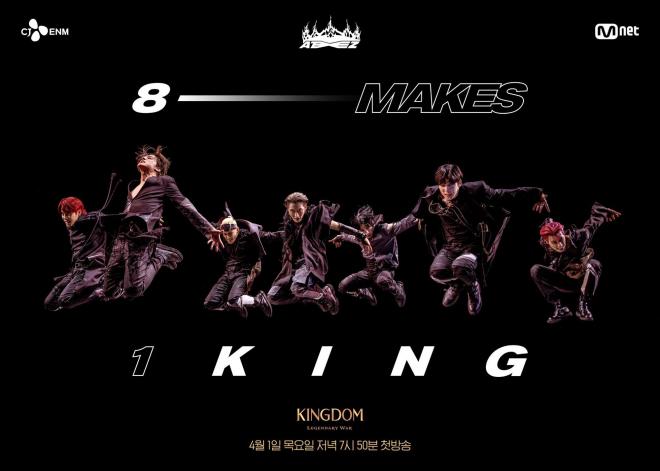 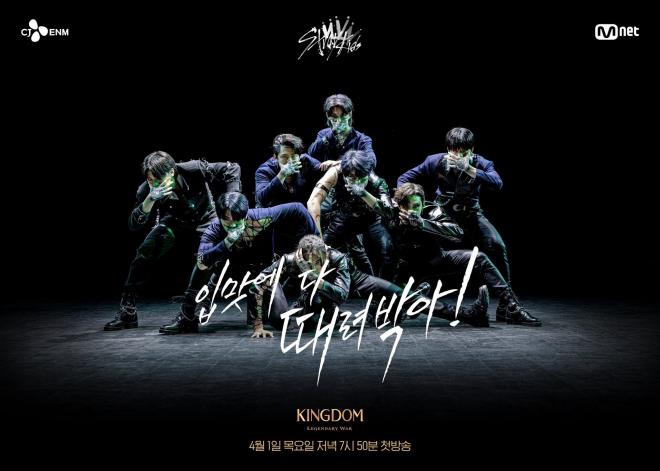 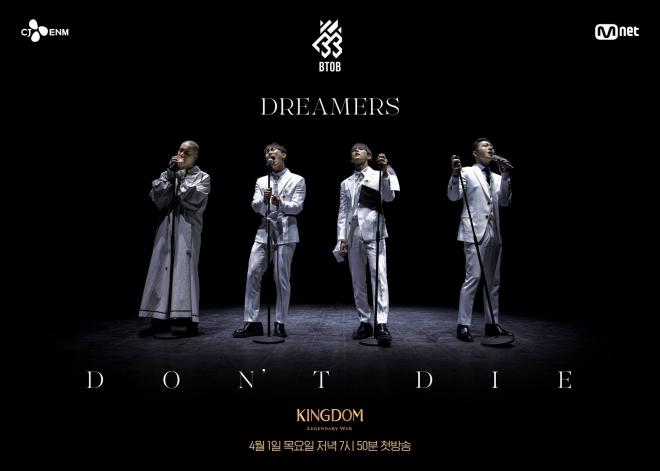 Round 1: To The World

Following the theme “to the world” – ATEEZ, THE BOYZ, Stray Kids, SF9, iKON, and BTOB were tasked to prepare their stages on the song they want to show the world; or the message they want to tell the world. They will still use their own songs and 20,000 points are at stake for the victors of the first round.

Check out the superb stages of Kingdom: Legendary War – To The World below.

Picking their most requested song, THE BOYZ stuns with their breathtaking performance of “No Air”. To capture the emotions of the song, they even went for an underwater experience. It clearly reflects on their astounding concept that definitely won’t go unnoticed!

Huddling for the best song to display in the first round, iKON goals putting a spin to their mega-hit track “Love Scenario” by mashing it up with “Killing Me”. Before that, they hit a roadblock deciding which song to do among their long list of hit tracks.

Acknowledging they are a group with not so many celebrity friends, they even resort to calling their direct competitor Chani from SF9 who is a close friend of Chan. His anecdote about “Killing Me” as the song he listened to while filming SKY Castle eventually made it to the final cut of what iKON decided to perform.  Calling WINNER’s Mino and Seungyoon helped them seal the deal with their song choices.

Convening at Eunkwang’s place, the seasoned idols unitedly agree to put a spin on one of their most loved ballads. A spectacular fusion of vocal prowess and twist is not to be missed in BTOB’s “Missing You” Theater version!

Stray Kids -The Ghost in Me (Side Effects + God’s Menu)

Winning the Introduction Stage, the boys are all motivated to return the love STAYs gave. They did a virtual meeting with their team from JYP since the expectations are amplified for their next performance. For their concept, they take the “overcoming evil to live” narrative as smartly suggested by Felix while Bangchan worked on the arrangement.

2PM’s Wooyoung also gave advice when he visited them on their practice as they struggle to internalize their concept. Adorably, Wooyoung hyung reckoned they summoned emotions came from having no money and no food in their younger years. After watching the practice video, Wooyoung praised Stray Kids for doing a great job.

Locking a mesmerizing and high-energy performance, Stray Kids defined resplendent idols. They made use of their stage well with precise movements and ferociously engaging music. It was a burst of creative extravaganza from start to finish.

ATEEZ – Symphony No. 9 From The Wonderland

8 definitely makes 1 Team for ATEEZ as they erupted into an intoxicating music parade. Ever the optimistic and motivated leader, Hongjoong worked hard to brainstorm ideas for their “Wonderland” stage production, even binge-watching the film Pirates of the Caribbean for ideas. Albeit coinciding with their music comeback, Hongjoong, Seonghwa, Yunho, Yeosang, San, Mingi, Wooyoung, and Jongho pulled off a superb performance.

Taking the viewers to a concert-like music expedition, ATEEZ rolled out a distinct story in their spectacular show. The mind-blowing vocals, special mention to Jongho’s 4-level high notes, coupled with high-octane dance routine would convert any person to become their fan.

Literally unleashing the Kraken within them, ATEEZ made a jaw-dropping moment in Kingdom: Legendary War! It earned united applause from the hyungs they’re competing with.

Going next after ATEEZ’s performance would really put any team to pressure. Comprised of members with busy individual schedules, SF9 made use of their spare time to be together to practice. Albeit the pressure and some difficulties, they manage to leave a stunning picture worth savoring.

SF9 brought a live music video through their “Jealous” showcase. It was equal parts sleek, in sync, and seductive. All members were also given equal shining moments befitting of what Changmin called them — SF9 Fatale.

Based on the experts’ and groups’ evaluation for the first round of performances, the preliminary ranking secured a victory for the youngest group, ATEEZ. 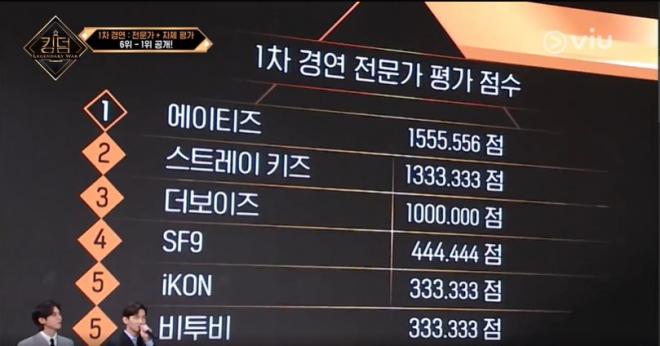 Combining the Group Evaluation, below is the ranking after the six performances. Note that Global evaluation and platform views are yet to be added. 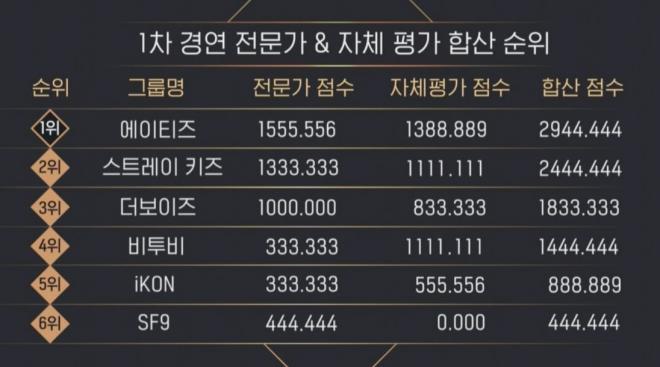 Catch up on the latest episodes of Kingdom: The Legendary War on Viu!