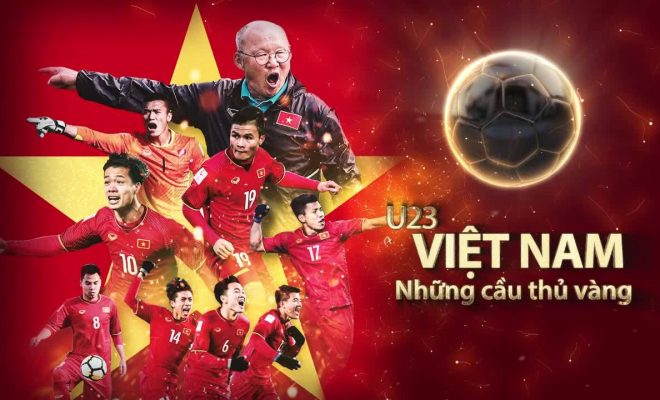 Kudos to the footballers and coach for bringing this miracle to Vietnam.

On January 27, amidst the snow and frost biting winds, the final match of 2018 AFC (Asian Football Confederation) U23 Championship took place in Changzhou, China, between two finalists, Vietnam and Uzbekistan.

After the finale match, Vietnam’s football team finished at runner-up at the biennial international age-restricted football championship, with a narrow scoreline of 1-2 to rival Uzbekistan. 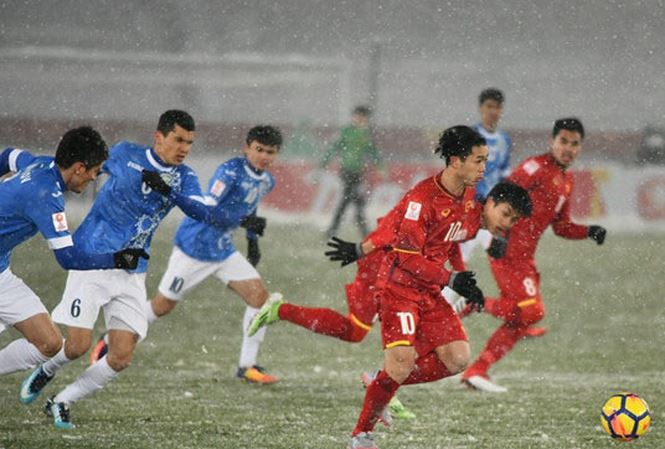 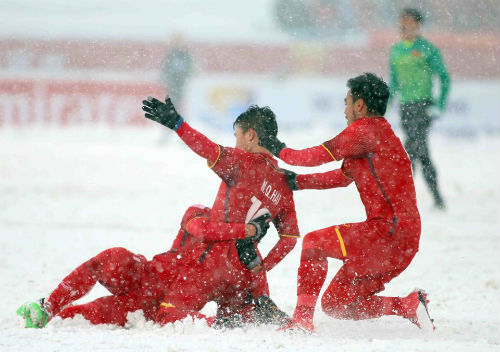 Despite being defeated by its counterpart, U23 Vietnam won the love of Vietnamese people across the country, alongside gaining a newfound foothold in Asian football. It marks a long-awaited decade since the last time when the team bagged home the honorable trophy at the 2008 AFF Championship.

Local fans and expatriates gathered at various public outlets and universities in cities and towns to watch their football team’s historic match. They sang the national anthem, waved flags, then burst into happiness when midfielder Nguyen Quang Hai equalized the score with a free kick. 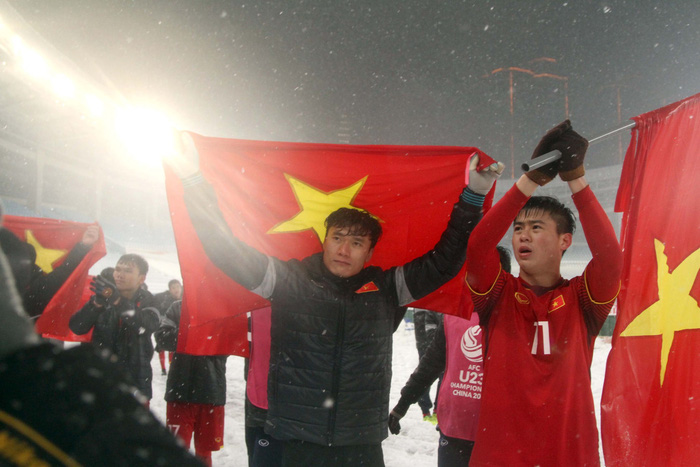 Ahead of the final match in China, the under-23 Vietnam team overtook Qatar by winning 4-3 in the penalty shootout at the semifinals, making it to become the first Southeast Asian team to enter the Asian championship’s quarterfinals, and then the semifinals.

According to Vietnamese reports, the victory of Vietnam U23s over Qatar team was considered as a fairy tale that came true. 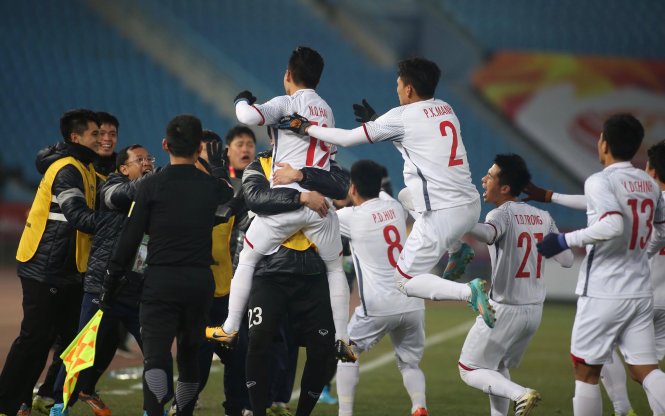 The average locals joined the football fans in parading the streets of major cities to celebrate the win after win after the quarterfinal and semifinal. They dressed in red and yellow, as well as waving the country flag to celebrate their football team’s triumph. 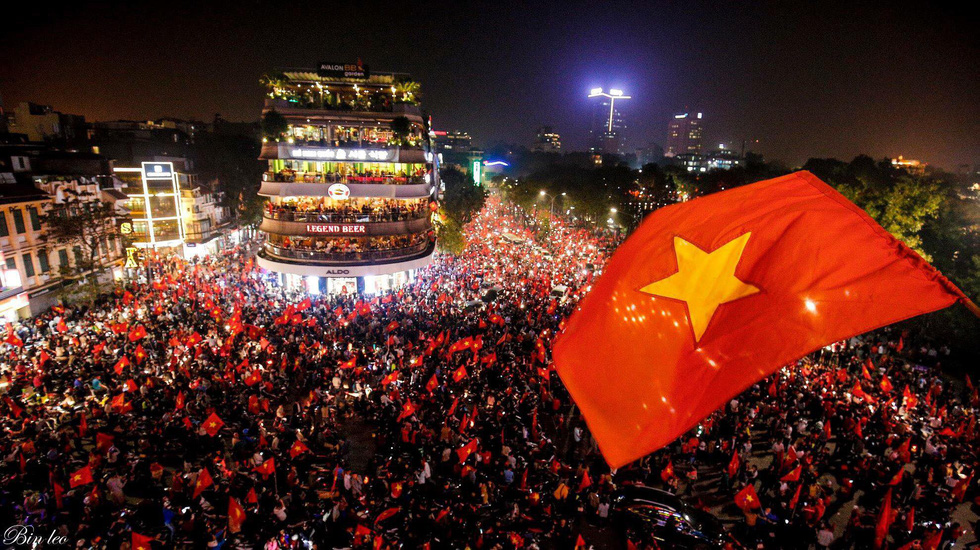 All members of U23 Vietnam were praised as Golden Stars (meaning the star in Vietnam flag) and national heroes. The head coach of the victorious team, Park Hang Seo, was honored as the “Hiddink witch”, who helped Vietnamese football turn over a new historic chapter. 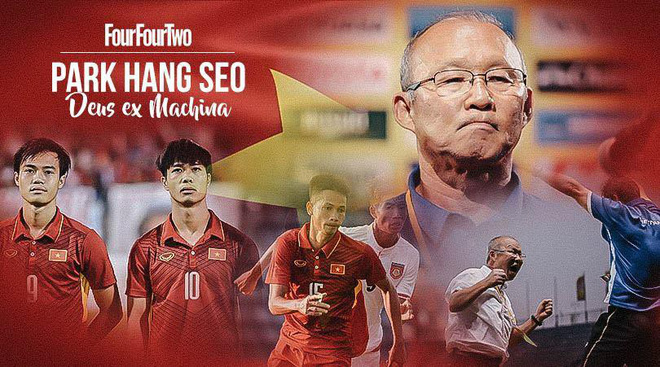 After the final game on January 28, all Vietnamese footballers left China to return their home country. They were warmly welcomed by local citizens as courageous heroes. A huge number of fans surrounded the airport, and waited for hours to meet their “golden stars”. 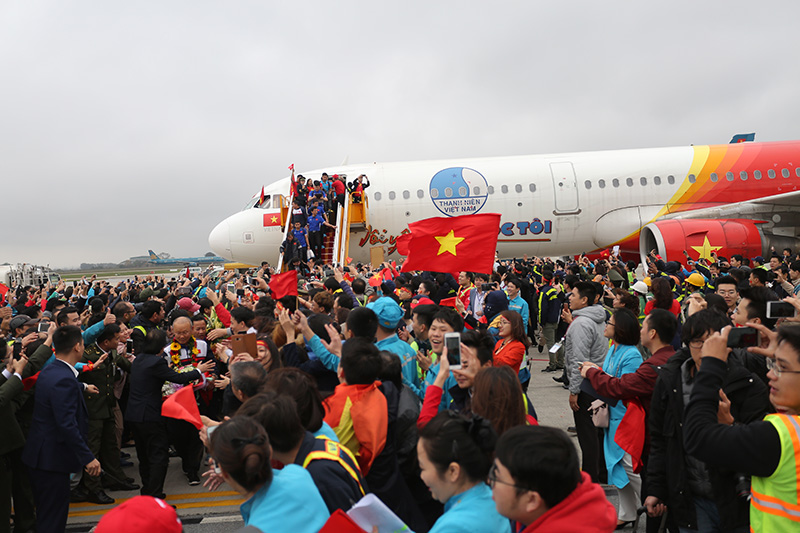 As soon as getting off the plane, all members were picked up by a double-decker bus. The vehicle paraded along the main streets of the capital city of Vietnam, Hanoi, which were packed with thousands of supporters trying to catch a glance of their “brave heroes”. 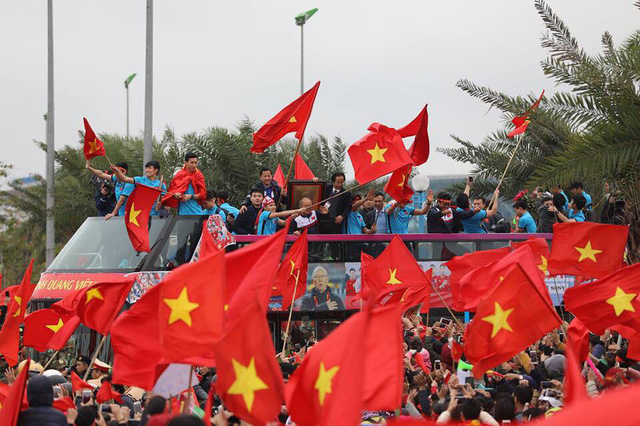 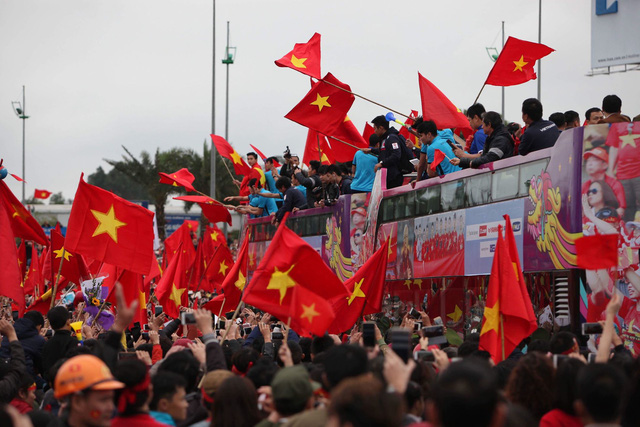 The Vietnam U23 football team then attended a welcome ceremony, which took place in My Dinh National Stadium.

Just like typical K-pop concerts, audiences turned on their mobile phone’s flashlight, and waved their hands to cheer with the footballers.

Vietnam U23 football team is compared to a K-pop rookie boy group, just like they have recently debuted.

Not only do they surprise everyone with their football skills, the young footballers also melt supporters’ heart with their handsome appearance.

It is noted that the team’s goalkeeper Bui Tien Dung was also compared and complimented as “Vietnamese Lee Byung Hun” due to his striking appearance with the Korean veteran actor. 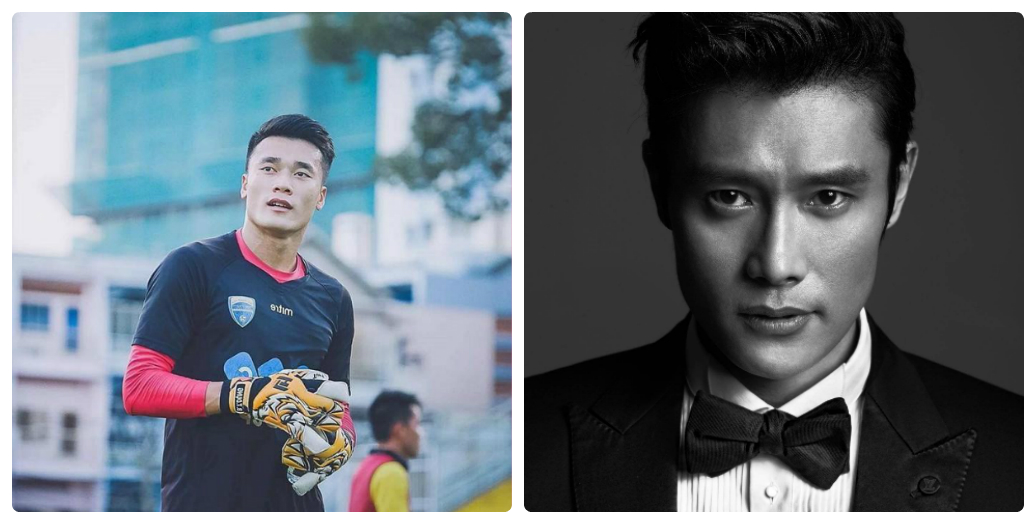 2018 AFC U23 Championship wrapped up with unforgettable moments. It appears that the most significant achievement which the Vietnamese football team achieved at this international sports event is – they successfully brought their people together once more, now again renewed with national pride and spirit, which is more precious than any type of gold medal in the world.

In every Vietnamese’s heart, they are the real champions.