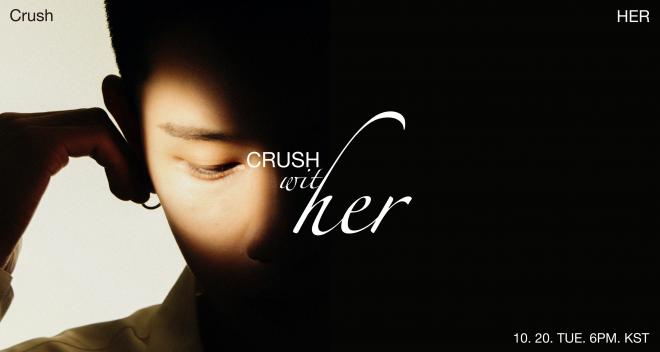 Crush releases soul-crushing and captivating tracks in his October Comeback.

For his latest music, Crush incorporated love themes that are equal parts mesmerizing and heart-piercing. Debuted in 2014, Crush has since gifted songs that had since achieved notable recognitions. Debuted as a soloist in April 2014 under Amoeba Culture, the singer has released two studio albums and four extended plays.

With Her Comeback Timeline

On October 12, Crush announced his comeback to be on October 20 at 6PM KST. The release marks his return in three months from his recent single, “Ohio” which dropped in July this year.

Another teaser was released soon after to reveal the name of the EP album, which would be with HER.

Crush had released a silhouette teaser video to pique his fans’ interest of who he will be featuring in his new album. Draped with soothing background music, the video depicted the feel of his next album, along with the outlines of the artists.

Thereafter, he revealed his track list on October 14 with information on who he collaborated with on each song. Boasting an impressive collaborative list, Crush announced lauded veteran singer Lee Sora will be featured on “Love Encore” while BIBI incorporates her talent on “She Said”.

Adding to that, Lee Hi will be on “Tip Toe”; Yoon Mi Rae on “Step by Step”, and TAEYEON partners with him for the title track “Let Me Go”.

What is unique about this album is all tracks will be collaborations with female artists in the industry. Hence for the distinctive naming for the album.

Each time the name of the collaborator was revealed, it was updated on the video version of the tracklist.

Crush also revealed the album cover of with Her with the release of his comeback. 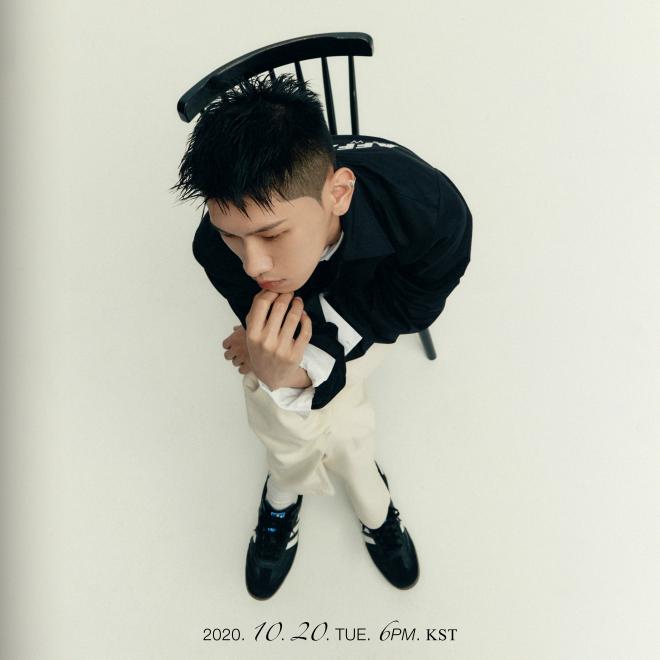 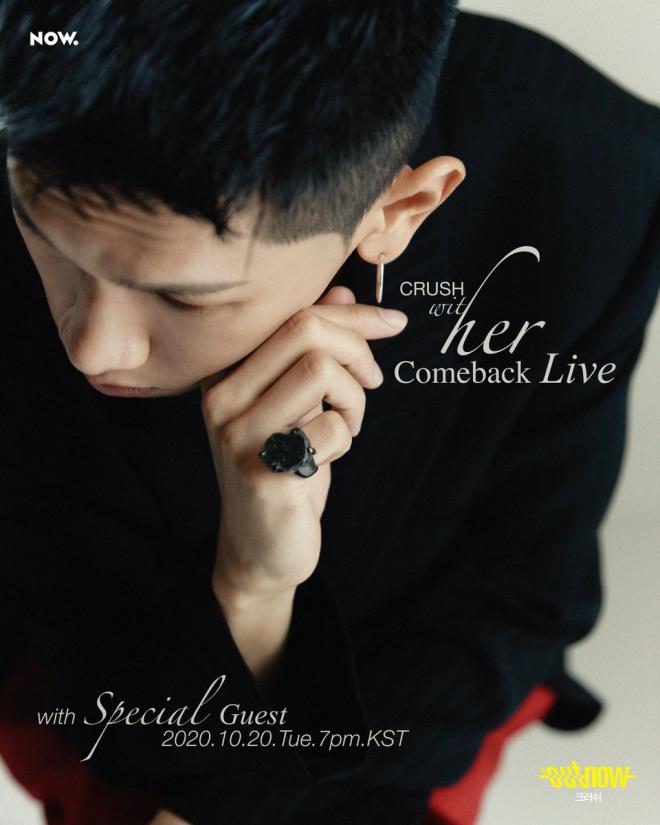 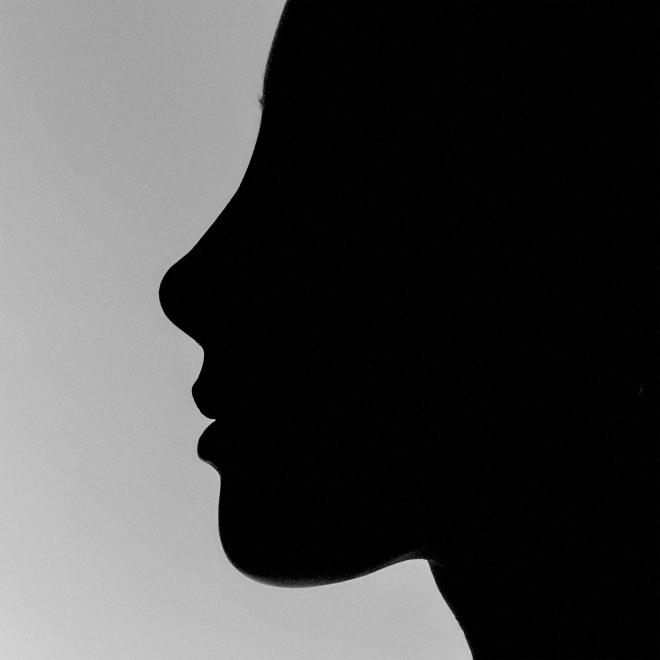 Before the release of his album, Crush released an album commentary feature. Additionally, he talked in detail about the story behind his new songs. He also explained his collaboration with the featured artists.

Moreover, Crush released a highlight clip on VLive of the live version of the title song of the album “Let Me Go.”

Further heightening his latest music release, a full version of his collaboration with TAEYEON was soon released on his YouTube channel.

Subsequently, the teaser videos for the album were released collating  clips from the songs.

With HER Album Impressions

All songs in the album is a collaboration with a female artist in an attempt to capture the collective storyline.

with HER explores what a relationship entails: the start, the end, the honeymoon period, and the difficulties each relationship faces. Overall, it is like a story of a couple, and would certainly be relatable to Crush’s fans.

The title track of the album “Let Me Go” with Taeyeon, stirs a painful break-up song. This song is all about the inevitable end of a relationship, capturing the lonely mood that the autumn season brings. The song is slow-paced, using piano acoustics which makes it more emotional.

“Tip Toe” with Lee Hi is a soulful R&B that is mixed with hints of hip hop. The song has a very retro and indie vibe, which has also captured Crush and Lee Hi’s back and forth interactions as well. The song is about the first step of a relationship, of moving towards each other and asking each other out.

With a Jazz type of vibe, the third track entails all of the different stories into one song. The most different from the track list is “Love Encore” with Lee Sora. It navigates to a bittersweet love story, where you think you found the love of your life and love them with everything you have. On the other hand, post-breakup you realize you’re able to fall in love with someone else.

“Step By Step” is solely about first love, making your moves on that person. It has an EDM undertone with an amazing feature from Yoon Mi-rae, which has notched her latest R&B track after a long time.

Closing the album with the last track is “She Said” with BIBI, a trendy R&B artist. The vibe this track gives off is quite racy, which is all the intimate bits of a relationship. Crush raps in this song with amazing rhymes that end in his mellow vocals.

The two artists have enjoyed substantial success on their own, making them a successful pair. Let Me Go is a subdued affair. Its lyrics detail a break-up, so it would be unfair to expect a rousing musical backbone. Instead, the track’s instrumental largely keeps with muted keys and finger snaps.

The music video starts with a split-screen which symbolizes the two sides of a story when a relationship falls apart. It also contains old school effects, which shows how the story of the couple is at an end.

Both Crush and TAEYEON appeared on different screens during the same locations, through the effect of split screens which was the main aspect of the video. This shows how they have drifted apart, as they can not be together anymore.

The ending is very symbolic where both of them are standing together but in different directions, showing their broken relationship. With soothing vocals from both artists, the video gives off a very subdued and sad vibe.