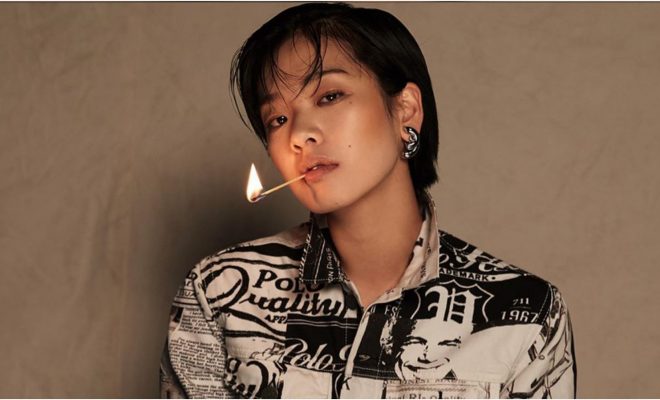 Lee Joo Young shot an unusual concept pictorial for the May issue of Dazed magazine. The actress who was a part of the recently completed jTBC’s Itaewon Class, shot a pictorial that applied different concepts to each cut. 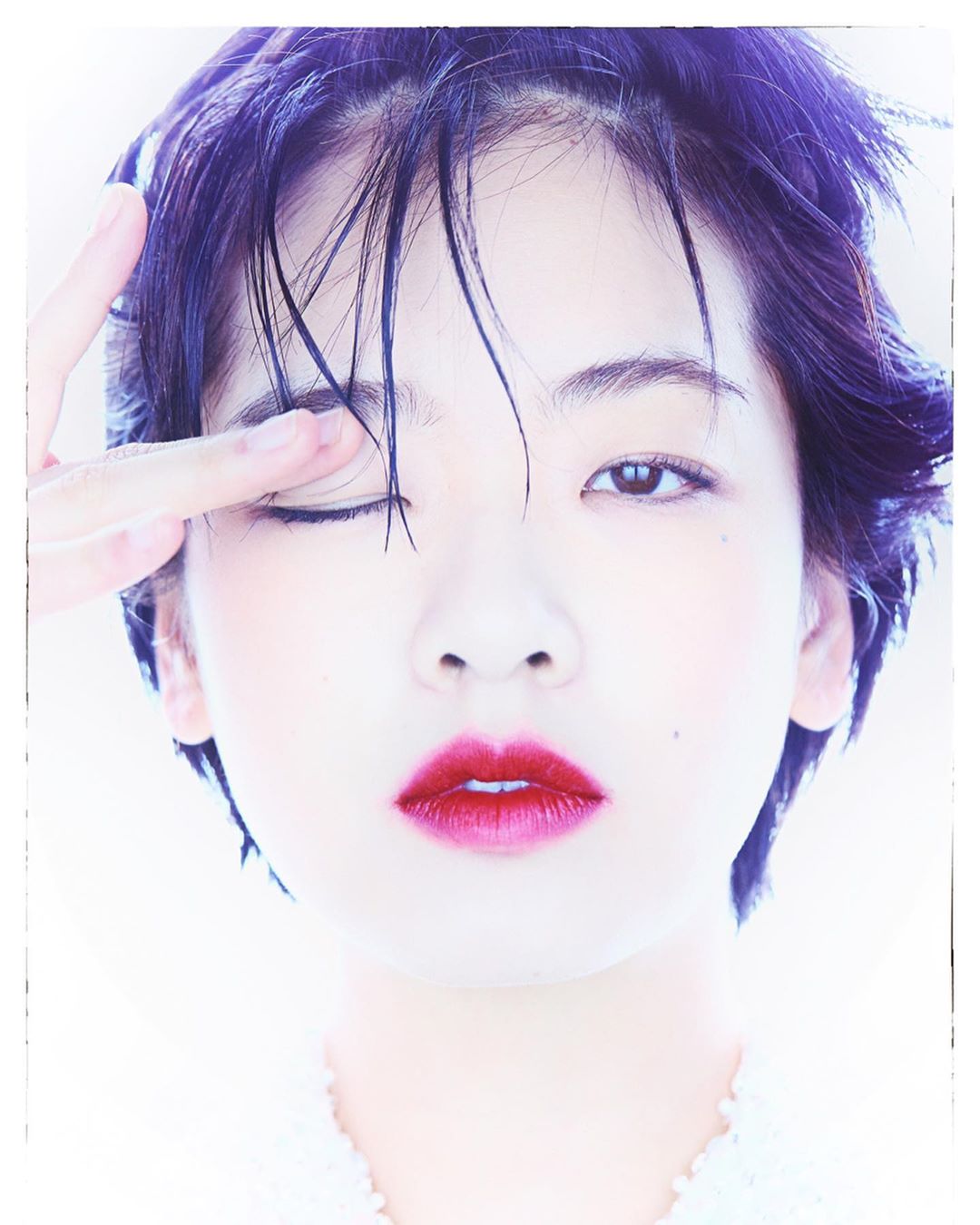 In the first cut, Lee Joo Young’s face is filled against a white-tone background which is intensified with her red lip tint. 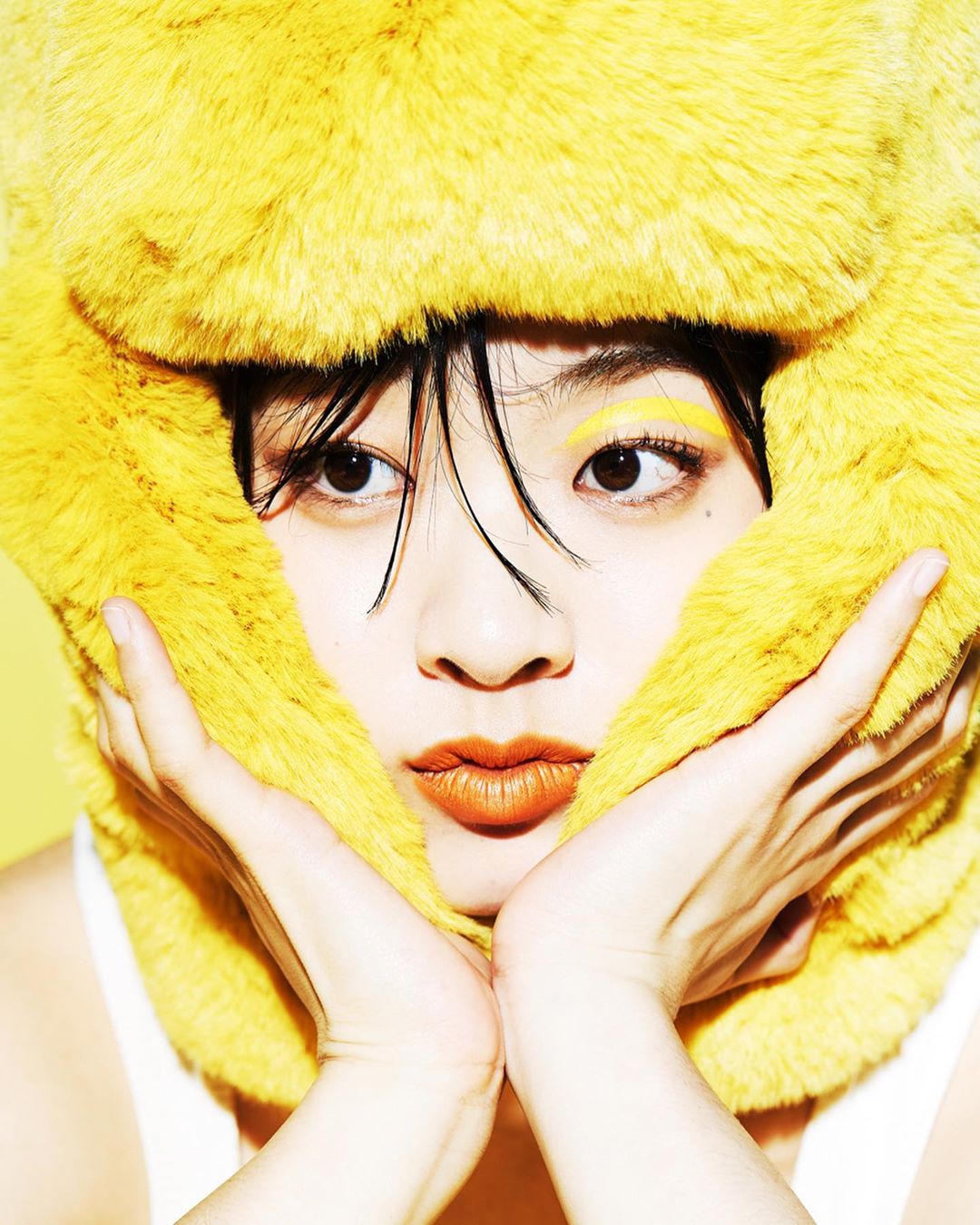 Then, in the next picture, the actress dons a yellow-colored hat and orange-colored lip which showed the unique color of Lee Joo Young. 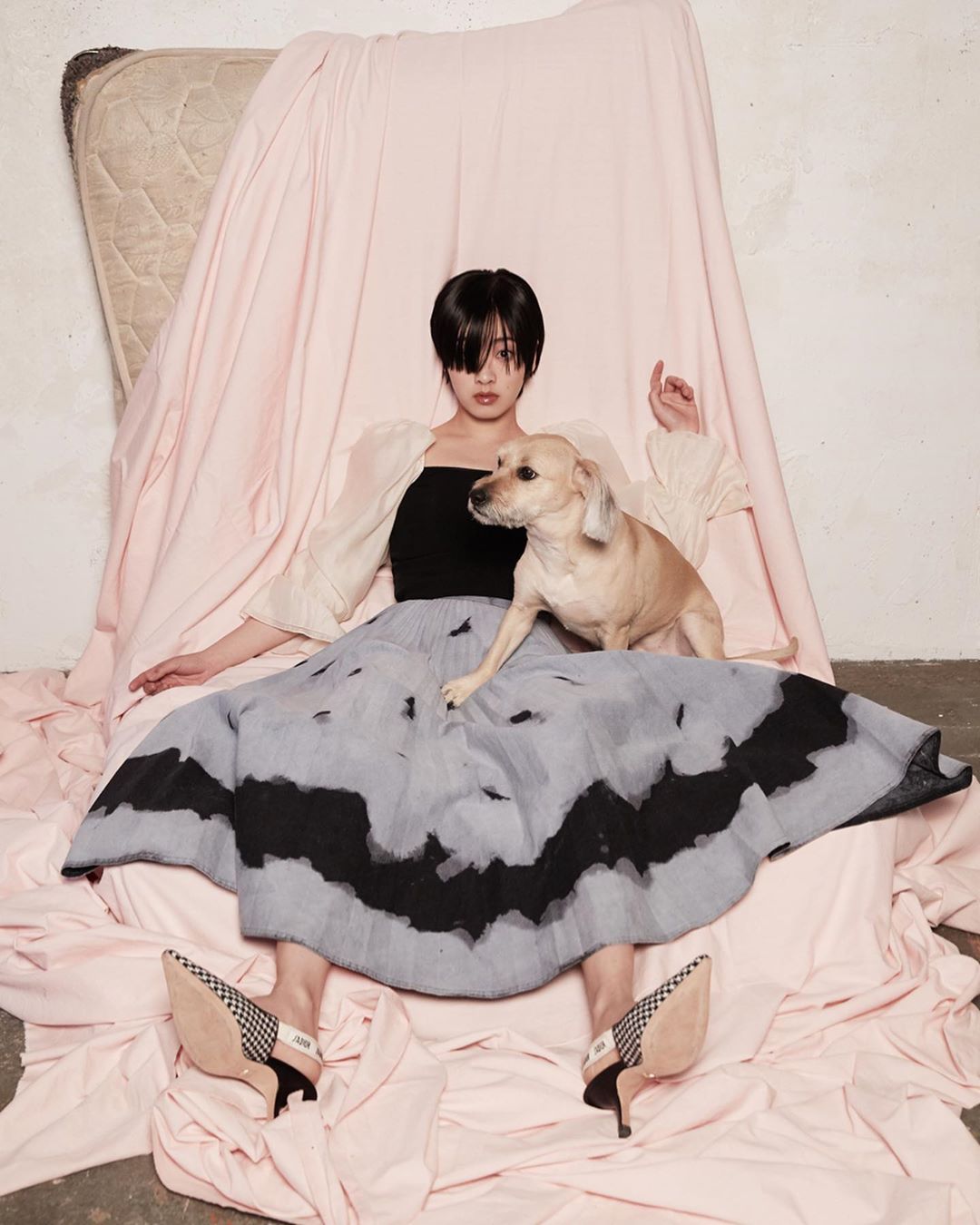 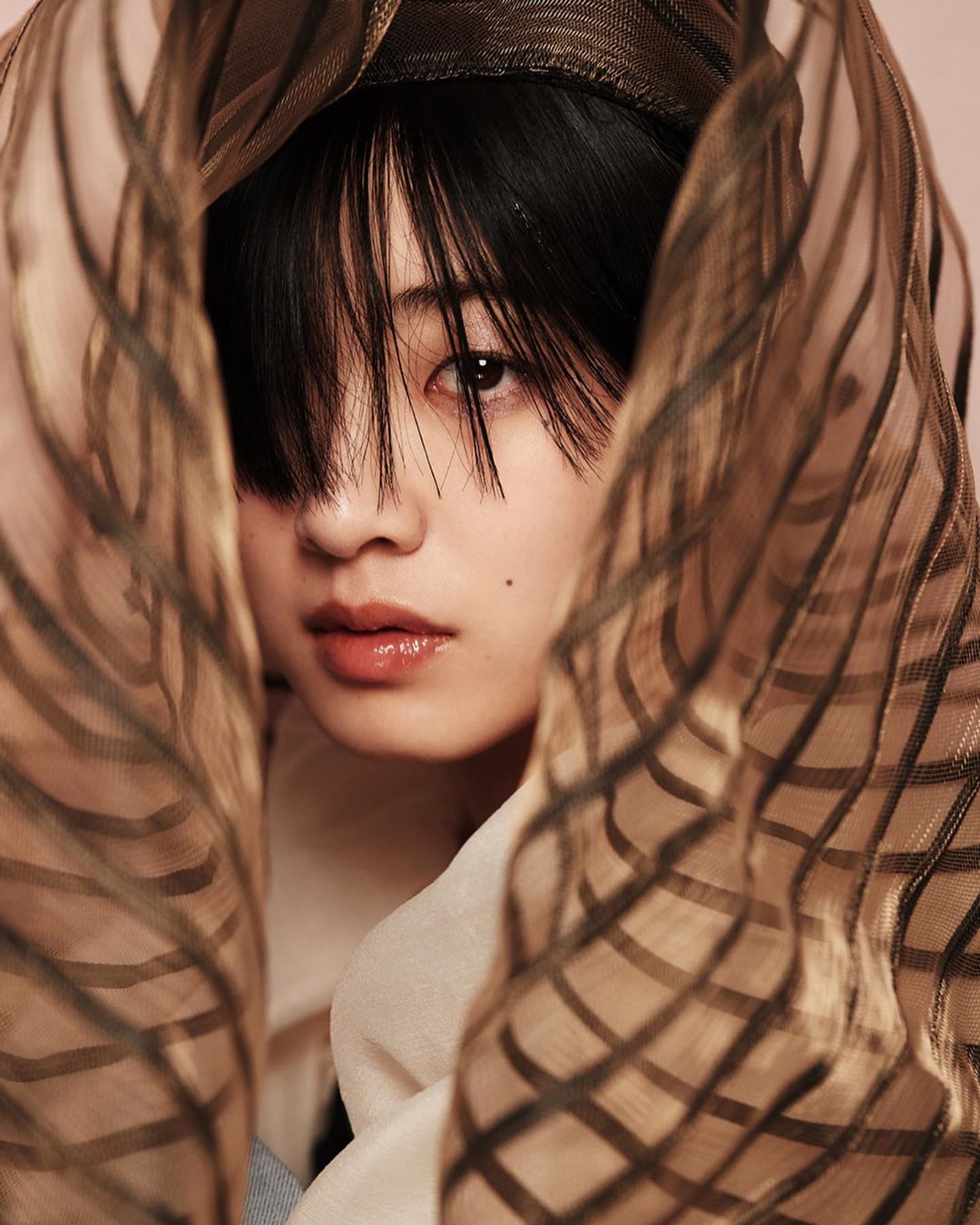 And, in the cut where Lee’s face is revealed between two pieces of clothes, she overwhelms with her fierce gaze.

Lastly, the newspaper printed attire along with the burning matchstick between the actress’ lips brought out a chic mood and radiated a beautiful light, thus perfecting the pictorial. 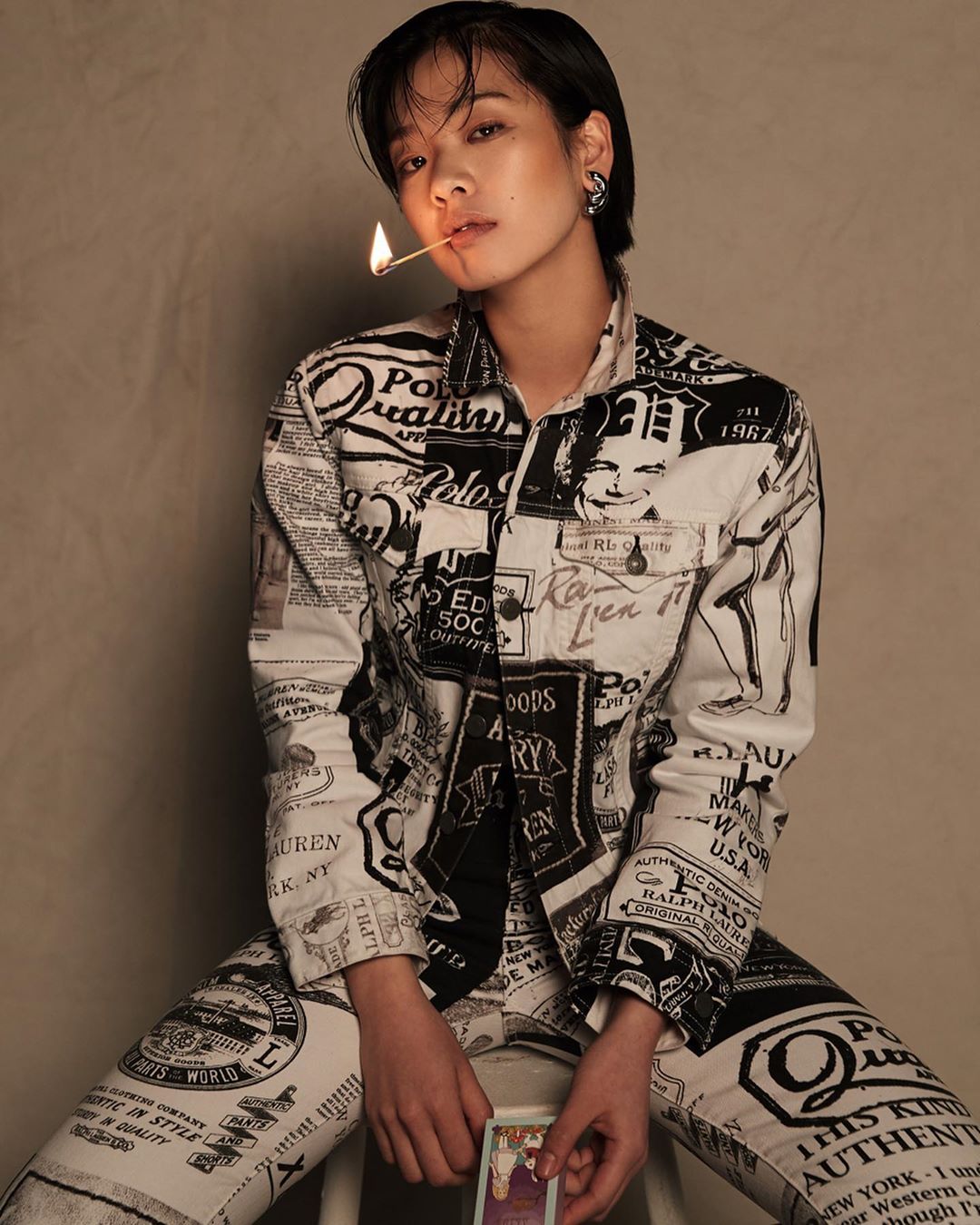 In the interview, Lee Joo Young talked about the popularity gained through Itaewon Class. She said that the drama was the most popular among all the dramas that she appeared in and because of that, more people begun to recognise her as the actress Lee Joo Young. “My parents’ generation also liked this drama,” the actress said.

Regarding the similarities and differences from her Itaewon Class character, she said,  “The similarities are that both Hyun Yi and have a strong will that let us not get swept with things. And the difference is that Ma Hyun Yi is better at improving herself.

At the beginning, her skills were so poor that she was criticized by Jo Yi Seo (Kim Da Mi), but she doesn’t give up, and improved so much that she won the cooking contest at the end.”

Showings her affection towards the character, Lee Joo Young said, “I sincerely supported Ma Hyun Yi, who overcame her difficulties and learned persistence from her.”

Next, the actress spoke about her love for independent films, and said, “I am grateful that my name started getting known gradually. If I became famous shortly after I started acting, I would probably have settled down.”

Speaking further about her journey, she added, “I did my best, but there were many challenges, and I know how difficult it is to move forward. I have overcome this hardship and have come so far.”

The pictorial and interview with Lee Joo  Young will be available in the May 2020 issue of Dazed Korea magazine.