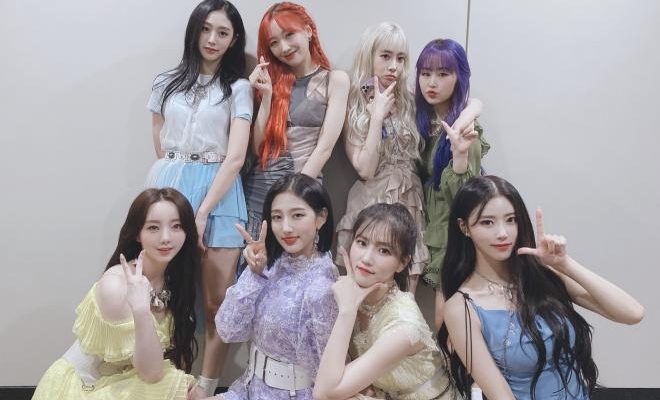 Take A Trip Down Memory Lane With The Songs From Lovelyz

Enjoy a small compilation from the long list of dreamy songs which Lovelyz brought to the music world!

We are about to take you on a trip back in time by looking at some of the beautiful songs of Lovelyz so far. Let us turn the hand of the clock slowly as we appreciate the talent of this amazing octet. 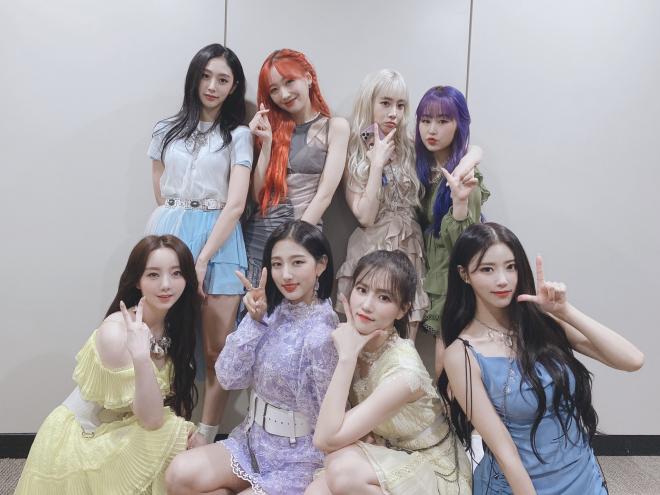 Their most recent release is Unforgettable, an album that is simply a piece of art. It contains various tracks that include both a new take on their concept, as well as numbers that are loyal to the group’s original sound.

“Obliviate”, which earned them a lot of positive reactions, presented a whole new image, spiking the interest of music lovers. The song has a fairy tale feel to it, delivering a new type of music to the fans.

Also, the focus falls on the meaning of the song and its title. “Obliviate” is used repeatedly like a spell, in order to erase sad memories from one’s hurt heart.

Likewise, “Worry Dolls” grabs the attention of listeners with its unique sound and perfect presentation from the girls. The pop-rock track brings the message of comfort in a delightful and intriguing way.

The performance which followed along was as captivating as the members’ flawless singing. In addition, the lyrics mesmerize as much as the smooth switch between the girls’ parts.

“When We Were Us (Beautiful Days” has a bright feeling delivered in both the song and its music video. It speaks of those beautiful moments in life that leave a strong impression in one’s heart.  Despite some of those eventually becoming sad memories, they are presented as precious thoughts instead, by focusing on the good parts.

“Sweet Luv” portrays the heart of a woman in love through Lovelyz’s mature vocals. The sensuous sound and groovy rhythm add to the completion and appeal of this non-title track.

Through “Lost N Found” the lyrics portray the stacked up emotions towards someone in a lovely way. The track shows more of Lovelyz’s sentimentality, while comparing the unspoken feelings to something that is lost and waits to be found by the person they are meant for.

“Rewind” is a beautiful song with a soothing message for everyone who takes a step into a new world. Like the people who enter society after graduation, this track is here to cheer those who feel both excitement and fear for their new endeavors.

“That Day” was released in the mini-album Heal, and just like its name, the track sings of healing and getting better. The fresh vocals of the members serenade about the different emotions which love can bring.

Moreover, the song compares taking the pain and sorrow after a break to that of breathing in. In order to feel better, one needs to breathe out the negative feelings which will then be replaced by better ones.

These three songs create a series, which showcase the different types of love. “Destiny” brings the hopelessness and despair that love is something unachievable. Meanwhile, “WoW” explains why love can’t be reached and lastly, “Now, We” holds the happy ending of the emotion becoming real.

“Ah-Choo” is one of the most iconic songs of the group, describing the feeling of love through the artists’ innocent charm. Furthermore, the cuteness the members emit through singing alone is impressive.

Lastly, we will finish the list with Lovelyz’s debut piece “Candy Jelly Love”, which once again focuses on pleasant and fresh tunes. This number as sweet as candy, will make you fall in love with the girls, just like their other songs!

The incredibly talented girl group Lovelyz will hold their own online concert LOVELYZ ONTACT CONCERT Deep Forest. The idols plan to go on a fairy tale journey with their global fans and create unforgettable memories together.

The concert will be held on October 18 at 3 PM KST. Korean fans will be able to watch and reserve their tickets through Seezn and Olleh TV, while MyMuicTaste will provide their platform for international fans.