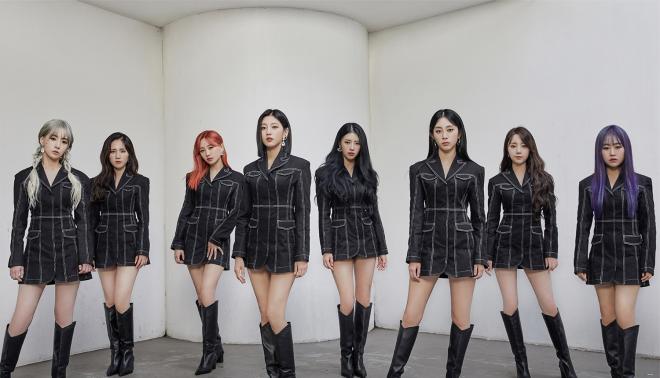 K-Pop Spotlight: The Ever Growing Charm & Talent Of Lovelyz

Lovelyz, known for its innocent and pure concepts, has been garnering more attention with their latest transformation. Undoubtedly talented, the girls deserve more of the public’s eyes, as they have a lot to show. 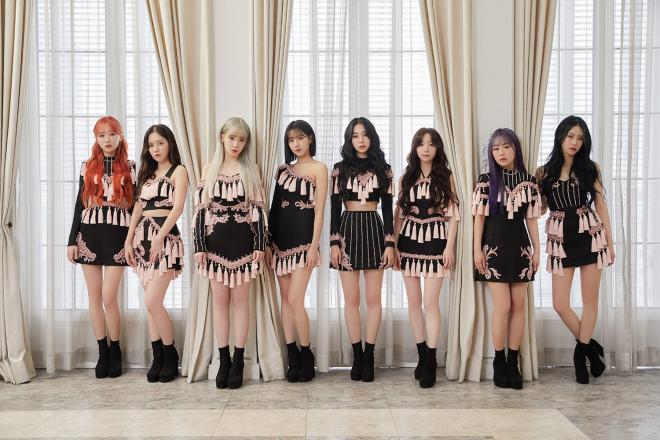 Consisting of Baby Soul, Jiae, Jisoo, Mijoo, Kei, Jin, Sujeong and Yein, these girls have been proving their immense potential. Not only do they shine when they are together, but their individual talents also grabbed the attention of fans and entertainers alike.

Lovelyz debuted in November 2014 with the album Girls’ Invasion and its title track “Candy Jelly Love”. The cute, lively piece and the members’ sweet appearance easily raked in fans’ attention.

Prior to their debut, the girls dropped a pre-release digital single called “Good Night Like Yesterday”. The track was included in the group’s first album, along with a couple solo songs from members Baby Soul, Jiae and Jin, as well as a collaboration piece of Baby Soul and Kei with Infinite member Dongwoo.

Talent was overflowing from the start and Lovelyz was there to take their place in the music scene.

Innocent concepts: between cute and elegant

The group continued their focus on presenting various pure songs and performances, which stole the hearts of global fans. In particular, the track “Ah-Choo” stood out as one of the girls’ most famous song. The lyrics bring the message of an innocent love and the struggle one has to express those feelings.

Through the years, the girls showed more of their girlish charms in both their music and videos. Moreover, they managed to impeccably add an elegant touch to give the completeness which Lovelyz represents. Some songs that show that quite well are “That Day”, “Twinkle”, “When We Were Us (Beautiful Days)”, “Lost N Found”, “Destiny” and “Now, We”.

Of course, the group has some impressive side-tracks too, which definitely deserve a listen. The sweet harmonized vocals of the members will make it worth every second.

Despite not being in the music scene as a whole group, the girls kept busy with their individual schedules. They expanded their activities outside of Lovelyz, showcasing each members’ charms in various fields.

Sujeong and Kei focused on their music, both of them debuting as soloists. Through that, they were able to show their own styles, which impressed their fans once again. Meanwhile, Mijoo appeared on various programs, dominating with her entertainment skills.

Members Jisoo and Yein starred in the web dramas One Fine Week and The Blue Sea respectively, broadening their horizons. Jiae on the other hand tried the role of a DJ on radio programs and she seemed to enjoy it a lot.

In 2019, the group participated in Queendom, an Mnet reality survival show where six female teams compete against each other. At the last stage of the show, each contestant released a new single on the same day at the same time, to see which one would take over the charts.

During the program, Lovelyz extended their performances from the cute ones the public is used to seeing. Immense talent was brought to the survival program’s stage, exciting not only the viewers but also the other contestants. The original song which the girls presented during the Finals was titled “Moonlight” and had an outstanding atmosphere.

The group made their latest comeback on September 1 with the mini-album Unforgettable and its main track “Obliviate”. Moreover, the girls drew attention with their new looks and music style, gaining them even more of the public’s eye.

The vivid transformation was welcomed with open arms by fans everywhere. The idols’ popularity was proven through their successful comeback.

The girls are planning to hold their very own online concert titled Deep Forest. Through it, the girls will take music lovers on a fairy tale journey to remember.

The event is scheduled to broadcast on October 18 and is expected to gather fans from all over the world.