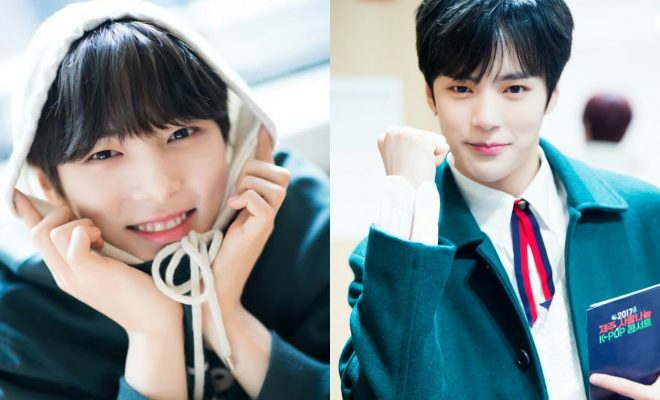 #HBDtoMINHYUK: Moments Of MONSTA X’s Minhyuk Being The Sunshine That He Is

MONSTA X’s Minhyuk is the exact embodiment of his favourite word – “sunshine” – especially to Monbebes.

MONSTA X’s Minhyuk is more than just an idol to Monbebes – he is the light that guides their way, the owner of the smile which brightens up their worlds, and the sunshine that always makes their days sparkle. As the mood maker, permanent MC, hype man, and number one supporter of MONSTA X and their fans, Lee Minhyuk has brought a tremendous amount of joy to those who love him – and whom he loves.

With this, we celebrate his birthday by painting a smile on everyone’s faces through moments of MONSTA X’s Minhyuk being the ultimate sunshine that he is: 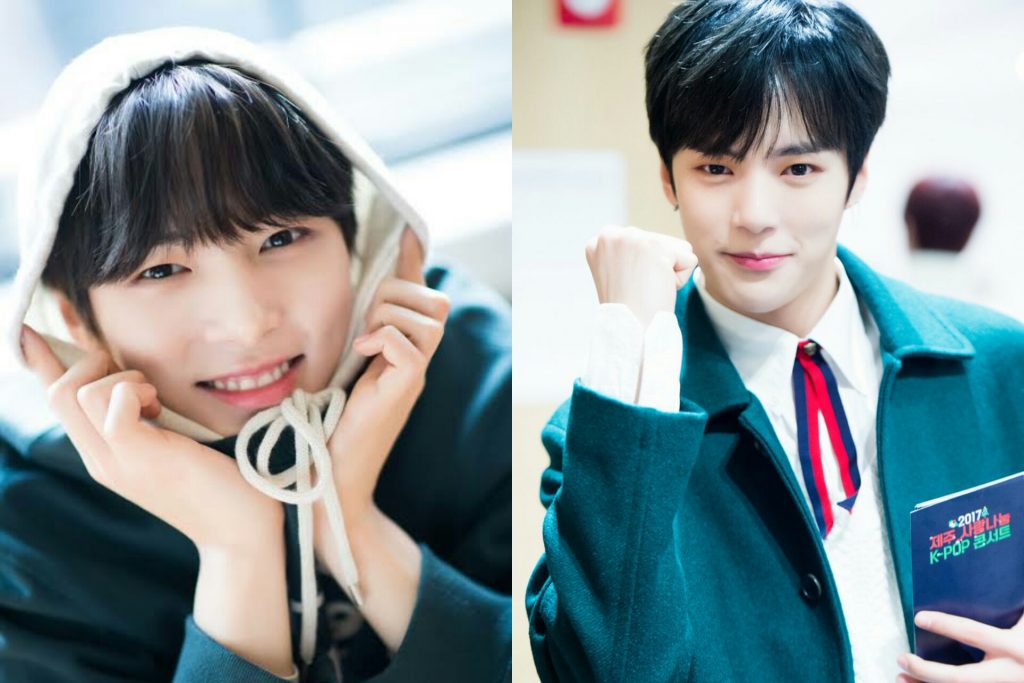 His relationship with his members had always been the cutest, especially with the way he cheers and hypes them up. He is one of the members that his groupmates lean on in times of need – he is one of their biggest support systems. The way he makes them smile, encourages them, and makes sure they are alright has always touched Monbebes’ hearts.

Minhyuk and Shownu dance to a children song sweetly but Shownu is kinda shy so Minhyuk motions his hand to Wonho as in asking him to join them & he does join them, dancing cutely, aaaaand Hyungwon joins too uwu

Why are they so cute ㅠㅠpic.twitter.com/WjWbbseMbS

they were watching a video compilation of monbebes sweet messages to them and changkyun became so emotional and quiet trying not to cry and minhyuk noticed it and held his hand right away.. the unspoken understanding they have for each other ? pic.twitter.com/5e7zMWaGfE

But of course, one of the things that fans also love about him is his natural side of being a sass master. Every Monbebe knows that he is someone who speaks his mind and shows how he truly feels about things. His honesty has always been something fans had admired about him.

when kihyun got embarrassed from doing a flying kiss and ran backwards for hiding, the disgusted face minhyuk made along with dusting his shoulder away where kihyun touched him ? LMAO THEIR FRIENDSHIP IS SO CUTE ?pic.twitter.com/pZEuSAYti4

Speaking of fans, Minhyuk is an expert at communicating with them in every way possible. The way he coordinates with fans is on another level – and with the way he does it, he can even command a battalion of Monbebes to any battle with just a snap of his fingers.

Minhyuk asking fans where his members went is still one of my favorite things pic.twitter.com/28mRlwLCYX

everytime I see my boo minhyuk calming down the fans, keeping them quiet & leading the monbebe cheering squad, it makes me realize how he can lead the monbebes properly in world war III pic.twitter.com/rz9HNe08oN

Minhyuk hyping up fans ever since he was a rookie, an actual KING pic.twitter.com/vAb89oD6k0

However, he doesn’t just lead them or stand in front of them like an idol – he takes care of them like family. Minhyuk always makes sure to be as much of a sunshine to Monbebes as he is to his group. He has been a happy pill to them countless times and has made their hearts full with all his sweet and thoughtful actions towards them.

minhyuk & shownu asked the security guard to give their own water to the fans they're so sweet 🙁
pic.twitter.com/BYUNMSwV25

Who remembers when it looked like Min was about to snap on somebody at first, but he was just concerned about some fans getting wet & offered his towel ??

We stan the biggest sweethearts.

i’m feeling emo about the way minhyuk lingers for a bit to make sure he’s waved at all the fans waiting in the cold. it’s a small gesture but he understands how it can make someone’s day/night. he deserves the whole world pic.twitter.com/E9XI5hCpsn

Minhyuk is always such a caring person to his fans. He always listens them closely, holds their hands, leans towards them and makes them feel special. Look at him blowing air on monbebe's wrist when he realised she is hurt. So sweetㅠㅠ#MONSTA_X #MINHYUK pic.twitter.com/1ykwQwsbPq

I WILL SAY IT AGAIN FOR THE PEOPLE AT THE BACK: minhyuk knows how simple gestures (signing posters, giving away award bouquets, waving) can mean the world to fans and doesn’t take their happiness for granted ? i’mma go cry in my cry corner pic.twitter.com/FdYrpEQIJd

When he stood on stage with one of his many dreams finally coming true, he made Monbebes even prouder of him, especially as he beamed the brightest smile in the universe as he did one of the things he had always loved to try.

191020 Minhyuk has finally achieved his dream of being a permanent music show MC and not only that, today he also does the outfit styling for him and his new friends Naeun and Jaehyun, im incredibly proud of our sunshine. ✨ pic.twitter.com/F90uFGE2UP

He has claimed his nickname “sunshine” in every single way possible – and everyone knows that it belongs to him.

He is our special shining gem sunshine ?❤pic.twitter.com/Nay2zTIScp

(min explained that he likes being called sunshine ?) pic.twitter.com/zWKqWhp4Wh

when shownu said “YOU are sunshine” to minhyuk i knew it’s already my cue to start sobbing uglily pic.twitter.com/zdKWWofX0O

So yes, his laughter and his smiles mean a lot to Monbebes – and it is a treasure that they would swear their life on protecting forever.

I made little compilation of minhyuk’s laughs because he’s our sunshine ? pic.twitter.com/43bz2N5fFu

As a birthday gift, Monbebes even took the time to gather and adopt not just one – but three! – of his favourite animal: whales. Besides these whales who were named under him and MONSTA X, one more whale was also adopted in the name of Monbebe – showing the everlasting bond between MONSTA X and Monbebe.

Hi Minhyuk this is for you! Shine forever!! We love you#HBDtoMINHYUK#세상을_민혁이로_그려낼_오늘@OfficialMonstaX pic.twitter.com/bG25iPx5S5

Besides Monbebe, we also adopted a blue whale in Minhyuk's name (remember when I asked you for your favorite whale? This is the reason?) #세상을_민혁이로_그려낼_오늘 #HBDtoMINHYUK pic.twitter.com/O44xjbrbzi

I would like to introduce you to our newest family member~?

Although there might be days when shadows seem to loom over more, the light from the sun never truly goes away. After all, cloudy and stormy days are only there because the sun is covered from endowing everybody its warm light – but it eventually goes away, and the sun takes back its rightful place in gleaming brightly once again.

In life, everyone has their own sunshines – their provider of joy, hope, and warmth – and for Monbebes, that is Minhyuk. It might be his birthday, but it was he who gave Monbebes the greatest gift: his existence. Happy birthday, Minhyuk!