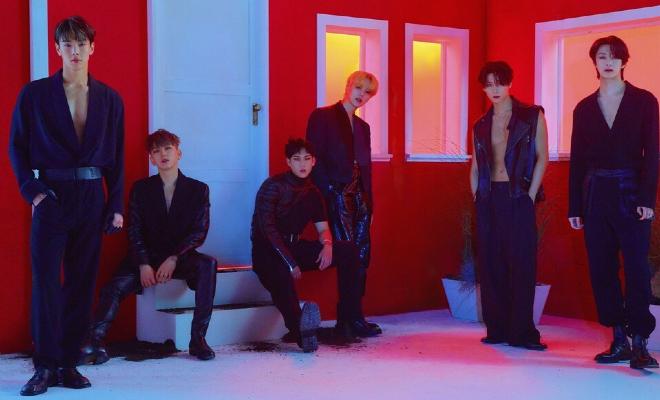 The audience obviously has high expectations of what MONSTA X has in store for their 2021 activities as the six-member beastly boy group continued to awe the public with their global recognitions and praise-worthy growth throughout 2020.

MONSTA X showed off its majestic charm as well as the distinct colors of each member in various 2020 activities, proving its solid global fandom by having noticeable achievements despite the difficulties of promoting overseas due to the virus.

Starting off MONSTA X’s 2020 was the release of its first full album ALL ABOUT LUV in the U.S in February. The album debuted 5th on the US “Billboard 200” with 52,000 album-equivalent units, including 50,000 album sales.

ALL ABOUT LUV also made impressive results as it ranked 84th and 53rd respectively in the year-end closing “Top Album Sales” and “Top Current Album Sales.”

An unexpected collaboration with Snoop Dogg also followed with the soundtrack for “The SpongeBob Movie: Sponge on the Run” entitled “How We Do.”

They also made their second appearance on “Good Day New York” and performed at Time Magazine’s Time100 Talks event in June 2020.

The group’s success continued to flow with the Japanese single “Wish on the Same Sky” released in April 2020. Once again, MONSTA X proved its worldwide popularity by taking over the charts and settling on the top spot on Tower Records’ overall single week chart for three consecutive weeks.

MONSTA X’s fame not only shined in overseas activities but also in Korean promotions. Released in May 2020, the 8th mini-album FANTASIA X showcased the unstoppable team’s signature outstanding and energetic performances.

The group’s 3rd full-album FATAL LOVE was rather more attractive and charming to MONBEBE as it boasted the members’ deep musicality and flexibility as an artist with Hyungwon’s first composition, “Nobody Else,” as well as Jooheon and I.M’s songs. FATAL LOVE’s title track “Love Killa” also won two music show trophies, making these a precious gift for domestic and international fans.

Shownu and Minhyuk were also highlighted by the U.S. economic magazine, Forbes, for their first duet OST “Have A Goodnight” for the webtoon She’s My Type, which gained huge attention and interest from local and international fans.

Consecutively, MONSTA X’s sunshine and all-around entertainer, Minhyuk, showed his exemplary skills as he hosts SBS’ Inkigayo alongside NCT’s Jaehyun and APRIL’s Naeun. He also excellently leads his own Naver NOW radio show “Vogueship Show” and hosted Seezn’s “Back to the Idol” with Super Junior’s Eunhyuk.

Minhyuk also made surprise participation on MBC’s “King of Masked Singer” with his delicately attractive vocals and emotions, proudly showing up until the third round.

The hamster main vocalist, Kihyun, also showcased his diverse musical color as he sang OSTs for various Korean dramas such as KBS2’s Meow, The Secret Boy and Do do Sol Sol Sol La Sol.

Jooheon, who proved to be an all-around artist who is amazingly good as a rapper and vocalist, also participated in the “King of Masked Singer” and released his song cover of Leeds’ “You’ll Be Happy Without Me”. He also released his mixtape “PSYCHE,” topping iTunes’ “Top K-Pop Album Chart” in more than 30 countries.

The group’s seasoned youngest, I.M, also featured in “Need to Know” with the U.S. artist ELHAE.

Additionally, the members have also drawn attention with their unique presence in the entertainment industry by proving their title as powerhouse and all-around idols. MONSTA X won a silver medal for archery at the 2020 Lunar New Year Special Idol Athletics Championship and a gold medal in the KartRider Rush+ event at the 2020 Chuseok Special Idol e-Sports Championship.

MONSTA X had also captivated lots of viewers with its unexpected charms behind the stage as the members unveiled their ordinary daily lives with Seezn’s “MONSTA X On Vacation”. They also appeared in various reality programs such as Kakao TV’s “Face ID” and MBC’s “Point of Omniscient Interference.”

On top of those, MONSTA X was the first idol group who appeared twice in 2020 alone in K-Bob Star, and continued its limitless activities by appearing on the popular MMTG web program Civilization Express.

Shownu also made a surprise appearance in JTBC’s Hidden Singer 6, and has also showcased his sense of entertainment in Knowing Brothers with Jooheon.

With fans’ endless cheer and support and the group’s continuous growth in various fields, they have swept several awards from ceremonies throughout 2020.

Meanwhile, expectations are in a further rise on what fatal musical attacks would MONSTA X do in 2021.