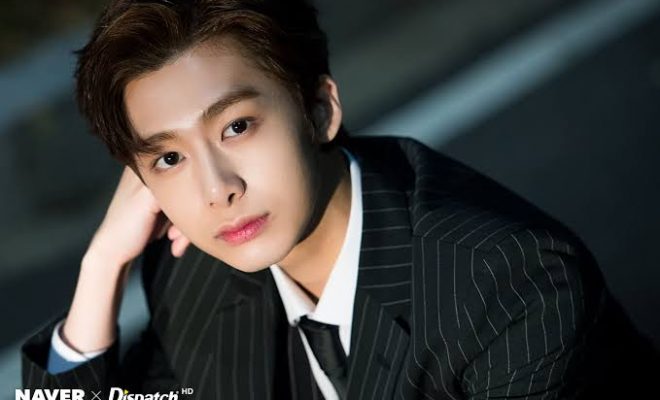 MONSTA X’s Hyungwon, Alexander Chae, DJ H.ONE – this guy has a long list of things he can do and he can be.

Of all the K-Pop idols in the industry, MONSTA X’s Hyungwon is definitely a guy that everyone shouldn’t sleep on. He has a long list of a variety of things that he can do, and those are all in various different fields as well – which proves his versatility that makes “impressive” an understatement. 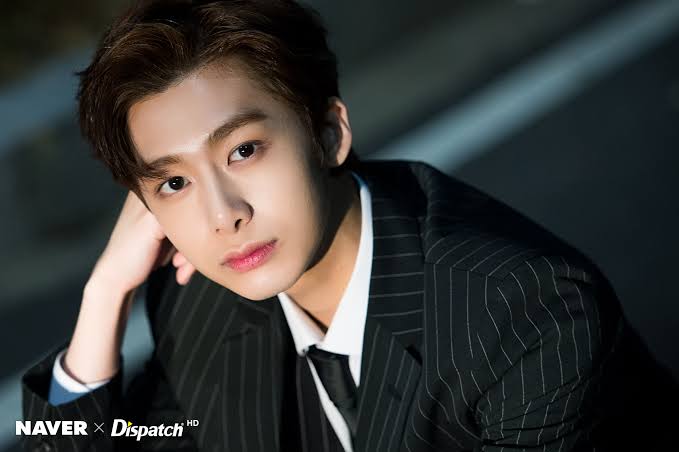 In celebration of his birthday, we direct the spotlight all to Hyungwon and the various reasons why we think he exemplifies the word “talent” with the plethora of things that he is and he does:

Of course, he is, and he has proven that several times already. Hyungwon’s voice is amazing and deserves so much appreciation, especially in songs from the group like “From Zero”, “Myself”, and “In Time” which all fit his voice – seeming like they were made just for him.

Dancing is perhaps Hyungwon’s biggest strength – and he had acknowledged so himself before. However, his skills as a dancer do not stop at how graceful he moves and how effortless he makes every detail look amazing.

The MONSTA X member had used his dancing knowledge several times already in taking part in making choreographies, including the one for his unit stage cover of “How Long” with I.M during their THE CONNECT tour.

He also joined groupmates Shownu and Wonho in showing off their dance skills in a performance video cover of “Numb” by August Alsina with a choreography that he participated in making as well.

You can’t fight us on this – Mr. Chae Hyungwon is and will always be an honorary member of MONSTA X’s rap line. He showed his “potential” in rapping when he switched parts with Joohoney for a special version of “Fighter” – and ever since then, he has displayed his interest in rapping, especially whenever “Mohae” plays.

The one and only DJ H.ONE

The MONSTA X member has a deep love for DJ-ing, and his passion for it has produced fruitful results. Monbebes know him for his alter ego DJ H.One, who also often gets shout-outs in MONSTA X songs such as “Party Time” and “Oh My”. In fact, his stint as a DJ has landed him a spot as one of the performers on the Ultra Korea 2018, and he definitely rocked the event with his mixes.

He also performed in Hong Kong for Music Bank as DJ H.One and had his solo stage to perform his set and hype up the crowd further during MONSTA X’s WE ARE HERE world tour.

Moreover, he had released the song “Bam! Bam! Bam!” in collaboration with fellow DJ Justin Oh featuring fellow MONSTA X groupmate Joohoney. He also teamed up with Jimmy Clash for the song “My Name”.

We will never get tired of saying that the MONSTA X member sends models around the world jobless every time he poses for a magazine cover or walks in the runway. Top companies like Allure, Grazia, Singles, Dazed, GQ, and more have acknowledged his top-tier visuals by having him on their pages. 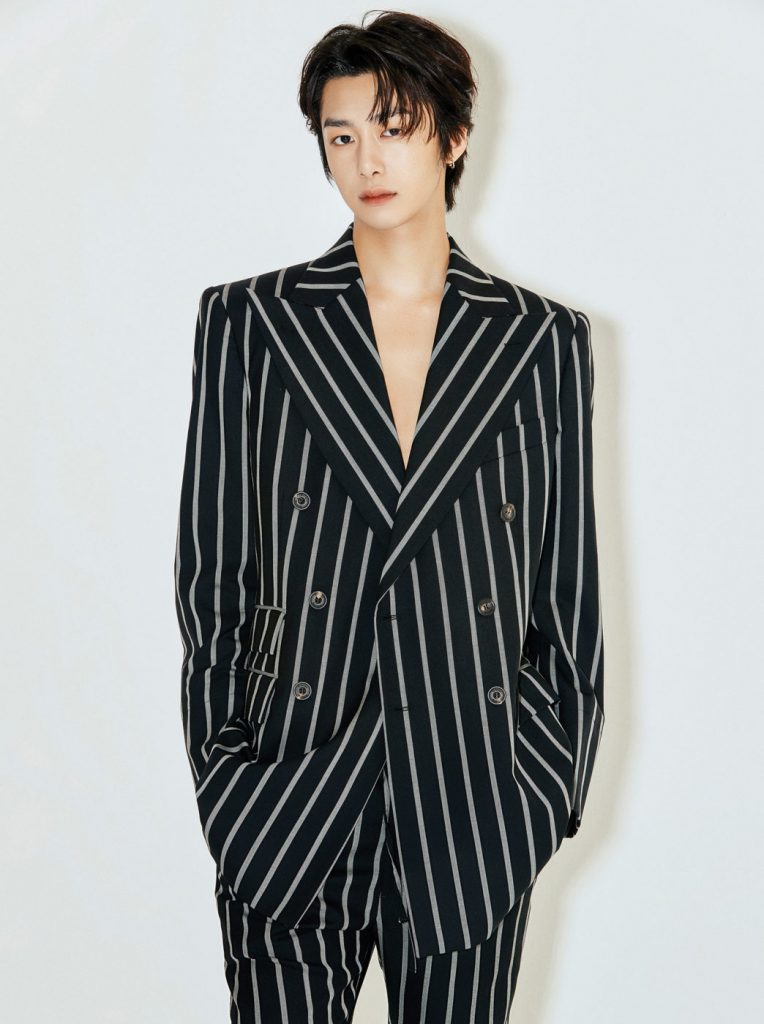 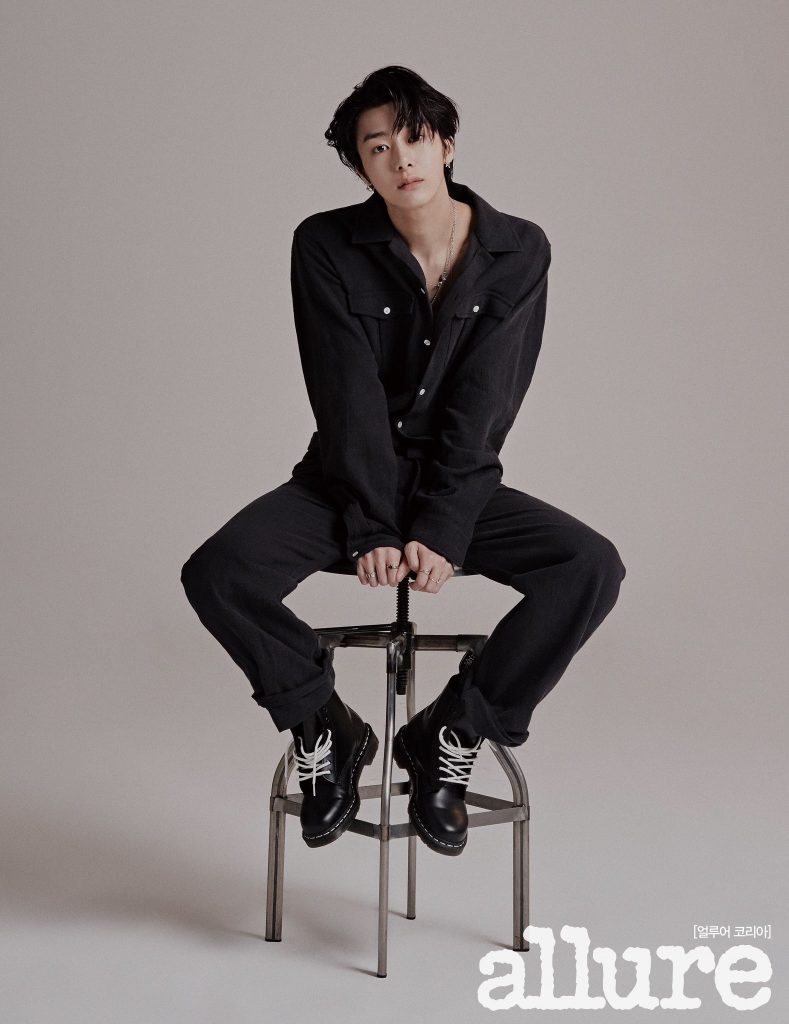 He has also strutted in the runway of Seoul Fashion Week in 2016 and 2017 where he captivated everyone with his dazzling charms and proved that his modelling skills are on the top tier.

In case you forgot, Hyungwon bagged the main role in the KBS web drama Please Find Her where he brought the incredibly savage and witty character Jeon Ik Soo to life.

As his most recent stint, the multi-talented idol is actually the initial reason why Monbebes bawled their eyes out upon watching MONSTA X’s music video for “Find You”, where his Oscar-worthy acting skills tugged on everyone’s hearts.

The ultimate king of reactions

You are definitely lying if you say you do not have a gallery full of reaction photos and memes featuring the one and only Chae Hyungwon ready to use for various purposes. This man had stolen the attention of even non-fans with his amusing reactions, especially proven by his ever-famous Starbucks meme which went viral and even caught the eye of the coffee company itself.

Besides this though, the multi-talented idol has the most savage and funniest reactions to most scenarios – and what makes it the best is that all of it comes naturally to him.

Hands up if you are aware of Hyungwon’s skills in basketball! Given his height, there is no wonder why the singer excels in basketball, and his shooting skills are also something worth applauding him for.

Hyungwon got 1st for basketball too!! 🏀
He got it just after jooheon got 1st for darts!!
wow monsta x legends at being first in all the games today backstage pic.twitter.com/7WRKv4Zfj9

During one of their concerts, Hyungwon also showed his skills in taekwondo, a sport which he learned from back when he was a child.

This boy also stole everyone’s hearts with his attempt to prove that he is an expert at flipping bottles – which everyone saw in this much-watched video of him during their most recent world tour. That adorable reaction at his victory is just an added icing to the cake – because we take his success at his first shot proves that he can do anything his heart desires.

When someone says MONSTA X-RAY, among the first things that come to our mind is Hyungwon taking care of Siwoo, who even earned the cute nickname “koala” because of the way he clung to the MONSTA X member who took great care of him for their daycare episode on the variety show.

never ever forget how hyungwon and his koala bear siwoo are the cutest and softest in the world pic.twitter.com/HJ046pQo64

An inspiration to many

During a showcase, he answered to a fan letter who expressed worry over their dream by saying, “If I, who is lacking, dare to say something, it’s that there’s nothing wrong with not having a dream. To the sender of this story who is still chasing their dream, I think the day when you find your dream will come someday. Fighting!”

He always has tons of inspirational and sincere words to say to Monbebes, which is quite frankly why a lot of them consider him as a rock they can hold on to especially during tough times. The way he cares for his fans and does his best to express his love for them all the time has never failed to make everyone’s hearts soft and full of even more admiration for him.

Whenever you feel sad, frustrated or look down upon yourself, please listen to the words hyungwon said. He is our idol for a reason ❤️ idol who loves and cares for his fans endlessly like they do.@OfficialMonstaX pic.twitter.com/EOArbU2rKF

There are so many things about MONSTA X’s Hyungwon that has kept us impressed over the years – and as time goes by, the list of it just keeps on growing. Not only is he great at singing, dancing, acting, DJ-ing, or other duties as an idol, but he is also someone that anyone can look up to as a person. We hope he continues to be happy in exploring whichever field his heart desires, and that he stays successful in every step of the way.

We need your support! If you have enjoyed our work, consider to support us with a one-time or recurring donation from as low as $5 to keep our site going! Donate securely below via Stripe, Paypal, Apple Pay or Google Wallet.
142
SHARES
FacebookTwitter
SubscribeGoogleWhatsappPinterestDiggRedditStumbleuponVkWeiboPocketTumblrMailMeneameOdnoklassniki
Related ItemsDJ H.Onehyungwonmonsta x
← Previous Story Stray Kids To Release Their First English Album Titled “Step Out of Clé”
Next Story → BTS Finally Reveals What “CONNECT, BTS” Project Is All About