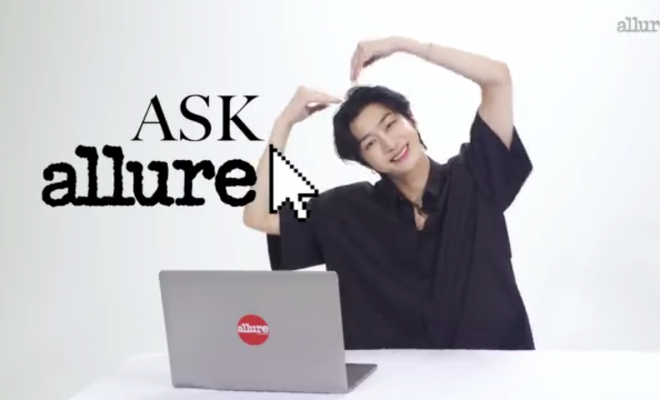 MONSTA X’s Hyungwon answered all of Monbebes’ fun and interesting questions about food in his recent interview!

MONSTA X’s Hyungwon talked about his food preferences and some back stories regarding having meals with his group in a quick interview with Allure Korea! 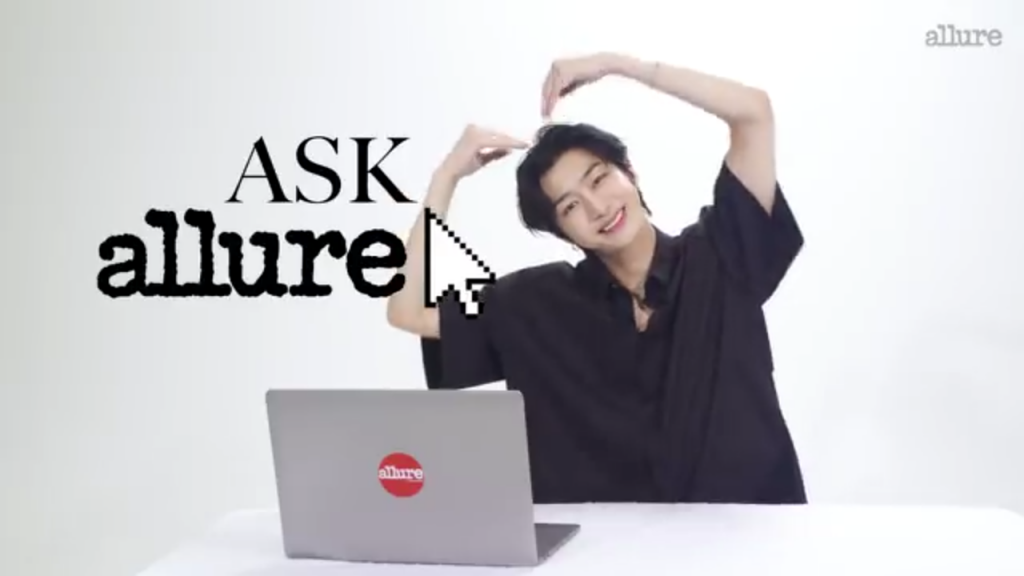 Taking in several queries gathered earlier by the magazine from fans, the MONSTA X singer held a quick question-and-answer portion in a five-minute video centering on the topic of food!

After talking about his overflowing love for shrimp, galbi, and dakbal (chicken feet), the MONSTA X member named the most memorable foreign food he had tasted during their world tour. “Shrimp in Netherlands! It’s usually called gambas in foreign countries. The Dutch gambas really hit the spot, personally!” Hyungwon said. 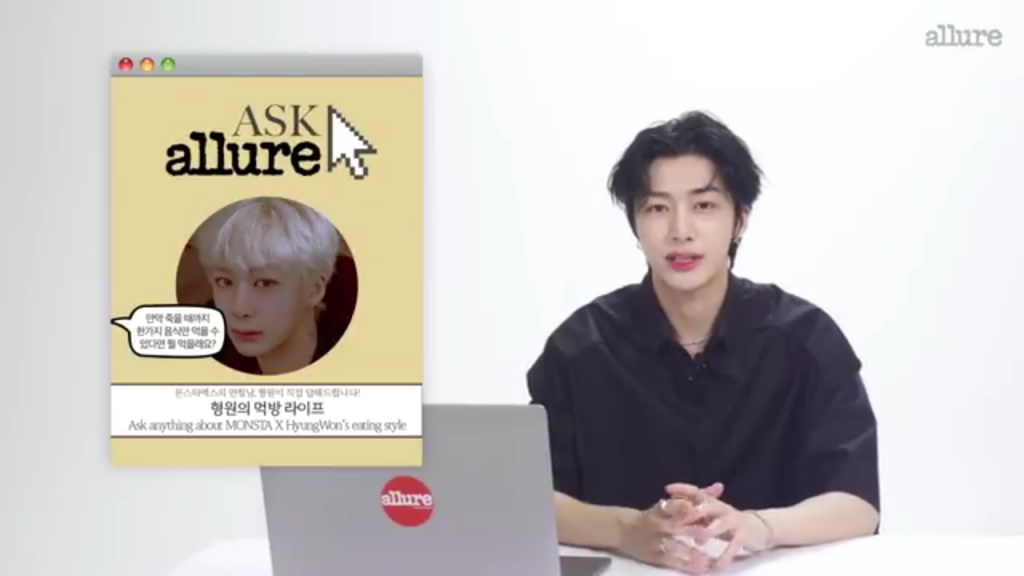 He also mentioned that he is very open to trying out a variety of food. “Except for green food, something like asparagus. Everyone knows that I love steak, and it always comes with asparagus. I usually think, “why does asparagus have to be with steak?” but one day I tried it. I thought having just meat only is not good for my health, and having vegetables together with it would be healthy, so I tried it. Turned out, it wasn’t my thing,” he confessed.

“Also saessak (sprouts) in Saessak bibimbap. That’s challenging for me,” the singer added. 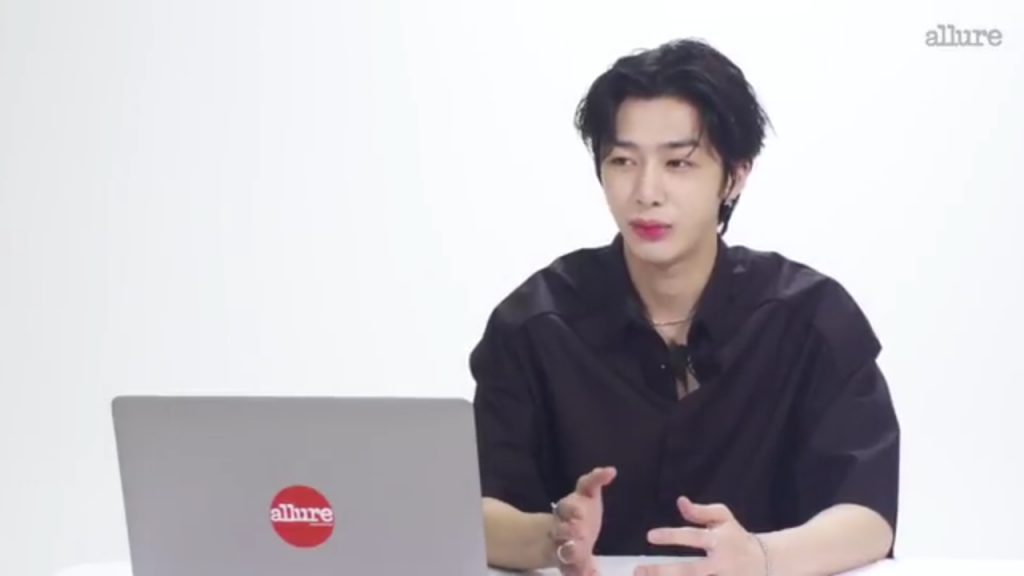 “If you don’t eat a certain food, it doesn’t really make you conscious, but people around me make me feel that way. Of course, they just mean it as a joke. But when I was young, every time I get told, “you don’t eat this?” at first, I felt sad,”

“I like rice noodle soup too but the coriander in it has a very strong scent. Once, I was enjoying eating my rice noodle soup and my friend kept adding in lots of cilantro to his. He then asked me if I’m not going to add in coriander and I said, “I don’t eat coriander, I’ll just have the rice noodles”. After that, he said, “no way! How can you eat rice noodles and not put coriander? What’s wrong with your taste?” That was an episode where I felt so wronged,” Hyungwon narrated.

“The friend I mentioned is our member, Shownu. He loves coriander very much, so he asks for extra at restaurants. I couldn’t forget his face even until today,” he revealed, even imitating Shownu’s reaction afterward. 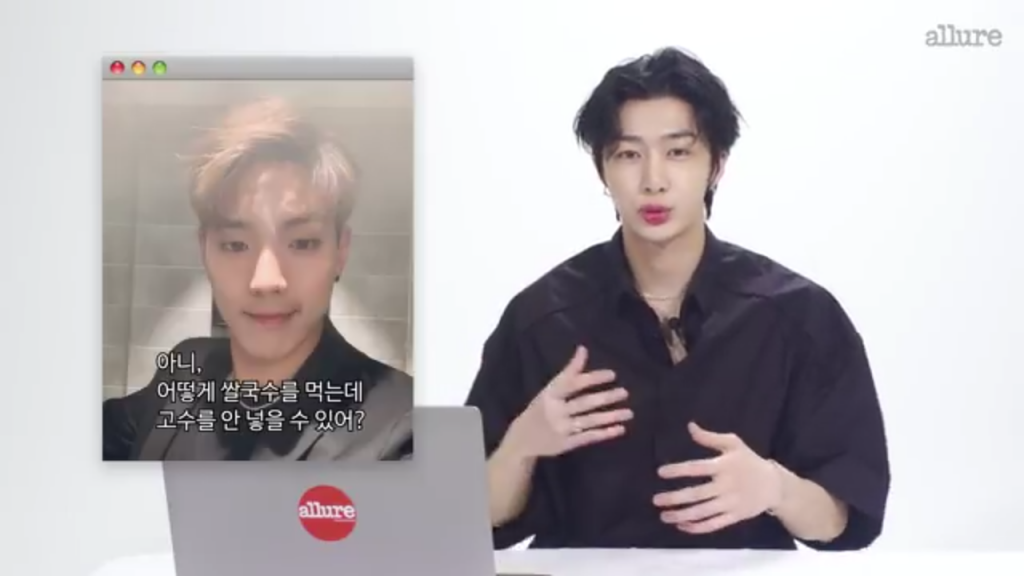 With Shownu already mentioned, Hyungwon also shared which MONSTA X member steals a bite from him most frequently. “Every member does. Basically, they think my food is theirs, too so they don’t even ask for permission. I tell them to just take it so they don’t feel bad. I usually share,” the singer said. However, he also noted that he can take food from other members as well – since it is a fair game after all.

“There was a time when I took Shownu’s food while he was eating and it was delicious. Our members don’t feel bad about me having a bite from their food because they tend to care about me,” he continued.

The singer was then asked which food makes him recall good memories with his members, to which he answered, “Well, that’s difficult… ramyeon? There’s nothing really special about Korean ramyeon. However, when we go on a trip or stay at a Korean rental cottage, our members cook ramyeon and it is unforgettably tasty. Even when there’s cooked meat or whatever at the table, we like ramyeon most, so that’s memorable”.

Hyungwon was also given the task of choosing between sleep and food – which he answered with a quite predictable response for Monbebes. “Sleep. My desire for sleep is the strongest out of all my desires,” he said. 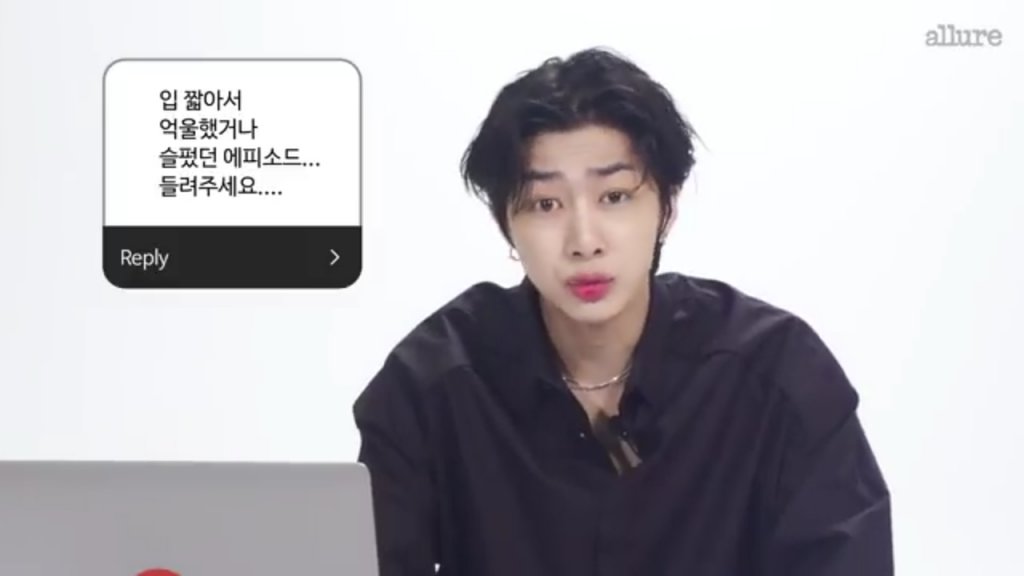 The MONSTA X member also talked about his upcoming collaboration with VIXX’s Hongbin soon. “I am going to release a project song with VIXX’s Hongbin soon. It was the first time that I met him. We are the same age and he is a really nice person, so he approached me first to get comfortable with me and we talked a lot too,” he shared, showing excitement for the release of their song together titled “Cool Love”. Produced by DRESS for the 2019 Pepsi X Starship K-Pop Collaboration Project, the track is set to drop on July 10.

“We got so close, but unfortunately, we didn’t find time to have a meal together. He is so busy, while I am currently in the middle of doing preparations for our world tour. Every time we met, we practiced and went filming, then we go to another schedule. It was always like this, so we were not able to have meals together. However, we promised to do so when we have some free time,” he added.

Finally, he was asked regarding which food reminds him of his project song with VIXX’s Hongbin. “This project song is for summer! We want listeners to feel somewhat cool when playing this song. So, I would say, patbingsu (red-bean sherbet) or cold sparkling water? Those are what came to my mind,” the singer answered.