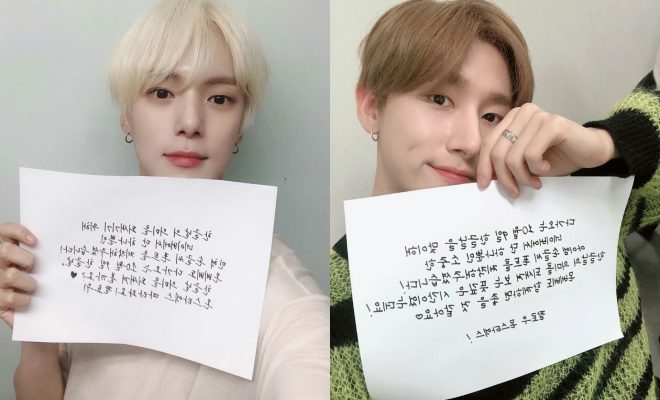 The beauty of MONSTA X’s Minhyuk and I.M’s handwritings are officially immortalized by Naver!

In celebration of Hangeul Day, Naver has turned MONSTA X’s Minhyuk and I.M’s handwritings into their very own special fonts! 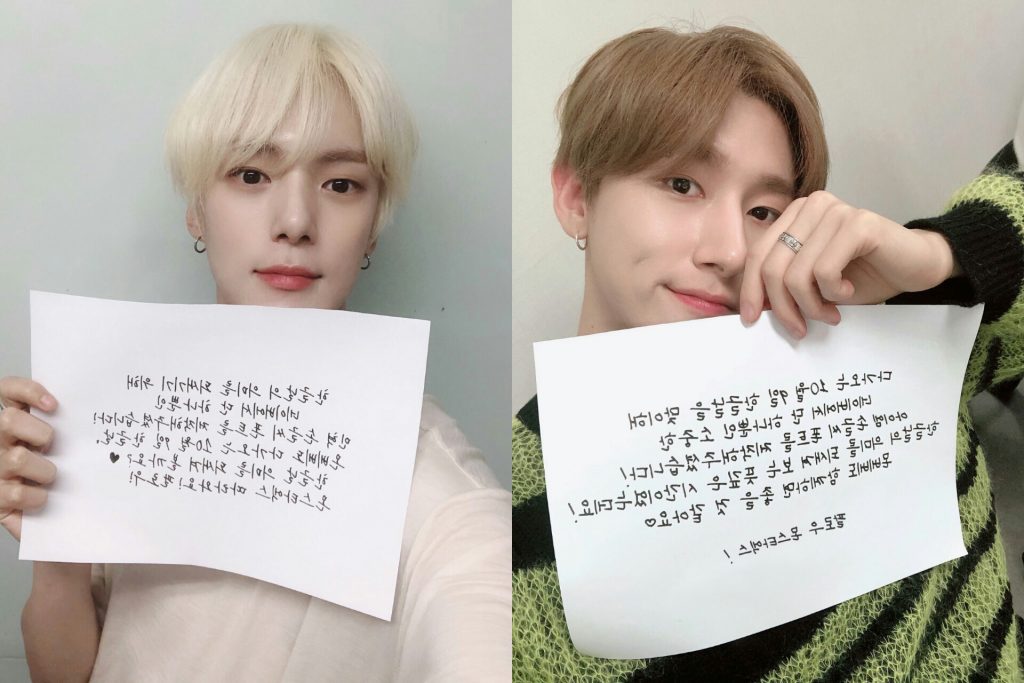 A beautiful treat for Monbebes has been revealed by MONSTA X and Naver on October 9 – just in time for Hangeul Day! Commemorating the special event and celebration which holds a deep meaning for Korean culture, Naver unveiled special fonts modelled after the handwriting of MONSTA X members Minhyuk and I.M as part of their “Beautiful Hangeul” campaign.

The two MONSTA X members personally introduced the fonts by posting a photo of their messages printed on paper using it.

“In celebration of the meaning of Hangeul Day, we turned the one and only Minhyuk’s handwriting into font on Naver! Monbebe, would you also reflect on the meaning behind Hangeul Day this October 9? Follow MONSTA X! Follow!” Minhyuk shared.

“In celebration of Hangeul Day on October 9, Naver produced the one and only I.M’s handwriting font! It was a meaningful time to reflect on the meaning of Hangeul Day. It would be nice if Monbebe would do this together with us too. Follow MONSTA X!” I.M wrote as well.

Currently, MONSTA X is gearing up for their massive comeback this October 28 with their newest mini-album Follow: Find You. Composed of eight tracks, Follow: Find You is filled with songs that members Wonho, Joohoney, and I.M personally worked on – from writing the lyrics to composing and arranging its music.

Prior to the mini-album’s full release, the first track “Find You” will also be revealed with a music video on October 22, which fans are already highly anticipating for.