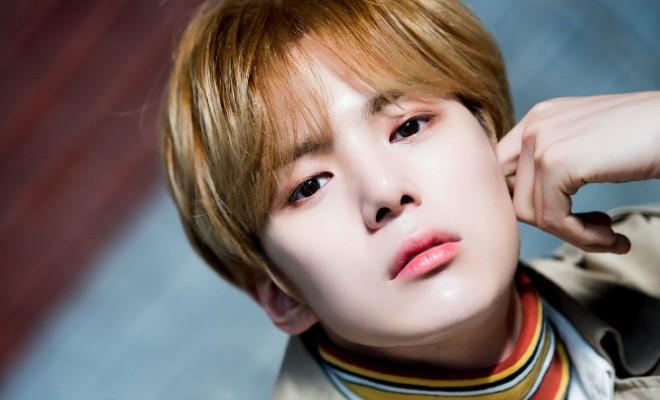 MONSTA X’s Minhyuk takes us to wherever our hearts feel happy with his vocals that we want to hear before going to sleep.

MONSTA X’s Minhyuk is more than just your average visual member who looks like a charming prince straight from a romance comic book. He is also MONSTA X’s mood maker and persuasive speaker which Kihyun always approves.

He is a natural talker who always wins in debates and discussions within the group and with MONBEBE, as well. His words also bring comfort as he wishes everyone to enjoy their lives and be happy. Indeed, he’s the sweetest human being who prioritizes MONBEBE’s safety and wellness especially during the hardest time in their career.

But, aside from the aforementioned, what makes MONBEBE fond of Minhyuk is his voice that definitely will make your father approve as a son-in-law.

Celebrating the birthday of MONSTA X and MONBEBE’s sunshine, here are 7 out of the many times he captivated hearts with his sweet like honey vocals.

Get ready, because it’s either you squeal in admiration or cover your mouth in awe as we get through his mellifluous and beautiful husky voice.

In this calm rendition of WeAreYoung’s “That’s Alright”, Minhyuk’s soft and sweet voice synchronizes perfectly with the serene piano sound. His voice fits very well with the song and he made it even more relaxing and calming to listen to. Adding to the sentimental vibe of the video is its black and white visuals, naturally bringing out emotions that were exemplarily conveyed by Minhyuk’s gentle voice.

Everyone who will listen to this cover for the first time might not need to read the subtitles anymore as Minhyuk puts the emotion straight to your heart.

Minhyuk is indeed admiringly good at expressing the subtleties in his voice especially in this cover of Baek Yerin’s “See You Again.”

His clean and relaxing vocals really suit this soft and emotional kind of music.

3. Che’Nelle’s Baby I Love You

Minhyuk had sung this song countless times already yet there’s no difference as his voice sounds soothing every single moment.

Notably, his English pronunciation was very smooth. And even though he became shy in the middle of his singing, he still managed to make cherry blossom petals fall from its branches.

there’s a little impact when minhyuk sings by my side 🥺 pic.twitter.com/NF5WFtqjN2

It has been two years already yet Minhyuk’s melodious voice at the start of the song gives a tingling feeling every time. His gentle tone gives off a lot of emotions that the song, itself, wants to convey to listeners. And with Minhyuk, he really did a great job in expressing that deep and longing feeling.

Since it's been raining for few days this week in several places, let's bring back minhyuk's cover of on rainy days pic.twitter.com/KAUcgfy45I

This might have been a sudden request, yet Minhyuk still delivered the song’s emotion with no hesitation.

B2ST’s “On Rainy Days” is a song that recalls a broken relationship on a sentimental rainy day. The lyrics are filled with regret yet reminding us that the past may start to haunt us when it rains but we have to let it go once the rain stops pouring. With Minhyuk soulfully singing a glimpse of the song, we can’t help but wish that he’d sing a full cover of it one day.

Another MONSTA X song that showcased the members’ vocal prowess, especially Minhyuk’s, is “U R” which was produced and written by I.M, himself.

Far from the group’s aggressive and energetic image, this live performance truly uplifted his versatile vocals. His voice sounded so creamy, well-baked, and powerful all at the same time.

No doubt, this song fits perfectly with Minhyuk’s warm, soothing, and appealing voice. This OST might even pass as a song that will lull us to sleep, but we can’t help but foolishly form a smile as we appreciate how stable and beautiful Shownu and Minhyuk’s voices are.

Being an amazing vocalist is not only defined by whether you can hit the roof with your high notes. The very definition of a good vocalist is when you can perfectly and effortlessly convey a song’s emotion to your audience.

And there’s no wonder that Minhyuk can express a song’s deep sentiment, making him special among the rest.

Minhyuk is a very devoted and interesting person that leaves lots of space for improvement. He never disappoints and it’s admirable how he strives hard to be a better artist.

From being an Inkigayo host to having his own Naver NOW show, as well as partnering with Super Junior’s Eunhyuk at “Back to the Idol”, and also singing an OST with Shownu; it feels nice seeing Minhyuk do various things that can showcase his overflowing talent. And above most, he always makes MONBEBE proud of whatever he does.

Happiest birthday to MONBEBE’s best friend and sunshine, Minhyuk, who not only brings smiles and laughter with his bright personality but also shines warm light with his comforting words and sweet vocals!

May the whale takes you whenever your heart finds unending happiness.

FacebookTwitter
SubscribeGoogleWhatsappPinterestDiggRedditStumbleuponVkWeiboPocketTumblrMailMeneameOdnoklassniki
Related Items#HBDtoMINHYUK#몬베베_짱친_민혁이생일MONSTA X Fatal Lovemonsta x minhyuk
← Previous Story K-Drama Premiere: “Penthouse” Launches With A Wicked View On The War Of Life
Next Story → #Happy_REN_Day: The Many Moments NU’EST’s Ren Shocked Us With His Angelic And Flexible Vocals