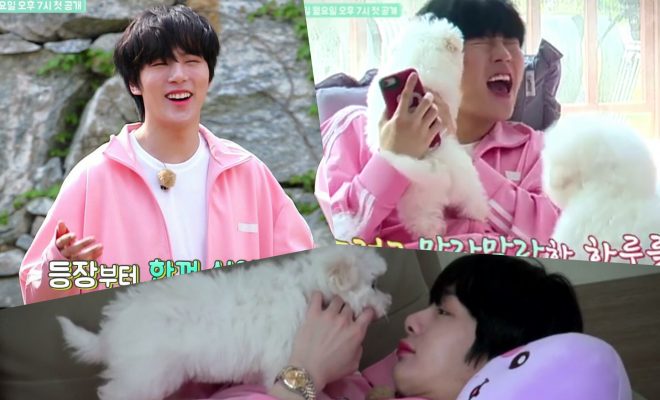 A collaboration between MONSTA X and puppies is indeed happening – just as they wished!

The seven members of MONSTA X showed off their cute chemistry with puppies in the newest teaser video for their upcoming web show MONSTA X’s Puppy Days! 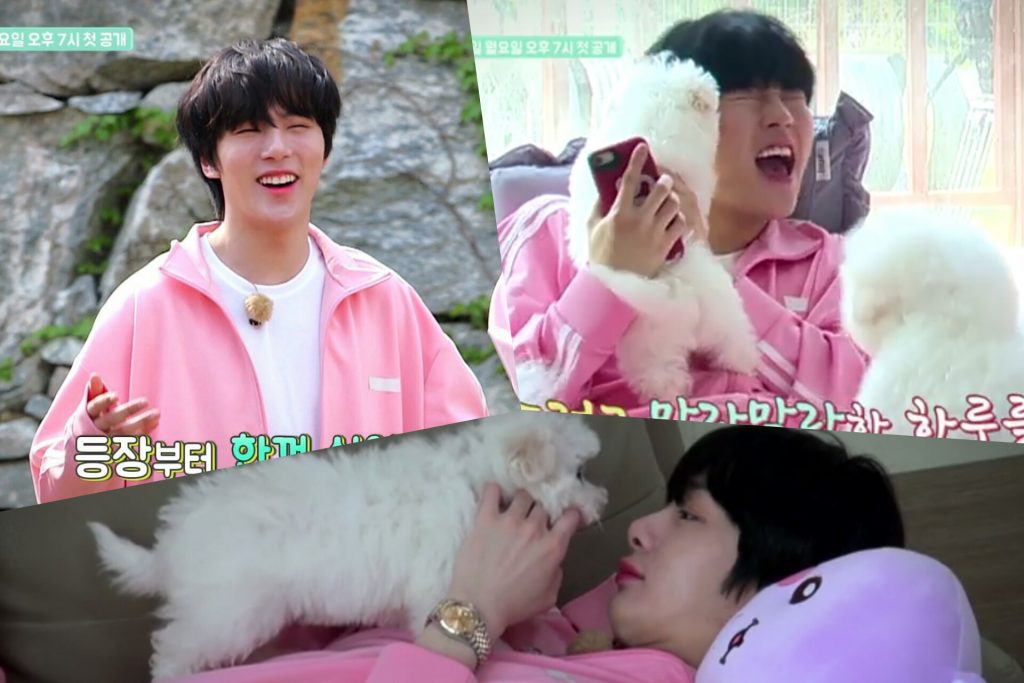 The boy group excitedly basked in the sunlight and greeted Mother Nature as they prepare to spend a fun day in the countryside. In addition to the refreshing and relaxing sight, they were happily welcomed by a number of adorable Bichon Frise pups – who immediately won the seven boys’ hearts.

“It felt like pretty music was playing,” I.M said, describing how his heart fluttered upon seeing the puppies.

“They’re like baby angels from heaven,” Hyungwon also shared, capturing exactly how each MONSTA X member felt as they fell in love with the puppies with every gaze. 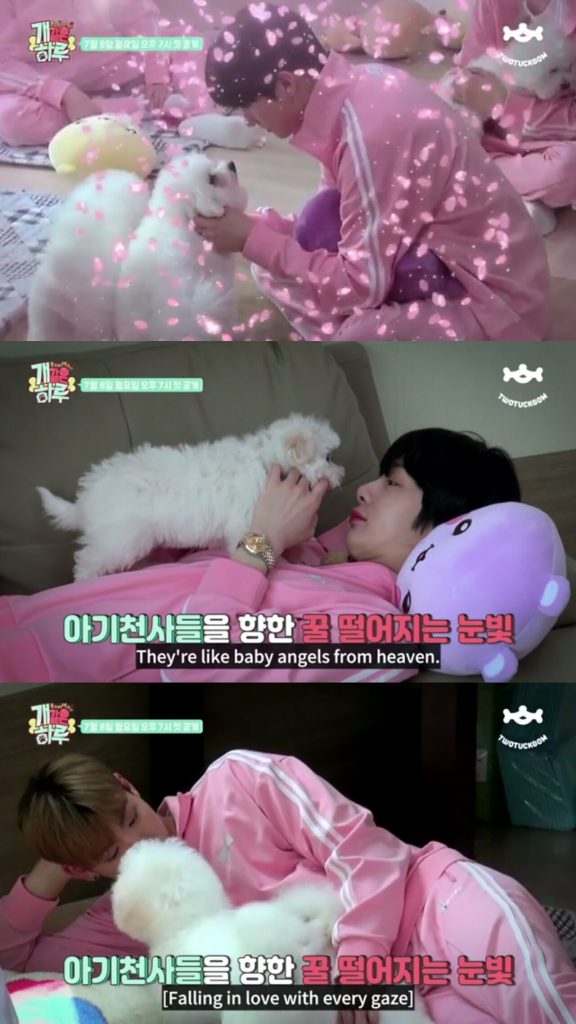 However, their newest variety show assignment isn’t all fluff and sunshine – especially as they realized that taking care of puppies is tougher than they thought. Not only did they have to deal with the puppies having to take a potty, but they also had to follow a to-do list in order to make sure that the puppies are well-attended to.

The tasks in the list include feeding them three times a day, which sometimes brought chaos as seen in the teaser. The boys also need to give the puppies moderate exercise, which involved playing outdoors despite the intense heat. In the end, MONSTA X members can’t even match with their new furry friends’ high energy. 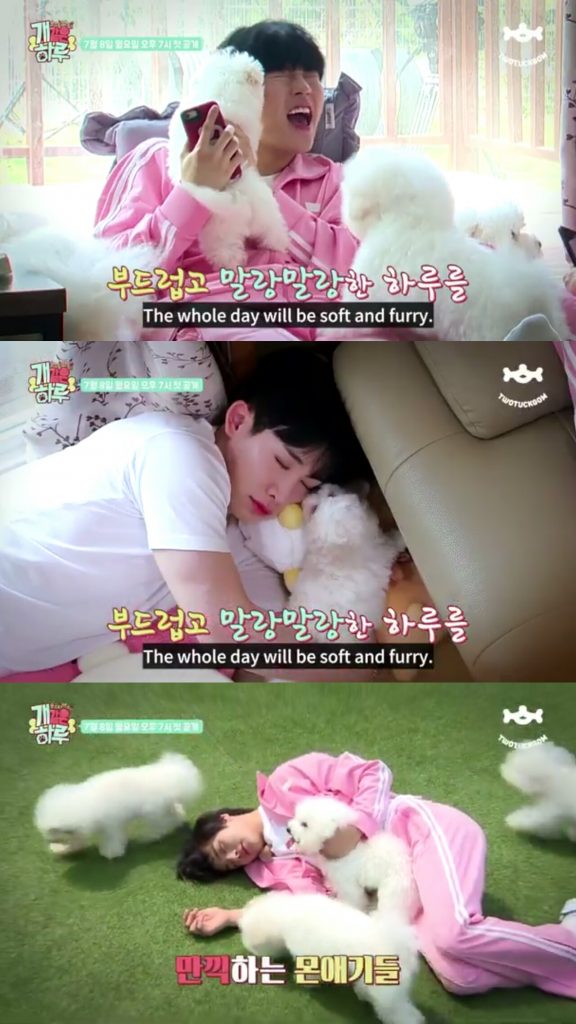 After playing outside, the boys are then tasked to give the puppies a bath, making sure to keep them clean and dry. Moreover, the seemingly easy task of spending nap time with the puppies even managed to put the group into the test as well. They stay hyper-active and run around even when the boys are sleeping.

The teaser video also gave a sneak peek at the very interesting and fun-filled puppy sports event. Each member had to team up with a puppy, and they sweetly tried to win the puppies’ hearts with their own various charms. 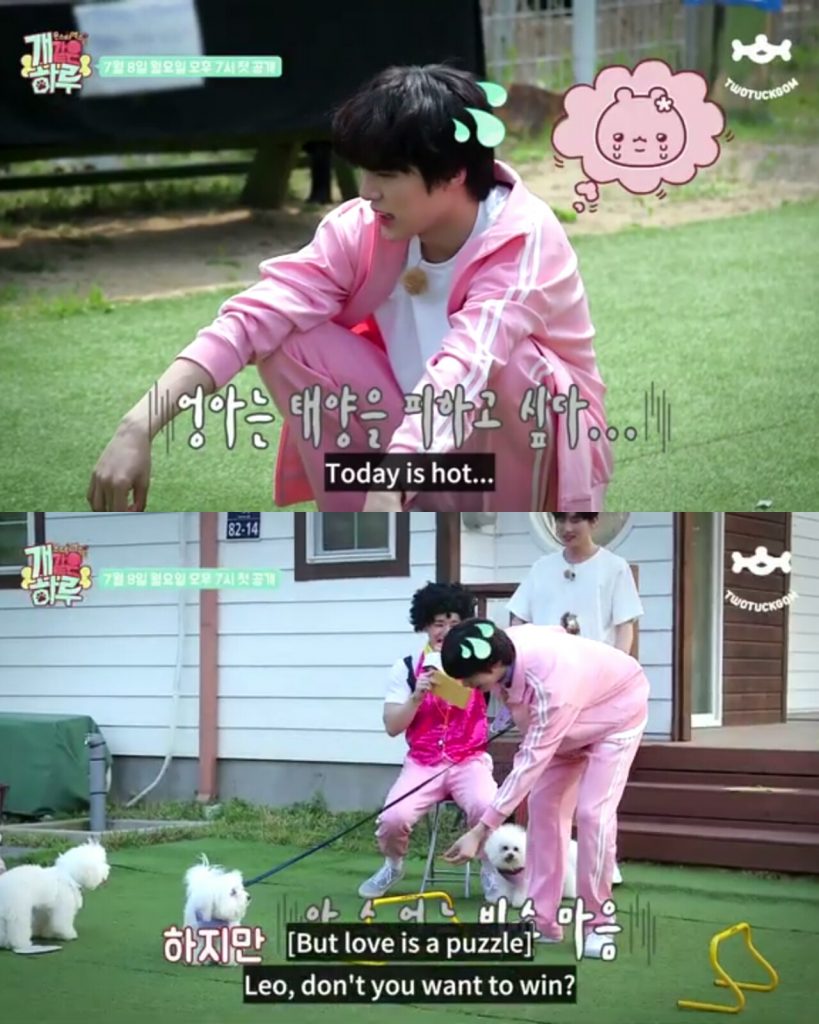 Filled with frustration and cuteness, the group’s upcoming web show will highlight the crazy chemistry between MONSTA X and their new puppy friends.

MONSTA X’s Puppy Days will begin airing on July 8 at 7 PM KST, and new episodes will be up every Monday and Tuesday.

The show, which will be made available on TWOTUCKGOM’s YouTube channel, is made possible by the group’s recent collaboration with N.C. SOFT. From the partnership, the boys get their very own character brand named TWOTUCKGOM.