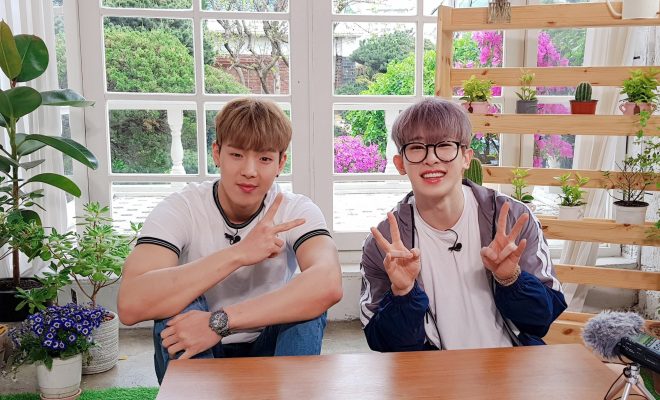 MONSTA X’s Shownu and Wonho proved that there’s no such thing as “too much food” – especially when their competitive sides are powered up!

MONSTA X’s Shownu and Wonho took up the challenge of finishing a “ten-course” meal in the new episode of M2’s eating show Ohm Nyom Nyom Nyom! 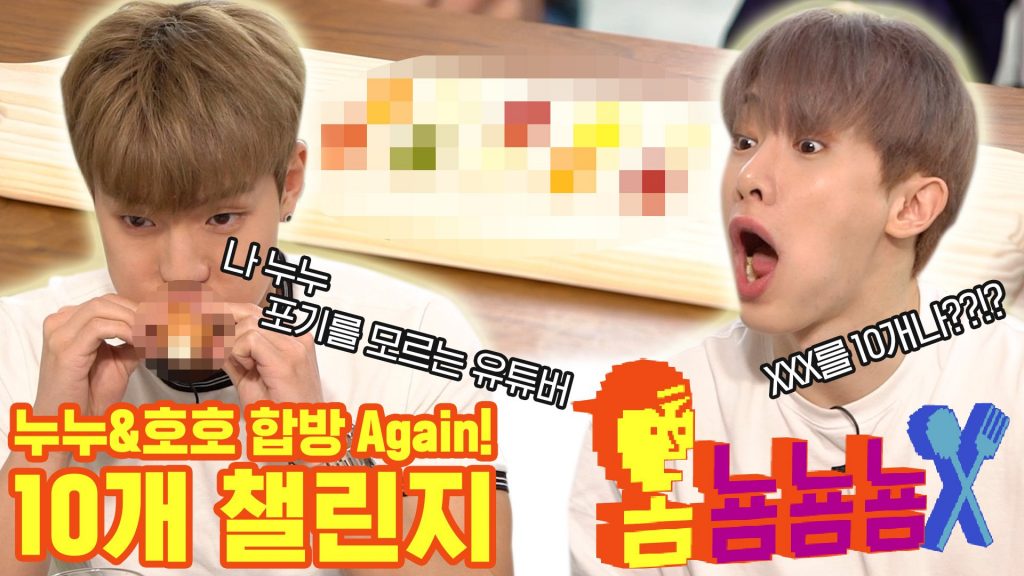 The eating show, which stars MONSTA X’s leader and king of mukbangs Shownu, tested the capacity of the idol’s appetite in its most recent episode by preparing an extensive menu for him to finish.

Of course, Ohm Nyom Nyom Nyom showed some mercy to the singer by bringing in his groupmate and fellow food lover Wonho to help him carry out such a filling test.

With a set of Korean beef as the prize on the line, the two transformed into their newfound eating variety show alter-egos “Nu Nu” and “Ho Ho”. They effectively made everyone laugh as they gave off unique chemistry as a team trying to finish a horde of food.

Starting with jelly, their plates were filled with newly-prepared food for each round. Included in what they had to finish up were servings of garlic bread, soup, dry bread and star candy, yogurt, half-boiled eggs, sushi, chicken skewers, roast beef, and strawberries.

(All photos courtesy of Starship Entertainment)

Asked about their first impression of the challenge, the two expressed how they actually found the idea fresh.

“When we started the eating show, we tried to act like we were eating hot soup in cold places. We also tried to eat the dry bread and star candy in less than a minute,” they also said, sharing some of their tricks to finish the very loaded challenge.

READ: MONSTA X Reveals Which Image And Type Of Song They Would Like To Try Next As A Group

As promised, Shownu and Wonho received twelve rounds of Korean beef after gobbling all the food down and emerging victorious. “We already feel rich in protein by just seeing it,” they said upon landing their sights on their hard-earned prize.