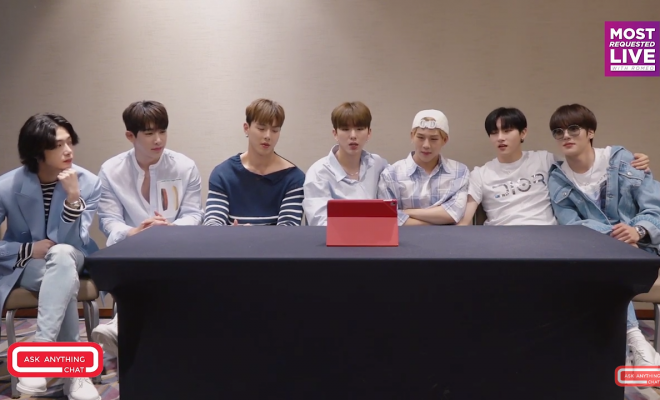 Screengrabs from Ask Anything Chat

MONSTA X Discusses Which Song They Would Recommend To Aliens, English Phrases Learned During Tour, And More

MONSTA X got answers, Monbebes got questions – and some of them truly cracked us up!

From alien song recommendations to the words they learned during touring, MONSTA X answered all questions sent in by fans for their latest interview with Most Requested Live. 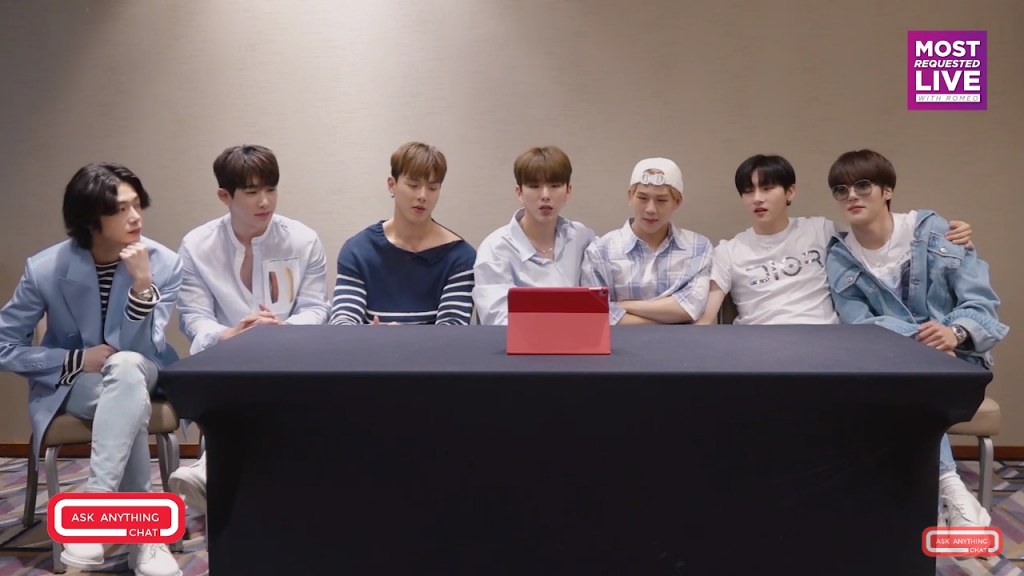 The boy group recently sat down for the radio show’s Ask Anything Chat segment to respond to fan questions, and in usual MONSTA X fashion, it gave Monbebes tons of hilarious and adorable moments to gush about.

When asked about any foreign TV shows that they had been watching and loving recently, Wonho quickly answered, “I love Adventure Time“, along with We Bare Bears.

Besides these two hit cartoon shows that truly fit his bright personality, he also recommended Stranger Things, which had Kihyun commenting about his groupmate’s ability to keep up with the trends. 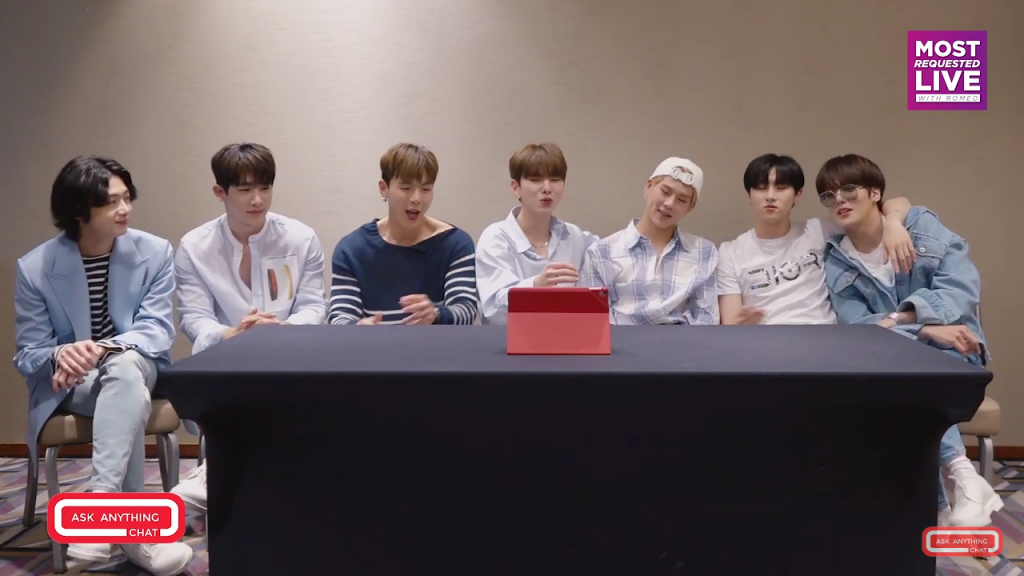 “If aliens came to Earth, which MONSTA X song would you tell them to listen to first?” was the next question that they received.

Joohoney immediately answered with “Ghost”, citing that it sounds like alien language.

After retracting his first answer “Destroyer”, Wonho sang a line from “Deja Vu” which had everyone expressing their agreement to.

READ: MONSTA X Reveals The Truth In A Quirky Game With Pop Buzz

The group was also asked what they wanted to become in their next life. Wonho’s swift answer of “my mom’s daughter” in English had the remaining six cracking up, as he later noted that he meant “son”.

He laughingly explained his mistake by saying, “I was watching Stranger Things yesterday and it was about a daughter which made me spill out the wrong word.” However, he did note that his mom “really wishes to have a daughter” though.

Meanwhile, Minhyuk said “I don’t want a next life”, adding that it’s because he is already very happy with his life right now. 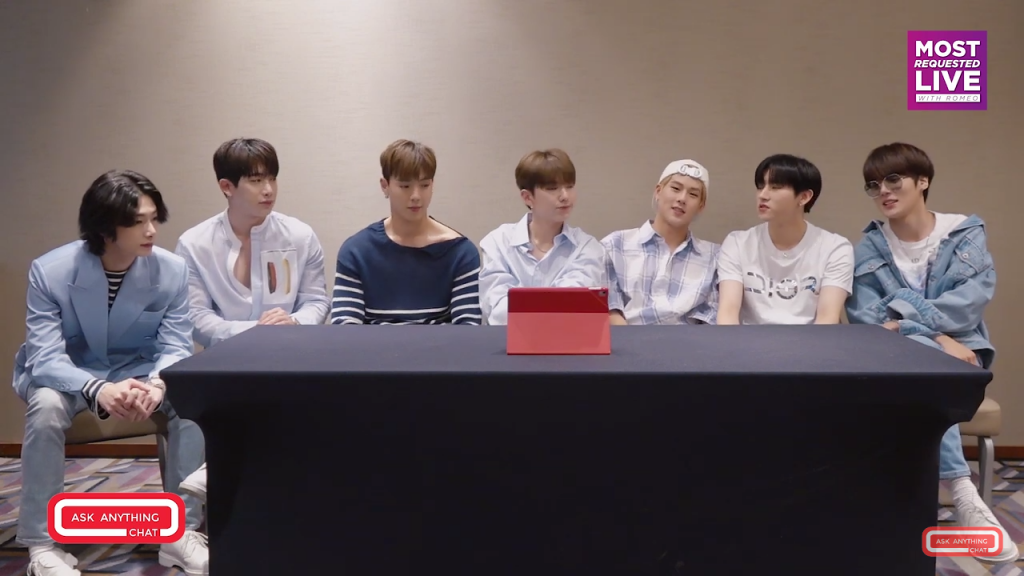 Speaking of happiness, MONSTA X responded to the query “what makes you the happiest at the beginning of the day?”

Joohoney answered that in his case, it is putting on makeup. “Thinking about the snacks I will have after schedule,” Wonho then quipped in true Wonho fashion.

“Are you thinking about that in the beginning of the day?” Kihyun asked him, and he said yes which got a “wow” from Kihyun. On the other hand, I.M also cutely answered that for him, it is “looking at the mirror”.

Speaking of appearances, a fan requested for Kihyun to show his glorious forehead that resulted to the beginning of a discussion of his best hairstyle. “I like the hairstyle Kihyun used to have in ‘Shine Forever’,” Wonho shared.

“I want to do flip hair style too, it it depends on my facial condition,” Kihyun replied. 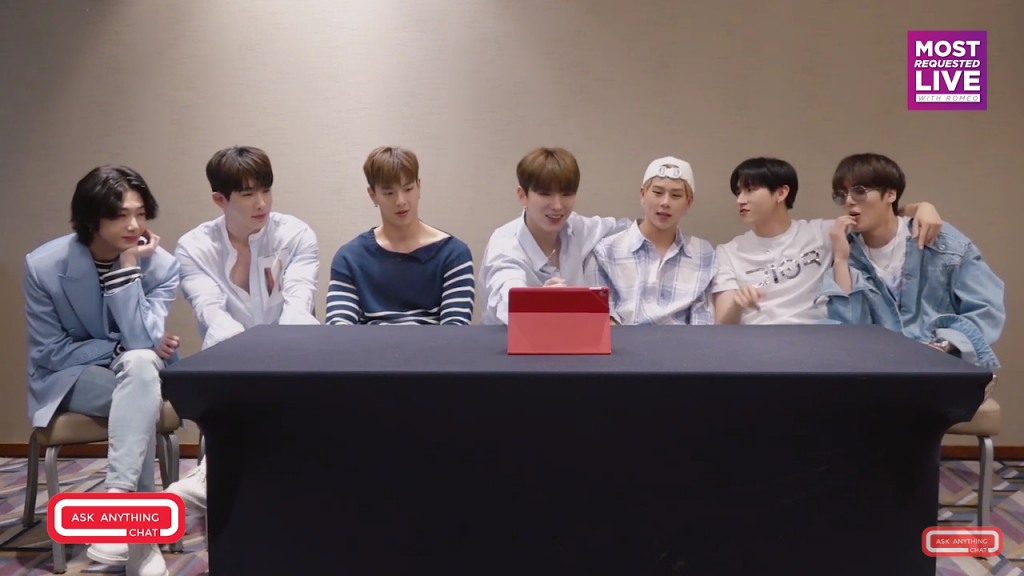 In relation to one of the earlier questions, the boys also replied with the happiest moments in their lives.

“Right here, right now,” I.M said, while Minhyuk mentioned the time of their debut stage. Almost everyone also agreed to “now” being their happiest moment.

MONSTA X also brought delight to fans by sampling lines from their songs. I.M first responded to a fan requesting to hear him sing a bit of his latest mixtape title track “Horizon” – by giving a quick listen to his beautiful and soothing singing voice.

The boys also answered the question “Who do you love?”, by singing back “Monbebe! ‘Cause I can’t take the pressure anymore” all together from their latest English single.

In relation to that, the boys talked about whether if “Who Do U Love?” already has a choreography. “Not yet, but we will try to make one for you!” they answered.

And sticking to their promise, Monbebes were able to see the seven dance to the song during their latest show in Dallas for the WE ARE HERE World Tour.

“What is the best thing Monbebe can do to show their love and support?” was the question they gave really sweet answers to next.

“You are doing it right now,” I.M said, followed by Wonho who relayed to fans that “Your presence makes us happy” – “already more than enough”, as supported by I.M.

Up next, the boys talked about the most fun and difficult part about being on a world tour.

Wonho noted that it has been “generally fun, but if I had to pick one, it would be when one of our members get sick.”

“It’s pretty difficult to stand on stage when one of us is sick,” he added, to which everyone agreed to.

“For me, the last tour in Mexico was tough,” Joohoney noted, while Minhyuk shared that although he is okay now, he was struggling back in Europe because of his sore feet.

“So, the most important thing is being healthy,” Joohoney concluded. Afterwards, they also talked about staying in touch with Steve Aoki – with I.M even calling the DJ “Uncle Steve”. 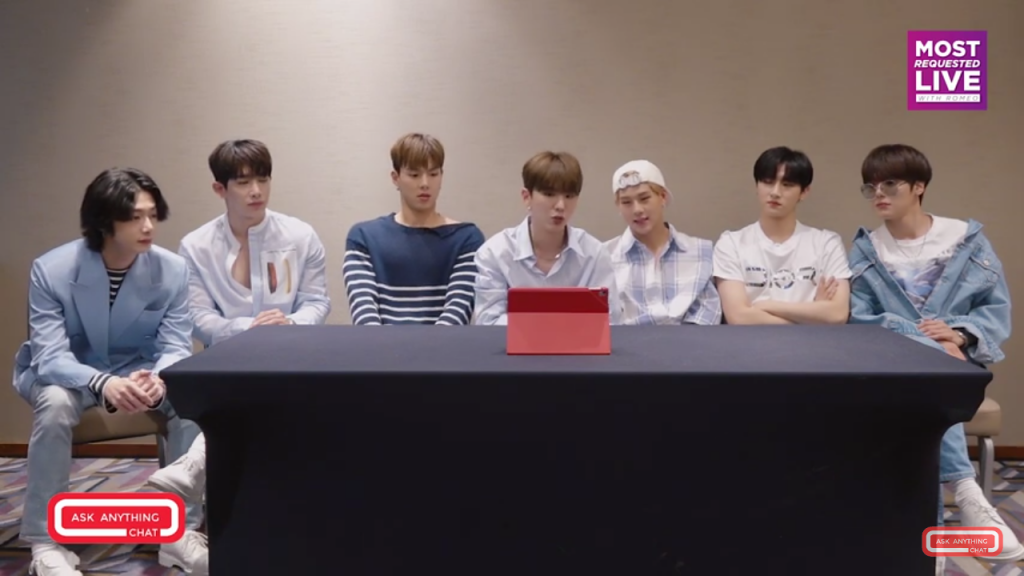 Samgyupsal and “Piece Of Cake”

Like the food lovers that they are, the boys also said they would recommend samgyupsal to foreigners who want to try out Korean food.

“Sambap!” I.M added, excitedly talking about the combination of samgyupsal and rice. This earned the approval of Joohoney, who added that it is best with river snail. “And with bean paste sauce!” the maknae quipped again.

As for new English phrases that they learned during tour, Wonho confidently answered “Piece of cake”. Kihyun gave him a high-five like a proud mother after saying that it was a phrase he taught to his groupmate. 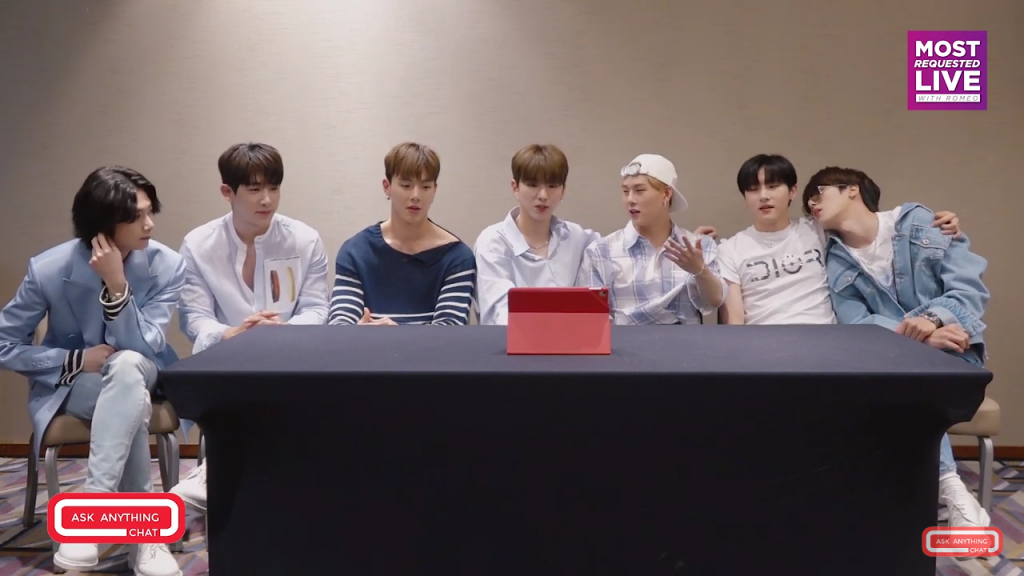 Shownu made Monbebes coo with his confused look, followed by asking “piece of cake?” literally in Korean. Kihyun then explained to him that it is an expression meant to imply something being too easy.

The group’s main vocalist also added in the phrase “easy peasy squeezy” very enthusiastically, which wrapped up the fun interview.

Screengrabs from Ask Anything Chat