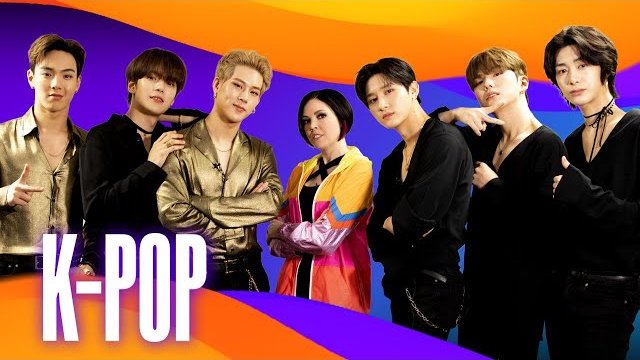 Photo from The Verge

MONSTA X And Steve Aoki On What Makes K-Pop Different And Much More Impactful: “K-Pop Is More Than Just Music”

MONSTA X and Steve Aoki shared their very own insights on what makes many modern music listeners hooked into K-Pop – no matter where they come from.

In an interview with The Verge, MONSTA X and Steve Aoki both laid down their thoughts on what sets K-Pop apart from the rest of the music scene, along with how its domination signals a new musical revolution.

The modern day has seen the rise of K-Pop breaking through various barriers set by location, culture, and even language – an astounding feat which the industry is more than proud of. Its success may seem like a wonder to many who don’t particularly understand the world of K-Pop – but those who do can see what makes K-Pop so distinct – and in a way, fresh and captivating.

K-Pop isn’t “easy to get tired of” – because it always offers a complete package. Never do fans witness half-baked releases, and no matter what aspect of talent they look for, they would find something that would catch their interest. May it be vocals, rap, dance, the artists’ visuals, music video aesthetics, lyrics which actually mean something worthwhile – K-Pop always makes sure to offer a variety of flavors in one go.

These aspects of K-Pop were among the things that MONSTA X and Steve Aoki delved into for their interview. Taking the music industry by storm with their amazing collaboration track “Play It Cool”, both artists offered their own insights on the factors that are making K-Pop hit it big globally.

“They’re the Olympian athletes of the pop world,” Aoki confidently claimed. “They’re trained athletes at what they do. Whether it’s in media training, to their dancing, to their singing. Koreans have mastered that, so everyone else has to catch up, or at least take note and learn,” he further expounded.

Among K-Pop’s strongest points is stringing along wonderful choreography with their songs – a trademark that shows how multi-talented idols who aspire to be a part of the industry must be.

“As I’m working on the drop, I want to imagine these guys dancing to the song,” Aoki also shared about his collaboration with MONSTA X. “Because 50 percent of the song is the visual part of it,” he added, mentioning another factor which MONSTA X’s maknae I.M explored.

Talking about music videos, the rapper noted that it also helps in making their songs easier for “the audience to understand” and further establish a connection with a broader set of viewers.

“K-Pop is more than just music because we always prepare choreography with the stage song. That’s why we are preparing music video[s] every single time,” he said.

K-Pop music videos also draw fans in thanks to its richness in terms of content. Each music video contains concepts, showing how well-thought-of and prepared-for their comebacks are. Moreover, groups like MONSTA X offer depth in their music videos, tackling themes like “time travel, societal reform, and seven deadly sins” among others, which catch attention thanks to another dimension of interest that it brings.

Through modern technology, fans get to expand their horizon more while having better control in terms of finding music and artists – which the industry greatly benefited from. Among these is the video streaming platform YouTube which has emerged as some kind of a global superpower in this generation.

“It’s a very big platform,” Minhyuk said. “And, K-Pop isn’t just the music. It’s really easy to get inside of that channel and watch whatever you want,” I.M added in agreement. “You can see some video what is related with that video, too. So I think it’s really important to us,” he noted as well.

“Everything is available – there’s no limit,” Kihyun also mentioned about the power of the modern age’s online platforms. As a personal witness of being “surrounded by non-Koreans singing Korean”, Steve Aoki dotes on the “new revolution” that K-Pop is bringing to the world.

“I love that a nondominant language is becoming a force. I’m glad I’m part of this day and age where I can be part of that process and help push that out there to the world. Because the world’s much bigger than just English,” he happily said.

As for the future of what K-Pop and they themselves as a group will probably have in store, I.M simply (but very powerfully) notes: “We hope the world gets ready for us.”

Hellokpop, as an independent Korean entertainment news website (without influence from any agency or corporation), we need your support! If you have enjoyed our work, consider to support us with a one-time or recurring donation from as low as US$5 to keep our site going! Donate securely below via Stripe, Paypal, Apple Pay or Google Wallet.
FacebookTwitter
SubscribeGoogleWhatsappPinterestDiggRedditStumbleuponVkWeiboPocketTumblrMailMeneameOdnoklassniki
Related Itemsmonsta xSteve Aoki
← Previous Story Kang Daniel Achieves Gaon Chart Double Platinum Certification For “Color On Me”
Next Story → Baek Yerin Announces Departure From JYP Entertainment After 12 Years