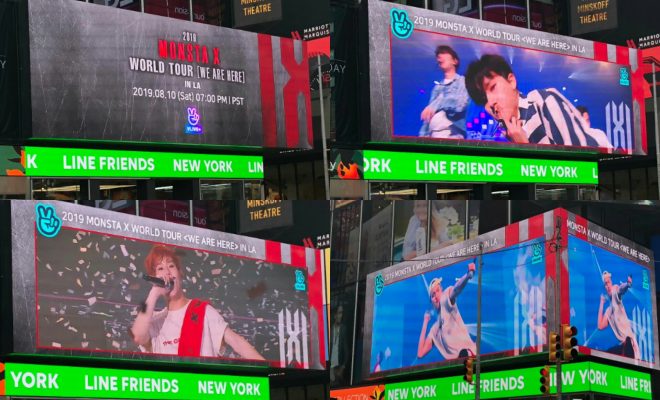 Have you seen the awesome clips of MONSTA X around Times Square in New York? 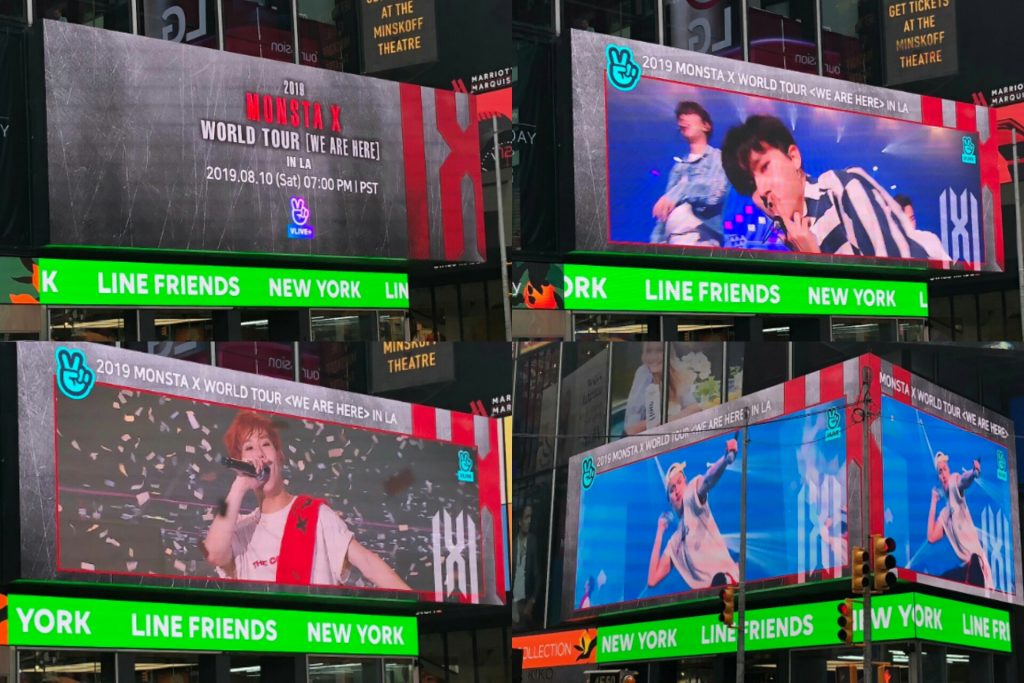 The boy group has been lighting up the busy streets of The Big Apple as they showed off the fun MONSTA X concert experience on the huge screen greeting the American crowd over at the Line Friends New York Times Square Store!

Combining footages from their ongoing WE ARE HERE World Tour, the billboards easily catch attention with the sneak peeks of the septet’s amazing performances along with their charismatic stage presence.

According to Naver V Live, the billboards will be on display from August 1 to 10. Monbebes who already got the chance to spot the display shared their excitement and delight on social media.

A MONSTA X ‘WE ARE HERE’ TOUR AD ON A BILLBOARD IN NEW YORK!!! OMG pic.twitter.com/ol6LsIyD9S

Fans outside of New York also got to see a glimpse of the display in action through a short clip shared by the group on their SNS account as well.

These are all in line with their upcoming show in Los Angeles at the Staples Center, which is set to be a huge concert that many Monbebes already anticipate.

With the huge excitement surrounding the show, Starship Entertainment and Naver V Live will be offering a livestream through video-on-demand service.

The broadcast will begin at 7 PM PST on August 10 on time with the Los Angeles show’s start, which falls on August 11 at 11 AM in Korean standard time.

Details on how to buy the livestream service via V Live+ has been shared by Naver V Live earlier on July 26. Check them out below:

The third world tour of MONSTA X touring all over the world. Join the concert scene which will heat up Los Angeles.