MONSTA X will showcase their cute charms once again with another “bear”-y adorable pair-up!

Seems like MONSTA X and bears will never get away from each other. They are set to release the character brand through a collaboration with N.C. SOFT called TWOTUCKGOM – which means bears with two chins!

Created to represent the unique charms of each member, fans were given a preview of the seven adorable bears on the TWOTUCKGOM official YouTube channel. These characters will be featured on several collaboration goods and merchandise. Additionally, fans can actually meet the characters at the Spoon’s flagship store located in Garosu-gil, Sinsa-dong, at the first basement floor of the “Zone”.

Named “The Jewelry Series”, the collaboration goodies will also start opening pre-orders through its online store on June 26. Thereafter, the group will also launch promos like fan signing events and V LIVE broadcast.

Moreover, a new web show titled MONSTA X’s Dog Days will also be released on the same YouTube channel in line with the collaboration. Its first episode will air on July 8. Featuring English subtitles for easy watching, International fans will be in for a treat! 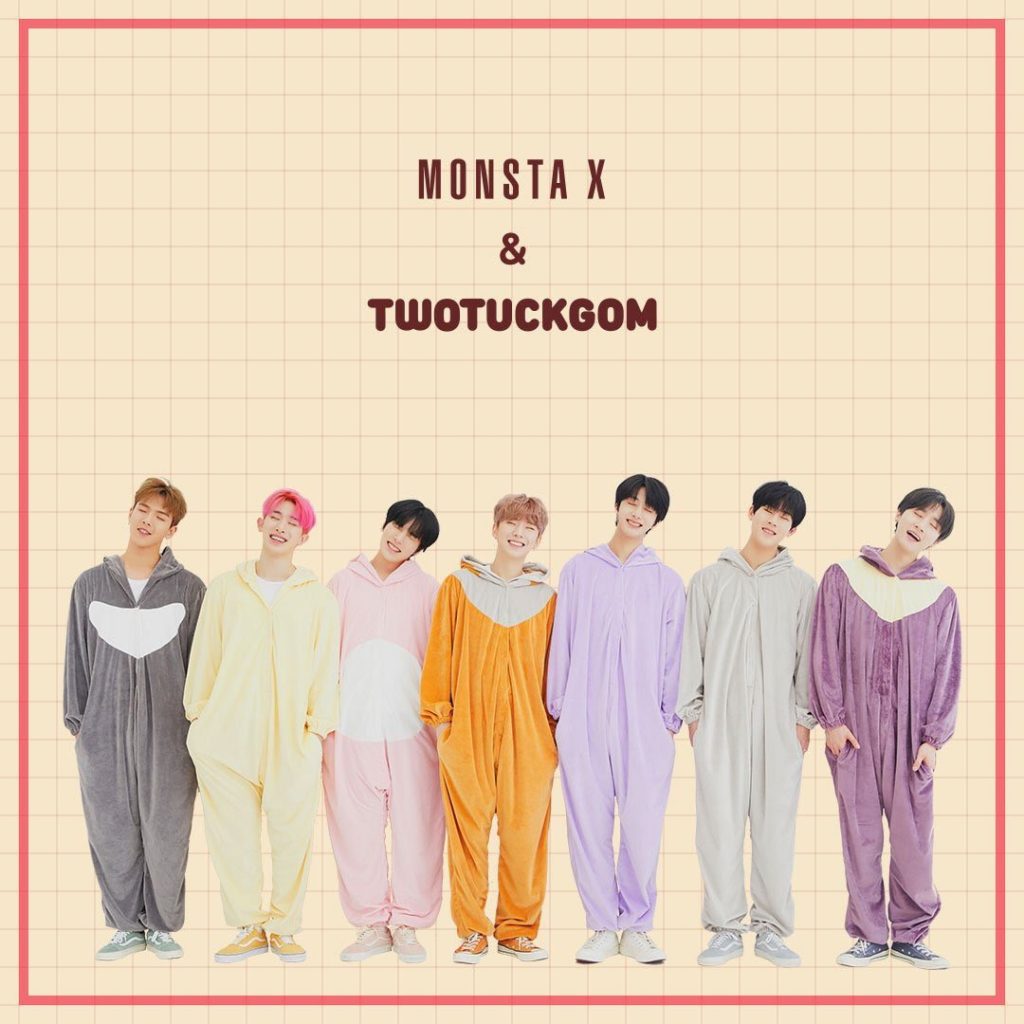 “It’s fun and we are happy to be able to present a special collaboration with TWOTUCKGOM which reflects the characteristics of the members of MONSTA X. We’re looking forward to show our unique charms with the TWOTUCKGOM characters, so we’re very excited for it,” the boy group said. “Please show your love and interest to the seven bears and look forward to MONSTA X’s web show and various activities,” they added.

Excited to meet the seven adorable bears of TWOTUCKGOM? Check out their character descriptions – and how they match with each MONSTA X member! 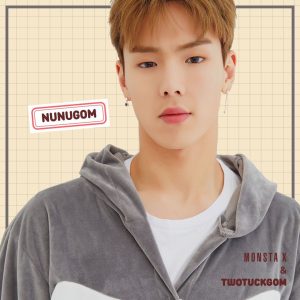 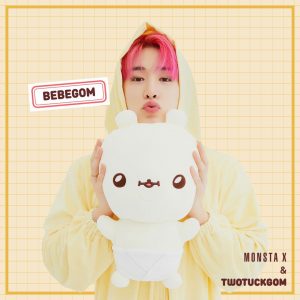 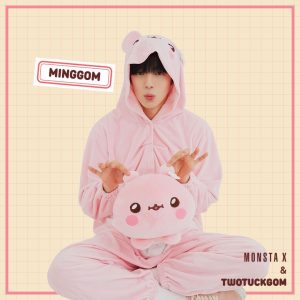 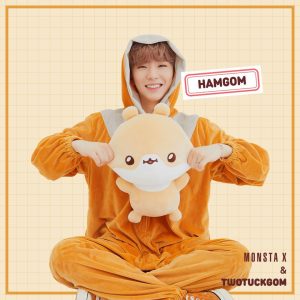 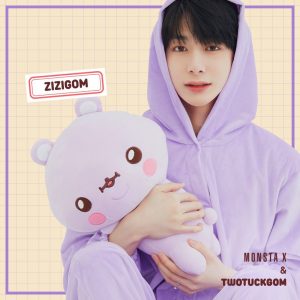 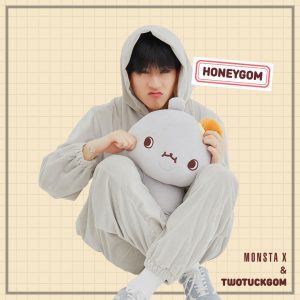 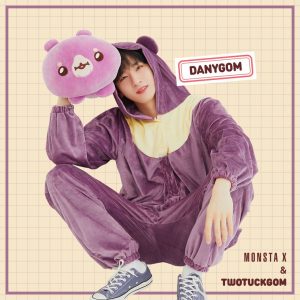 The active, simple, and quiet Nunugom who enjoys having an intense day with dancing and singing represents MONSTA X’s papa bear and leader Shownu – of course! Described as a character that is a very big eater, it is  also quite mature. With this, he also takes good care of other bears well, especially Bebegom!

According to Bebegom’s character description, it is too worrisome to leave the bear which represents the group’s fake maknae Wonho all by himself because he loses things easily. Though he is not actually a baby, he seems to be like that because he loses his way easily. He eats just as good as Nunugom though!

The shiny Minggom always sparkles in the morning to search for good scents to like – just like MONSTA X’s vocalist and eternal sunshine Minhyuk! Besides his interest in good scents and beauty care, Minggom takes drawing as a hobby. A warning though – never give him a cucumber!

Hamster-cheeked Kihyun is perfectly matched with his character Hamgom who takes pride in his tidy house – which he is always busy cleaning up! Being the first one to wake up, he is also in charge of jolting his other friends awake. His hobby is cooking – in fact, he is the best at getting the amount of water right for making ramyeon! Surprisingly, Hamgom also has an ambitious style.

“Can you hear me? Zizigom? Are you sleeping? Are you sleeping again? Is this for real? Zizigom? Really?” is how the character for the group’s resident sleepyhead Hyungwon is described. It also r how he is sleepy because he played games all night – and the cycle will surely repeat for the next day! However, a way to wake him up is to give him snacks and sikhye – so take note!

Sweet like rapper Joohoney, Honeygom is a scaredy-cat and is always alert with his surroundings. When he is alone, Honeygom’s instinct is to hum – and he always carries a honey jar around. Every time he is hungry, he scoops and eats the honey, which is why one of his hands became yellow! Take care of Honeygom’s feelings though – because he has a lot of tears!

Watch the introduction video for the collaboration too below: