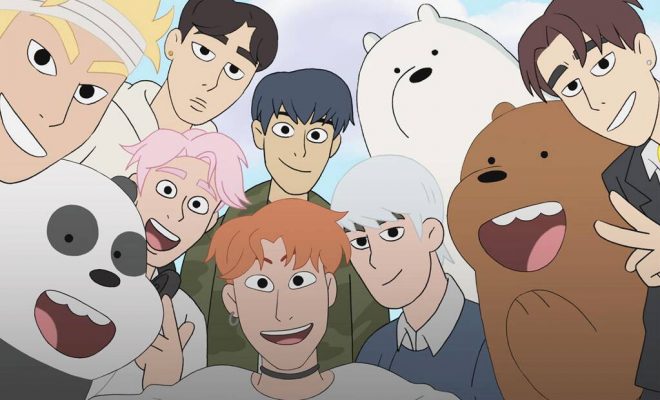 By Yann | May 29, 2019
25
SHARES
FacebookTwitter
SubscribeGoogleWhatsappPinterestDiggRedditStumbleuponVkWeiboPocketTumblrMailMeneameOdnoklassniki

The adorable episode of We Bare Bears featuring MONSTA X has finally gone on air!

Monbebes, the much-anticipated episode of We Bare Bears which stars MONSTA X as special guests was finally released for broadcast last May 27 (U.S. time)! Marking the first time ever for a K-Pop group to grace the show, it was definitely a sweet treat to fans from the over two hundred countries that We Bare Bears airs in all around the world. 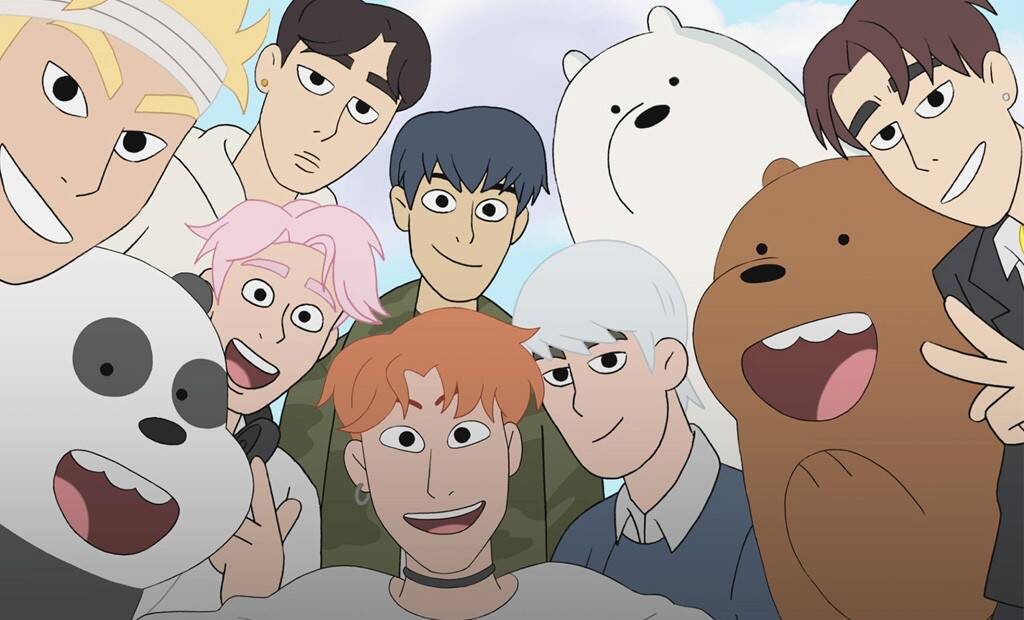 Titled “Panda’s Birthday”, we chose some of the most adorable and most relatable moments from We Bare Bears’ episode featuring MONSTA X. Check out our picks below:

Panda’s Introduction of the Group

Monbebes can totally relate to Panda’s introduction of the group to Grizzly and Ice Bear, especially when he started briefly talking about each and every one of the seven members. Minhyuk looking like a puppy? Agreed. Kihyun being a “clean freak”? That’s a known Monbebe fact. Jooheon as the “hip hop king”? A big yes to that!

Their animated selves’ version of “Hero”

It was super cute seeing the group walk in with an animated short performance of their song “Hero”. It was even cuter watching them get hyped up in the elevator while hearing the same track play and immediately start dancing together like an instant reaction! We knew we were getting something great when Panda opened the show by streaming “Hero” and jamming along to it! 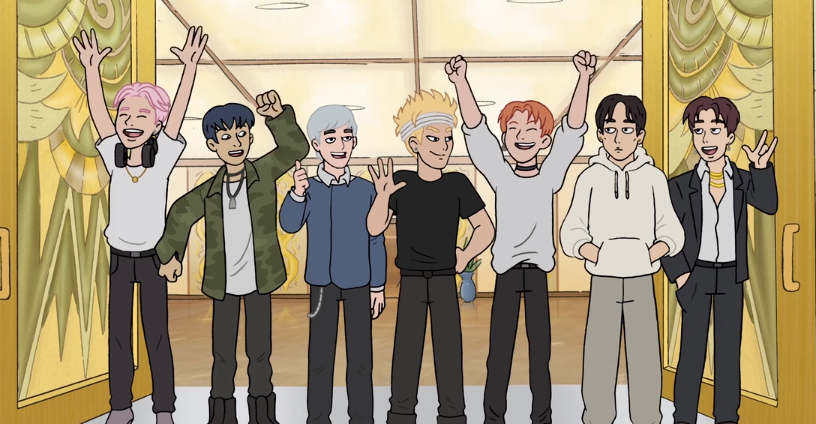 The small yet important and touching details

The We Bare Bears team definitely deserves a huge shoutout for including even the smallest details about the group. During the scene with fans waiting outside MONSTA X’s hotel room, the cartoon showed Monbebes proudly holding up the group’s official lightstick. Their logo was also featured in a lot of scenes, and “Dramarama” playing in the background when the group walked in totally made us lose it. 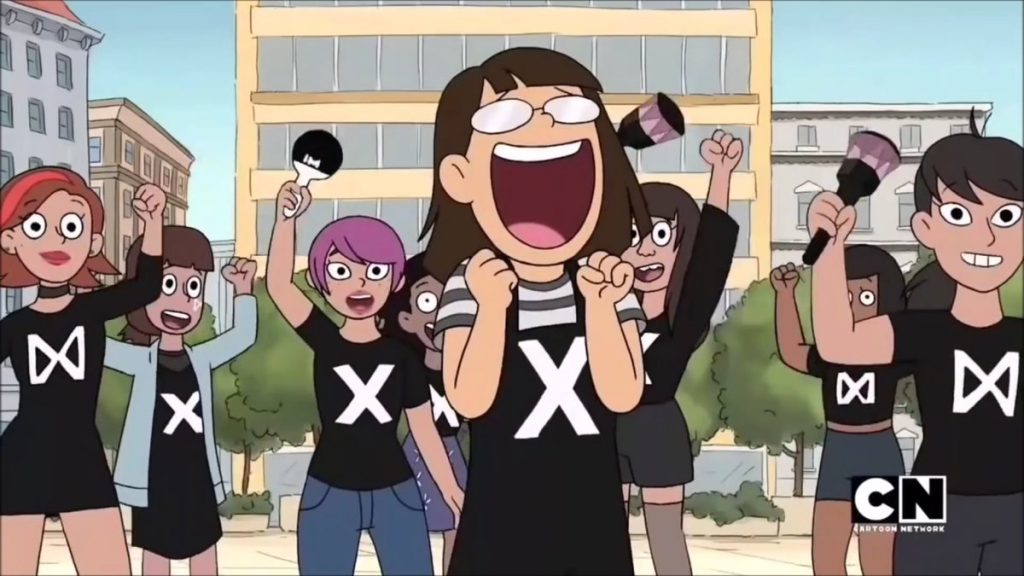 Watching the group get on a trolley to escape from fans chasing them at their hotel was definitely one of the most fun and action-packed parts of the episode. However, we also liked how the episode actually showed the “crazy fan” mentality. By seeing how ridiculous and threatening the situation can be to the group and how nice and loving the group still is towards everyone, we hope their (and any other artists’) privacy would be respected in their future activities. 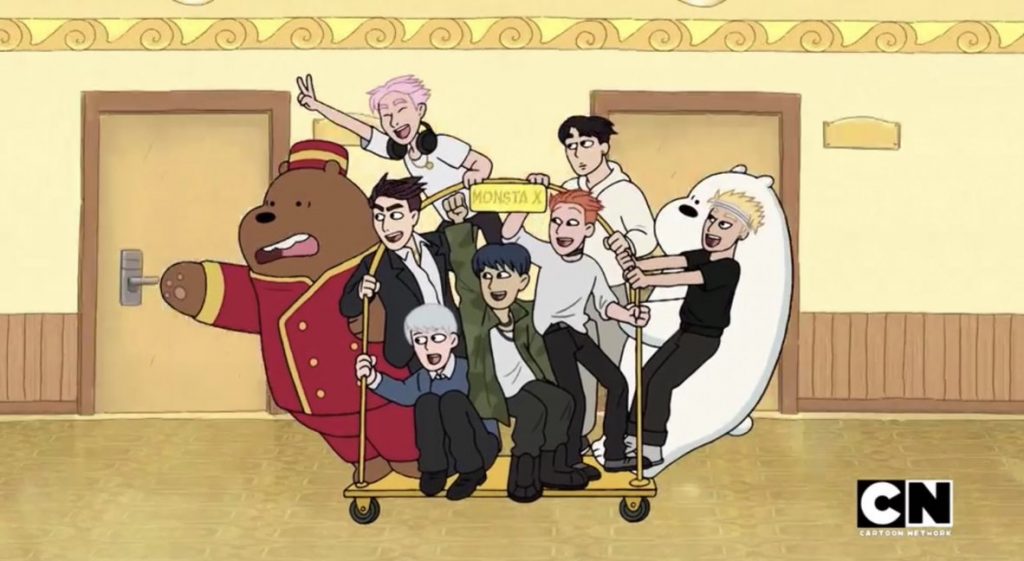 It hit us close to home when our favourite Monbe-bear expressed how stricken he is to have MONSTA X in town for their last show in the country on the same day as his birthday – but he is unable to meet them because tickets have already been sold out! Moreover, we also empathized with him when he was upset upon finding out that his favourite group had already left after all his efforts to meet them. Good thing Shownu, Wonho, Minhyuk, Kihyun, Hyungwon, Jooheon, and I.M popped out of the bushes immediately – or we would have cried with Panda!

Another thing fans can extremely identify with was the moment Panda – one of the world’s most avid Monbebes – finally met the group he ultimately stans! Although not all fans (like us) have encountered the group in person – and up close, too, we’re sure we would have all reacted just the same as the adorable character!

Not only would we, as total Monbebes, be completely fazed like Panda, but we would also find it extremely hard to play it cool. 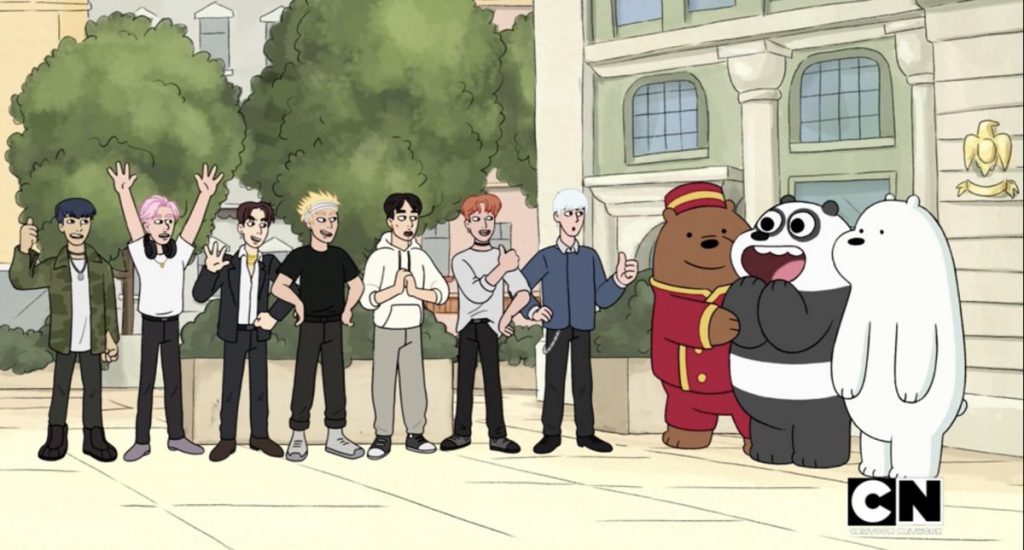 The sweet episode ended with an adorable special music video featuring one of the group’s best and legendary tracks “Beautiful” – and of course it starred the members of MONSTA X’s animated versions and all three adorable bears! 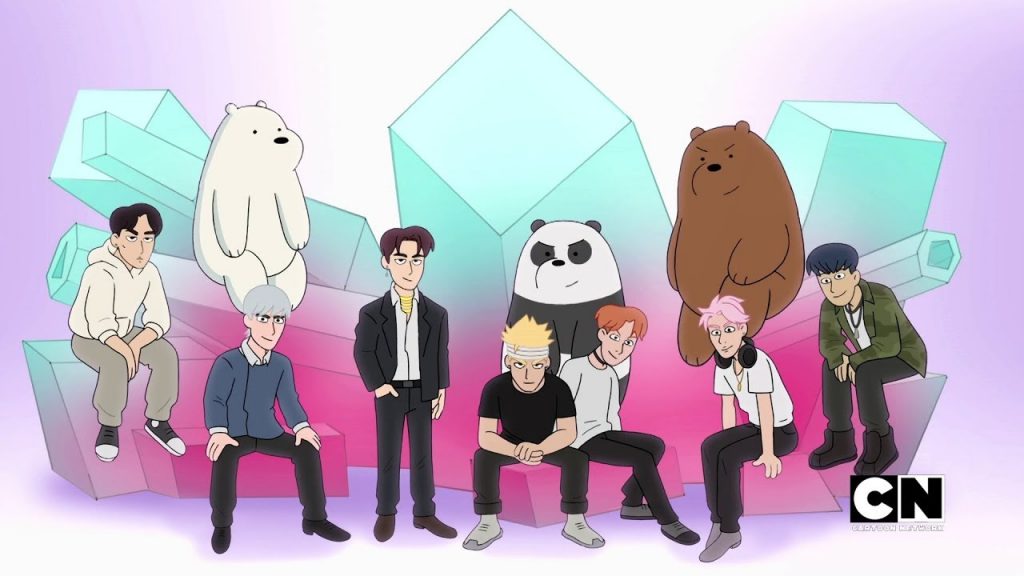