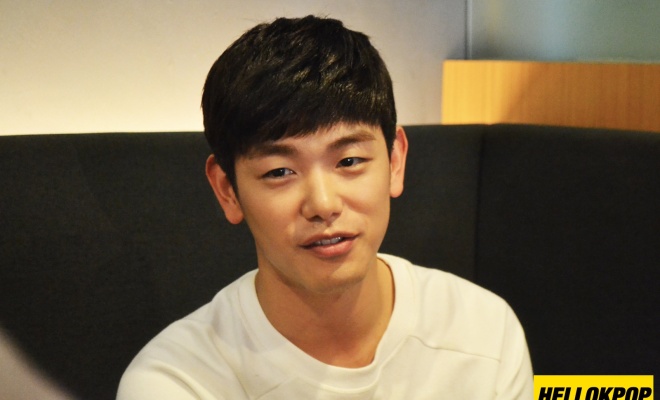 Music, Travel and Charity – An Interview With Eric Nam

Eric Nam made his first ever visit to Malaysian shores for his F.Y.I’s On Stage with Eric Nam showcase, and hellokpop was able to sit down and have an interview with him at Ministry of Coffee in Solaris Mont Kiara prior to his showcase! 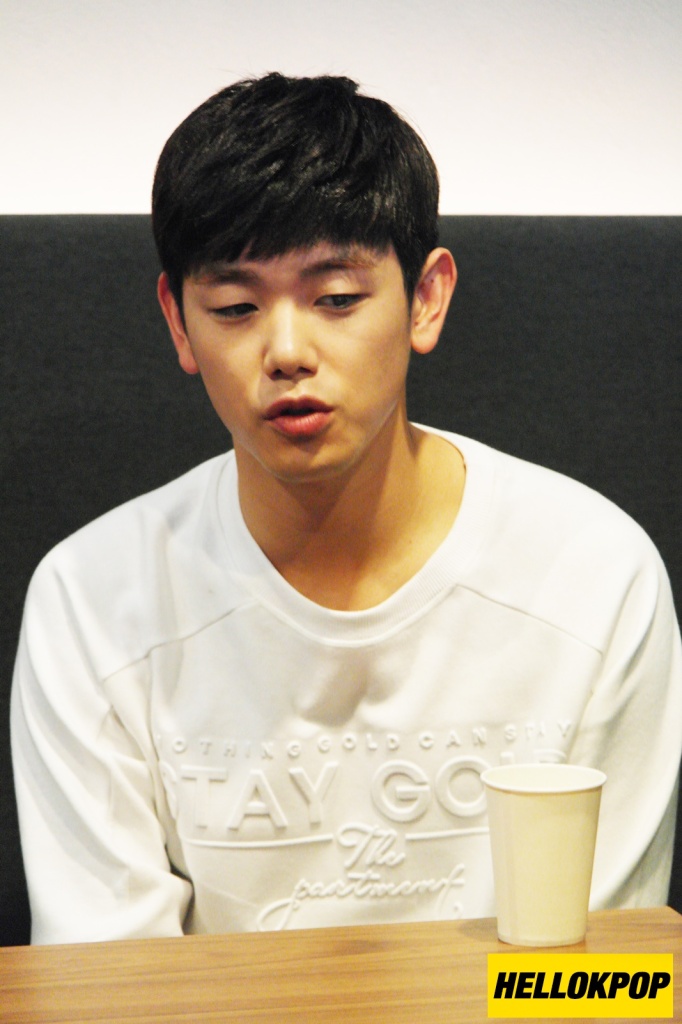 From his love for travelling, to his hosting stints and humanitarian work, check out what Eric’s thoughts are on these aspects of his life in hellokpop’s interview with him:

It’s been almost 2 years since you released your first full length album, Cloud 9. When will you release another?

“Soon, hopefully.  I actually go back into recording this week, as soon as I get back (to Korea).  I think I’ll have to record a new song on Tuesday, so, hopefully in the near future? I don’t know if it’s a single, or a mini album or a full album – but I’d like for it to be at least a mini album, to have a good number of songs on there. We haven’t really picked a direction yet.  Hopefully it’ll be something that people find to be relatable, and easy to listen to. It’ll probably be released during winter time, so it’ll be something like a ballad, or  dance-track kind of stuff.”

We already know that you were discovered through YouTube and from there, it kick-started your career.  What do you think is the influence of mass technology and SNS in nurturing new talents today?

“I think social media is an amazing tool, and it has really helped to even the playing field for many people out there. Having said that, I think there’s a lot more to be done to help new artists and undiscovered talent.  In many ways, people now look at social media numbers first, which it’s why it’s very important to have fans who are active on social media – and I think that’s one cool thing about K-pop and K-pop fans. They are very, very active on social media. I don’t think a lot of people are very upfront in saying this, but a lot of artists out there are very appreciative towards their fans, and I am as well. It’s because of them I able to do what I do, and I’m able to travel to amazing places like Malaysia, meet you guys and have shows. It’s awesome.”

Which places are the most memorable to you and what countries would you like to visit?

“I’ve done a lot of traveling and a country that always sticks out to me is Panema, because the country actually kick-started my love for (humanitarian) service, traveling and doing a lot of other interesting things. Recently, I went to Morocco, and I was like the first K-pop artist to visit the country, and it was really nice to go there and experience their culture. The scenery, the colors – everything was beautiful. And of course, being here in Malaysia – I’d never thought I’d be in Malaysia!  It’s been a very short visit, but hopefully next time it can be a little longer so I can go and visit the beautiful places and the scenery, because I have seen amazing pictures of the geography. Hopefully I’ll be back again soon!” 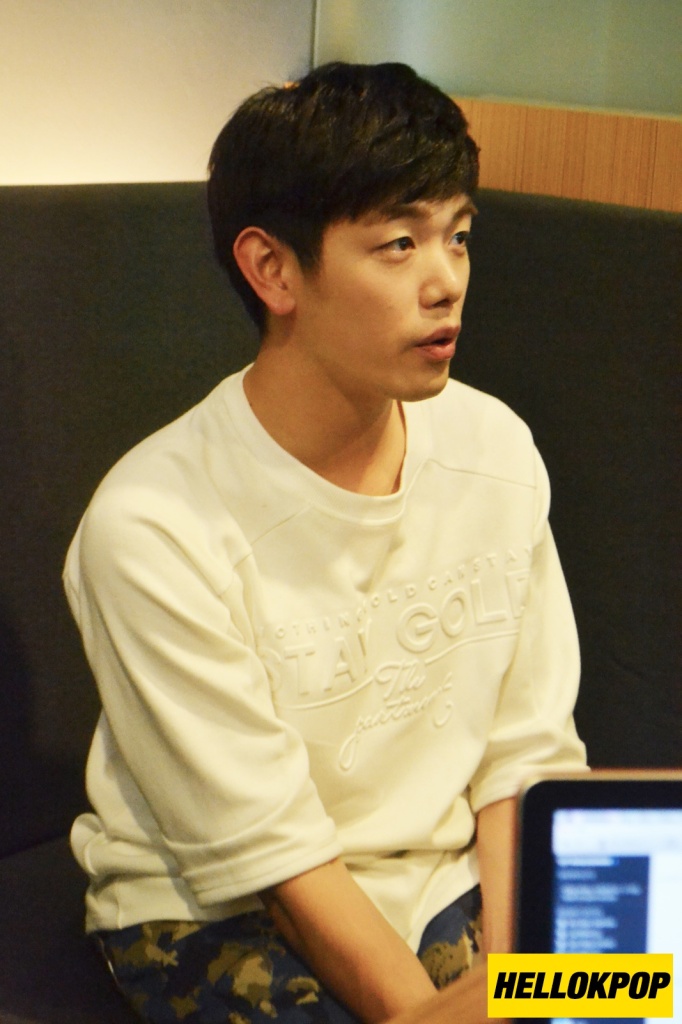 You have been hosting We Got Married as well, so who would be the ideal person you would like to be a couple with?

“Ooh, loaded question! I think it will be really fun to do it with Eunji, from A Pink. I don’t know her that well, but she seems to have a very bright personality, a person who laughs a lot. I just think it’ll be lots of fun. But I don’t know – I’m down for whomever!”

In a previous interview, you’d mentioned that you are working with KARA’s Nicole. Do you have any updates about her?

“Nothing I can say! [laughs] It’s not my stuff, so I can’t say it!  I work with her in the capacity of Sweetune, and they have done all my music so far. They do work for a couple of artists, and for those artists I do a lot of directing for their recordings, as well as the chorus and back vocals.  I also do the guides for their demos, to help them with the direction of the song. So, in that sense, I help everyone out. Other than that, I can’t say because it’s top secret and it’s not my business to say. [laughs] But, she’s cool, she’s working hard. Hopefully we can work together in a duet sometime!”

Do you have any other artists you would like to collaborate with?

“If it’s anyone in the world, Bruno Mars and John Legend. Absolutely, hands down- love those guys. And then in K-pop I’m always saying that I would love to work with Ailee, and Henry’s a good friend of mine. San-E hyung too, kinda of like a hip-hop collaboration? But honestly I think in Korea in terms of collaborations, it’s more so now.  Collaborations happen more often, to shake up the music scene, so we’ll see!”

Back to your hosting career, how did becoming an MC open up the opportunities in the music industry for you, especially the non-English based programs? You also got an opportunity to interview Miranda Kerr and Amanda Seyfield-  so do you have any dreams of actually having your own talk show like Oprah one day?

“Yes, it has been an amazing experience. I’m hosting After School Club. Having said that, it’s a big dream of mine to have my own talk show, like Ellen Degeneres, Jimmy Fallon, and Jimmy Kimmel. I think that it’ll be a lot of fun, and it’s been great that because of the success of the shows I host, people in Korea have come to recognize me as a good host, so that has in a way opened some doors.”

“My most recent interview was with Paris Hilton, and actually Jennifer Lawrence is coming to Korea with Liam Hemsworth. Nothing’s set yet, but I’m all “Can I please interview them?” [laughs]  I think that it will be a lot of fun. My dream is that whoever who comes to Korea for a concert, show or promotions, I’d get to meet them and do a fun show. I’m pushing for it and hopefully someone can pull it all together.” 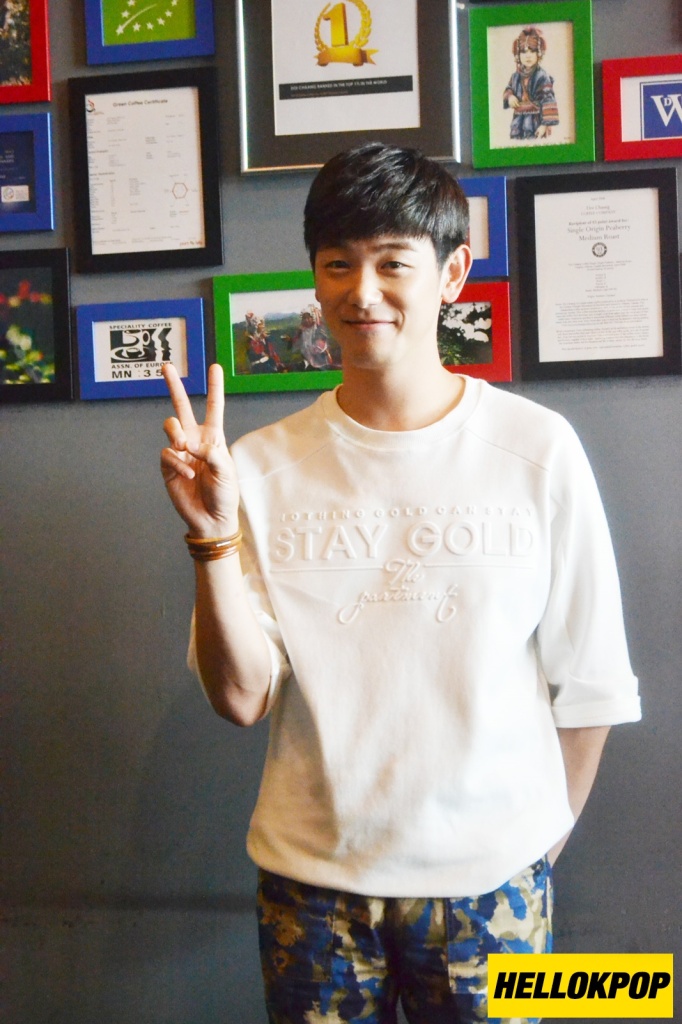 You mentioned before that you like to watch ‘아빠 ! 어디가 ?’ (Dad, Where Are You Going?), so do you actually like traveling or kids more?

“Travel’s fun, and kids – I kind of raised my youngest brother, who’s 8 years younger. He doesn’t really know it, but I was the one who did all the diaper changing, giving him baths and teaching him to talk and read. Kids are very honest and spontaneous, just to travel with them and have fun, it’ll be cool.”

“Thinking about that, the talk show that I want to do, I want to go beyond Korea.  A lot of people currently see Korea as an entry point into Asia because the culture is so widespread.  But I want to be able to go beyond Korea and see countries like Malaysia, China, Singapore, and Indonesia. For example you guys have a good grasp of English, and to be able to do it (the show) in a language that most start off uncomfortable with, then after adding some translations and captions, it will be a lot more comfortable for the average person to watch. It’s just a dream, but if you guys are able to help me make that dream come true with your support, it’ll be great.”

You have a very strong passion for traveling and you often have some sort of humanitarian course when you travel. With the power of celebrity ambassadors like Angelina Jolie, do you think that star power can influence others to continue such humanitarian courses?

“When I decided to pursue a musical career, this was a big factor. In high school and even in college, my parents and I fought because I wanted to do some social work, be a humanitarian kind of person. My parents were very much against it. When I started my singing career, I found out that I was in a position where I can influence more people and impact them to do more. For example, let’s say outside of being an ambassador for UNICEF or any other organization, like the ALS ice bucket challenge, a lot of people criticized it – but, at the same time because of that a lot of donations and awareness came about. I think a big push of that was because celebrities started taking part, and made it a lot more entertaining – not that I think that charity work should or should not be entertaining.”

“Right now, the thing that I really want to do more than anything is charity work, I just don’t have the time or schedule for it. A couple of my friends and I, who are idols, are talking about it and we’re trying to put a plan together. Everyone wants to do something, but we’re just busy. A lot of us are at a point where we don’t want to do it halfway, we want to do it from top to bottom, make sure the funds are properly allocated and that takes a lot of time and manpower. If there are ways for me to get involved, help in whatever way I can, I’m happy to. Hopefully in the near future I can continue my charity work!”

Special thanks to M.E Malaysia for the event invite.