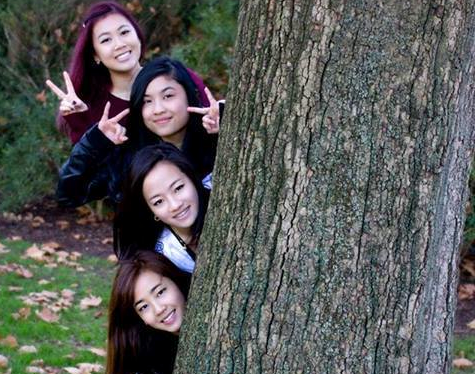 Indie girl group Elixir has released a dance teaser a head of their debut, which is expected by Christmas.

The four member group are currently signed to indie record label Jyn Entertainment, where they have been training for more than eight months since being signed.

CEO and music producer Jyn said that the group was ‘cautiously taking their first steps’ into the music industry.

“We want to come out with a big bang per say, as most groups would, but we’re going to play it safe in our own unique way.” Jyn said in an email.

Elixir will be the first group to debut from the Australian label and CEO Jyn has high hopes that the group will reach out to international songwriters after the group debuts in December.

Elixir has been training with the Australian-based music company, JYN Entertainment for eight months.

Jyn said that the group has amassed thousands of new followers across their social networking profiles after teasing fans for the past few months.

Elixir member Peach, who has travelled to Korea for singing competitions said that the group was hoping to mix K-Pop with their own style.

“The band members have some great song writing skills, so hopefully it comes out in our music.” Peach said.

Peach said that her favourite moment so far on the journey to stardom was eating and laughing together with the other members of the group.

Check out the dance teaser by Elixir’s Lyra.