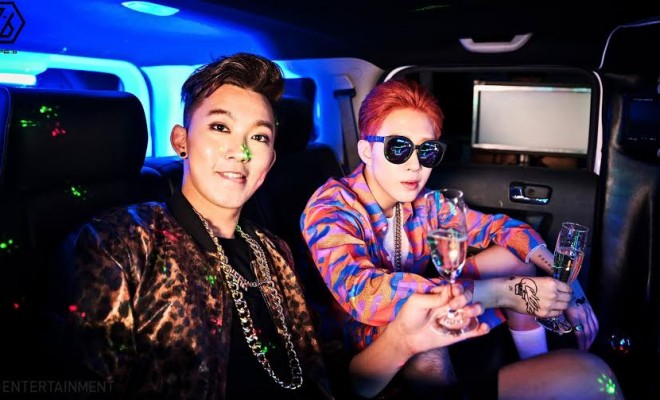 Type:b is a new hip-hop duo created by AQ Entertainment. Members Isaac and Zi-Nu named the group as Type:b, after they discovered they both have blood type B. The two artists are not new to the music industry, as they were rappers from their previous groups. Isaac debuted with M.I.K back in 2012, and Z-Nu with VICTOR in the same year as well.

By chance, the pair met each other back in 2014 and found out later that they have strong passion in making the same style of music – hip-hop. With a brand new start from a new label, they want to become better artists and show better music to Korean hip-hop fans.

53
SHARES
FacebookTwitter
SubscribeGoogleWhatsappPinterestDiggRedditStumbleuponVkWeiboPocketTumblrMailMeneameOdnoklassniki
Related Itemship-hoptype:b
← Previous Story How To Meet Korean Friends – Outside And Within Korea
Next Story → Interview With The Team Behind Eggbun, A Korean Learning App