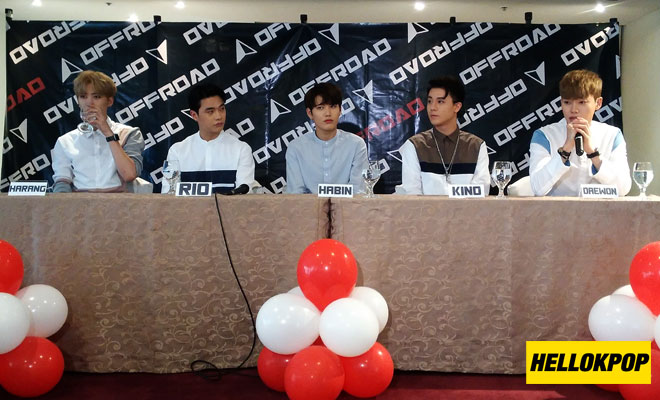 OFFROAD Gets Pumped Up For Exclusive Fan Meeting With Filipino Fans

OFFROAD is all-set for their month-long promotions in the Philippines!

In a press conference held at Discovery Suites, Ortigas on October 6, the boys of OFFROAD expressed their excitement to perform in the Philippines for the first time.

The latest addition to the Philippines’ list of K-pop visits is the five-member boy group, OFFROAD, signed under ShowBT Korea.

Read More: OFFROAD To Get On The Road To Manila!

The group has released their first single, Bebop, on September 2012, and made their debut stage on KBS Music Bank on the same month. The boys later released their second digital single, Head Banging, a track produced by BLOCK B‘s Zico the following year. 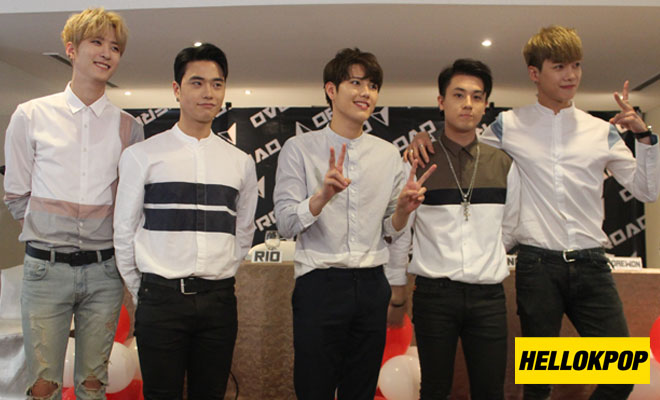 The shining boys of OFFROAD pose for members of the Philippine press. From left to right: Harang, Rio, Habin, Kino and Daewon.

When the group moved agencies, two of the original members left, and were later replaced by new members Daewon and Habin.

OFFROAD is now making their way to the Philippines with the new members formed by Harang, Rio, Habin, Kino and leader Daewon.

The boys of OFFROAD were asked about their inspirations and idols in the music industry.

Most of them expressed their interest and liking to the groups BIGBANG and B2ST. Habin, the main dancer of the group, said he takes inspiration from Michael Jackson, and in Korea, he finds the same aura with Rain, Se7en and EXO. The main vocalist, Rio, likes R&B artists like Jay Park and Taeyang of BIGBANG.

The group is also interested in composing their own songs, and they think that BIGBANG is a really good example of an artist that they look up to.

After their two digital singles, they are now working on their new album. Fans need to wait until the first few months of 2017 as they are now in the stage of preparing for their music video. 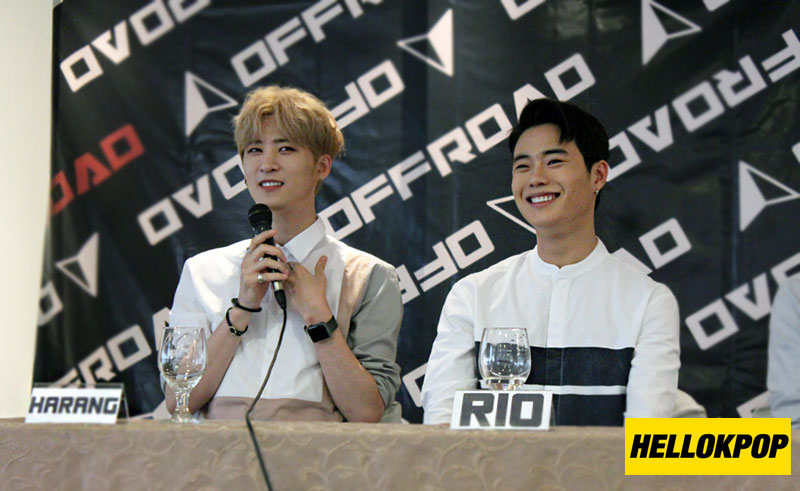 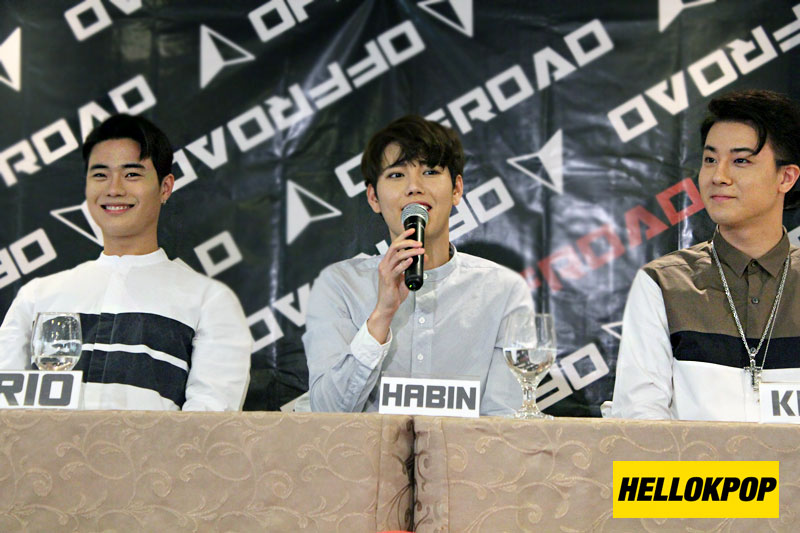 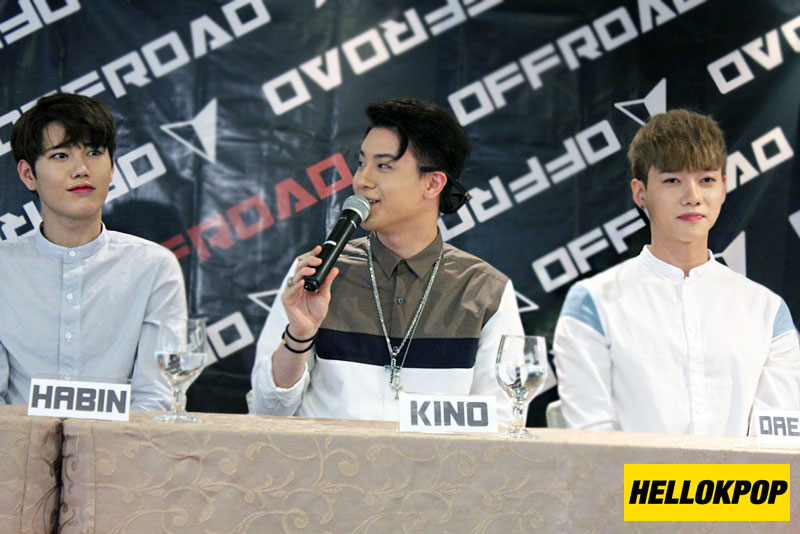 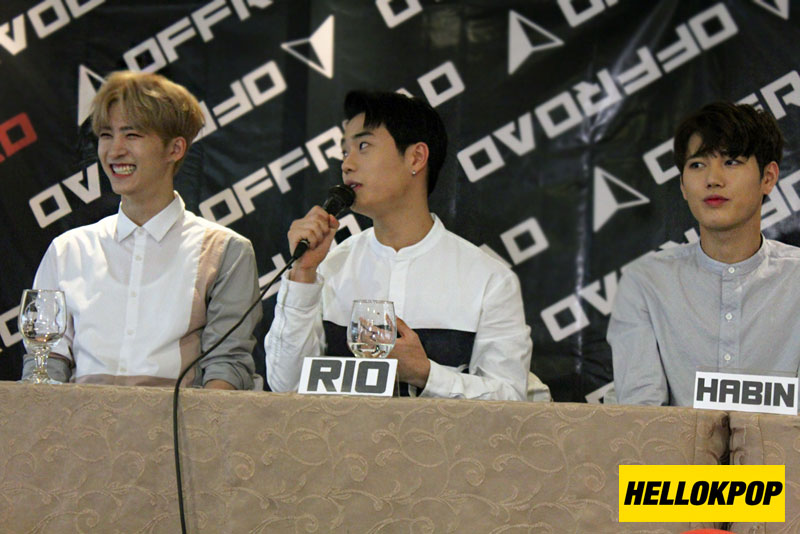 More fun in the Philippines

They were not expecting to be coming to the Philippines for promotions, so as soon as they heard about it, they got very excited. Prior to their trip to the Philippines, they have already engaged in conversations with Filipino fans online.

Read More: OFFROAD To Go On First Trip To The Philippines This October

When asked if there is any place or activity they would want to do while in the country, the members took interest in visiting Boracay, and trying the Filipino exotic food – balut, a boiled, fertilized egg.

If there is any chance to collaborate with Filipino artists, they want to do it with James Reid. Rio gave a sample by singing some lines from Reid’s song Huwag Ka Nang Humirit.

Getting up-close and personal with fans at the Fan Meeting

Even though OFFROAD already made their debut as a group, they still often feel nervous when going on stage. However, they get rid of it whenever they feel and hear the fans cheering for them.

In the coming exclusive fan meeting, they want to build a special relationship with the fans. They are looking forward to meet their Filipino fans, who are also known to be the “liveliest” K-pop fans.

The group will be having an exclusive fan meeting event on October 14 at the KCC Wave Hall, Bonifacio Global City. For more inquiries about the event, fans may contact [email protected]

OFFROAD has been actively promoting in Japan, garnering a steady fanbase in the country. This month, they will be promoting in the Philippines with a series of activities, including an exclusive fan meeting and mall show appearances. A mini-concert is also in the works to be included in their month-long promotions in the country. 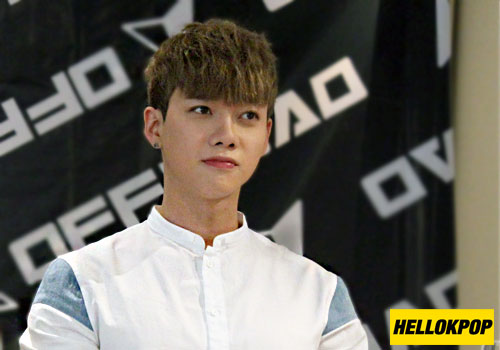 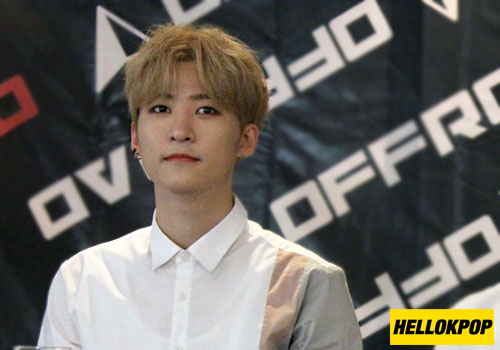 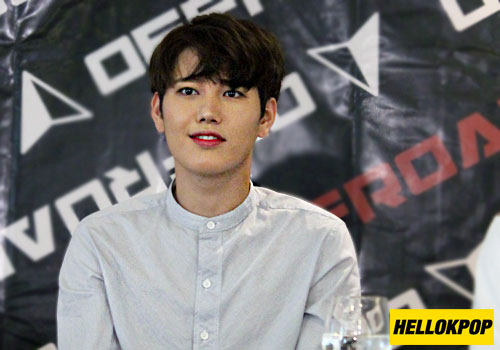 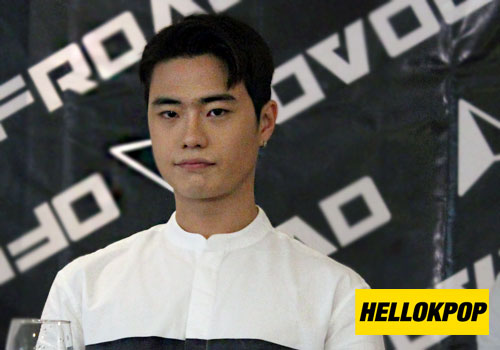 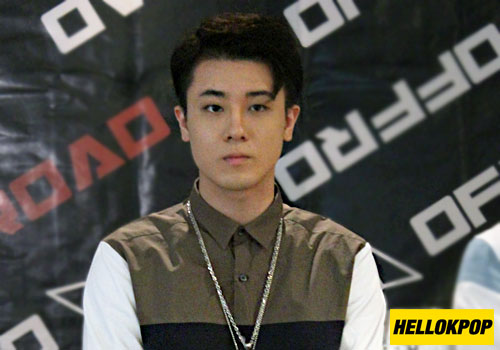 The group is set to perform and meet their Filipino fans at the KCC Wave Hall, Bonifacio Global City on October 14, 2016. This event is exclusive for registered members of OFFROAD’s Philippines fanclub.

OFFROAD in Manila Press Conference was made possible by Show BT Philippines Corp. We would like to thank Ms. Andhie for the invitation.

We need your support! If you have enjoyed our work, consider to support us with a one-time or recurring donation from as low as US$5 to keep our site going! Donate securely below via Stripe, Paypal, Apple Pay or Google Wallet.
122
SHARES
FacebookTwitter
SubscribeGoogleWhatsappPinterestDiggRedditStumbleuponVkWeiboPocketTumblrMailMeneameOdnoklassniki
Related ItemsDaewonHabinHarangKinoOFFROADOFFROAD in ManilaRioShow BT Korea
← Previous Story Skechers D’Lites 2: What EXO Says About These Shoes + Members’ Teaser Videos
Next Story → Exclusive Interview: Jeon JiYoon On Going Solo And Releasing New EP