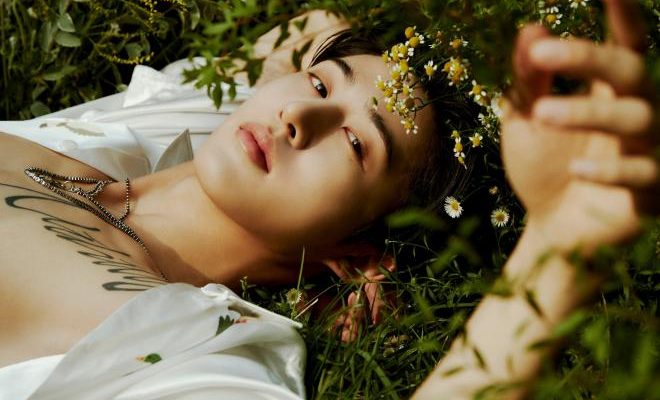 On Hellokpop Playlist: B.I Weaves A Universe Of Lyrical Magic In His “COSMOS”

B.I exhibits his unique charisma and natural artistry in his newest release, COSMOS.

B.I continues to thrill fans with a steady stream of new music, most recently delighting with his half-album release, COSMOS. Since his solo debut, it has been an invigorating journey to see the artist craft his individual musical sound. For all its freeness and exploration, there is an air of intentionality and perfectionism underscoring every lyric and note.

In part, this balance between experimentation and purpose makes B.I’s works so captivating. Through his music, the singer-songwriter and producer brings listeners along his creative journey and self-reflection. Meanwhile, fans watch a natural-born artist bloom even further. 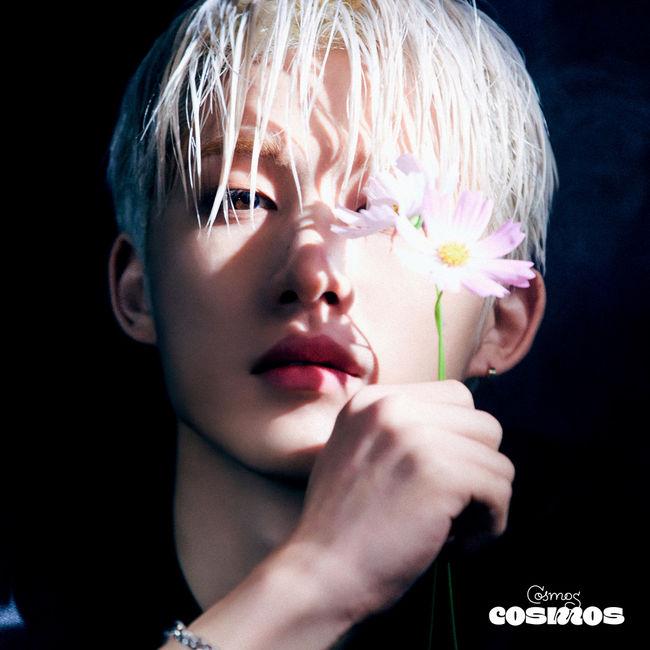 The project explores different themes of youth, all of which can be linked to the three main messages of the album: “KEEP THE FIRE ALIVE”, “UNCERTAINTY, THE BEAUTY OF YOUTH,” and “WE ALL LIVE IN ONE’S COSMOS”.

COSMOS opens in a fiery start with, “Alive”. Taking inspiration from Friedrich Wilhelm Nietzsche’s quote which includes, “The more hardships I suffer, the more my heart beats”, B.I creates an anthemic dedication to resilience in the face of struggle. The hip-hop track, punctuated with piano and record scratches, delivers an unrelenting melody that matches the attitude of its lyrics.

“NINETEEN” reflects on the growing burden of adulthood and reminiscences on teen years, indicated by the song’s title. The nostalgia for simpler times and the glory of youth is shines in the song’s rock genre and guitar riffs. The edgier sound highlights the lyrical message of defiance against the societal pressures and responsibilities that accompany being an adult.

The title track, “COSMOS”, is a welcome surprise. One of B.I’s brightest tracks in message and sound, the light-hearted tune paints a galactic portrayal of eternal love. Driven by a minimalistic guitar and drum melody, the atmospheric sound only elevates its whimsical appeal. B.I waxes lyrical poetry about his “universe”, “[his] only yearning in [his] empty day”, and transports listeners into the youthful experience of being all-encompassed by the gravity of love.

“NERD” combines B.I’s quick-spitting rap with the soothing voice of featuring artist, Colde. The rushed nature of the tempo parallels the clumsy, unrequited love described in the lyrics. In this manner, the song resembles a heartbeat moving too fast in the midst of a love confession, before stopping as B.I reaches the pinnacle realization of, “I’m a nerd”. The song is an endearing addition to the youth-centric project.

Taking a darker turn, the low lo-fi tune describes a provocative relationship that borders danger for those involved. Despite its risks, B.I dedicates himself to the relationship in a ‘Bonnie and Clyde’ fashion. The track is a sharp contrast to the brighter listen of the title track, “COSMOS”. However, this song is evidence of the diverse breadth of youthful experiences the artist covers in the project.

“Flame” is a highlight of the half-album and concludes the album in grand fashion. The booming bass coupled with the synth makes for a powerful listen. As if an extension of the opening message of “Alive”, “Flame” speaks of B.I’s passion and ambition to succeed against haters and enemies.

“You Are My Cosmos”

The music video for “COSMOS” rivals the quality of a full coming-of-age film. Spearheaded by B.I’s on-screen charm, the video follows the artist through a picturesque town, bustling with a variety of different relationships. The video romanticizes everyday sights, revealing the beauty in ordinary expressions of love.

At its centre is B.I’s own love interest, who guides the singer through starry skies and flowering fields. The dreamy portrayal of their relationship reiterates the song’s tender lyrics.

Although B.I is early into his solo career, the artist continues to prove his grit and musicality at every release, leaving fans eagerly waiting for more.