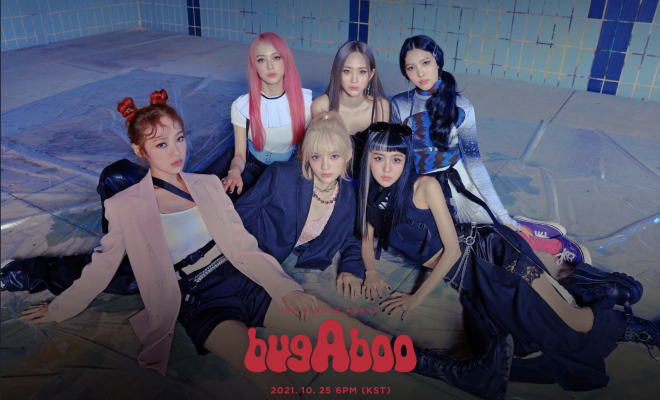 On Hellokpop Playlist: bugAboo Demands The Spotlight With Their Self-Titled Debut Single Album

Eerie yet sweet, bugAboo delivers a debut that proves why they should be the next girl group on your radar.

Ateam Entertainment has officially unveiled their newest girl group, bugAboo, who released a self-titled single album as their debut project. The group, comprised of multi-national members from Korea, Japan, and Taiwan, storm into the music scene with an edgy charisma, demanding their own space as the newest K-Pop girl group to look out for. 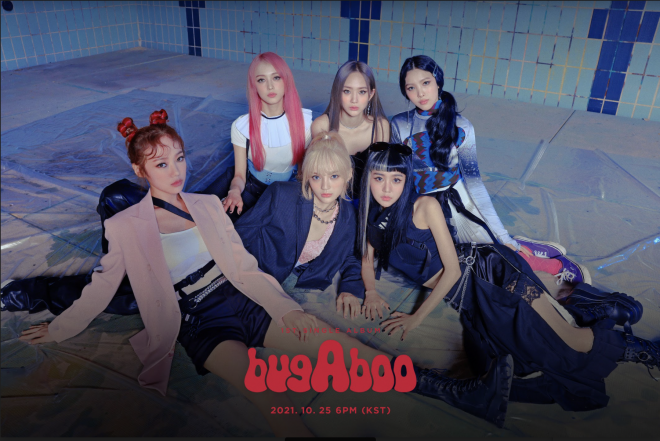 The group’s leader, CHOYEON, as well as EUNCHAE, first depicted their incredible performance skills during Produce 48. Meanwhile, CYAN participated in VAV’s music video for “MADE FOR TWO”.

The members are also joined by YOONA, RAINIE, and ZIN to form a powerful team of six. Their name, ‘bugAboo’, is a combination of ‘peek-a-boo’ and ‘wow’, expressing their intentions of both surprising the world while overcoming any fear of surprises themselves.

Considering their namesake, the members certainly made a lasting impression with their single album, bugAboo. Co-composed and co-produced by industry hitmaker, Ryan S. Jhun, the album provides fans with a succinct but addictive taste of what is to come from the emerging girl group.

Got Us Singing “bug to the A to the boo”

The group’s debut project delivers the girl crush radiance K-Pop fans have become enamoured by, albeit in a unique way. Rather than the booming synth or heavy distortion that has become commonplace among K-Pop debuts, bugAboo captivates listeners with a jazzy earworm melody.

The track, “bugAboo”, begins with a flourishing trumpet introduction, signalling the members’ entrance into the song. As the song progresses, the darker, wavering bass coupled with the brass percussion makes for an upbeat track that keeps listeners nodding their heads along to its beat until the very end.

The song’s polished nature clearly reflects Jhun’s talented production, however, it is the members’ vocals that steal the show. With smooth delivery bordering on the deeper end for the verses and rap, bugAboo also impresses with their high ad-libs and harmonization in the track’s energetic chorus.

Meanwhile, the b-side called “All Night Play” is a contrasting but apt counterpart to the title. Dreamier than the first song, “All Night Play” provides listeners with a bouncy yet whimsical track. The lively song depicts the group’s versatility by showcasing a more cheerful, but no less appealing, side to the members. 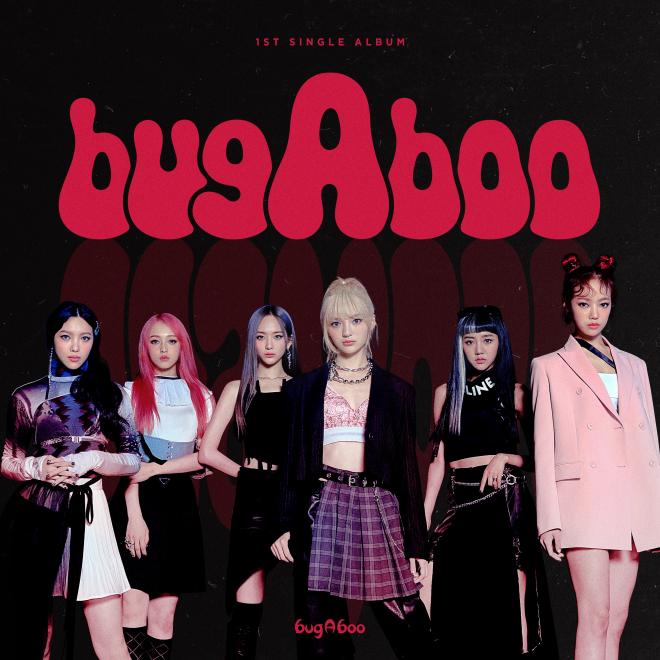 As bugAboo’s debut and self-titled album, many can consider this project a direct portrayal of their identity as a group, starting their careers on a strong note.

Welcome To The Mystifying World Of bugAboo

The music video for the group’s title track is an intriguing delight. Eerie yet vibrant, bugAboo takes fans on a new journey into their conceptual world.

As promised by the expression of their name, ‘bugAboo’, the members show their confidence and ‘wow’ viewers as they enter a world and brave situations resembling those from classic horror or fairytale films such as Snow White and Ghostbusters. The concept is a clever connection between the members’ debut nearing Halloween, as well as their intentions to overcome any surprises they encounter.

Along with their stunning visuals, the members boast sharp and precise choreography. The music video maintains a fine balance between group and single shots. In doing so, fans can appreciate their collective synergy but admire their individual colors as well.

The music video concludes with the members defeating their enemies, showing their confidence and plans to take over the world. With their strong debut, fans are eager to see what bugAboo encounters next in their thrilling journey.