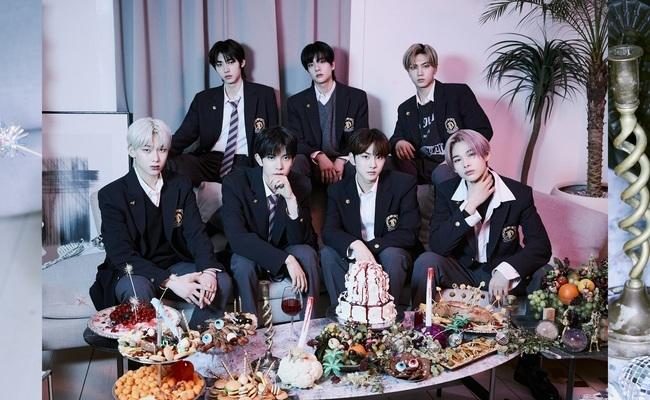 On Hellokpop Playlist: ENHYPEN Beckons Fans Into Their Mystifying Worldview With “BORDER: CARNIVAL”

ENHYPEN faced some of the highest levels of anticipation K-Pop artists have seen this year for their mini-album, BORDER: CARNIVAL.

The project marked their first comeback since their debut last year, with fans’ excitement materializing in over 400,000 pre-order sales. The members captivated hearts and ears with their youthful energy and sound, accompanied by an admirable sense of professionalism and meticulousness for their work. 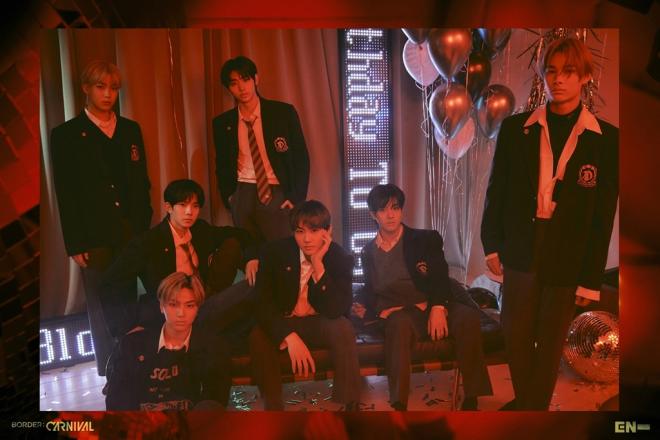 Comprised of six tracks, BORDER: CARNIVAL met fans’ expectations, perhaps even succeeding them. Punctuated with the booming melodies of pop-rock, psychedelic synths, and the members’ impressive vocal ranges, ENHYPEN’s newest mini-album explores the glittering world of fame and the dizzying emotions that come along with it.

The album opens in splendid fashion, inviting fans to leap into their sound and narrative with, “Intro: The Invitation”. The song teases the project’s psychedelic, rock sound with copious synth and a drum-driven melody. With cryptic messages such as “Whether the harvest feast of light/ Or a festival of blood/ time harmonizes laughs and screams”, the introductory track piques listeners’ curiosity regarding the journey the members will explore in later songs.

And though its psychedelic sound tempts listeners to fall into groovy oblivion, eerie distortion at the end provides a feeling of foreboding, suspense that drives the listener to eagerly press ‘play’ for the album’s subsequent track. 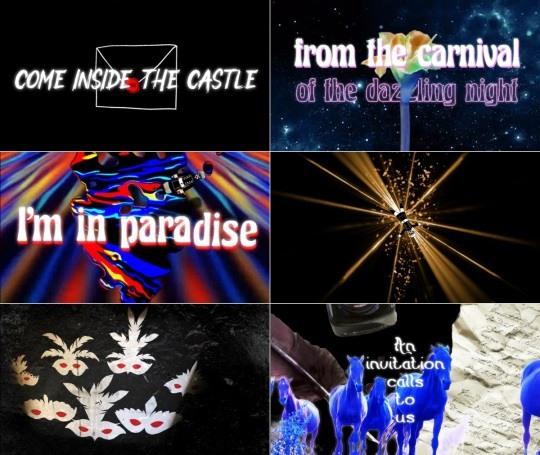 “Drunk-Dazed”, the title track of the album, equates the world of music to a mystifying carnival. Moreover, the song encapsulates the broader themes of their album by exploring the whirlwind of emotions the members experience as newcomers to the music industry.

The pop-rock song features a fast, upbeat melody that fails to fall. Instead, it sweeps fans along with its unrelenting momentum until its very last second. As a result, the song makes listeners feel as ‘drunk’ and ‘dazed’ as its name suggests in its hypnotic appeal.

The title track displays ENHYPEN’s distinct sound and catchiness heard previously from “Given-Taken”. However, for all its energy, this song is notable sinister turn, providing an edgier sound that calls attention to the group’s more vampiric, goth concept. Along with the title track, its eerie music video provided fans with a theatrical visualization for the song.

The music video matched the disembodied quality of the song. With sharp cuts to the track’s incredible choreography, hazy party scenes, and rotating camera angles, the viewer was transported to the perfect chaos depicted in the video. “Drunk-Dazed” expanded the group’s storyline and intrigued fans for what mysteries the group will unleash next by including appearances of fellow I-Land contestants, a rainshower of blood, and an unexpected houseguest at its conclusion.

A personal stand-out in the album, albeit unexpected, is “FEVER”. The slower R&B tune provides space in the album for the members’ vocal strengths and distinct colors to shine. As such, listeners can really grasp ENHYPEN’s impressive growth and skill progression since their last release. Despite its slower tempo, the mature and emotive track still provides fans’ with a similar euphoric listening experience as the rest of the album.

With the members’ vocal talents and the track’s rich production, “FEVER” becomes a show-stopper that depicts ENHYPEN’s versatility.

Meanwhile, “Not For Sale” also exhibits the group’s range. Providing the uplifting, cuter sound fans loved from their previous track, “10 Months”, ENHYPEN once again provides a song to cause smiles. The percussive track is perhaps the album’s most youthful tune, matched with lyrical musings about love.

“Mixed Up” breaks away from its predecessor’s relaxed tempo, returning the album’s intensity. With heavy synth and electric guitar, the darker track rivals “Drunk-Dazed” for its catchy melody. However, while the title track provides a hypnotic listen, “Mixed Up” is more aggressive in its delivery. One can consider this a response to the title track, when the glitz and the glamour of the carnival has worn away to reveal its more sinister contents.

Concluding the album is “Outro: The Wormhole”, the intro track’s narrative counterpart. Seemingly reflecting on the journey experienced so far, the narrative leaves fans to sit with their curiosity regarding ENHYPEN’s narrative. Ending with, “And when we wake at this tunnel’s end, what vision awaits?”, the outro opens the gates for the group’s next project, already leaving fans eager for more.