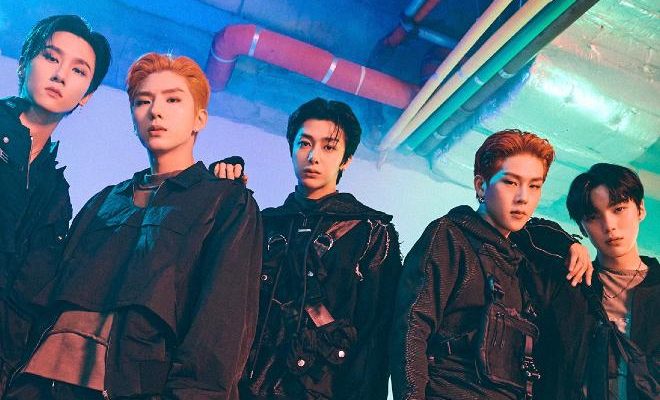 MONSTA X showcases the infinite possibilities that the group is able to do through this remarkable 10th mini-album!

MONSTA X returns with its 10th mini album No Limit and global MONBEBE is definitely experiencing another set of powerful and enthralling tracks. 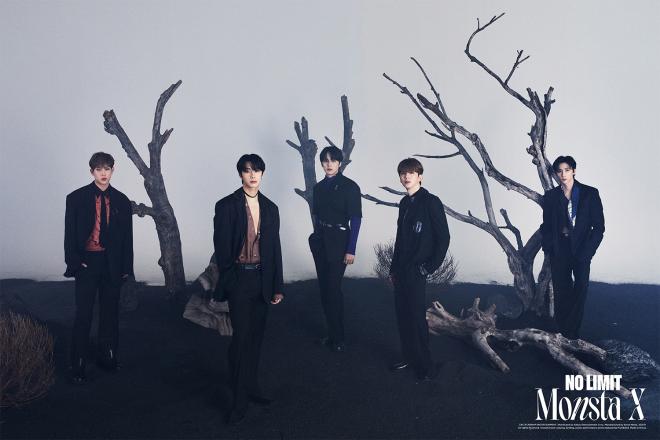 The powerhouse group presents what’s described to be a mini-album that will further prove each member’s dynamic presence. After about five months with the 9th mini album One Of A Kind, this time, the monstas will take every listener to a thrilling ride as they race towards the very top.

The 10th mini album No Limit consists of a total of seven tracks in which the members have worked hard in creating. Just hearing the album’s title immediately gives an image of how MONSTA X will not stop pushing themselves to the limit. It is notable how these young men are filled with a strong urge to present themselves to the global music fans that they are made to dominate with their unlimited ability and quality which is second to none.

The title track of the mini album, “Rush Hour”, is written and composed by the group’s main rapper Joohoney. With the help of YE-YO!, the resident honey bee created “Rush Hour”, with the aim to express an even more energetic track than “Gambler.”

“Rush Hour” captures MONSTA X’s identity by comparing the current saturated K-pop scene to the congested traffic during a rush hour. Joohoney wittily displays the group’s unrivaled confidence that they will carve their own path even in this disordered world created by the pandemic.

In particular, Joohoney’s rap lyrics “Hitting the gear on the heavy traffic of the city / Only looking forward / No back back / Competition is always thrilling / There is no doubt,” visibly screams how eager they are to conquer the world solely with their talent and potential. The song also conveys the group’s strong will to claim victory to the world, while also extending its endless gratitude to its beloved fandom, MONBEBE. 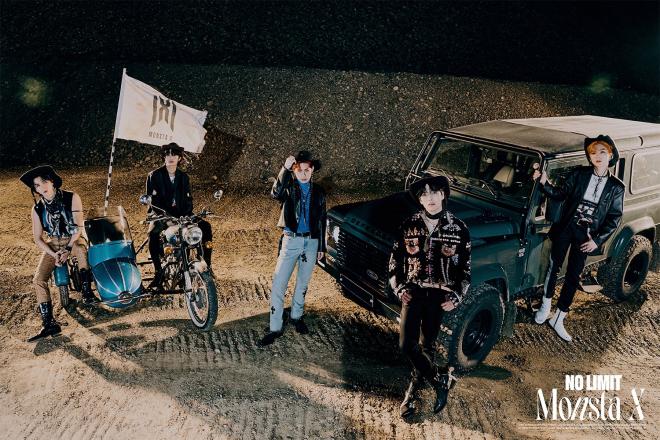 “Autobahn” is a track written and composed by I.M, with the help of Joohoney in the rap lyrics. According to the youngest monsta, “Autobahn” is a metaphor to describe MONSTA X’s love for MONBEBE as an autobahn road with no speed limit. Kihyun and Minhyuk’s exchange of vocals is commendable that you cannot help but keep repeating the song over and over again.

If there is a track in this album that is perfect for a late-night drive, it would be “Ride With U”. The third song in the No Limit album is a disco-punk genre with a trendy rhythm created by a synth base and mute guitar. Your shoulders would go up and down with its groovy tune in the chorus which is absolutely noteworthy.

Got me in chains

Hyungwon opening the track is an absolute good choice, which is then followed by Minhyuk’s addicting tone. Joohoney then extends his growling rap further in the track, as well as I.M’s irresistible rhythm.

“Got me in chains” is a mixture of R&B and dance, which combines an intense guitar and synth sound that forms the song’s irresistible groove. How Kihyun sings “drive me crazy” is not an exaggeration. The unusual beat makes every listener attracted to the track, and it’s no wonder that the lyrics express being captivated by the charms of a lover.

“Got me in chains” also reveals a sexy yet manly image from MONSTA X, which makes the song even more enticing and fun to listen to.

Hearing the first note of “Just love” screams so much about who wrote and composed the song. MONSTA X’s youngest, I.M, poured his soul into creating the 5th track in the album.

“Just love” is an easy listening hip-hop track that expresses the thought of loving someone with all your heart and everything you’ve got. According to I.M, the track will tell listeners that even if that certain love won’t last forever, every moment spent with that person will always be brilliant when looked back. 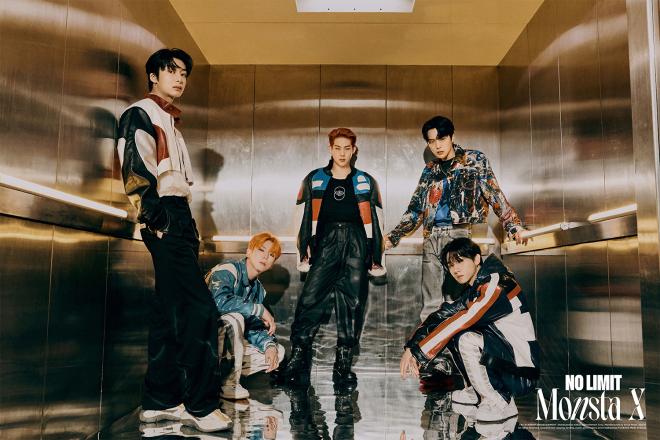 “Mercy” is a track written and composed by Hyungwon alongside Justin Oh and Jantine Annika Heij, while Joohoney and I.M both wrote their own rap lyrics for the song.

The emotion of the song is perfectly portrayed especially at the chorus part where Kihyun sings “I’m begging you for mercy”. Another part to take note of is Joohoney’s witty delivery of his rap line. How he spits every line like someone yearning to hold that person’s hand be together for the rest of their lives and the detail of him running out of breath is simply applaudable.

If “Mercy” makes you cry at night while sympathizing with the lyrics, “I got love” will cheer you up with its light vibe.

Once again, Joohoney and YE-YO!’s tandem presents a fan-dedicated song that conveys MONSTA X’s desire to meet fans during the time they have spent far from each other. If “Heaven” was fit to be included in a summer drive playlist, “I got love” is a track that will keep you warm during a cold winter drive.

The lyrics obviously show how the monstas miss interacting with their fans face-to-face. Especially with Minhyuk’s line, “Did you miss me? / Contained in May / Remember day,” which is a connection to the group’s debut date, May 14.

Rushing to the finish with MONSTA X

It is no exaggeration that the magnificence of MONSTA X flurries all throughout every scene in the music video of the title track “Rush Hour.”

In particular, the relentless energy is conveyed more vividly as the members perfectly extend their bewitching visuals every second. The members are born fighters who never back down whatever challenge may hind them. And it shows how they portray a cold competition in the grayish city by pioneering a barren land and walking their own carved path.

MONSTA X’s bold advances towards their final goal were creatively presented as off-road driving, while the unchanging competitive society is depicted as hanging on by a thread on a high place. The flashy effects that switch between the cold city and the ground are also enough to convey thrills to fans and further mesmerize them with the members’ exploding visuals.

Each scene wherein the members spoil the title track’s choreography is simply alluring that no one can resist watching the music video of “Rush Hour” a thousand times.

Be captivated by MONSTA X’s No Limit album here: