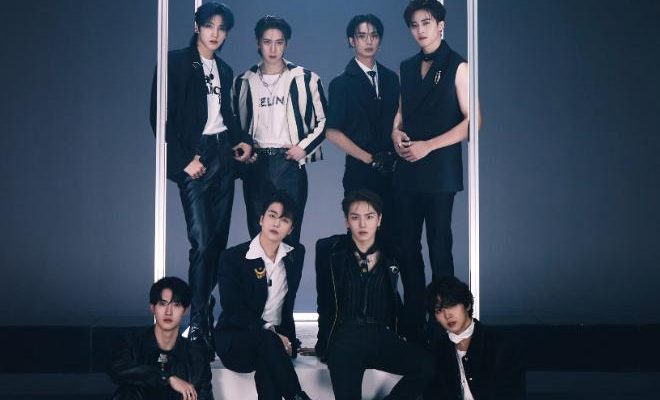 On Hellokpop Playlist: PENTAGON Delivers Another Trendy Melody With 12th Mini-Album “IN:VITE U”

PENTAGON returns better than ever with the 12th mini-album, IN:VITE U!

PENTAGON makes their much-anticipated comeback with the 12th mini-album, IN:VITE U. The all-rounder group portrayed a new attitude with a perfect musical harmony of R&B and pop. The album consists of six tracks, including the lead title “Feelin’ Like.”

While this marks PENTAGON’s comeback in about ten months, it is also the first release after Jinho’s military discharge. Through this new album, the members have combined the words ‘INVITE’ and ‘VITE,” which means ‘quickly.’ With an enticing quotation of “PENTAGON’s invitation to the new world and quickly falling for you who I met there,” the 12th mini-album will further deliver sophisticated music and performance.

IN:VITE U invites every listener to a space where PENTAGON unfolds a new definition of love. As the members realize that love comes naturally, all in a while, they smoothly create pieces of the moment and flow somewhere again just as time passes.

Relatively, all six tracks in the album were written and composed by PENTAGON members. This genuinely illustrates each of their diverse musical colors and in-depth stories of their maturing inner selves while adding to the genuineness of the tracks.

“Feelin’ Like” is the title track of the 12th mini-album and is an exciting pop and powerful R&B genre song that instantly draws listeners’ ears from the intro. The song borrows a concept from the myth of Pygmalion’s statue, Galatea. PENTAGON uses their own lyrics to express the moments of awakening, pleasure, and realization in order to showcase PENTAGON’s new way of loving.

In particular, Jinho, Kino, and Wooseok contributed to the lyric-writing, demonstrating their ability as self-producing idols. With fresh music and performance style contrasted to what PENTAGON had previously conveyed to the public, with a classier and upscale atmosphere, they wish to begin a story of their own with this song.

The music video for “Feelin’ Like” reinterprets the objects that express ‘temptation’ in ancient artworks with a modern viewpoint. Every scene demonstrates PENTAGON’s alluring and powerful attraction, stimulating the five senses. Their unique charms also make it inevitable for the viewers to accept their invitation.

The second song in the album is “One Shot.” “One Shot” is an alternative rock genre song that is centred on a stimulating and glamorous hard rock guitar riff that captivates everyone’s ears from the outset. Through this track, PENTAGON appeals to the public with daring and exceptional endeavors like must-have condiments for good meals.

The upbeat music with blasting energy symbolically portrays the desire to go on a fearless spree when we only have one chance left in our lives. The theme “you” in the song allows listeners to create their own subject. And depending on who or what you think of, it allows the song to be more diversified in its connotations, making it a more entertaining listen.

“The Game” is an electronic song with a phenomenal glitch synth and added rock sound. This track compares events in our lives that are full of tensions and stress to a game to demonstrate PENTAGON’s relaxed and hilarious attitudes regardless of the circumstance they are in.

In particular, the forceful and catchy lyrics in the chorus line and the operatic elements in other parts are introduced to give PENTAGON a more distinct and mature musical flavor.

“Call My Name” describes the frictions of the lips when shouting one’s name, as well as the overpowering tension at that specific moment. Joining forces once again with producer KimZion, Kino continues to experiment with diverse styles of music, and this track is one of the many.

Kino utilizes the word ‘voice’ as a motif in his previously released mixtape song “Voices,” and in “Call My Name,” the theme is expanded into singing about a deeper tale between the two.

The next track in the album depicts a Ferris wheel in the heart of a theme park on a beach with millions of stars in the sky. Once again, Kino helped write the lyrics to highlight the nostalgic and emotional mood of the song.

“Sparkling Night” figuratively illustrates the regretful feeling of getting off a Ferris wheel while still appreciating the beautiful view. The song wittily describes two lovers’ meeting and breaking up and was a main point in the masterpiece. In particular, in contrast to the intense emotion, sincere words over a pleasant and peaceful melody draw listeners in deeper.

“BAD” describes a familiar yet awful breakup narrative about everyone who is so inconsiderate that they wish the other person’s happiness even when saying their last farewell. The last track in the album describes a guy who dearly loves his partner more than anything. However, the people around him and the circumstances he’s in appear to be telling him that the only way out is to break up.

The song seeks to console and sympathize with everyone facing or who has experienced a devastating breakup. Wooseok contributed to the lyrics and songwriting, which heightened the anticipation for the track. In addition, the track is based on a simple but clear guitar riff and catchy melody with an iconic and modest sound source as a primary groove.

With the 12th mini-album, IN:VITE U, PENTAGON reintroduces themselves to the general public as a group that exceeds expectations with the members’ delicate vocals, powerful choreography, and creative masterpiece. Meanwhile, the 12th mini-album IN:VITE U has seen the light on January 24 at 6:00 PM KST.