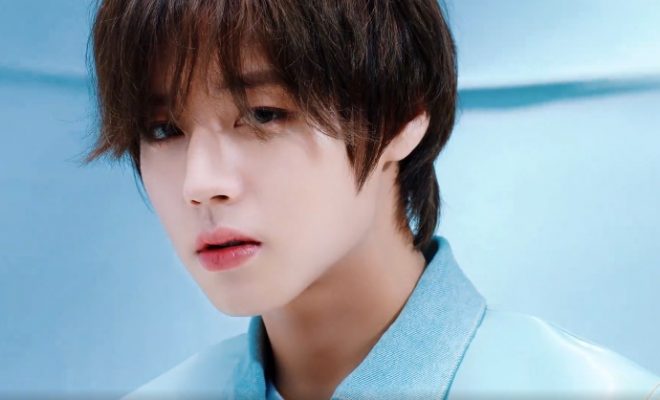 The countdown is finally over for MAYs as Park Ji Hoon returns with his thrilling third mini album The W!

Park Ji Hoon just dropped his melodic mini-album The W, which showcased his versatility as a musician in the finest manner. 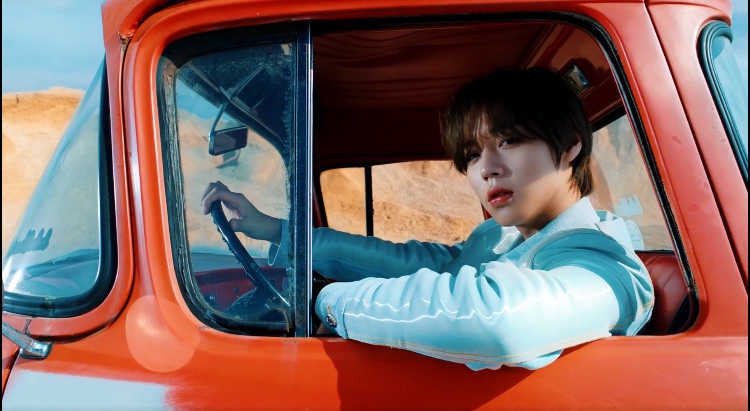 Creating quite the alluring ambiance with his mini-album, the singer flawlessly captivated listeners with his delightful deep set vocals.

MAYs all over the world begun counting the days to The W’s release after Park Ji Hoon announced the album’s arrival on May 10. He unveiled a detailed scheduler for the fans to keep track of the content leading up to the day of the comeback.

On May 13, the idol released idyllic images of the Blanc. version of his teaser photos. The Blanc version showed off Ji Hoon’s winsome visuals in a dynamic and mature light amidst a warm-toned setting.

Following suit, Ji Hoon unveiled his spellbinding Noir concept photo version on May 15. He looked dashing in a dark setting as he posed in a contrasting cool toned backdrop from the Blanc VER.

Ji Hoon’s piercing gaze and dynamic demeanour made for a surreal moment for the full shot Noir version of the teaser picture.

He raised the anticipation of MAYs with the reveal of the track list for The W. To put it simply, the tracklist stunned fans with its striking minimalist aesthetics.

Making MAYs’ hearts beat with his echoing “dumdumdurumdum”, Park Ji Hoon mesmerised with his music video teaser for his album’s title track “Wing,” which he dropped on May 21.

This was later followed up by an astounding album editorial that was disclosed on May 22. The editorial gave snippets of the sweet sounding songs from The W and raised fans’ anticipations more than ever.

And finally, a day before the reveal of The W, Park Ji Hoon posted ethereal images for the album’s title article. The pictures perfectly complemented the album editorial. Each of the images stuck to the Blanc and Noir colour schemes and had extracts of the lyrics of each of the tracks.

“On The Rise” is an aptly named track for Park Ji Hoon—as he is surely on the rise as an artist. He raises up the energy of the album to the max with this opening number. The track boasts of heavy bass and synth beat with a xylophonic note. Ji Hoon’s vocals echo dynamically especially with his slow paced “Doom Doom Doom Doom,” that set the overall tone of the album.

Picking up the pace with his heart thumping “dumdumdurumdum”, Park Ji Hoon will surely make your hearts fly high with his track “Wing.” He happily expresses how the love that he has received so far makes him feel as though he’s got wings.

The song also expressed how believes that this same love is what takes him high into the sky, setting him free. The song screams summer vibes as it blends reverberating Moombahton beats with heavy bass drops and snappy EDM sounds.

Park Ji Hoon will surely make you vibe to his suave tunes with “주파수(frequency) .” The track is a romantic number that is composed of a bass based melody. The song has an R&B appeal with its synth heavy beats, and Ji Hoon’s breathy tones add a certain oomph to the track.

Meanwhile, “Driving” begins with jazzy guitar riffs and Ji Hoon’s low notes before diving head on into groovy electro dance beats. The transition of the singer’s vocal range on the track is commendable. Ji Hoon effortlessly switches between breathy low tones and crisp deep notes which makes for a refreshing listening experience.

The track has a very bewitching 16-bit bass melody that lures you in the moment you hear it. “Paradise” sounds heavenly due to its hypnotizing synth harmony. When paired with Park Ji Hoon’s low notes, it gives the song an overall sensual ambiance. This is definitely one track that will keep you hitting the repeat button.

The music video for the mini-album’s title track “Wing” stuns with its psychedelic imagery and vivid visuals.

Park Ji Hoon appears in the video with his resonating “dumdumdurumdum”, while driving a red truck in a barren desert.

The first elements that really pop out are the striking colours – the bright blue sky, the desk in the desert decorated with plants and Ji Hoon dressed in bright colours. All of these come together to create something spectacular in all its kaleidoscopic glory.

Moreover, the burst of energy that “Wing” gives rise to is undeniable and infectious. Park Ji Hoon is a vision to behold in each and every still of the video, and you can’t help but admire him as he charms with his euphonious voice and lovely look.

Besides this, the choreography is simple but striking. One of the highlights for us is the part where Ji Hoon goes “dumdumdurumdum” and hits his palms against his ears for effect.

The music video for “Wing” is reflective of the track that talks about how love can give one wings and make everything better. Similarly, Park Ji Hoon manifests an oasis in the middle of the desert with his bold bearing and captivating colours.