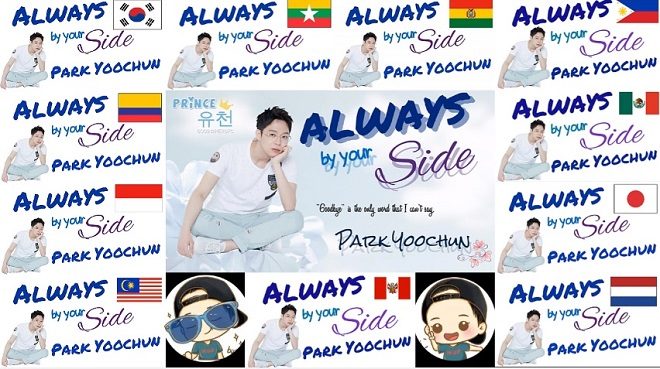 Park Yoochun’s Fans Upload Video; Pledge ‘Always By Your Side’

That’s a massive gesture from his fans.

An international fan club of JYJ’s Park Yoochun has uploaded a touching video to drive and pledge a worldwide campaign to support him, following the police announcement that he will be acquitted from all the criminal assault charges filed by the four alleged victims.

On July 12, a video, titled ‘PROYECTO SUPPORT – ALWAYS BY YOUR SIDE PARK YOOCHUN’, was uploaded on YouTube by an user named PRINCE 유천 PERÚ FC. The video description does not contain any further detail except that it is specified as a “PROJECT BY: PRINCE 유천 PERU FC.” 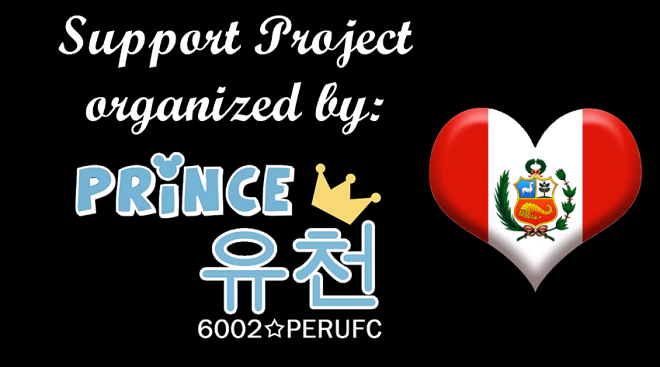 The fan-dedicated video is a collection of photos and videos which Korean and international fans have taken of themselves, each holding a card, with the photo of Park Yoochun and the message ‘Always By Your Side, Park Yoochun.’ According to the video, the fans come from various countries, including South Korea, Indonesia, Malaysia, Bolivia, Columbia, Myanmar, Mexico, Netherlands, and the Philippines.

Meanwhile on Wednesday, a poll was organized by Hellokpop to ask fans if they would still support Park Yoochun despite his criminal scandal, which might have dealt a huge and fatal blow to his entertainment career. At time of writing, an overwhelming of 1,628 responses (89%) indicate that K-pop fans would still support him. The poll will close on 24 July.

586
SHARES
FacebookTwitter
SubscribeGoogleWhatsappPinterestDiggRedditStumbleuponVkWeiboPocketTumblrMailMeneameOdnoklassniki
Related ItemsJYJPark Yoochun
← Previous Story Park Yoochun Found Innocent; To Be Cleared Of All Sexual Assault Charges
Next Story → GOT7’s BamBam: “I’ll do something when I get back to Korea. I promise.”