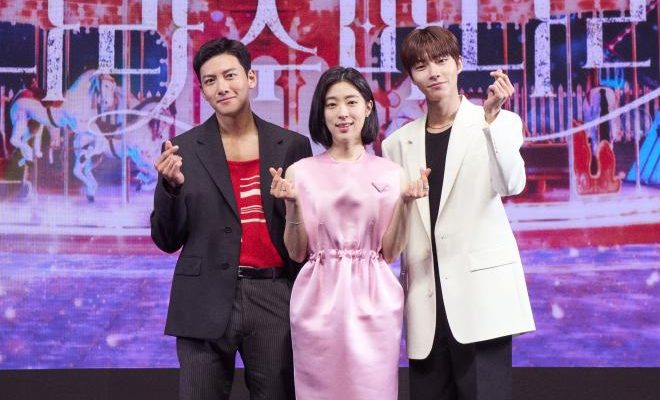 “The Sound Of Magic” Promises To Wield Comfort and Encouragement

The lead stars and director of The Sound of Magic greeted media people via an online press conference on May 3.

Sharing insights and piquing interest, the cast and creator provided details about the series with eagerness.

In The Sound of Magic, a magician living in an abandoned theme park makes troubles disappear, and hope reappears, for a disenchanted teen enduring harsh realities.

Returning to a new project since Itaewon Class, Director Kim Seong Yoon eloquently revealed the inspiration and message he wanted to impart in the series.

“It wasn’t a fancy or ambitious message I want to portray. When we meet childhood or school friends, we often talk about how we are adults. We talk about if we are really adults. What does it mean to be a grownup or what a happier life means. I want the people who watch this drama to talk about it.”

He also shared how the webtoon was indeed hard to translate into live adaptation. Challenging himself, he was grateful and happy to deliver what he initially promised.

Working on a fantasy-musical series required the director to capture the emotions of the characters by utilizing music and capturing “magical scenes”. Director Kim relayed how they paid attention to the music and also got help from famed Korean illusionist Lee Eun Gyeol.

“The whole point of having music is to convey the emotions of Ah-yi. To portray it we need song numbers done by the characters. Same with magic, I didn’t focus on techniques but explored more the emotions of Ri-eul.” 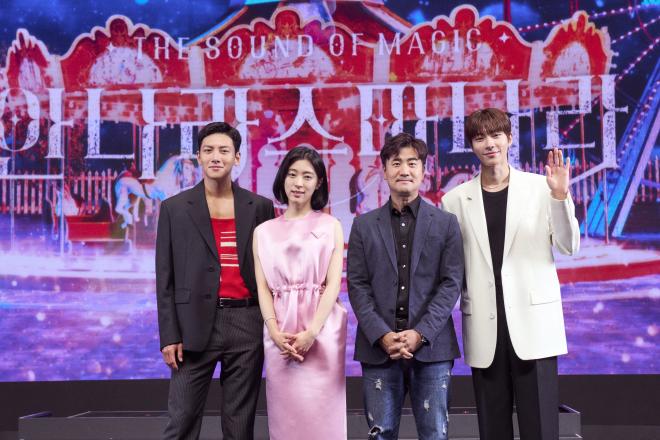 Ji Chang Wook’s Once In A Lifetime Role

For his latest role, Ji Chang Wook portrays a devious magician who lives in an abandoned theme park. The actor describes him as someone who wants to stay forever as a child.

Vouching that The Sound of Magic is for everyone, Ji also conveyed the hard work in suiting up as a magician trumps made the experience gratifying.

“There were many challenging arts, but this is a chance of a lifetime where I can have the opportunity to do magic. I had such a wonderful help from the music team. It was a new challenge and joyful experience.”

Profoundly conveying the message of the series, the actor relayed the comfort it will bring.

“Sometimes we lose track of our childhood wonders, this show will let you reminisce about your childhood. I hope everyone can enjoy The Sound of Magic, thank you.” 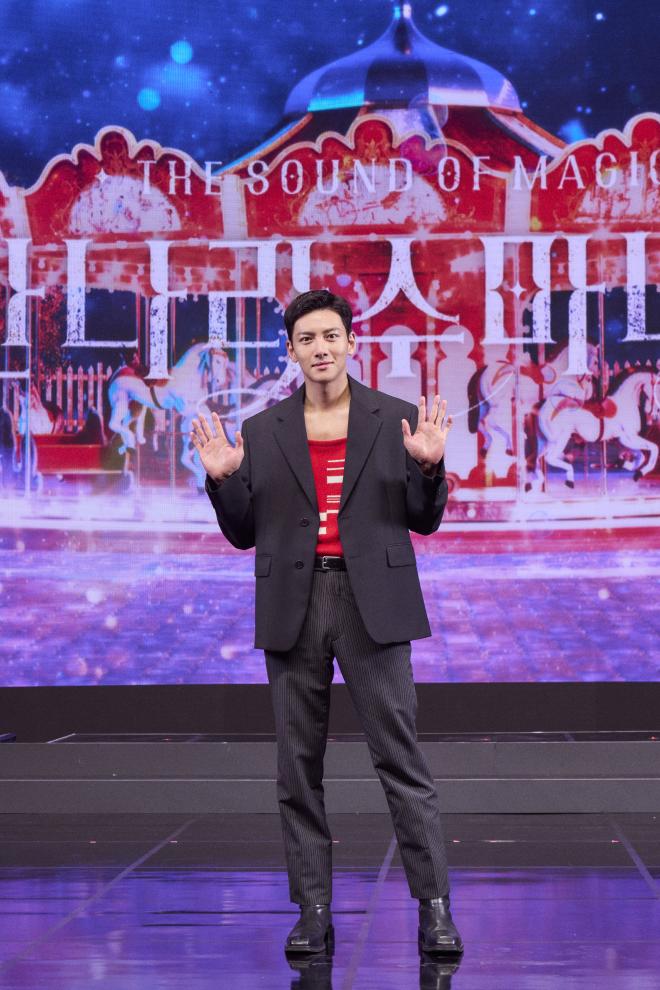 Playing the emotional character of Ah-yi has made the talented actress work diligently to tap into her emotions. As mentioned by Director Kim, The Sound of Magic sheds light on presenting what it means to struggle financially.

Thus, Ah-yi’s money problem speaks much about what problems we have today. With that, Choi explained how she was drawn to a beautiful story that is relatable. She was also impressed by Director Kim’s honesty.

“I wanted to make sure that people can really understand or resonate with Ah-yi. It would help viewers understand her more. I focused on making the audience empathize with Ah-yi.”

Confessing the script also helped her character-building process, she expressed how the amazing script also comforted her, and hopes it will bring the same to the audience.

“Maybe some people think if they can dream again. The show can give you courage and roots for you to give it another try. I hope you watch the show.” 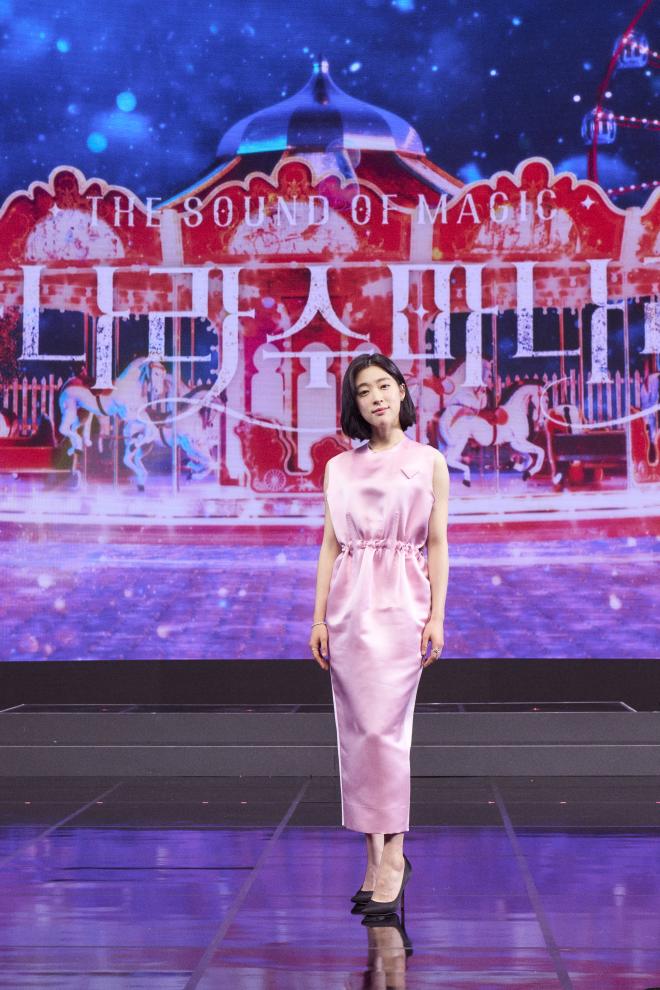 Rising actor Hwang In Youp similarly remarked feeling thankful for having the opportunity to work on a great script. Sharing an anecdote about meeting Director Kim for the first time, he mentioned how he was so touched feeling his sincerity by taking time to acquaint with him and not the technicalities of the role.

Giving a peek at his character, Hwang revealed how the story resonated with him. He also shared his preparations for the role.

“Il Deung means number one in Korean. So he always wants to live up to his name and his parents and forces upon him a dream and what he really likes. He never really knows about himself. One day he also encounters this mysterious magician Ri-eul and he gets to ponder on what it is that he really wants and he really likes. He finds it difficult to express his own emotions. So I tried my best to understand and get to know how he expresses feelings and what he really wants. The most important thing when acting him out was to really get to know him and get to understand him.”

Recounting his favorite scene, the actor mentioned the scene where he played the guitar and sing a song and confesses his love to Ah Yi was an adorable number. Taking pride in his character, he hopes that viewers would look forward to being comforted by Il-deung.

“I love to become an actor who can you know pull off any roles,” he said at the press conference and earned a “proud daddy” look from Ji Chang Wook for his earnest declaration. 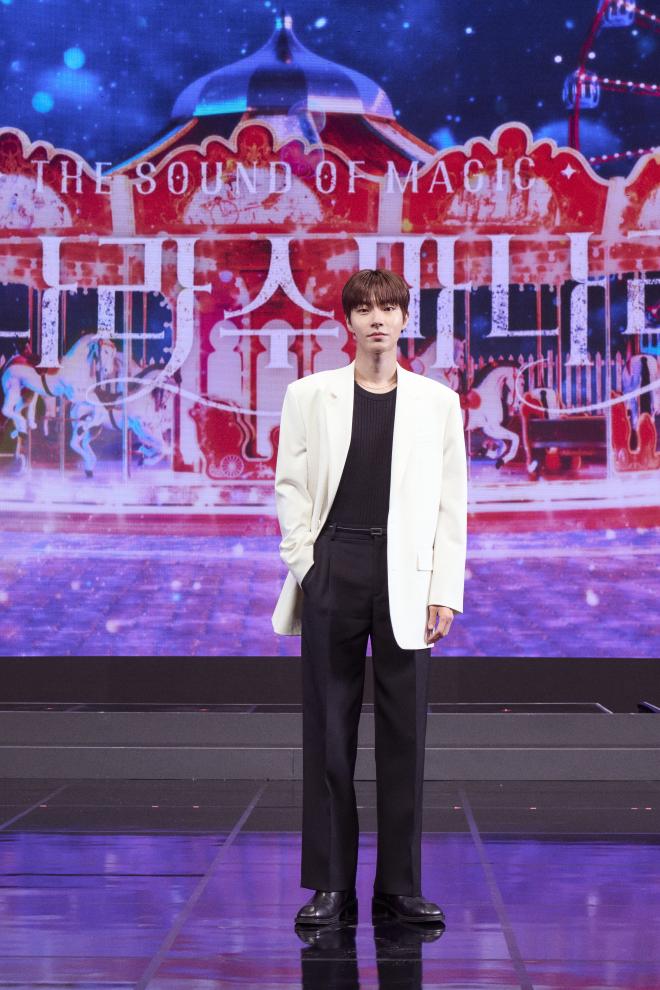 Witness magic and music when The Sound of Magic premieres on May 6 only on Netflix!

abbyinhallyuland thanks Netflix for the invite to the press conference