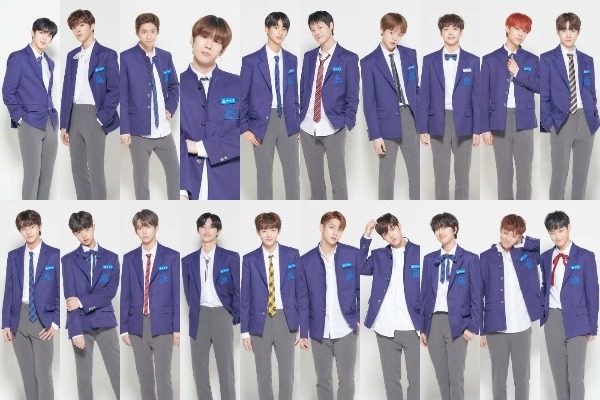 Produce X 101 Highlights: Profiles And Look Back On the Top Twenty Trainees

The competition is getting fiercer, and these lads definitely gave their all just to make the cut.

Produce X 101 is heading to its finale. We are only days away to knowing the members of the new boy group debuting from Mnet’s survival program. Last week’s episode named the top twenty trainees who will fight for that precious eleven spots. 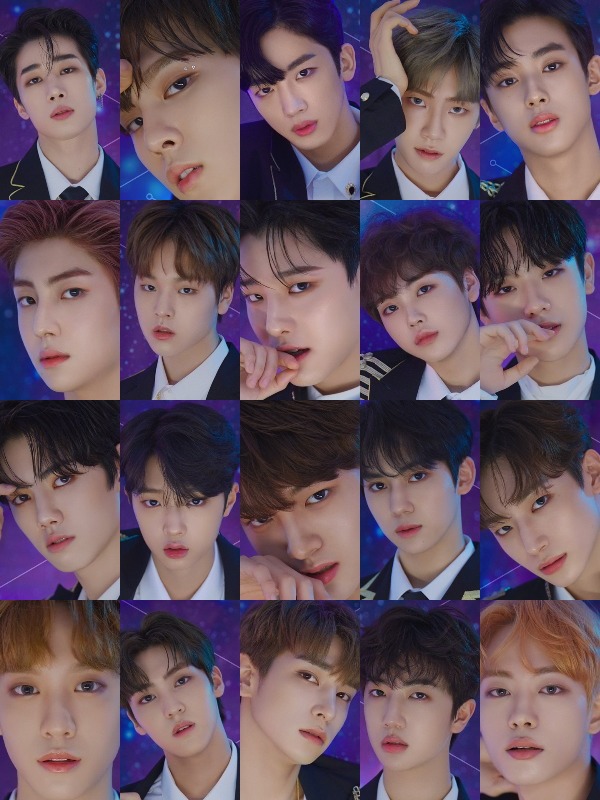 But before we say goodbye to some of them and welcome the lucky ones who will debut, let’s take a look back on these trainees as they showcase their “unique” talents. From beat boxing, making sounds and music using body parts, goblin language to just simply engaging us with beautiful singing voices, awesome dance moves and endless charms, these trainees have indeed captured the National Producers’ hearts. The clips were taken from Produce X 101 Beginning and PR videos, while the individual profiles are from Mnet. 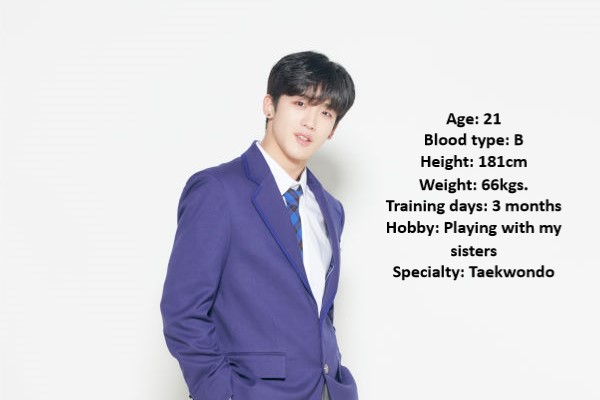 This baby trainee, we said baby because he has the shortest training period out of all the contestants, has proven time and again that he is overflowing with talents. From the auditions up to the latest performance, he showed he got the makings of an idol. A large number of fans agree, seeing that he never dropped out of the top five. Yo Han has an endearing personality and he seems close to a lot of trainees. He knows how to tease his hyungs and cares for his dongsaengs. Yo Han is funny and talented, but if you need more convincing watch the clip below. He just played an instrument using his nose. Yup, he was that trainee. 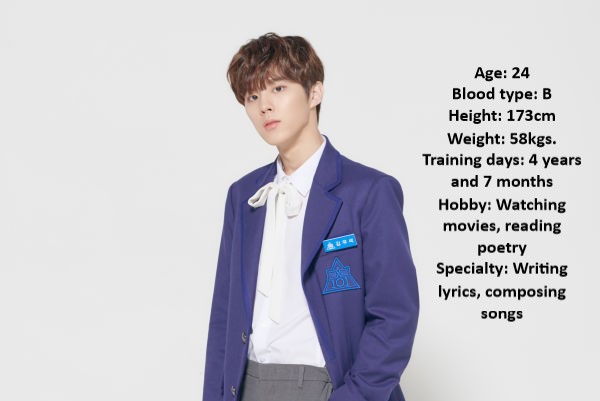 Wooshin, or known in this show as Woo Seok, is head to head with Yo Han when it comes to popularity. Thanks to his out of this world visuals and charismatic persona, not to mention his talents, fans are eager to make him part of debut group. Woo Seok clearly has a lot of potential to be part of the upcoming group and of course, has a huge chance of getting the center position. 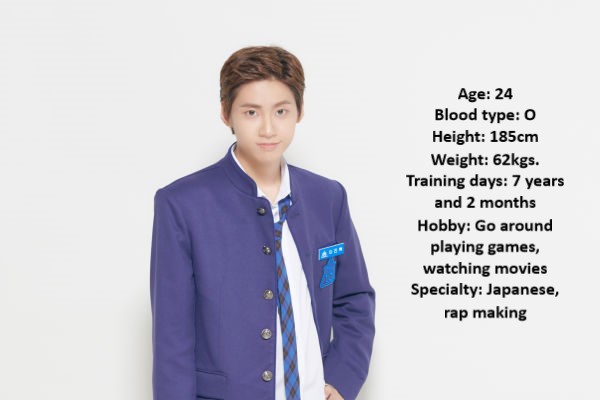 Lee Jin Hyuk has displayed outstanding leadership skills all throughout the show even though he was not officially assigned the role in the previous evaluations. He provided great tips, especially when it comes to rap, to his fellow trainees. His ability to guide his members were put to a test during the position evaluation and he deserved those benefit votes. He continuously climbed up and it was no surprise seeing him land at the third spot in the last ranking announcement. 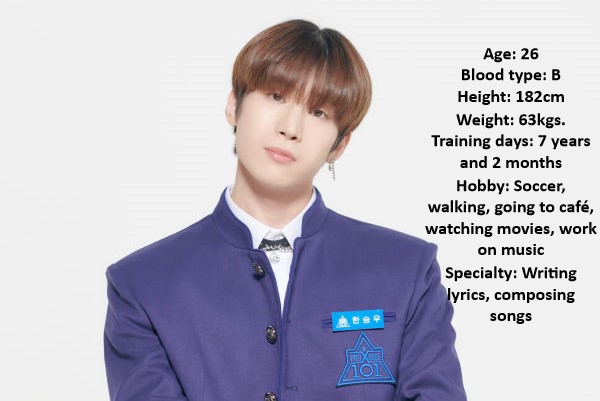 VICTON’s leader and main everything always displays a calm personality but completely transforms once he gets on stage. Trainees (ehem, Yo Han) look up to him, not only because he is one of the eldest and most experienced, but also due to his talents and dependability. His voice, most especially his high notes, has such a fine quality you can’t help but listen and be mesmerized by it. Listen to him sing Im Sejun’s “Don’t Go Today” and you’ll know what we mean. 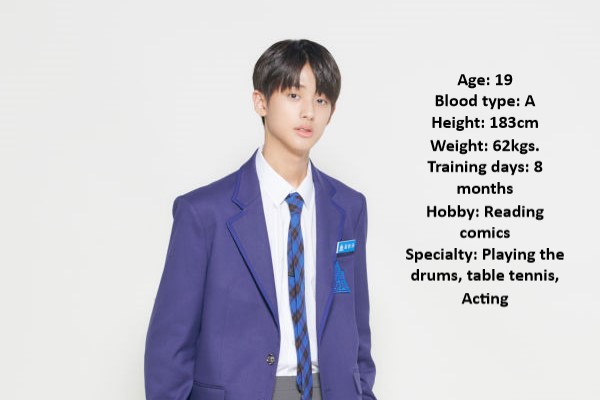 If we are to talk about determination, this kid is a prime example. He knows he is not on par with the other trainees when it comes to skills, but we cannot discount his hard work and tremendous effort. Trainers praised him for this kind of attitude and really, in a cutthroat business like the entertainment industry, hard work and determination will take you places. Min Kyu has shown improvements in his dancing and surprised everyone with his singing during the position evaluation, so it is only a matter of time before he gets rid of his awkwardness. 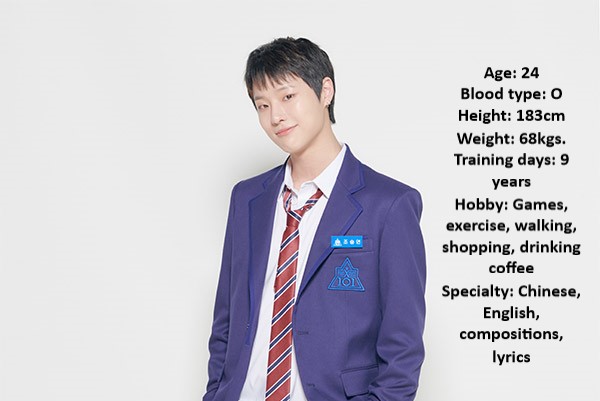 The finalist who has the longest training years, Cho Seung Youn is brimming with so much talents. Known as an all-rounder, not only can he rap, but he can sing and dance as well. His experiences as a contestant of SMTM 5 and as part of the group UNIQ, certainly made him one of the trainees to watch out for. Add the fact that he can write and produce songs is an indication he is worthy of a spot in the Top 10. Oh, we should mention that he is energetic and funny too! 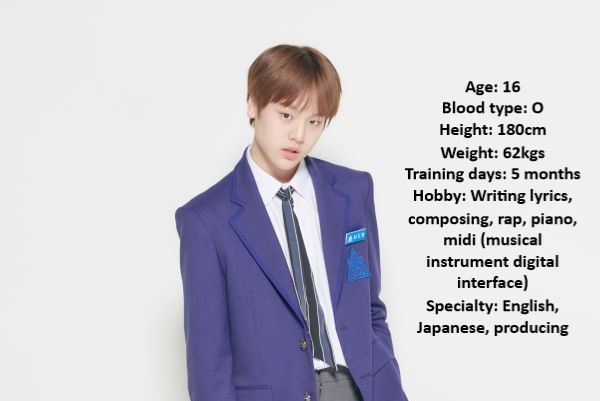 This giant baby is full of swag and cuteness. When you look at him, it is evident he is still so young but when he performs, he just transforms into someone beyond his years. He is also a chick trainee (he was only in training for five months prior to joining Produce X 101) but with so much potential. He has this adorable dolphin sound that usually comes out whenever he is excited, and yes, scared. 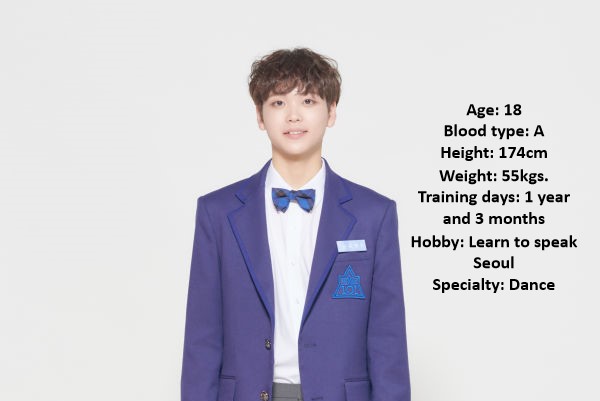 One of the youngest trainees, this boy can’t seem to get out of his cute image. He was part of the X group but proved that despite his age, he can take on responsibilities. Hyeong Jun slowly but consistently showed his talents as the competition progresses, which caught the attention of the National Producers. He has never dropped out of the Top 10, making him one of the strongest contenders this season. 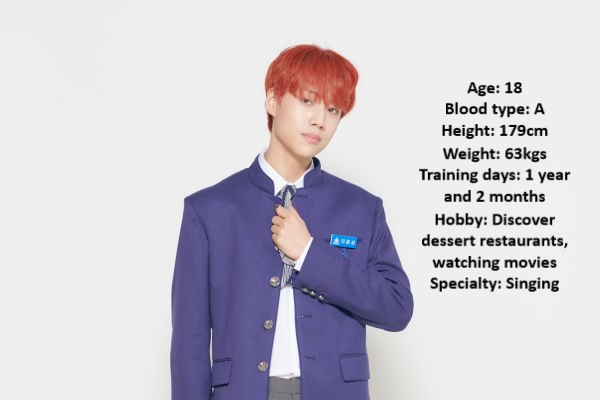 Lee Eun Sang at such a young age, has already captured the hearts of National Producers. He also displayed tenacity as he continues to volunteer at every opportunity despite not getting to do it in the end. He is charismatic yet when he smiles he looks so much like baby which his co-trainees and the National Producers find it so hard to resist. His talents and full potential are yet to be displayed, but the rare times he could, it was clear this boy also has what it takes to make the cut. 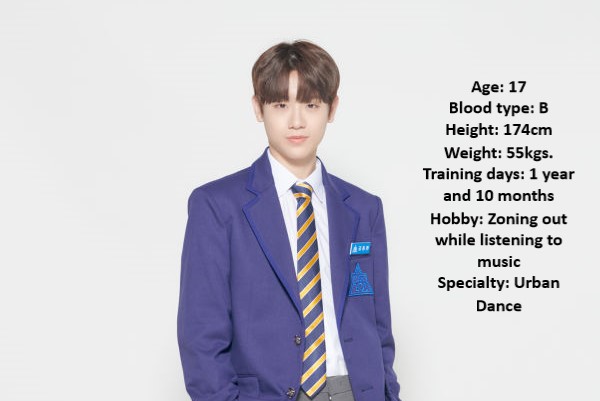 This kid was a surprise entry. He silently but surely made his presence known to the National Producers with his hard work and ability to blend in. Though his ranks went up and down then up again, he captured the viewers’ hearts with his impressive dancing skills and stage presence, not to mention those eye-catching facial expressions. 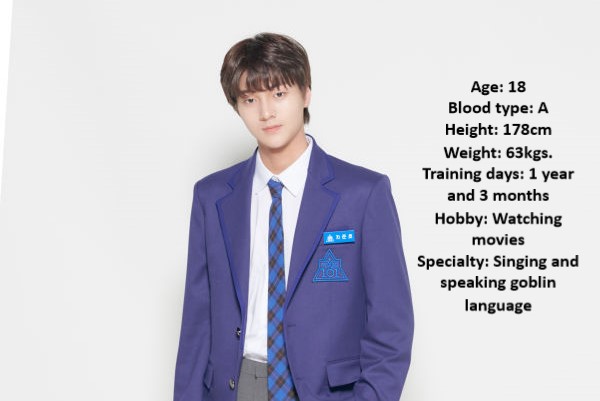 Also known as Kim Yo Han’s BFF, this shy-at-first boy has slowly gotten out of his shell. Though it took quite some time for viewers to see his dorky side, Cha Jun Ho gave an impactful first impression during the runway show with his visuals. His singing voice, is soothing and has a character perfect for those melancholic ballads. And before we forget, he can actually speak goblin language. 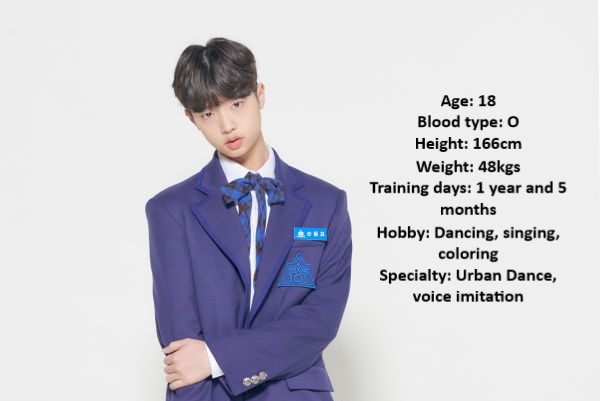 The center for this season’s theme song, Son Dong Pyo has expressed his fears of being the only center who would not make the debut team. However, despite those fears, he continues to show his charms and playful personality. His eagerness to learn and absorb different concepts makes it clear he deserves a shot at the debut group. 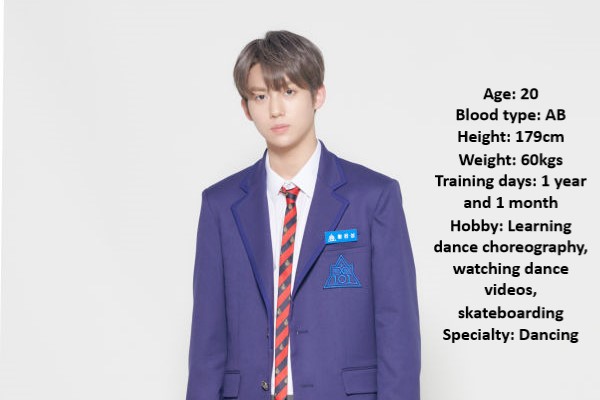 This dancing machine has shown his skills even before the show proper. He impressed Hongki and the members of IZ*ONE as he wowed them with his moves. He also proved himself a great leader as he led team “U Got It.” 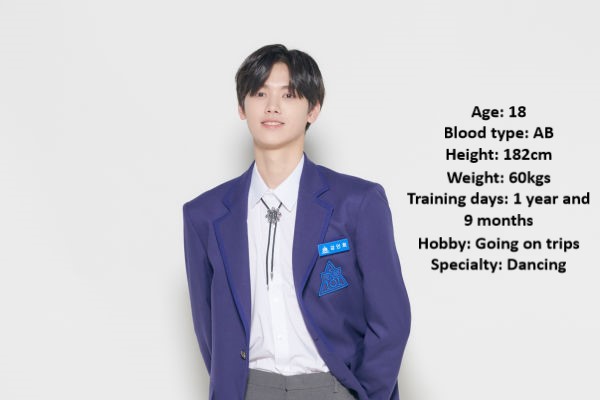 Finally given the chance to let his voice shine, Kang Min Hee made the most of the the main vocal position in Team “Pretty Girl”. He almost gave up during the third ranking announcement, when Lee Dong Wook called his co-Starship trainee Koo Jung Mo. But his bright smile and talent finally caught the National Producers’ attention, hence, securing a spot in the final 20. 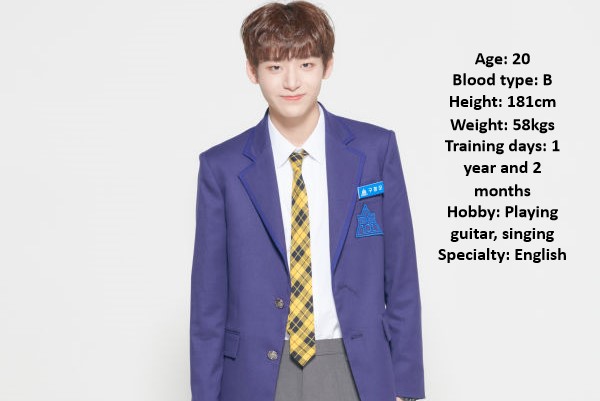 One of the early favorites, Jung Mo had never dropped out of the top 10, except for the third elimination. Regardless, this trainee who has an outstanding visual as well, proved he is not afraid to challenge himself. He was one of the brave ones who chose the X position during the Position Evaluation and did well. 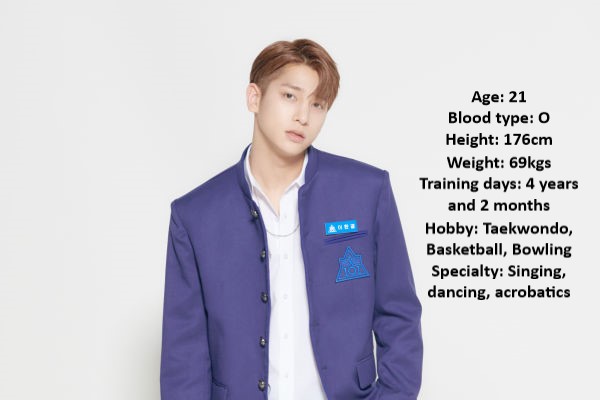 Fans have been talking about how he’s like a father to Nam Do Hyon. There were several occasions when he is seen wearing a proud smile dedicated to the adorable trainee. Apart from his talents, his avuncular aura and manly personality make him standout amongst the cute trainees, which needless to say are quite abundant this season. 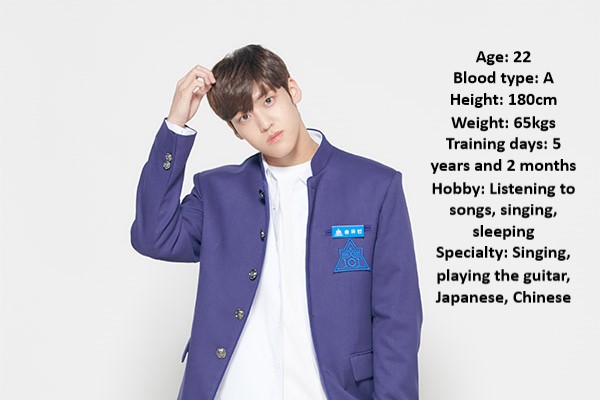 A Superstar K6 alum, Song Yu Vin is not shy to show everyone the reason he was one of the popular contestants of the show. His vocals have captured the National Producers and his playful personality has also endeared him to his co-trainees. Kim Kook Heon (bless him) was right to be proud of his friend, seeing that Yu Vin can definitely deliver. 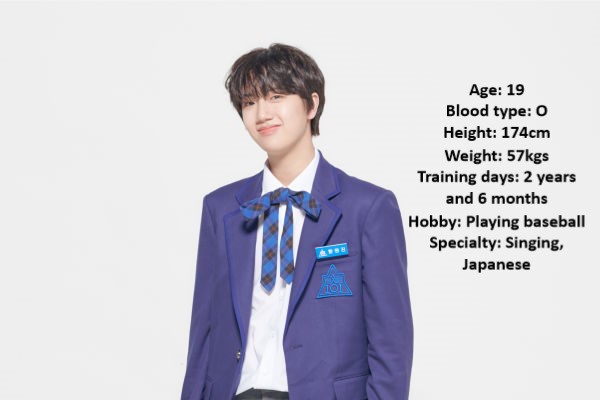 This 19-year-old showed so much maturity in the show, especially during Position Evaluation. He handled the tension and dispute in a manner that was beyond his years. Airing out his grievances in a polite way, made his team realized that his ideas have some merit. As a result, their collaborative effort was praised by the trainers. 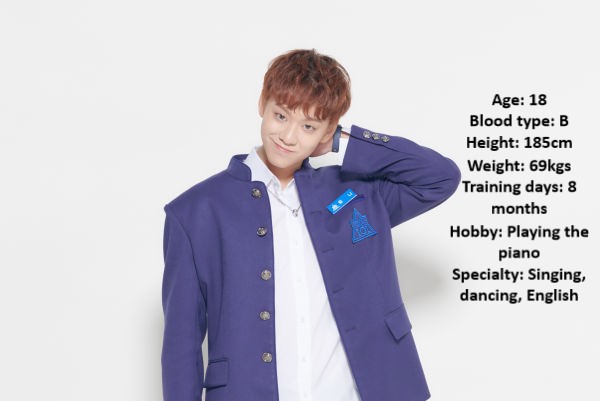 The only foreign trainee who managed to survive this season, Tony has also displayed his determination throughout the show. Living far from his family and in a foreign country is daunting for an 18-year-old, but he is showing he could, and he is determined to do so for his dream. His efforts did not go unnoticed as he become part of the Top 20 and he is now closer to achieving it. 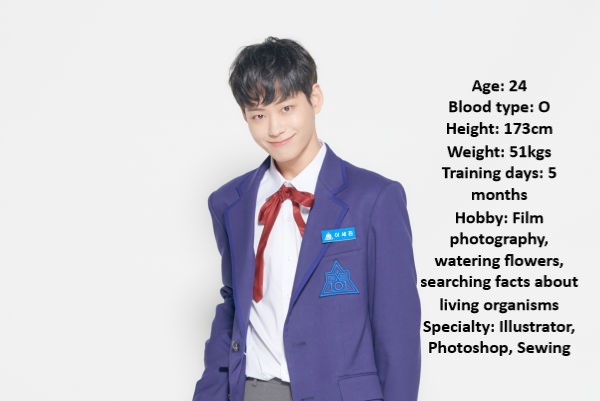 It is actually rare to see a guy admitting he specializes in sewing, but Lee Se Jin is proud of it as he should be. Ever heard of Marimong? Those cute and colorful plushie accessory sported by some of the trainees is owned and hand-made by Se Jin himself (check the Instagram account for cuteness overload). He sells them and donates the proceeds to an organization for the protection of animals. In Produce X 101 he has shown leadership skills and compassion especially that time when they welcomed Consolation evaluation winner Kim Dong Yun to their team.

Images retrieved from Mnet and full clips are available on Mnet’s YouTube channel.