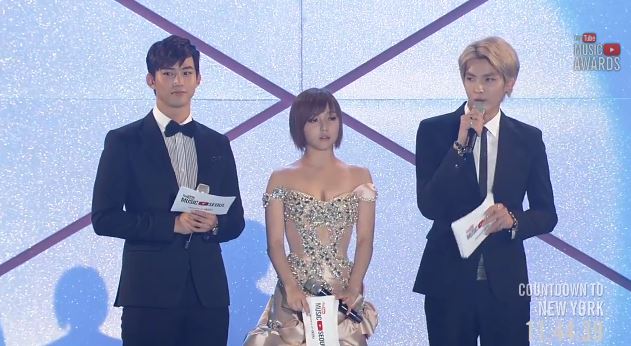 The Seoul stage was, however, dominated by girl bands with performances from missA, 4Minute and Sistar, along with YouTube sensation Jeong Seong-ha, Taiwanese superstar Show Luo and a special stage by SHINee.

The presenters were Taecyeon (2PM), Kris (EXO) and Min (missA), who conducted the event in both Korean and English. Simon and Martina of EatYourKimchi asked the stars questions by fans from over 200 countries. The live broadcast lasted 1 hour and 40 minutes.

The Seoul concert is followed up by performances from local artists in Moscow, London and Rio de Janerio.

The YouTube Music Awards will be broadcasting on November 3 from New York at 6PM EST, with performances from Lady Gaga and Eminem among others.

Psy and Girls’ Generation have been nominated for video of the year, and Psy is also a contender for the Artist of the Year title.