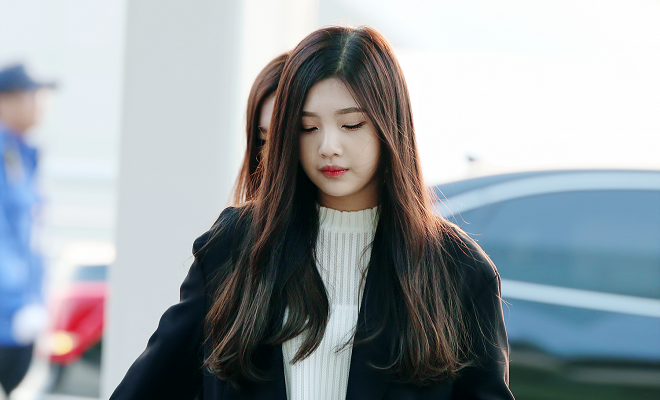 By Adrian | May 29, 2016
50
SHARES
FacebookTwitter
SubscribeGoogleWhatsappPinterestDiggRedditStumbleuponVkWeiboPocketTumblrMailMeneameOdnoklassniki

We hope she is fine, because she didn’t look so fine in that video.

Fans are worried, after a video showing Red Velvet’s Joy collapsing on stage at a university festival in Gyeonggi Province on May 26, has been uploaded online. The group was performing its debut track ‘Happiness’ when the video was recorded. 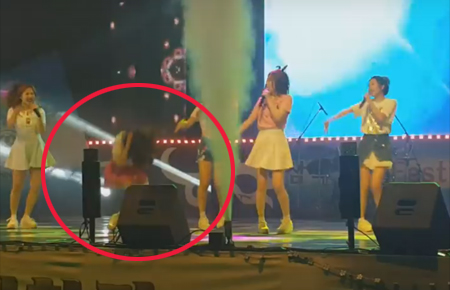 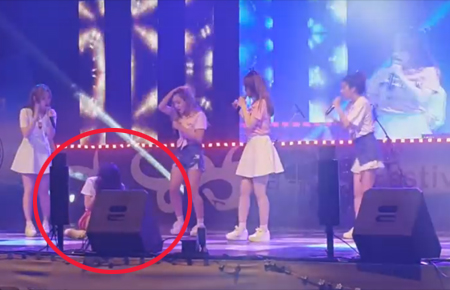 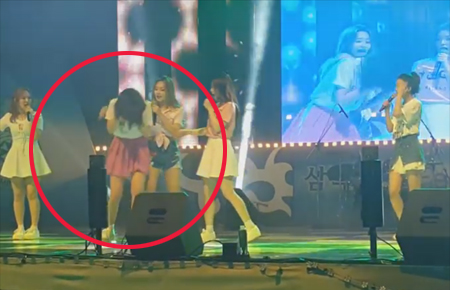 In the fancam, Joy was seen falling to the floor, while covering her ears. She did try to get back on her feet as soon as it happened, but she looked visibly unstable for a while before going back to perform with the other members.

Although this incident happened for about 15 seconds, it seemed except from the members, there wasn’t any crew who noticed or rushed to her aid.

The video has since sparked fans’ concern over for her health. An anonymous fan said, “Although it seemed that she was startled by the air cannons, which were used for stage effect, I am deeply worried about Joy’s condition. I hope the members take good care of themselves to stay healthy.”

Meanwhile, SM Entertainment has not issued any statement regarding this incident.