Review: TAEYANG’s ‘Rise’ album is polished but not memorable 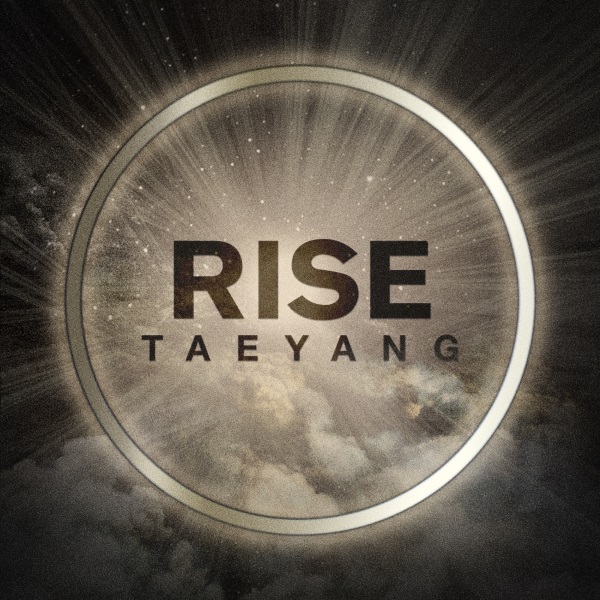 I like to talk about the glory of 2004 all the time, but 2008 was also a landmark year for K-pop. The house and electronica boom was in full swing, and the year would see the beginning of the “hook-song” era and a resurgent idol-group dominance that would dictate the next several years of the scene. Also, in May of that year, a very important work would be released – Hot, Taeyang‘s debut EP.

Travel with me, if you will, to that time. Hot was a revelation. It was a seminal compilation of YG Entertainment‘s accumulated know-how in R&B pop, an album with remarkable consistency and unique character. It being named Best R&B/Soul Album at the 2009 Korean Music Awards was a triumphant confirmation that idol artists could compete with anybody in pure quality, at a time when the essence and perception of idol music was still largely unchanged from the late 90s.

Unfortunately, Taeyang and YG have never been able to reproduce that achievement. Solar (2010) was relatively less ambitious and lacking the intrepid energy of Hot, and we didn’t hear a solo from Sol until last year’s pre-release single. So it was mostly a single body of work – the unassuming EP of six summers ago – that allowed us to hold our breaths and expect something spectacular to happen in Rise, Taeyang’s sophomore full-length album.

The short version of the story is that that doesn’t happen. Rise isn’t that kind of album. It goes in a different direction than Hot, in a way that is still significant: instead of extending his stylistic reach or bringing out the flashy and technical goods, Taeyang chooses to test how far he can carry an album by the virtue of his artistry alone.

In attempting this, austerity is Taeyang’s friend. Gone are the visceral atmospheres of “죄인 (Sinner)” and “Make Love”, as well as the frankly overcooked instrumental barrages from the “Where U At” and “Wedding Dress” days. Covered-to-death lead single “Eyes, Nose, Lips” is an exercise in minimalism: a piano, guitar and unobtrusive drum line are all that accompany Taeyang’s soliloquy for most of the song. Throughout the rest of the album, the producers eschew excessive synthetic textures and opt instead for acoustics and analogs where possible. The result is a very lean and balanced experience, exemplified by moments like “Stay With Me”‘s hearty chorus and “Body”‘s funk-laden buildup. The synths are still there – but they’re lean and mean, and I’ll take this smart sound design any day of the week.

All this downsizing and trimming puts Taeyang where he wants to be – the driver’s seat. Not only was he intimately involved with the composition and writing processes of his album, but the vocal performance in this album is easily its greatest asset; compared to four or six years ago, Taeyang has matured immensely as an emotive vocalist. He plays the penitent man perfectly in “Eyes, Nose, Lips”, crooning wistfully at his lover’s features and voicing the what-ifs of the past relationship. From the soft brooding and explosive outburst of “이게 아닌데” (“This Ain’t It”) to the edgy, youthful conviction of “Love You To Death”, Taeyang’s performances are consistently convincing.

The one track where he doesn’t have to try to convince anyone is “Ringa Linga”. The pre-release single is an old-fashioned swagger anthem, and Taeyang puts together a vocal track mixing attitude and groove. Coupled with lyrics that betray G-Dragon‘s involvement from the first stanza (“Raise your hands like the Liberation’s here” // Jump like you’re about to break your ankles”) and an insane beat by Shockbit, it’s an instant centerpiece of Rise.

At the same time, “Ringa Linga” serves as a reminder of what this album still lacks. In the pursuit of deepened artistry, Rise loses the simple things: engaging melodies and absorbing arrangement that characterize the best of R&B pop. That’s in spite of all the good things done here – the instrumentation, the performance, the artistic significance. Apart from the swag track and the sublimely delicious “Love You To Death”, there are no other killer tracks here to match the effectiveness of Hot. And so, quite unfortunately, here is an album that is undeniably polished but not particularly moving nor enjoyable nor memorable in the simplest sense.

The tradeoff is not inevitable, of course – in this game, you can have your cake and eat it too. Taeyang is in an uncommon position, with both the talent and support to make incredible progress for the scene by himself. This messianic mantle isn’t his obligation, but it’s there for the taking. I don’t discount the developments apparent in Rise. If Taeyang can recapture the magic of his solo debut with this new artistic maturity, the sky – rather, the sun? – is the limit.