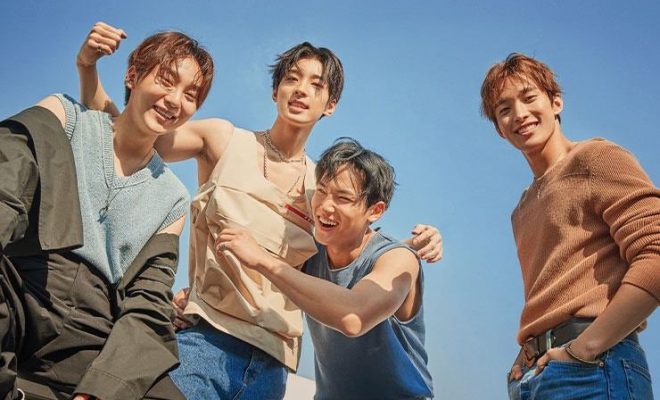 In preparation for SEVENTEEN’s 5th Anniversary on May 26, members of the team appeared in a pictorial for Cosmopolitan Korea’s May 2020 issue. 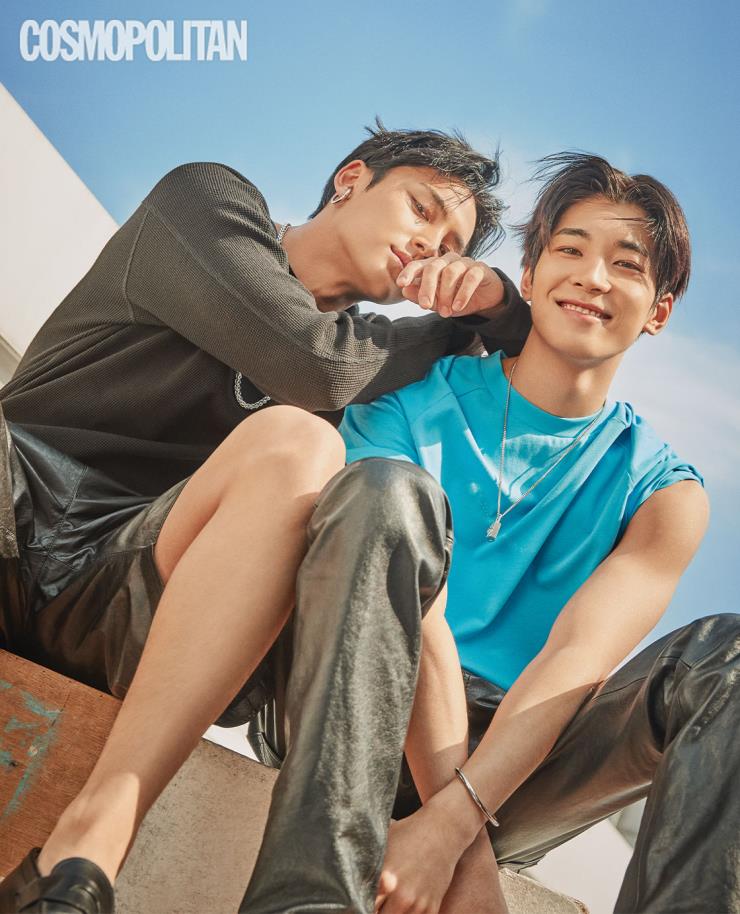 As SEVENTEEN’s much-anticipated 5th Anniversary gets nearer, the group conducted in-depth conversation with Cosmopolitan Korea. The members express and share their thoughts regarding their debut way back 2015.

In the photo shoot, the members channel casual and chic outfits that showcase their diversity as a group. Wrapped with understated style and composure, the members definitely draws the attention of fans in a fine-drawn daring photo shoot.

During the interview, Wonwoo revealed that they won’t lose their high-spirit in performing. They are determined to work even harder because of the wins they have so far. He is indeed grateful to fans which they endearingly called CARATS.

When asked about who changed since their debut, Wonwoo answered he seemed to have matured. As a result, he has transformed to a free-spirited personality and sense of responsibility.

Meanwhile, Mingyu thinks that among the members, he changed the most. “When I think about myself a week ago, I don’t see any difference. But when I look back about 5 years ago, I think I’m a silly kid. I think I’ve changed a lot while seeing and experiencing a lot of things,” Mingyu admitted. 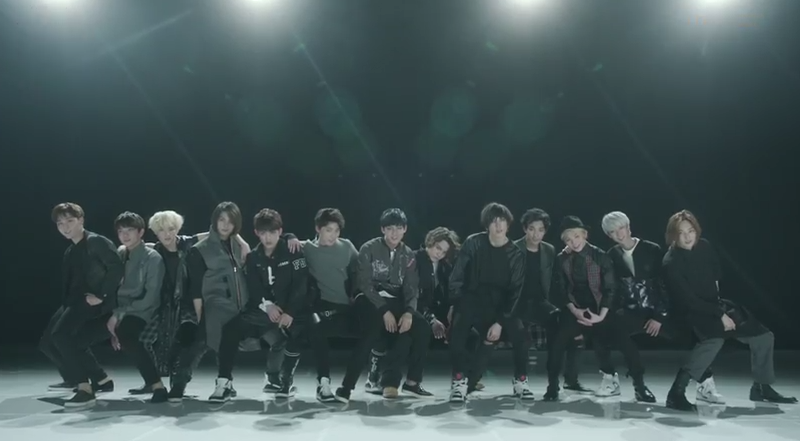 12 Years of Being Together

The 13 members of SEVENTEEN have been together for over 12 years since they were trainees.

Mingyu says he lived with the members since he was 14 and right now he is already 24 years old. They see each other a lot more than his parents, that’s why he feels like the members are his real brothers.

DK then revealed that he does not have plenty of memories of his school days because he did not spend a lot of time with his friends while attending school. But since he has a lot of memories with the members, the feeling of being a family is present. 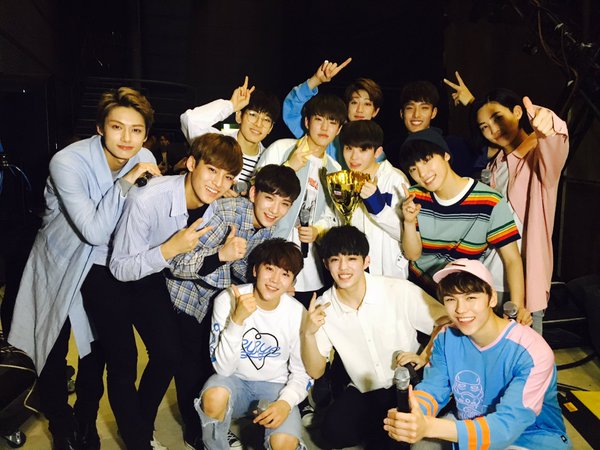 On June 15 last year, DK made his acting debut as the lead role King Arthur of the musical Xcalibur. He confesses despite being afraid, he is proud that he finished it off successfully.

The people he worked with are very fun people to work with. If given another chance to grow further, he claimed that he will do his best in any work that will land.

Seungkwan comments he wasn’t worried about DK’s skills, instead, he was worried about his shyness. But as soon as he saw how DK is doing so well on stage, he felt absolutely proud and started to cry. 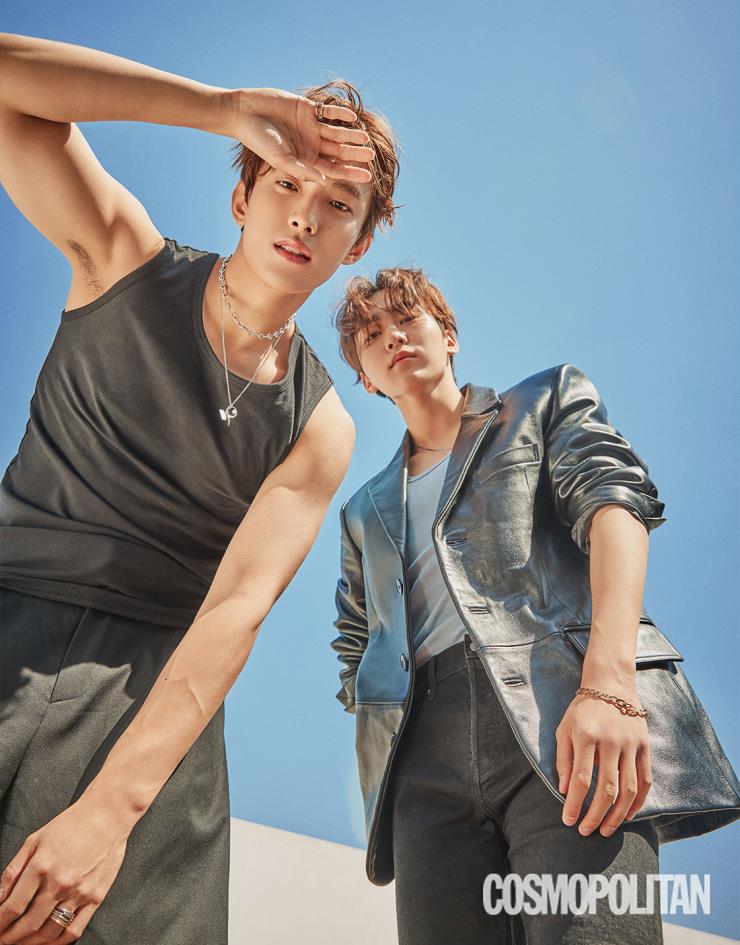 SEVENTEEN AS ARTISTIC KINGS OF SELF-PRODUCING

The interviewer asked what are the areas of expertise the group like to expand more than now. In response, Seungkwan states that Mingyu and Wonwoo are interested in videos.

He also revealed his co-member The8’s interest in high fashion. In addition, performance team’s leader Hoshi is doing well and continues to improve his expertise in dancing.

In his case, Seungkwan identifies how he is very sensitive to content. From time to time, he gives ideas to the company’s content team on how to make video contents more fun. He is also happy to hear that their contents are fun these days.

Meanwhile, Wonwoo reveals how he and the company’s staff exchange information and ideas for creating SEVENTEEN-related contents.

According to Mingyu, the members deliberately plan every meeting as a whole. They often schedule a one-day meeting. Because of thirteen people talking and sharing ideas, the meeting duration gets longer and roughly lasts for one whole day.

MESSAGE TO THEIR FORMER SELVES AFTER DEBUT

“I want to tell Wonwoo and the other members not to be too scared. I was scared when I tried new music and went on variety shows, but as I got older, I became more natural and better.” – Wonwoo

“I don’t want to say anything. I think it was a helpful experience, although there were some difficulties and happy moments. I’m sure it’ll be as good as it is now even without telling us anything back then. Rather than saying “do something,” if you feel that hard things are hard and happy things are happy, I think the results like now will remain the same.” – Mingyu

“It wasn’t so painful that I didn’t want to go back. I still remember the fond memories from time to time. I think it was cute and passionate.” – Seungkwan 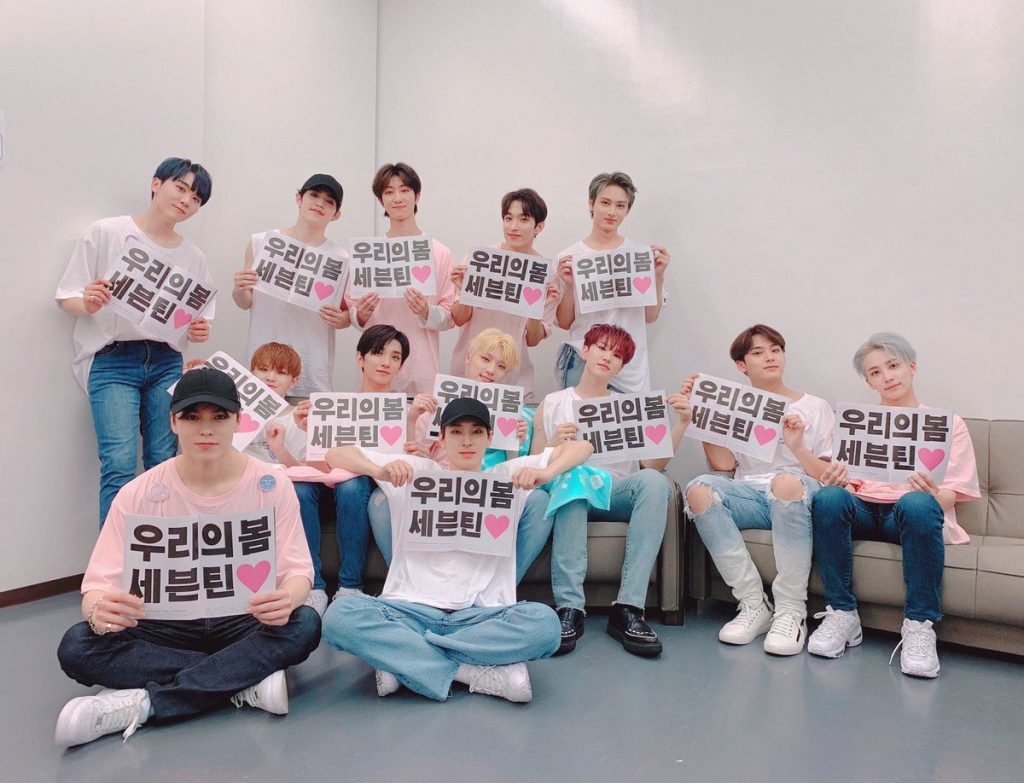 EXPECTATIONS OF FANS FROM A FIVE-YEAR IDOL GROUP SEVENTEEN

Seungkwan revealed SEVENTEEN as a cool, friendly and energetic group. He hope to achieve the expectations of fans when it comes to their music and performance.

“For those who know us and listen to our music, I hope SEVENTEEN will remain as a good memory. When I think of our performance, I feel so happy. I hope they gain strength from listening to our songs,” Mingyu imparted.

The full interview with SEVENTEEN will be up on May 2020 Issue of Cosmopolitan magazine.