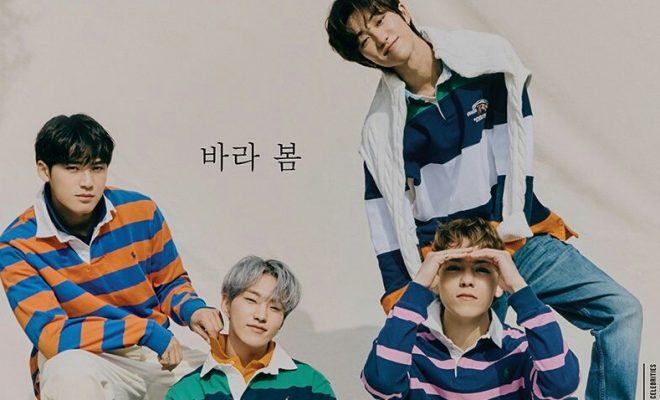 Meet the sweetest and freshest flower boys for this spring season: the ever-blooming Hoshi, Mingyu, The8, and Vernon of SEVENTEEN!

Hit K-Pop group SEVENTEEN was represented by some of its charming members— Hoshi, Mingyu, The8, and Vernon— on the refreshing and heart-fluttering pictorial for fashion magazine High Cut’s April 2020 issue! 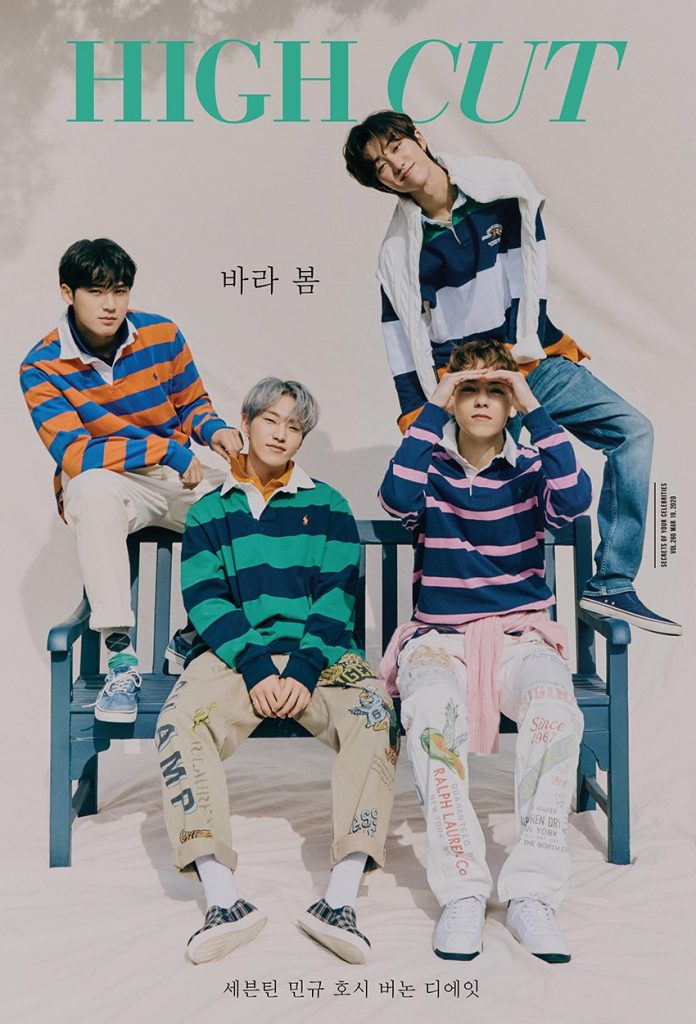 Delivering the warm atmosphere of the spring season with their comfortable and stylish casual looks, the four boys basked under the sun to create a refreshing image brimming with charm and youth.

Just like when they are on stage, the members displayed perfect teamwork for their group snapshots which showed concepts of leaning against each other and playing around. They also completed individual cuts where their respective charms are highlighted, together with striking poses which matched some props like skateboards and tennis rackets that they used.

It is also shared that the members carefully monitored each other’s shooting and shared opinions on their costumes, bringing on a warm atmosphere on the filming set. 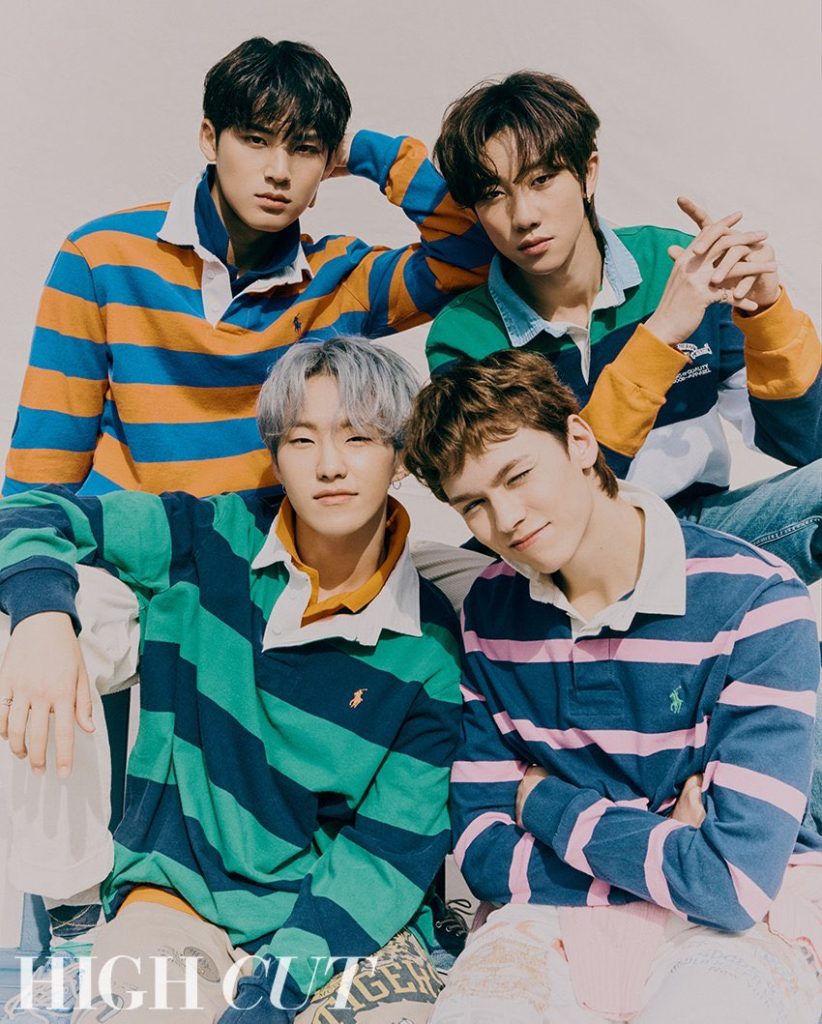 In the interview that followed, SEVENTEEN also talked about their recent world tour ODE TO YOU.

“Because we got to meet even more fans through this tour, I definitely feel like I have to work even harder to repay them through great songs and performances,” The8 shared.

“The tour was helpful in many ways, with all the members changing their moods and feeling a lot of things,” he added as well. 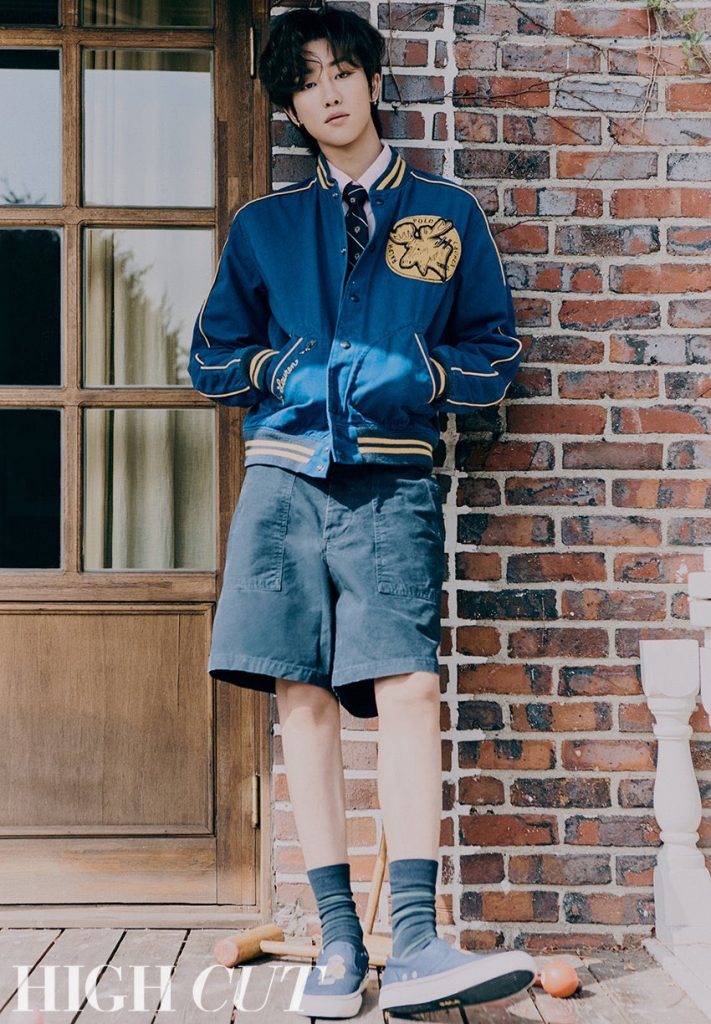 The boys also talked about their appreciation for each of the members. Divulging the secret to their astonishing chemistry as a group, the four SEVENTEEN members answered “luck” in unison to explain how the thirteen members have so far been able to blend in.

“If we had met those with energies that don’t fit well with each other, we wouldn’t have been able to make it work even if we tried hard. I think that the thirteen of us really go well together. Of course, it’s also because we’ve had time to spend together, but us getting to adjust well to each other over time is because we’ve been lucky to meet good people like each other,” Mingyu said. 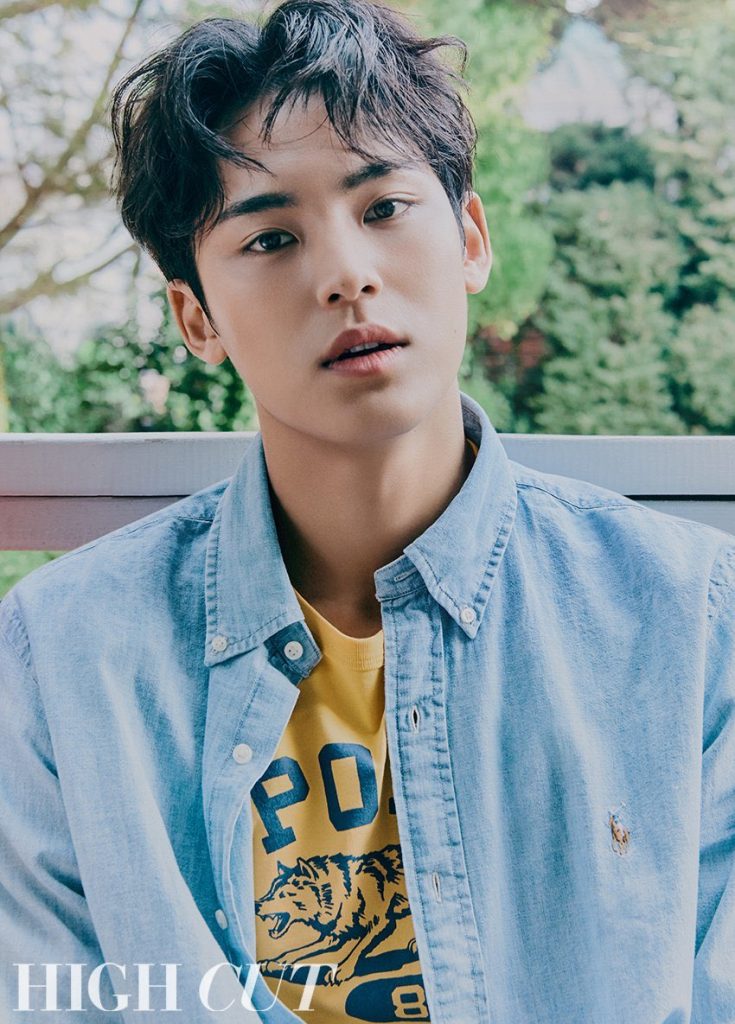 Vernon also added, “The fact that we share a sense of belonging with each other gives us lots of strength.” 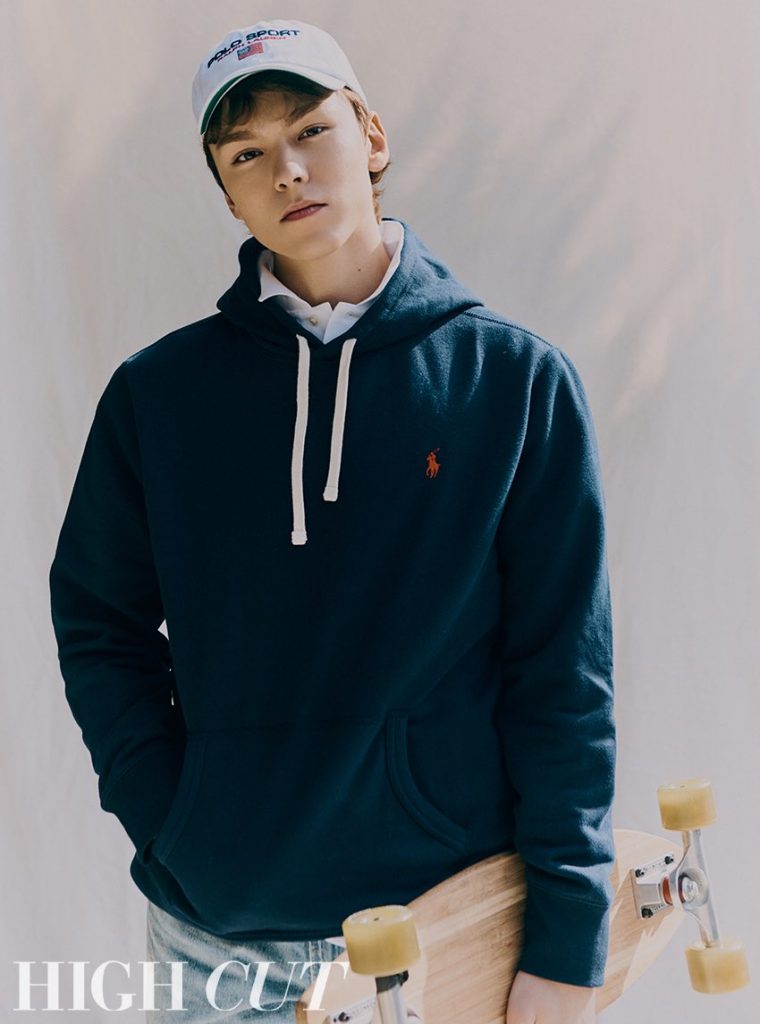 When asked what the group will probably look like in the next five years, Hoshi said, “I want to age coolly. I think SEVENTEEN and I are people who, naturally, look really good in suits as we get older. As time goes by, we get better and cooler.”

“I don’t think our energy will change either. I think we’ll still be the same,” the performance unit’s leader added. 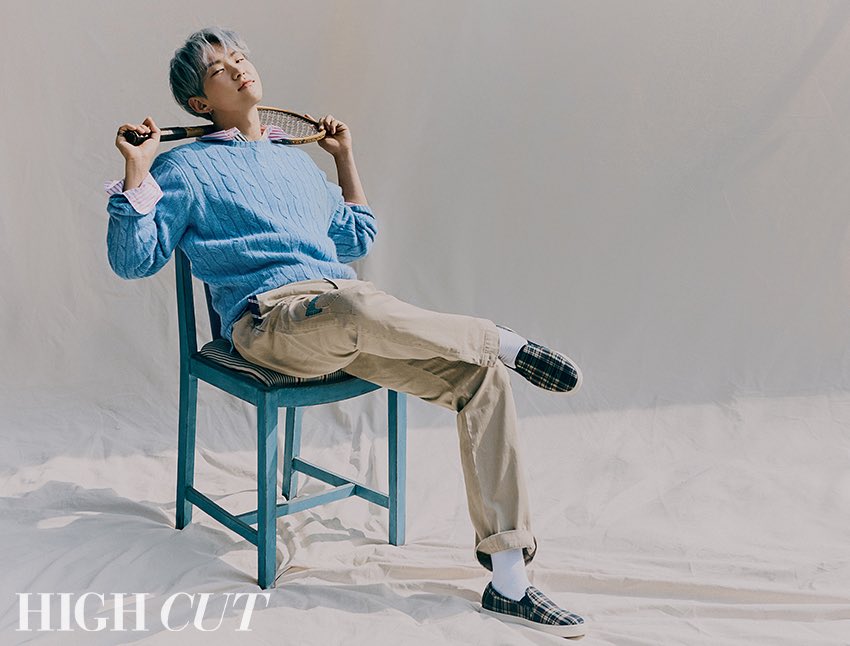 More of the four SEVENTEEN members’ photos, together with their interview, can be found in High Cut magazine’s April 2020 issue.