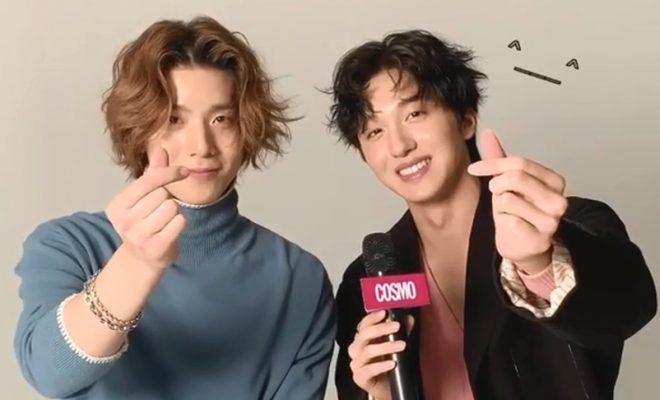 This interview with SF9’s Hwiyoung and Chani for Cosmopolitan seemed more like an enjoyable banter – and we love it a lot!

SF9’s Hwiyoung and Chani spiced up their interview with Cosmopolitan Korea, which came along with their photoshoot for the magazine’s December 2019 issue, through their adorable answers and playful banters! 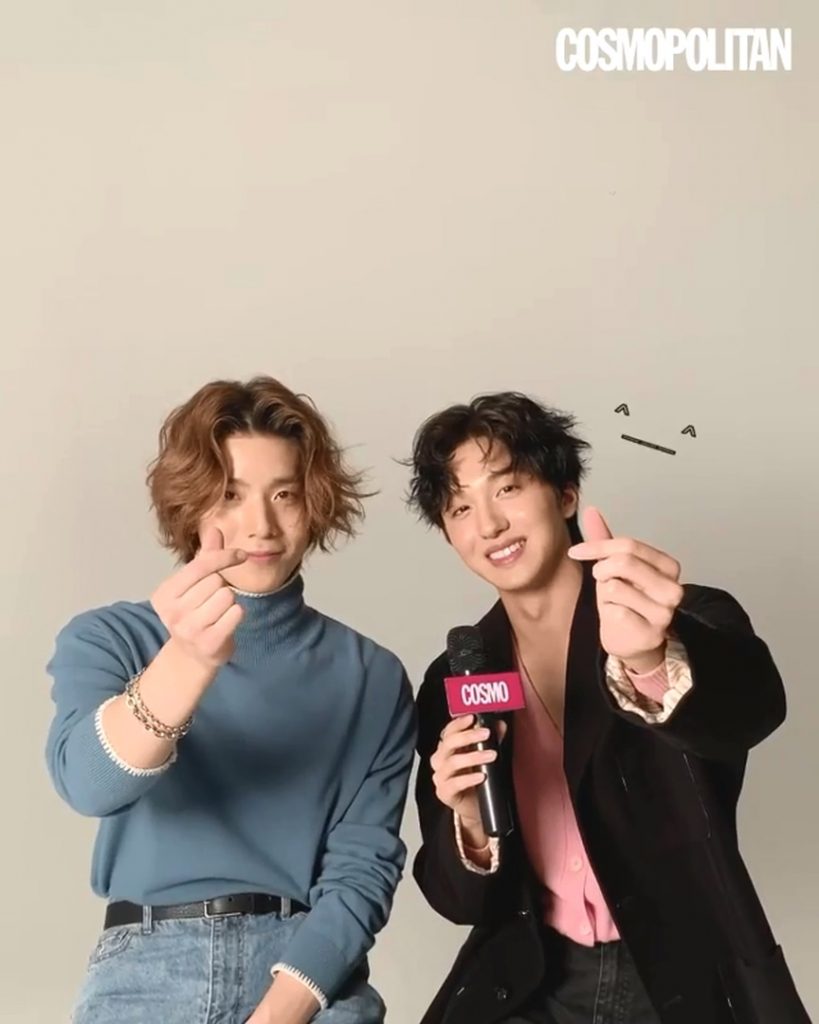 All throughout the interview, the two tried to point each other out as the guilty person behind the question, with Hwiyoung answering “I didn’t want to pick myself” a number of times, beginning with the first query they received – which is to reveal who has the appetite of an elementary kid – aka who is the picky eater among them.

“Hwiyoung has a lot of food he can’t eat. First of all, he doesn’t eat any seafood, and he doesn’t eat mushrooms too. He is a picky eater,” Chani said, to which the young rapper eventually agreed to.

When asked who is the heavy drinker between them, Hwiyoung and Chani adorably tried to pin the title on each other. “We are pretty similar on this…” Hwiyoung finally shared. “Yeah, around two bottles of soju?” Chani added.

Picking each other out once again when asked who has more aegyo, the rapper said to Chani, “But honestly, you show more aegyo.” To this, the younger idol-actor asked, “When did I ever do aegyo to you?” which Hwiyoung answered with “Whenever he needs something.”

“It’s his social life skill,” the rapper added amidst his younger groupmate’s protests, proving his point by copying a move that Chani usually does. 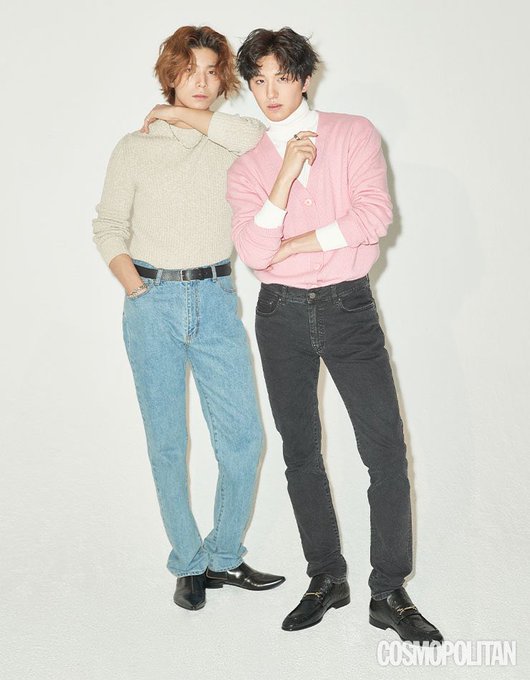 As for working out, the two considered dancing as a routine while trying to figure out who actually exercises more. “Chani does dance better than I do, but for regular workouts, I think I do more,” Hwiyoung said.

When asked who talks to the other more, the two battled it out by answering their own selves. “You pick yourself only on the good question!” Chani complained, adding his revelation that Hwiyoung gets upset easily. The rapper then responded by saying that the idol-actor doesn’t respond back, which makes him become the one who tries to initiate their conversations.

As for the next question on who requires more care, they quickly agreed on one answer – Hwiyoung. “For things that I am not good at, I end up being really bad at them so I need help on those. However, in everyday life, it’s a miracle to see Chani moving around,” he said.

“But it’s not like I need to get help – I can do things on my own,” Chani defended, and Hwiyoung even added that he doesn’t wake Chani up – which answers the next question of who is lazier in the morning.

“He cannot function in the morning,” Hwiyoung said about the group’s maknae. “There’s no such thing as “morning” for me,” Chani agreed. Afterwards, the two argued about the answer to “Who pays more?” and also collectively agreed that Hwiyoung usually gets the last piece of food when they eat. “We both like to eat a full meal. We eat until our stomachs feel like exploding,” the rapper also noted.

A post shared by COSMOPOLITAN KOREA 코스모폴리탄 (@cosmopolitankorea) on Nov 7, 2019 at 6:10pm PST

For the next question, the two managed to talk about their great dynamics – as they revealed who arrives at solutions faster, especially in activities like Room Escape. “I’m a person who finds hints really fast, and he’s the one who solves it,” Hwiyoung said. “We both have our strengths and weaknesses – things we are good at. I sometimes can’t understand the question, but he would understand it,” Chani confessed.

The two also agreed that Chani is better when it comes to playing games – and then came to banter again about who looks older than his age. “I look exactly like my own age… maybe like, 18 or 19? But for him, he is 21 but he looks… 26, 27?” Chani said.

“I also don’t see myself looking like my actual age. But Chani doesn’t either – when you look at him, he obviously doesn’t look like his own age,” Hwiyoung counter-argued.

Afterwards, the two talked about who searches their names online more. “We both don’t really search our names too often. For me though, whenever I do something, I search up to get feedback and I look at those. For Chani, when he is filming something, he looks at people’s reaction,” the rapper, who was also unanimously picked afterwards as the one who stays more at the practice room between the two of them, shared.

“Honestly, we don’t send Kakao Talk messages to each other often,” Hwiyoung confessed when asked about who uses emojis more, and added that they don’t video call each other either. “We’d rather not see each other’s face because we have to see each other every day anyway,” the rapper joked.

They also picked Chani as the one who takes better photos, while Hwiyoung is the one who does things more unexpectedly. “He likes to try new things so he would randomly go out to do something. He is a free man,” Chani said about his groupmate.

Watch the full interview with SF9’s Hwiyoung and Chani by Cosmopolitan Korea below:

We need your support! If you have enjoyed our work, consider to support us with a one-time or recurring donation from as low as $5 to keep our site going! Donate securely below via Stripe, Paypal, Apple Pay or Google Wallet.
FacebookTwitter
SubscribeGoogleWhatsappPinterestDiggRedditStumbleuponVkWeiboPocketTumblrMailMeneameOdnoklassniki
Related ItemsChaniCosmopolitan KoreaHwiyoungSF9
← Previous Story Brand New Music Artists Team Up For Special Holiday Project Album “Do That BrandNew Thing”
Next Story → MONSTA X To End The Year With Much-Awaited “Magnetic” Collaboration With Sebastian Yatra