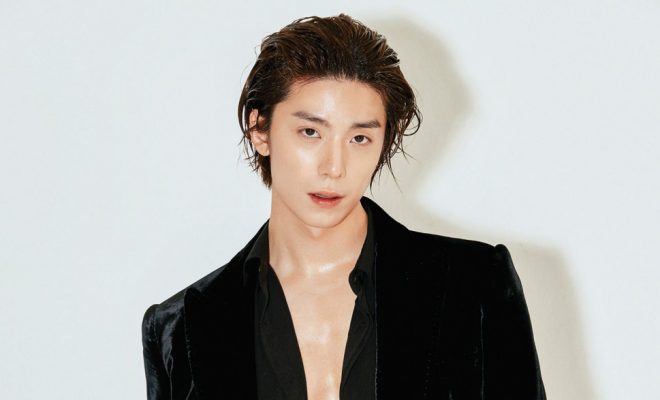 SF9’s Hwiyoung seems mature for his age – both through the aura he gives and the wise thoughts that he has.

Despite being the second youngest in his group, SF9’s Hwiyoung left everyone mesmerized with his amazing sense of maturity in the November 2019 issue of GQ Korea! 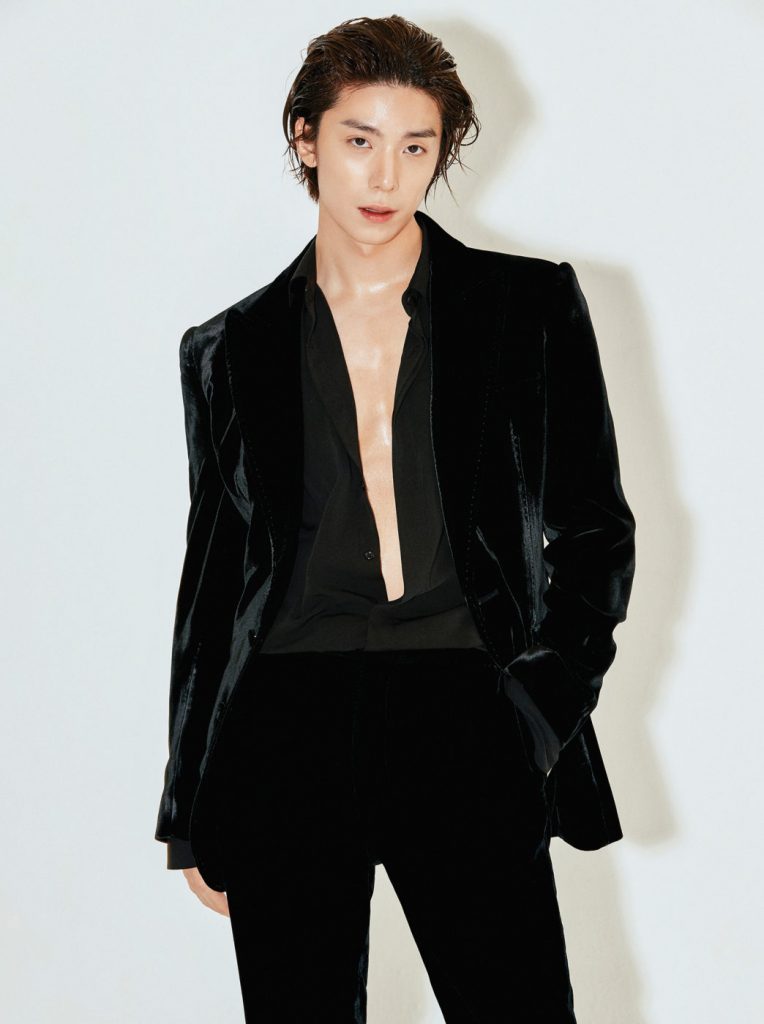 Making hearts beat fast, the rapper-vocalist showed his sensitive side as he featured in GQ Korea’s photoshoot series with the Fabulous Four – aka male idols MONSTA X’s Hyungwon, PENTAGON’s Wooseok, SF9’s Hwiyoung, and The Boyz’s Younghoon who are all known for their outstanding visuals as well.

The SF9 member is among the chosen few who can actually look good in long hair – which is something that GQ Korea did not fail to note at the interview’s beginning. “I actually like movies like A Better Tomorrow and Infernal Affairs. It showed a wonderful atmosphere that people have in those days. I’m trying to find something like that,” he said after getting told that his look seems to give off the same mood from a Hong Kong movie in the ’90s.

In addition to that, GQ Korea pointed out how the idol seemed to have a sense of maturity in his looks – like he wasn’t a twenty-one year old. “Isn’t that just because I look old?” Hwiyoung jokingly quipped in return.

After GQ Korea clarified that he gave the vibe of someone who can think independently for himself, the young idol shared, “Different people have different views. No matter what I say, people will take it in their own perspective, so I just tell them what I want to say. I don’t want to only give answers in the way that other people expect from me. It’s not that I really want to overcome expectations like, “I think he’s this kind of person” – it’s just that I also don’t want to try to live up to that. Of course, there should be some compromise, but I think it’s because I’m still young that’s why I think this way.”

His maturity also showed in his unexpected reply when asked to name where he would want to go on his own.

“I want to go to heaven. If there’s a heaven, then there’s probably a hell, but since there’s no one to tell me about that, I want to find out about it,” he said.

As for how he views himself, Hwiyoung said he is “a weak person. I want to become someone who doesn’t waver.” In terms of being part of SF9, the idol said he sees himself in his team as “someone who does the type of music that they want to. Everyone in my team is unique though, so I’m the average one.” 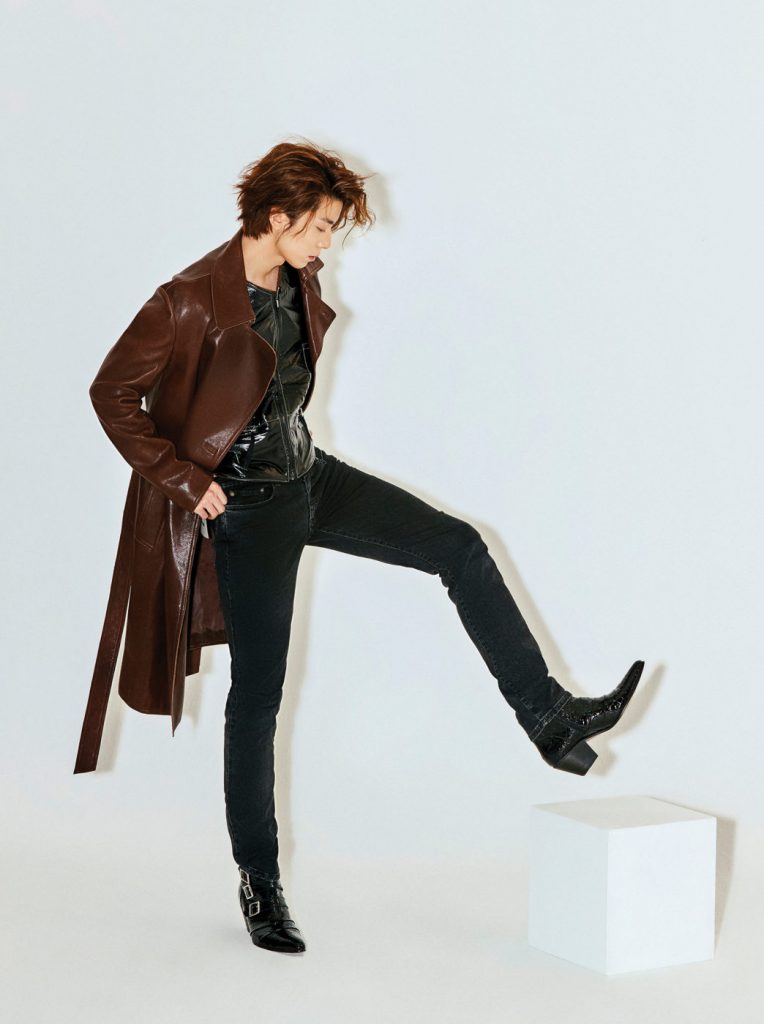 His appearance on the second season of High School Rapper was also brought up, and he laughingly says to leave it in the past.

“I’m not the type of person that’s good at dissing other people or bragging about my own ambitions. The stuff that I’m comfortable talking about is: I was hurt because of this, I was lonely, I felt hatred. I can only write about that, so that’s what I’m always writing about. My homework right now is to make other people feel like they can relate to my story,” he shared.

Asked about what type of movies he liked, Hwiyoung revealed with a laugh, “I love romance, because we need love.” “I like stories that make my heart warm, especially youth movies like Ten Things I Hate About You starring Heath Ledger. I like that it doesn’t make sense and I hope it’s just that beautiful – my life or love,” the rapper said, adding that he is a person with strong compassion.

Hwiyoung also shared what his goal is as an artist. “I want to be an artist whose music is their essence. Also, I believe that music which goes beyond its genre, doesn’t hide at any aspects, and is dynamic is amazing. I want to stand on stage a lot and leave my mark at every moment possible even if I’m still lacking,” he said.

He also talked about having ideals and noted that he is the type of person who aims high. “If [your ideals are] low, you stop when you’re already satisfied,” he shared. 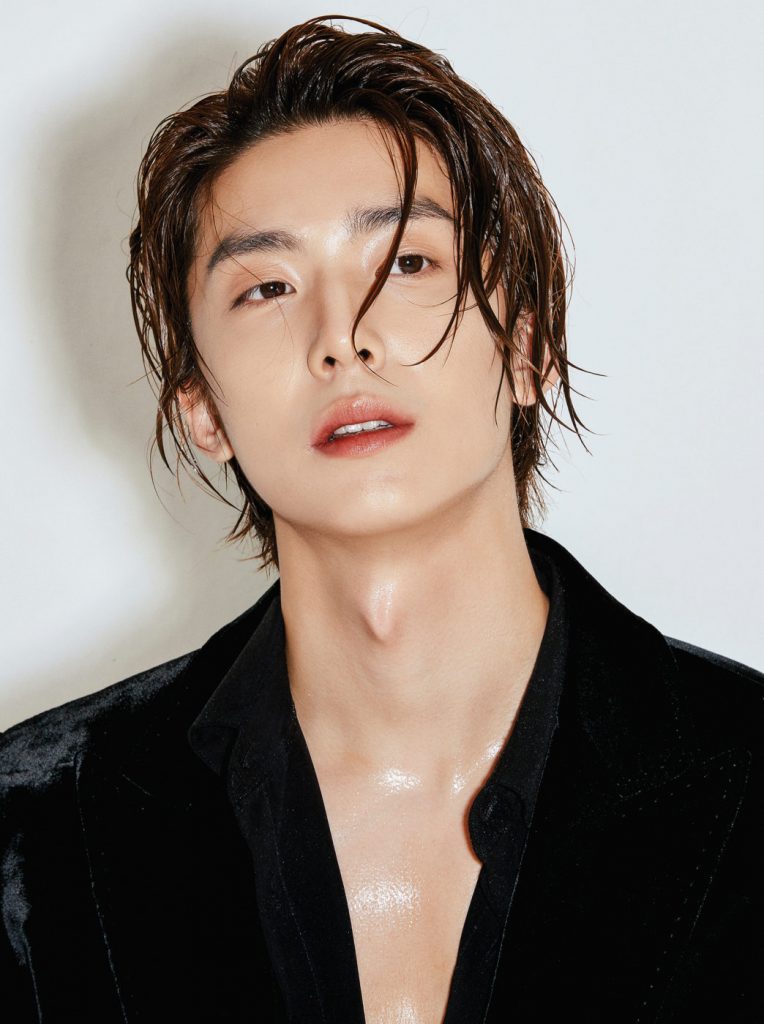 Delving into the topic of individual activities, Hwiyoung honestly expressed his desire to put out a solo album. “Instead of “someday”, I want to do it as quickly as possible, but it’s not easy. There are a lot of people in the world, and it only takes a moment for someone like me to be forgotten. This is a generation in which something new comes out every day, so maybe it will be okay if I release something when I want to release it. I can be happy if it does well and sad if it doesn’t. I am also uploading self-produced songs to SoundCloud,” he shared, also noting what seems to be stopping him.

The young idol also revealed his thoughts about being on his own. “Actually, I try to not be alone if I can. If I’m alone, I tend to think a lot,” he confessed.

“I have fun when I’m with people, but when I go back home and start thinking, there are times where I wonder whether or not I genuinely had fun – like, did I laugh because I was having fun, or did I laugh because everybody else was laughing? I feel that way when I’m alone too. When I think back on it before sleeping, I wonder if the things I thought were fun then were actually fun or not,” Hwiyoung also said.

“I think I make myself feel lonely, it’s a bit of stupid,” he brushed off – but far from his last sentence, Hwiyoung seems to be among the idols who are the most in touch with their thoughts and experiences, proving that he is, indeed, wise beyond his age in the most beautiful way possible.