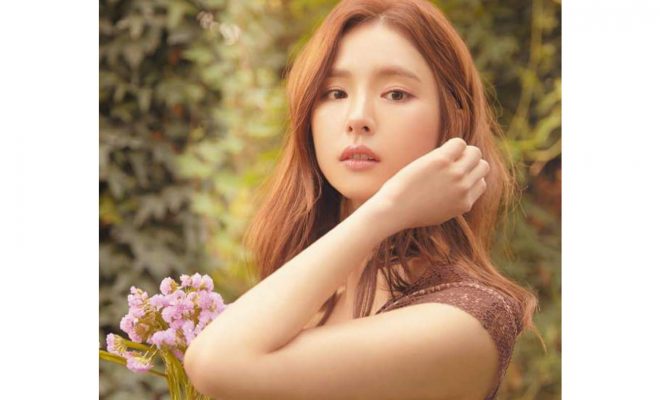 Shin Se Kyung showed her bright side in a recent photo shoot with Grazia.

The actress gained attention in the dreamlike photo shoot for the magazine. Adorned with flowers, Shin effortlessly modeled clothing made out of sustainable materials such as recycled polyester and organic cotton. These are all part of global fashion brand H&M’s Conscious Collection, which were launched for Spring 2019. 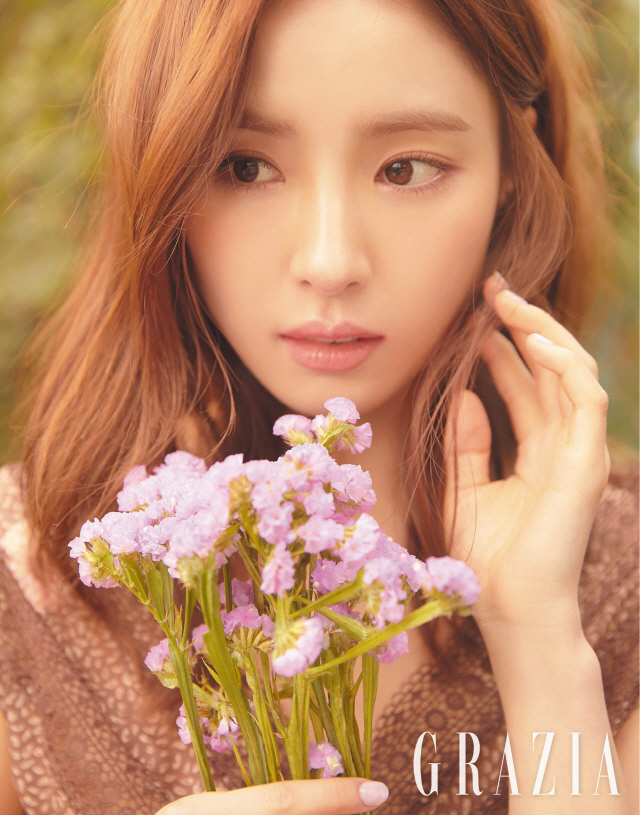 Her distinctive femininity and loveliness made Shin the perfect model for this shoot. Her face seemingly bare of make-up invites attention as she wore floral skirts and off-shoulder tops in some photos. In others, a ruffled and loose mini dress gave Shin a romantic and laid-back vibe.
Despite the chilly weather during the shoot, Shin was professional and didn’t appear to be bothered by the cold. The actress emanated positive vibes as she seemed to take a leisurely stroll in the forest.

Shin mentioned in her interview that she felt alive when she is in the presence of trees and flowers. She is aware of the various environmental issues and does her part to help solve them. She feels the burden of reducing plastic usage since it’s not easy to remove it 100%.

In addition, the actress touched upon her new YouTube channel. She explained that she enjoys coming up with various concepts for her vlog content. The actress wanted to show her fans her natural and relaxed side. She gives sneak peeks of her every day life on the vlog. Also, Shin learned that creating content is very tedious, but everything in it is vital to the video. The music, the images, and even the font used all have to create a positive synergy. She said that she has a lot to learn as she is doing everything for the first time.

When asked about her commitment to sustainability, Shin explains that her attitude in buying has changed. She no longer buys in bulk but tries not to buy a lot at once. As much as possible, she wants to use up everything in her refrigerator so as not to have much waste.

And finally, the actress talked about her newest MBC drama, Rookie Historian Goo Hae Ryung. This will be a drama where she will team up with Astro heartthrob Cha Eun Woo. Shin portrays the female historian Goo Hae Ryung, who faces gender discrimination in her job. She gets involved with Cha’s character, Prince Lee Rim. The drama premieres in July 2019.

More of Shin’s interview and pictorial in the April issue of Grazia.

Hellokpop, as an independent Korean entertainment news website (without influence from any agency or corporation), we need your support! If you have enjoyed our work, consider to support us with a one-time or recurring donation from as low as US$5 to keep our site going! Donate securely below via Stripe, Paypal, Apple Pay or Google Wallet.
FacebookTwitter
SubscribeGoogleWhatsappPinterestDiggRedditStumbleuponVkWeiboPocketTumblrMailMeneameOdnoklassniki
Related ItemsRookie Historian Goo Hae RyungShin Se Kyung
← Previous Story IU Challenges Four Roles In Netflix Original “Persona”
Next Story → Kim Jae Joong Intensifies Star Status In Japan With Latest Album