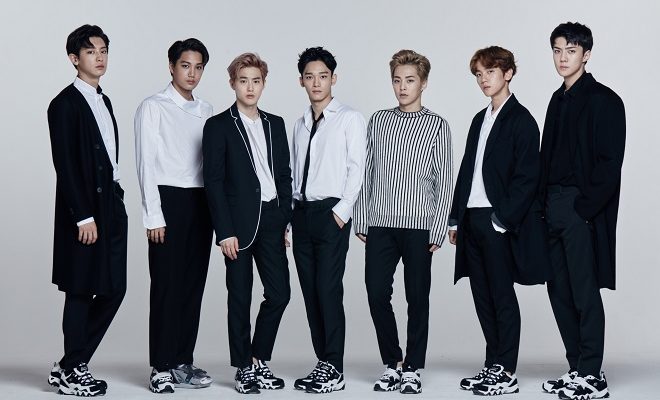 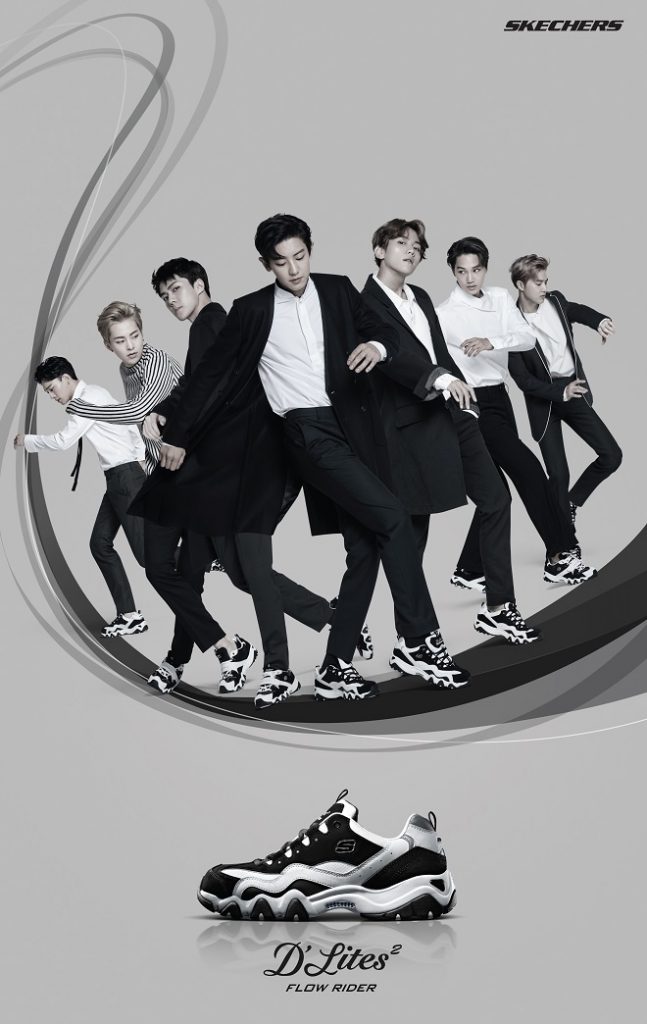 EXO boys are now the proud ambassadors of the newly launched Skechers D’Lites 2!

Introduced in Asia before the rest of the world, the highly sought-after series of Skechers shoes have already been making waves in countries, including China and South Korea. Long queues were formed by those who were eager to lay their hands on the swanky kicks.

D’Lites 2 offers nine models that feature an air-cooled memory foam cushioned insole for ultimate comfort and retro-inspired designs, which have become a hot favorite in the Korean fashion community.

Before they get swept off the shelves (again), here are 10 reasons why you need to get your hands on the new Skechers D’lites 2. 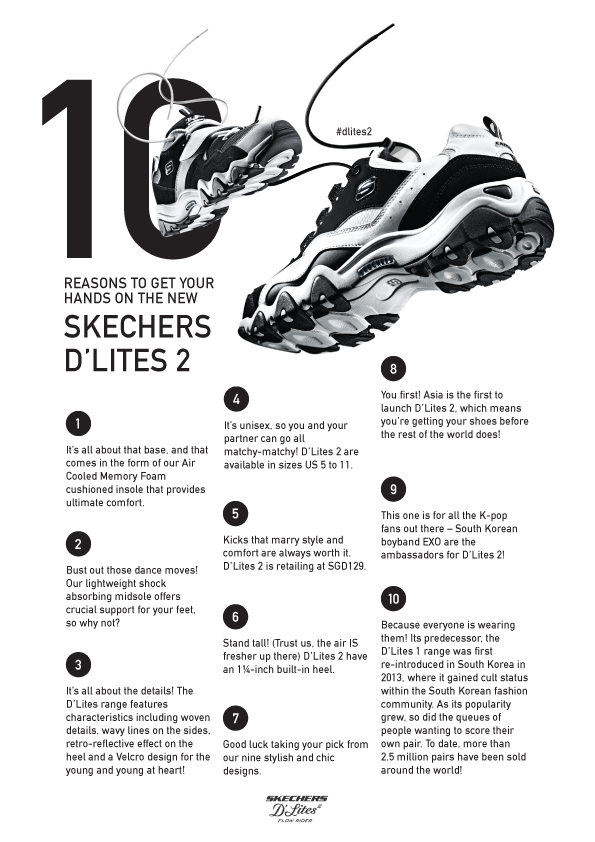 1. How do you feel about being ambassadors of Skechers D’Lites 2?

They look great, are extremely comfortable and we can dance in them! The shoes come with cushioned insoles and are shock absorbing as well – we tested them out when we performed some dance moves for the filming of the TV commercial. The trendy design is a bonus as well, its textures and details lend an interesting touch to any outfit.

3. How do you think they fit your lifestyle?

Right now, we are busy touring Japan, so we definitely need comfortable shoes! Being on the go is tiring and we like to be as comfortable as possible to preserve our energy so we can deliver the best performances for our fans.

4. Which EXO member do you think looks best in these shoes?

Hopefully our EXO-L members think we all look great in the shoes? Or… maybe they can take a vote instead!

5. Which gender do you think wears it better: Male or female? Why?

We think that both guys and girls look good in the D’Lites 2.0. They are for both genders so they are perfect couple wear shoes too!

6. How do you style your outfits with Skechers D’Lites 2?

It’s not difficult actually, we think it goes well with many different outfits – pants, shorts, skirts and dresses. The designs are versatile and stylish.

7. If you were to choose a shoe to represent EXO, what kind of shoe will it be and why?

Skechers D’Lites 2, of course! They look great, they perform well and best of all… people around the world love them!

8. What kind of shoes would you look for when you perform and go for events? What do you look out for when looking for shoes?

Definitely comfort and aesthetics. It’s not easy to find shoes that have both of these, so we’re glad to have Skechers D’Lites 2.

9. Do girls in sneaker appeal to EXO? Or do you prefer girls in heels?

We would be happy if you wear the same Skechers D’Lites 2 shoes as us.

Chanyeol killing with some moves of his style to the beats in ‘D’Lites 2’ for Skechers. ?

Xiumin touches his lips before getting into serious mood for some moves in ‘D’Lites 2’ for Skechers. ?

Suho throws in two smooth 360° turns in his simple yet charismatic moves, wearing ‘D’Lites 2’ for Skechers. ?

Put your hands up in the air, and move your legs. Chen is doing it, wearing ‘D’Lites 2’ for Skechers. ?

EXO’s Sehun showing his kicks as he glides effortlessly. ?

Kai can just sit but still look so cool jamming to the beats with just his body ?

? What goes on behind the scenes at the Skechers ‘D’Lites 2’ shoot? Watch it now:

All images, videos and information contained in this story and social media are used with permission from Skechers Singapore.

45
SHARES
FacebookTwitter
SubscribeGoogleWhatsappPinterestDiggRedditStumbleuponVkWeiboPocketTumblrMailMeneameOdnoklassniki
Related ItemsEXOSingaporeSkechersxo
← Previous Story Kim So Hyun Talks About ‘Bring It On, Ghost’; Transition From Child Actress
Next Story → OFFROAD Gets Pumped Up For Exclusive Fan Meeting With Filipino Fans