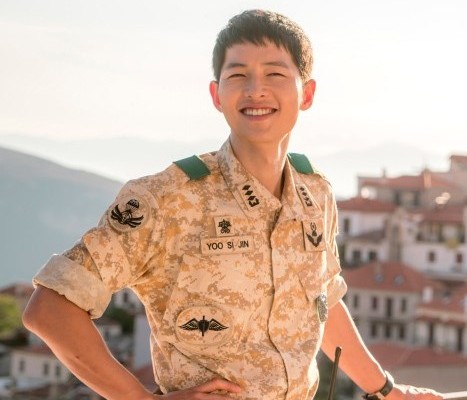 Army is tough. So is Song Joong Ki.

In a 2015 editorial of the Kookbang Daily newspaper published by the Defense Media Agency,  ‘Descendants of the Sun’ male lead, Song Joong Ki, had shared his time while serving in the military back in 2013. The article was released four days before his official discharge.

On August 2013, Song Joong Ki enlisted into the army at the cavalry division, which is located near the border with North Korea. The actor shared that he was afraid at that time for several reasons. Firstly, he joined the army later than most Korean men. Secondly, he is a celebrity, which means that people will look at him differently. In addition, cavalry division is known as a barrack with challenging and tough military training as it is near the demilitarized zone between the two Koreas.

However, Song overcame fears and completed his duty with the help of an advice by an unnamed commander. The advice was largely emphasized on the single Korean word ‘Shindok’, which means perseverance for Song to stick to his own will without the fear of his own public image. He added that living as a soldier made him more mature, as well as gaining valuable life’s experiences.

‘Descendants Of The Sun’ Taiwanese Fan: “If Song Joong Ki dies, I will also kill myself.”